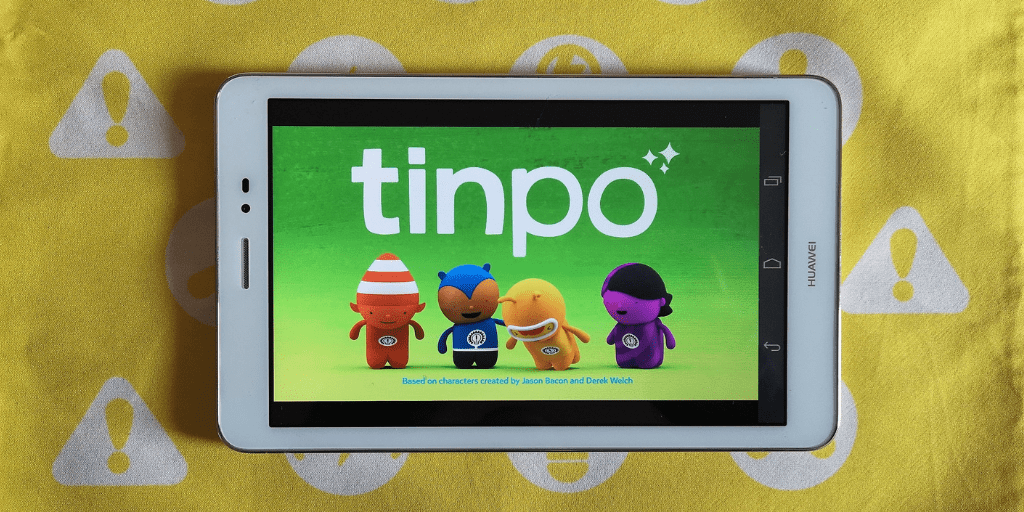 AD – This is a collaborative post. All opinions are our own.

We’re not a family that limits screen time however, we do try to make sure Erin watched some educational shows and plays games that will help her learn. Erin is quite an active 3 year old and would happily run around like a lunatic all day but I personally think that children need downtime and if that means sitting and watching a cartoon, then I’m okay with that.

Erin not only tends to get up quite early but she also comes from from nursery just wanting to sit and chill out and we’ve recently discovered Tinpo on CBeebies. New episodes are on at 6:55am and also 3:55pm from Monday 24th January but there are episodes on iPlayer as well. 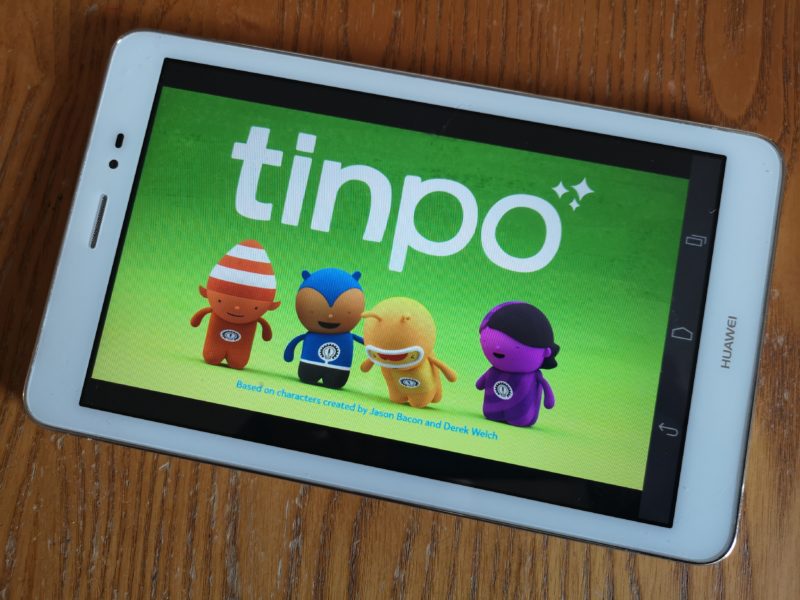 Sometimes, getting Erin to sit still can be quite hard, especially when she’s in a crazy mood. With Tinpo, as soon as she hears the catchy theme music she is hooked and can’t stop watching. I always think a fun and interesting opening to a children’s show is so important because it has to grab their attention straight away. 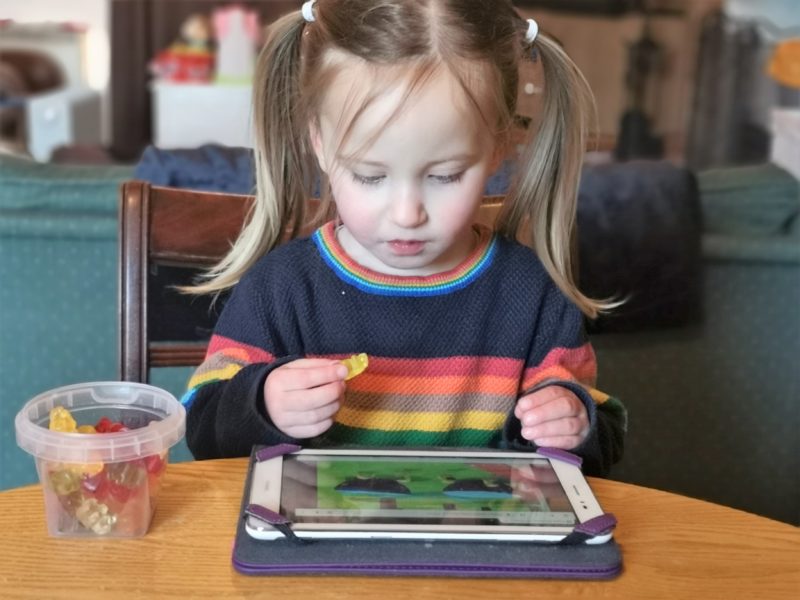 The basis of the show is that Tinpo, along with his team of friends, Dougpo, Logipo and Hackpo, work together to solve problems. If you have a 3 year old, or child of a similar age, then you’ll understand that they can be so inquisitive and ask about absolutely everything and anything. I think this is why she was so interested in Tinpo. 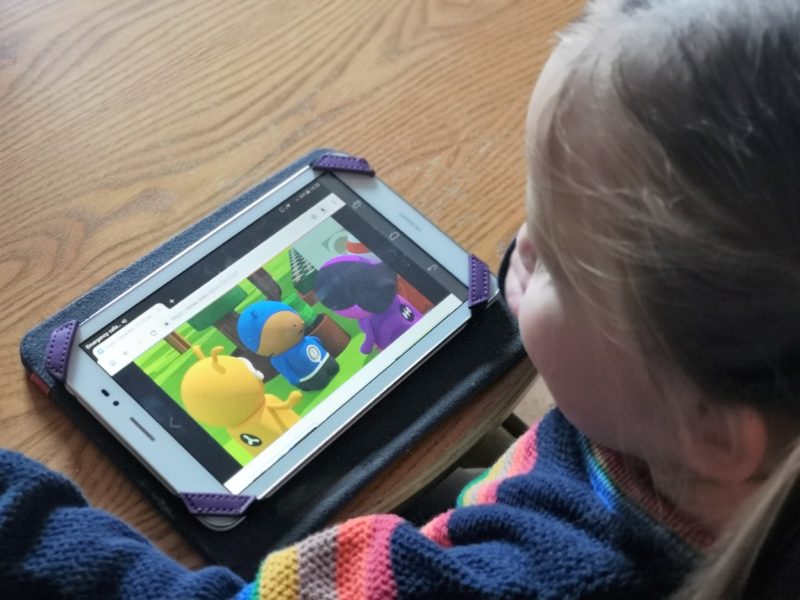 We were recently lucky enough to be able to watch the new episodes a bit ahead of them being aired and Erin loved them! Tinpo is such a bright cartoon with quite simple graphics but everything is really clear and colourful so it’s easy to watch. Tinpo and his team are all different colours so they’re easy to tell apart. 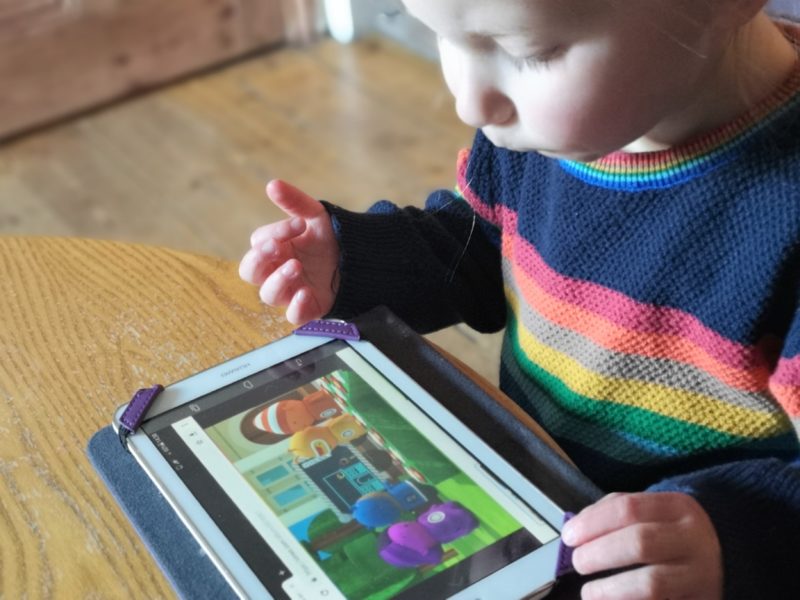 Each Tinpo episode is only 10 minutes long so they’re great for pre-schoolers who can struggle to sit still for too long. We found that each episode has enough happening to keep Erin wanting to find out what was going to happen without her attention going off elsewhere. Erin was able to ask me questions about what was happening in each episode and she also had some very clear feelings about some of the situations in particular. 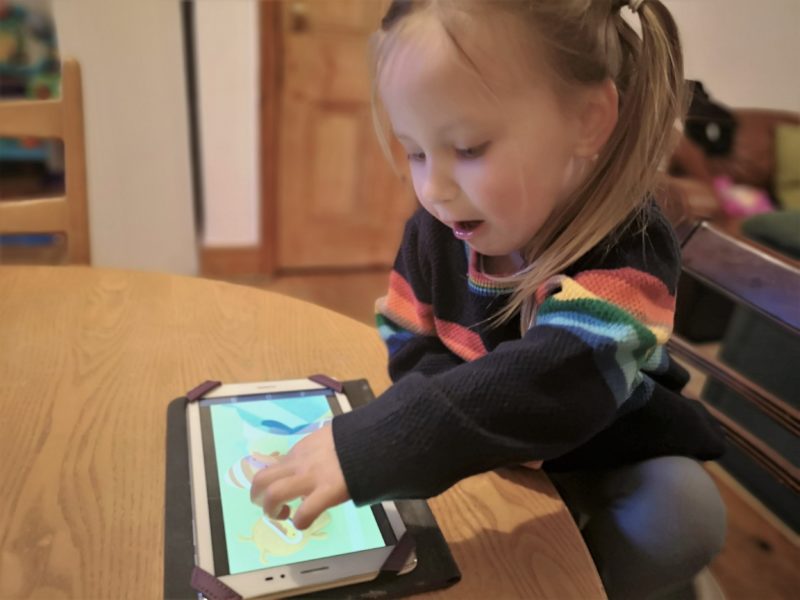 Not only does Tinpo encourage Erin to ask questions but it also lets me talk to her about what could be done in each situation. I love to see Erin so engaged with a cartoon because it means she’s learning something while she’s watching on the tablet or television. In the picture above, Erin was watching the episode ‘Ducking and Diving’ and was so into what was happening, she stood up on the chair and was pointing at the screen. 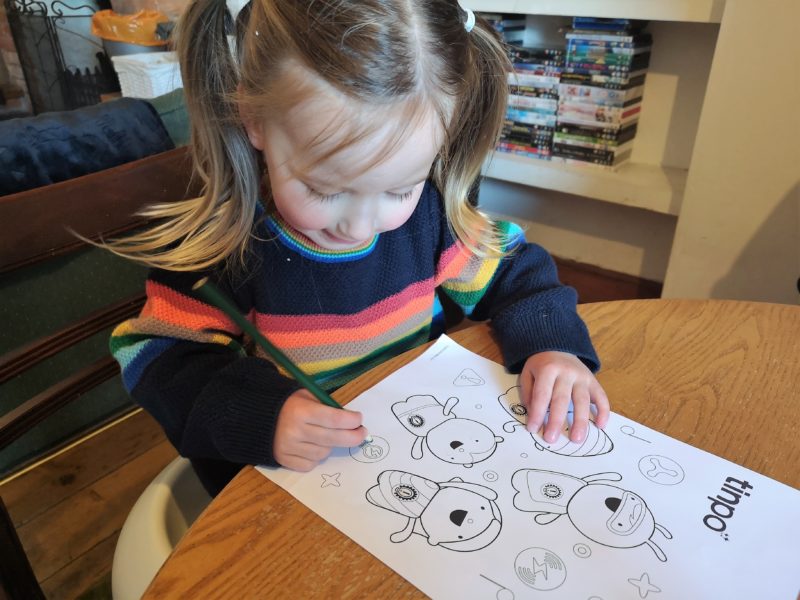 Erin loves to do activities based on her favourite cartoons, books or songs so it was great that we had some Tinpo themed colouring sheets. After watching a couple of episodes we were able to continue talking about what we had just watched while being away from the screen. 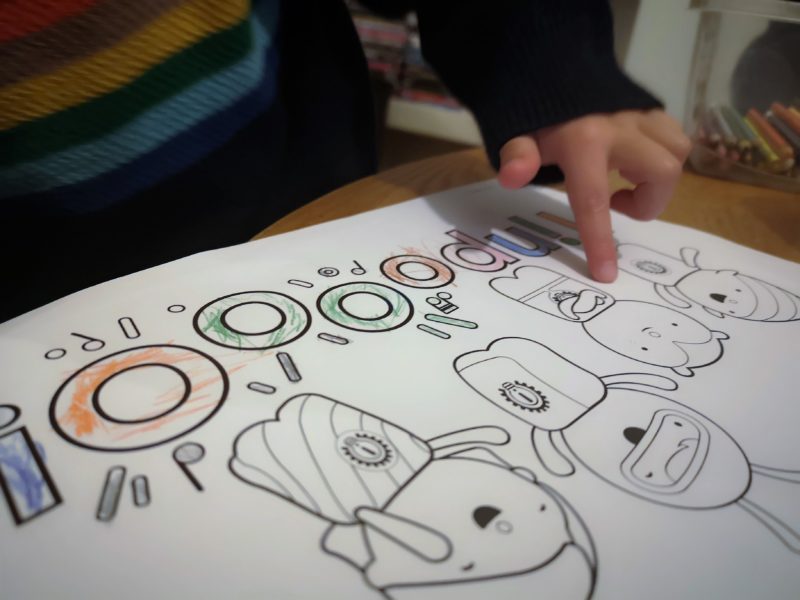 Join in the #Tinpo Twitter Party with @UKMumsTV at 3.30pm on Monday 28th January for a chance to win prizes. 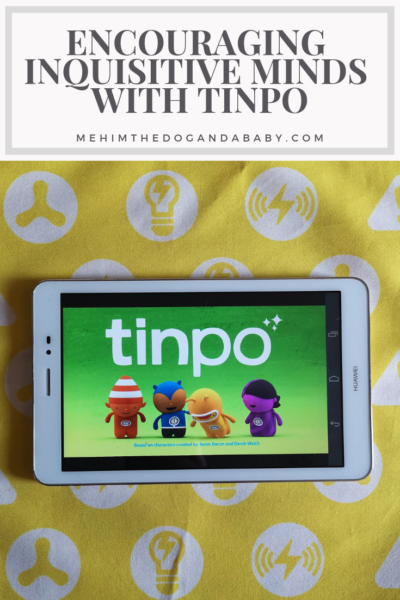