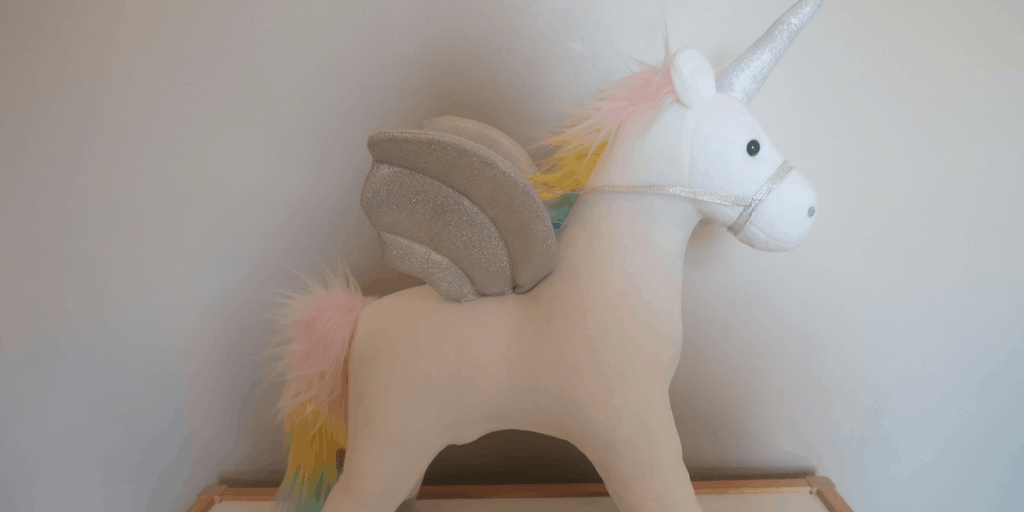 It has really taken Erin quite some time to be into soft toys. I tried to get her to like them as a baby and she wasn’t having any of it so everything we bought her ended up on shelves in her bedroom or in a box. Over the past couple of months though Erin has really started showing more of an interest in certain things and watching shows like Shimmer and Shine have helped to introduce her to things like unicorns, which she now loves. We recent received the GUND My Magical Light and Sound Animated Unicorn Soft Toy and I cannot tell you how excited Erin was when we gave it to her. Well, actually I thought I’d hidden it on a shelf I didn’t think she paid attention to but she spied it at breakfast and was so excited so I had to give her it early. 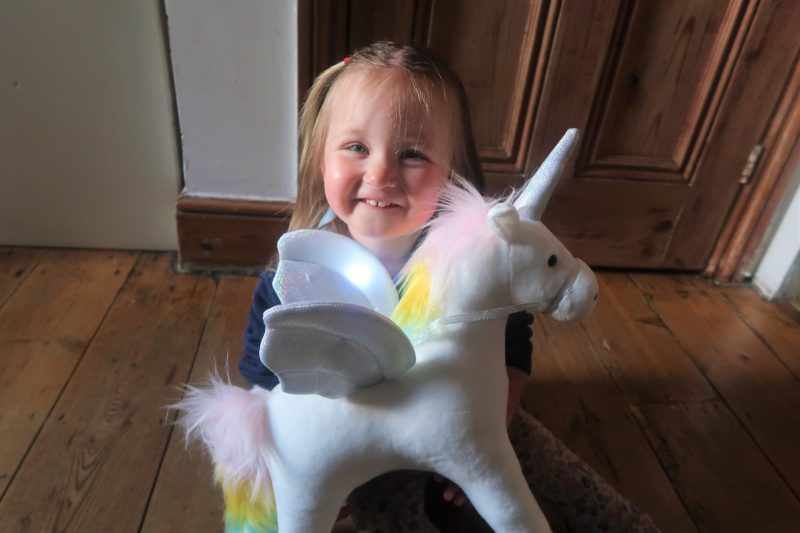 The GUND My Magical Light and Sound Animated Unicorn Soft Toy stands at an impressive 54cm tall so while it isn’t huge, it is larger than a lot of other soft toys. I knew how big the unicorn would be before it arrived but I don’t think that ever really prepares you for the size of something you haven’t seen in person before. 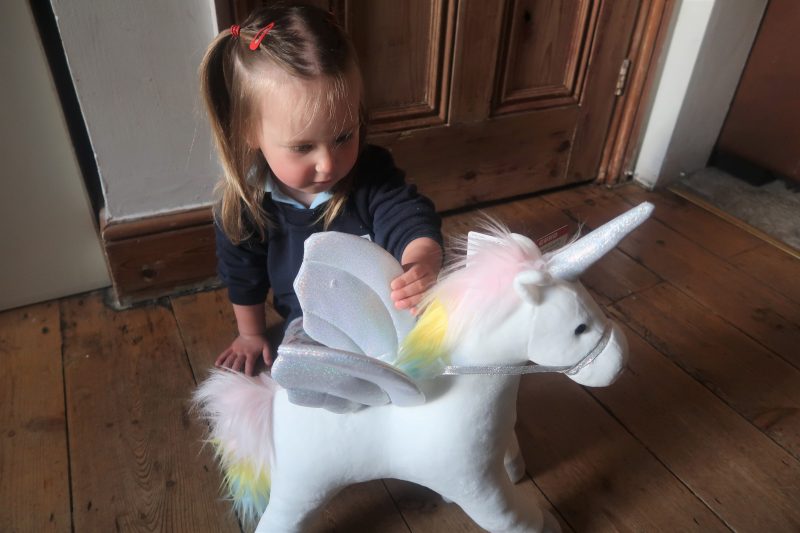 Erin has played with the My Magical Light and Sound Animated Unicorn Soft Toy every day since it arrived. She wakes up in the morning and gives it a hug and strokes it’s mane. It’s really nice to see Erin playing so nicely with a soft toy as this isn’t something she has really done before, apart from with her set from Paw Patrol. 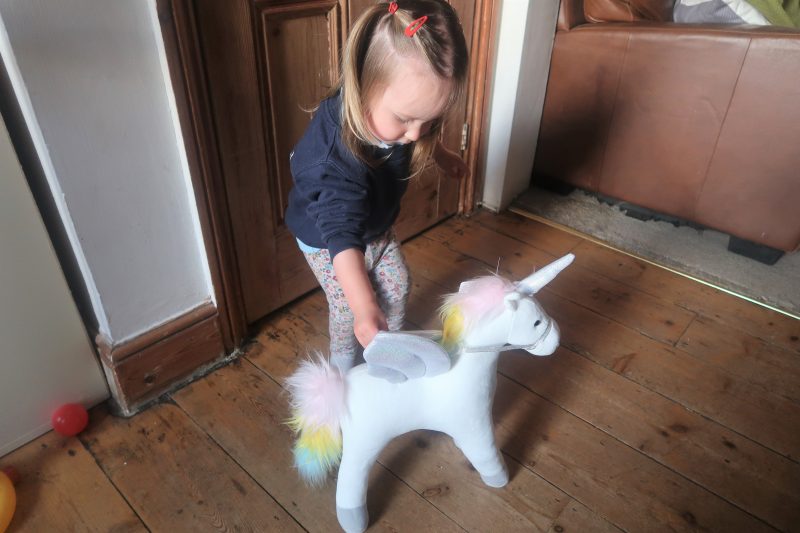 As the title of this post and the name of the toy suggests, the unicorn makes sounds and also lights up. Obviously, this is quite hard to capture in a picture so I have also put together a little demonstration in a video, which you can see below!

The lights and the sounds are honestly the thing that Erin loves the most about the unicorn. To make it work you have to stroke it’s mane and down it’s back but we have also discovered that the lights and sounds are a bit temperamental. We have had the unicorn sitting in the living room and it does tend to start working at random times. Strangely, I have figured out that it doesn’t like being sat in front of a window if it is really bright as this tends to set it off more.

We are so so pleased with the Gund My Magical Light and Sound Animated Unicorn Soft Toy. Personally, I think the size is great because if you have any other favourite toys/ characters they could probably take a ride on the unicorn and this would be a great way ti play with it. On the other hand, Erin wants to ride it herself so I’m sure she would say it just isn’t big enough!

You can buy the Gund My Magical Light and Sound Animated Unicorn Soft Toy here: https://bit.ly/2DzyRR7

Disclaimer: We received this item free of charge for the purpose of this review. All opinions are our own. 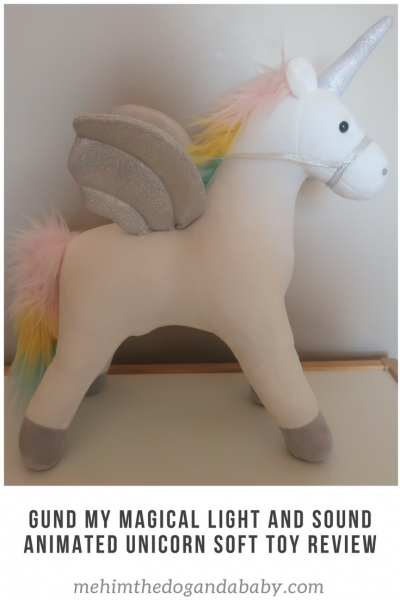