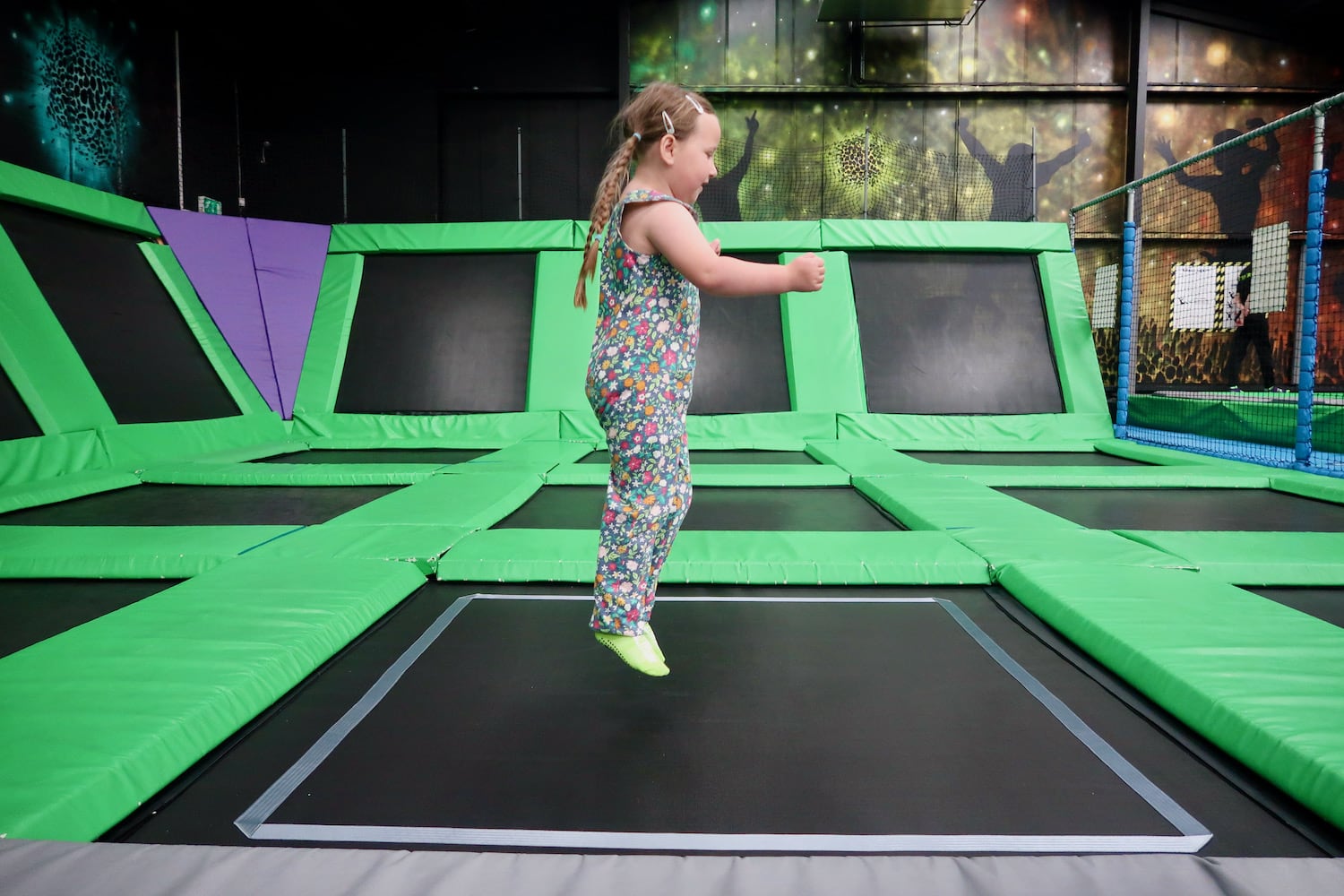 We are so lucky that we have so many options for days out here in Norfolk and there are so many places that we haven’t been to before. We were recently invited to visit High Altitude in Norwich for a bouncing session!

High Altitude is situated on Whiffler Road in Norwich, which is on an industrial estate just off of Boundary Road. This is right near the ASDA superstore. Being a non-driving family it was a bit of a pain for us to get to as we got a train from North Walsham to Norwich and then taxis to and from Norwich. There are buses that stop close by but it would have been a lot longer travelling time for us so we opted for taxis instead. However, driving this would have taken us around 30-40 minutes from home, rather than the hour and a half it actually took us.

Check in was really easy after we had showed our booking and confirmed that we had filled the waivers in online. Waivers must be filled in for anyone who wants to go on the trampolines and everyone doing so must also watch a safety video first as well. High Altitude take safety quite seriously and there are also staff dotted around where the trampolines are to make sure everyone is doing what they’re supposed to be doing. Another safety measure is that special socks must be worn while on the trampolines and these can be purchased when you get there.

We visited at 10am on a Saturday morning and aside from a birthday party that was just starting there wasn’t that many people there. This particular session is aimed at children under 10 so we felt safe that there wouldn’t be loads of bigger children being a bit too boisterous for Erin. In fact, I think there was maybe only 10-12 children there for our hour session. We felt really safe for the whole session and not at any point did we feel like we needed more space.

High Altitude has wall to wall trampolines that are all connected together in one spacious area. There is also a couple of areas to sit if you need a break, basketball hoops and a huge ‘pillow’. At the back of the main section there is also a dodgeball area. There’s a lot more to do than ‘just’ jumping around on trampolines and I actually think Erin really enjoyed the basketball and dodgeball the most.

The pizzas are freshly rolled and cooked in a pizza oven and it was one of the nicest pizzas I’ve had for ages. It was so nice that Erin stole some of it on top of her own lunch. If we visited again and stayed for lunch I think I would definitely get Erin the children’s pizza instead as she loved it so much.

We left High Altitude a bit hot, sweaty and tired but in the best possible way! It can sometimes be hard to find things to do with Erin where she doesn’t really need another child to play with and High Altitude was a great option for this. John and I could do as much or as little as we wanted and Erin was also able to safely bounce around on her own when she wanted to. 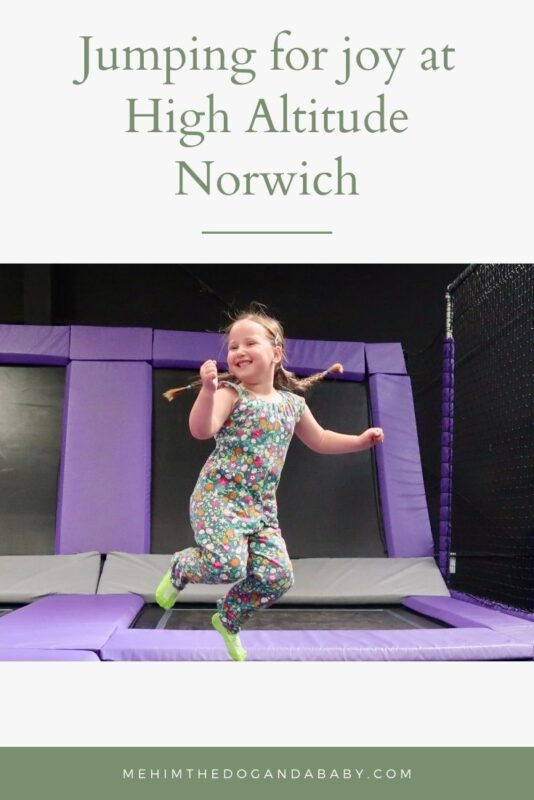