Grab the mistletoe and get ready to find the perfect gift for that special someone this Christmas. Warner Bros. has the ultimate selection, whether you’re looking for him, for her, or for festive favourites to get the whole family in the Christmas spirit. Something a little different this Christmas though is the Justice League 4 Film Collection, available at HMV. 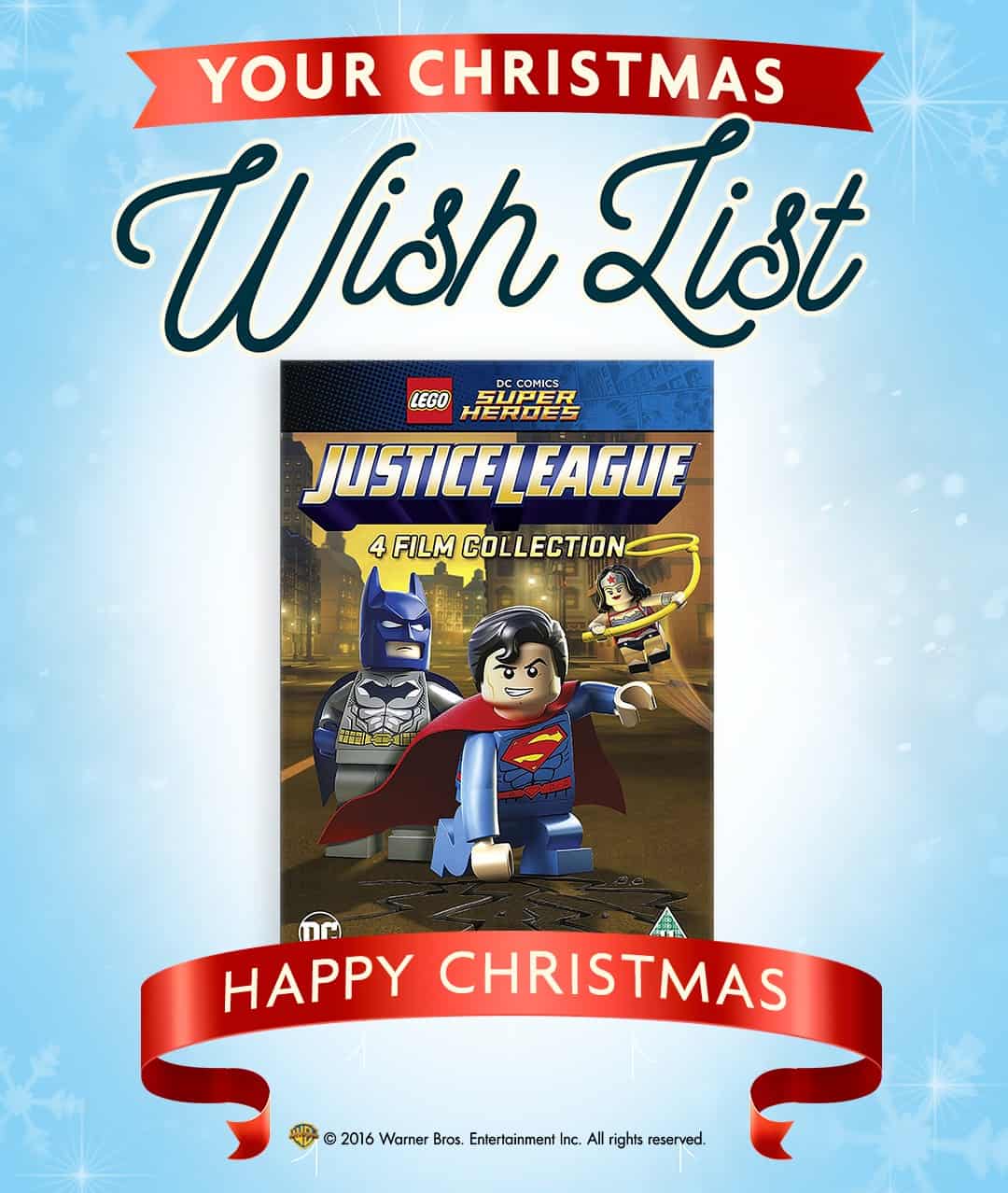 John and I are both massive fans of superheros and we love nothing more than watching a Justice League film on an evening. We’ve actually just recently watched Batman vs. Superman, which was amazing. These films are not really child friendly but the Lego moves are really family friendly so they’re a perfect pick this Christmas!

In ‘Justice League: Cosmic Clash’  the Justice League must defend Earth from Brainiac, a supercomputer that travels through space collecting planets, but with his sights set firmly on Earth, the heroes are going to have their work cut out. To make matters worse, as well as being seemingly impenetrable, Brainiac also has the ability to bend time. With members of the Justice League flung into different periods in Earth’s history, will they be able to unite and defeat the dastardly foe?

In ‘Justice League: Gotham City Breakout’ Batman reluctantly takes a holiday from fighting crime, with the members of the Justice League agreeing to protect Gotham City while he is gone. However, problems arise when the Joker and the other villains breakout of Arkham Asylum.

In ‘Justice League Vs. Bizarro League’ Superman decides he can no longer contain his evil mirror image Bizarro in Metropolis and decides to send him back to his home planet. Once there the destructive clone forms his own rival group of superheroes to fight back. But when Darkseid (Tony Todd) threatens Bizarro’s planet and the entire galaxy, Superman and the rest of the Justice League are forced to join forces with their polar opposites in the newly formed Bizarro League to defeat Darkseid and restore order to their universe.

Disclaimer: We were sent this product for the purpose of this post. All opinions are our own.