AD – We received complimentary tickets to this show. All opinions are our own.

Last year I took Erin to the theatre for the first time and I was surprised at how much she loved it. Since then I’ve been looking to take her back to see something else and as she loved Zog so much, I thought Mimi and the Mountain Dragon would be a great choice. On the day of the show I wasn’t feeling too good and luckily, John had an unexpected day off work so he got to take Erin instead of me.

I wasn’t really expecting to take my daughter to Norwich Playhouse to watch Mimi and the Mountain Dragon. I was supposed to be working on that Saturday but found out last minute that I wouldn’t need to. Then when Lyndsey woke up feeling like rubbish I was only to happy to take Erin instead! We don’t get to do things like this very often together.

We got the bus to Norwich and had a bit of time to kill before the show started. Unfortunately by the time we reached the theatre Erin had fallen asleep! This gave me the chance to spend a bit of time checking the theatre out and chatting to the theatre staff. They were really helpful, greeted me when I went in and showed me where I could stash my pushchair during the show. They even showed me to a lounge area where I could wait until the show started. 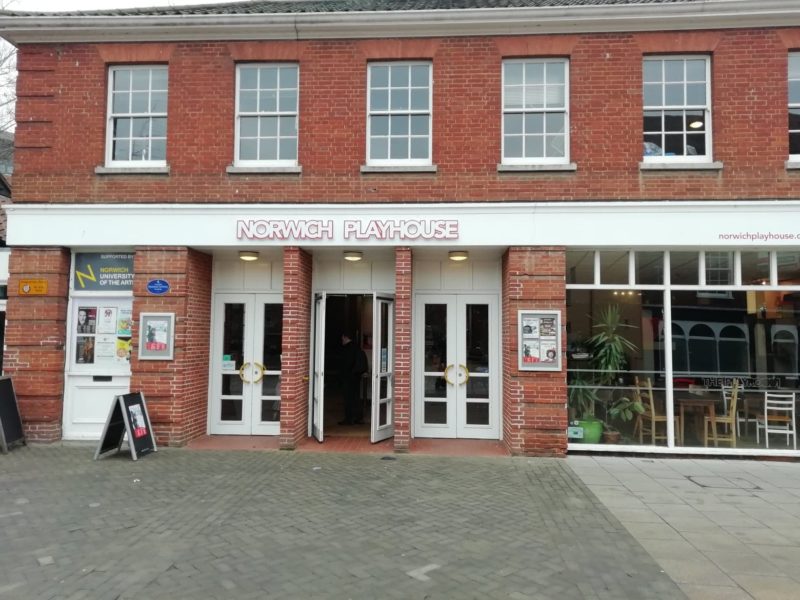 Luckily Erin woke up just in time and we walked up the stairs to our seats together. Because I hadn’t planned on going to this show, I had no idea what to expect at all! I knew there’d be a dragon but that was about it.

As we took our seats we saw there was an elaborate and shiny stage set up. We didn’t have to wait too long when 2 members of the cast came out on to the stage, but they didn’t stay there. One of them took a seat in the audience and started chatting to people, the other was on and around the stage. A puppet kept peeking out from behind the scenery and the cast member in the audience got really excited and pointed it out to the kids in the audience. I thought this was a really nice way to get the kids engaged early on. 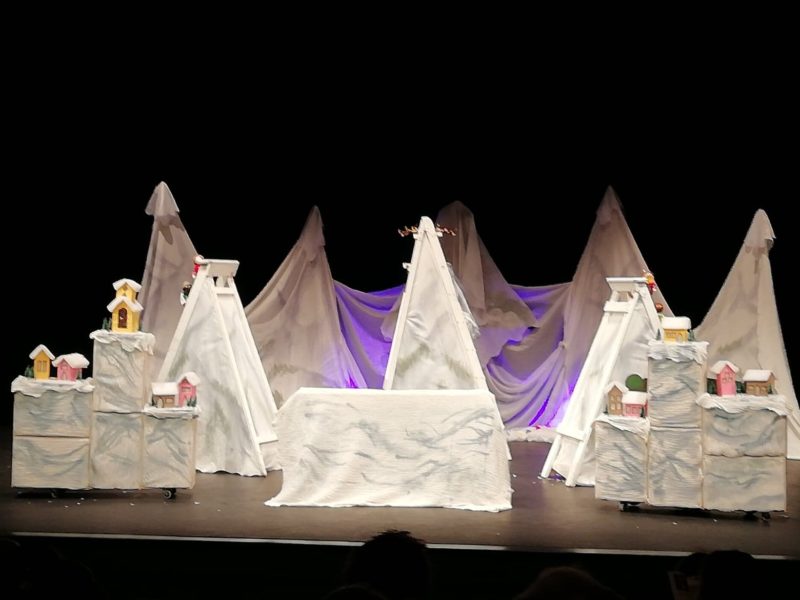 As the show progressed Erin was pretty transfixed by what was going on but didn’t say very much. I kept pointing things out to her and she smiled occasionally. There were 2 main cast members playing the father and mother. They had good chemistry and made a good duo. The third cast member was the main puppeteer and she sang all of the songs. She had a beautiful voice and it added a nice element to what was going on. The story was good, villagers live in fear of the mountain dragon who they believe causes avalanches, so they try to scare the dragon away from their village. Then one day their daughter (Mimi the puppet) comes across a baby dragon and realises she has to help get it back to its mother. She then meets the Mountain Dragon and realises it is not so scary after all. I thought it taught a really good lesson for kids about the importance of not judging by appearance and by first impressions.

The running time was about 50 mins and Erin sat contentedly on my lap throughout. When the show was finished there was an announcement that the children could meet the puppets in the foyer. I asked Erin if she wanted to and she said ‘no Daddy cos they’re scary’. Of course, the puppets aren’t really scary but being only 3 Erin didn’t really understand what they were.

Overall I thought this was a really nice adaptation of a lovely story and I think it’s great that theatres support this sort of thing for children. Erin was excited about going to the theatre, and that is lovely.

Mimi and the Mountain Dragon is a wonderful way to introduce children to puppetry at the theatre!