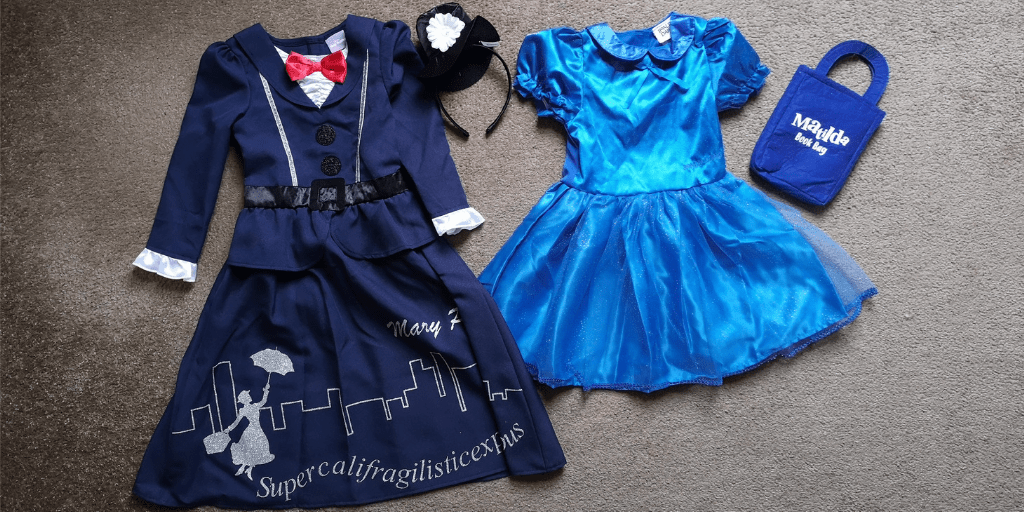 Last year Erin was only 2 and hadn’t been at nursery for very long. I wasn’t prepared for any kind of World Book Day celebrations and I ended up with about a week to source a costume. I didn’t do a very good job and Erin ended up going to nursery as a black cat because it was all I could find in time. So many of Erin’s friends had wonderful costumes that were actually characters from books and I felt like I’d failed Erin somewhat. This year I was determined to be more prepared and Matalan helped me with with their great range of costumes.

Matalan’s range of costumes is so varied and there is something for all ages. Something that I really appreciated when searching for costumes on the website was that nothing was labelled as being for either a boy or a girl. All of the costumes are grouped together and there are some wonderful new costumes this year.

One of the new costumes for Matalan this year is from Matilda. This is a favourite of mine and on World Book Day, what better than to dress up as a little girl who loves reading so much. The costume consists of a sparkly blue dress and a book bag. 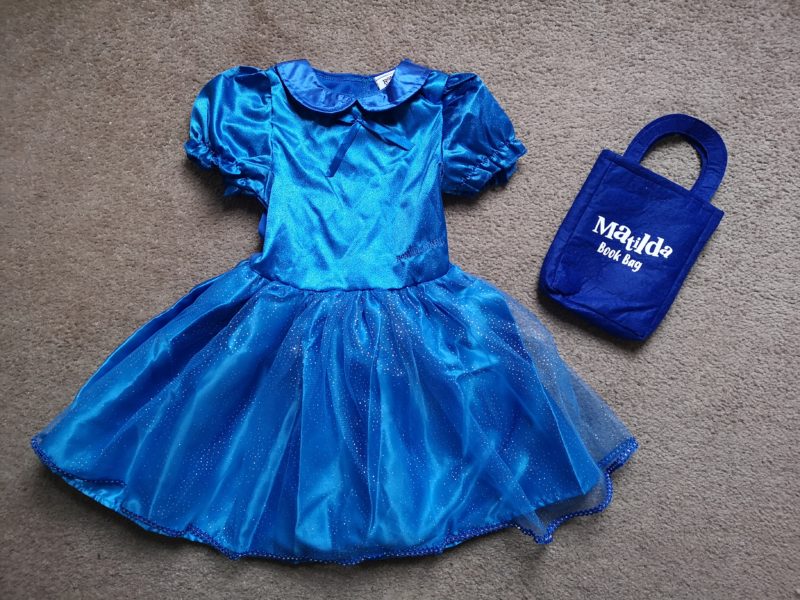 Erin was really excited about the costume as soon as she saw it. The glittery skirt and the bag really appealed to Erin and she couldn’t wait to put this one on. The costume has a velcro closure at the back so it’s really easy to get on and off which is great when you have an inpatient 3 year old. 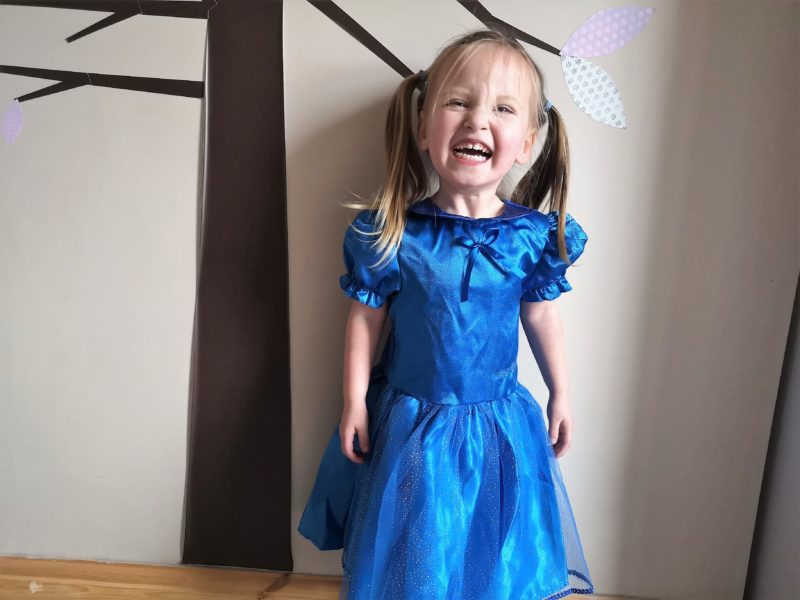 Matalan’s Matilda Costume fit’s Erin so well and I think it was a great choice for her. Usually Erin wears age 2-3 clothes as she’s quite small but this comes down to her knees which is a nice length. The colour is really bright and definitely stands out and along with the cute collar and sleeves, the costume really looks adorable on Erin.

Unfortunately Erin was not a fan of standing still on this day and refused to hold the bag as she was running around a lot so I wasn’t able to get a picture of her with it.

The Mary Poppins costume comes from the existing range from Matalan. The character is a classic and I instantly fell in love with the costume. The costume consists of a long sleeved, floor length dress with a headband accessory. 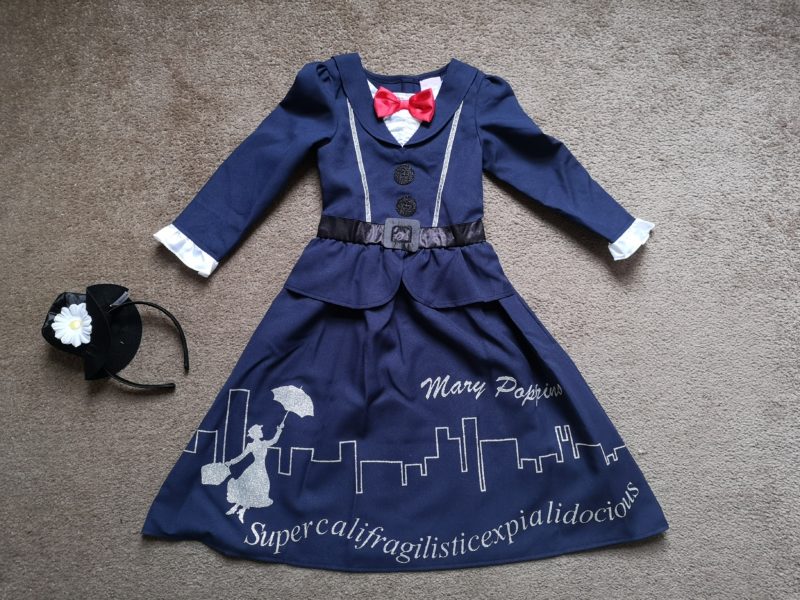 With World Book Day being in March it always ends up being quite cold. I really like that the Mary Poppins costume is long and with long sleeves. This means that children are able to wear tights or leggings underneath without them being seen and can be a bit warmer. Last year I remember Erin being quite cold so I wanted a much warmer and more practical option for her this year. 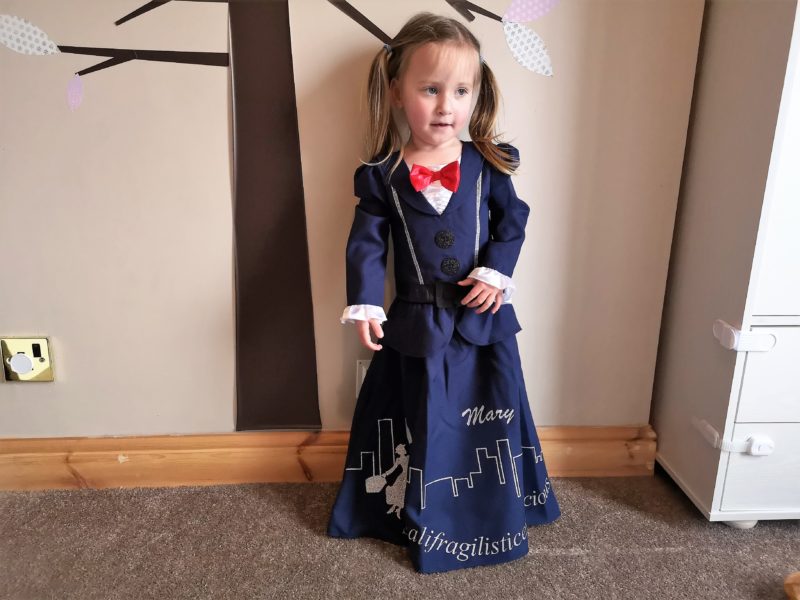 This costume fits quite differently to the Matilda costume. Although this one is a long costume it’s a bit too long for Erin as it does cover her feet but she didn’t seem to mind that. Even though the costume is a little bit too long, it does fit really nicely everywhere else. The sleeves are just the right length and I also like that the dress is a bit more fitted at the waist because of the belt. 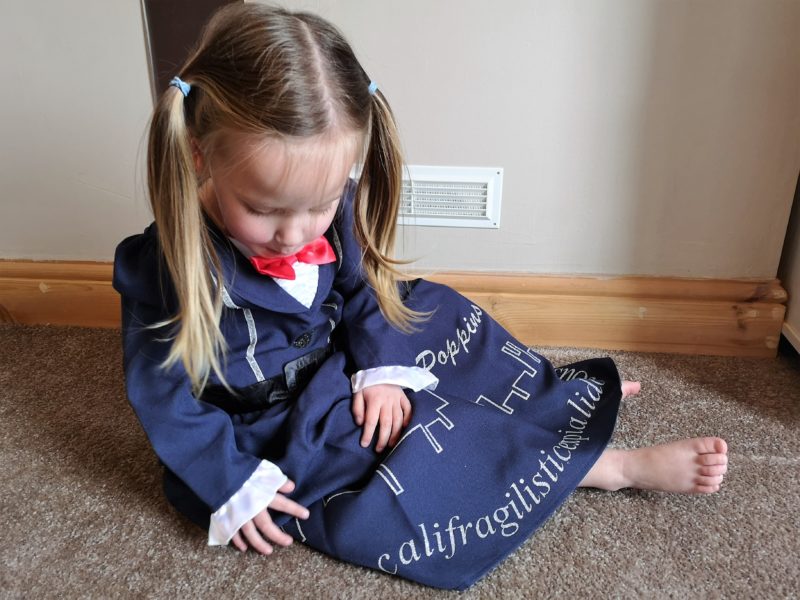 Having beautiful costumes on seems to mean that Erin will just not stand still, not even for a couple of seconds. I had to take so many photos of her sat down or laying down just to get the full costume in. Erin absolutely loved the detailing on the skirt of the dress and we spent a long time tracing the shape of the buildings and picking out letters that she knew.

This year World Book Day falls on 7th March so you still have plenty of time to get your costume from Matalan. We are so happy with our choices and they’re great quality so I know that Erin will be wearing them until they no longer fit! 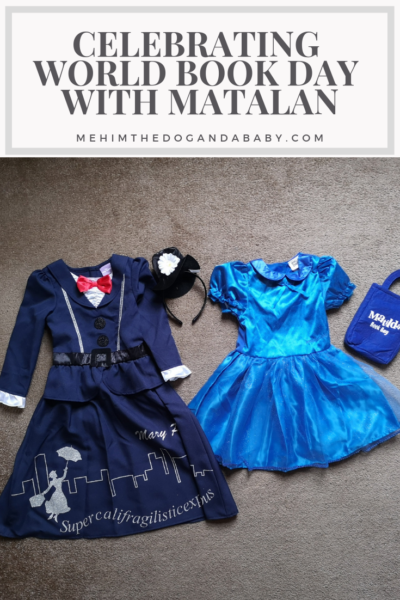