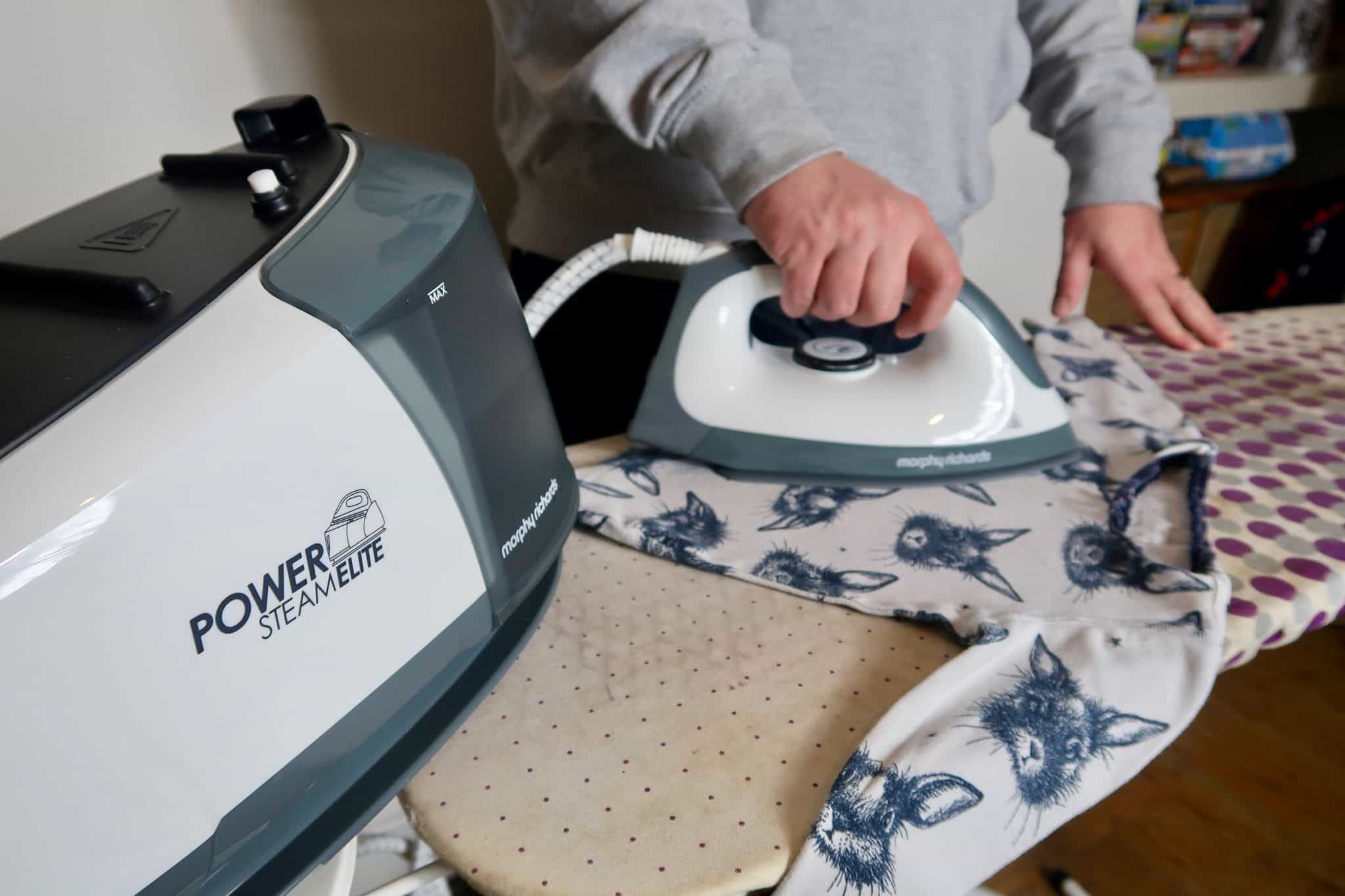 In our house John does the ironing. It is my absolute most hated job and I only really do it once in a while if John has been working a lot or if it’s taking over the world. Unfortunately, with a cheap iron that gets a limescale build up too easily, this horrid chore can take a lot longer than it should do. Instead of replacing our battered, old iron with something similar, AO.com sent us the Morphy Richards Power Steam Elite Pressurised Steam Generator Iron.

Up until now we have only had a regular, cheap kind of iron so when the Morphy Richards Power Steam Elite Pressurised Steam Generator Iron arrived I was pretty amazed at how big the box was. Usually, I can carry an iron home from the shop with ease and it would normally be quite light. This iron is completely different though because it works in a very different way! Instead of there just being the iron you also get a big water tank which is attached to the iron by cables. 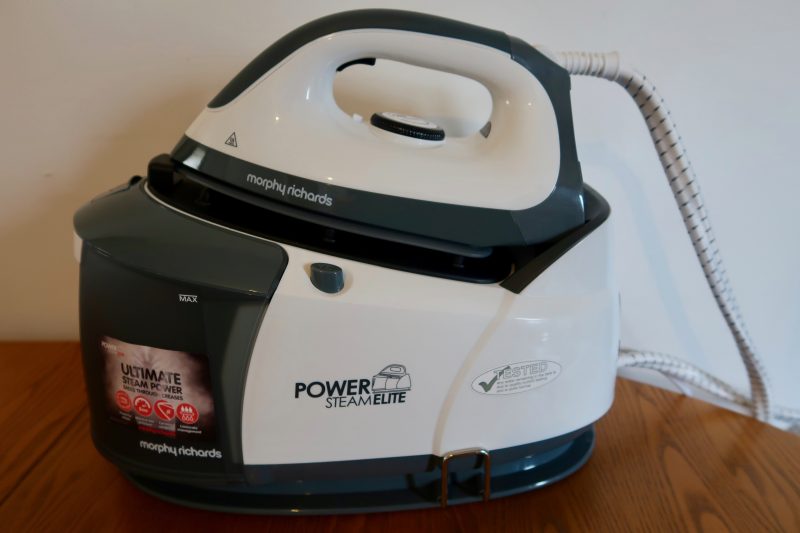 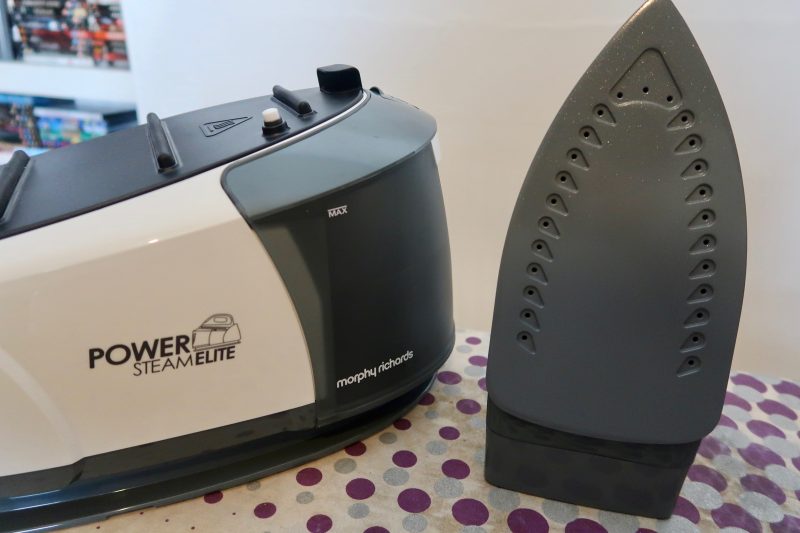 What I didn’t realise before about this kind of iron is that they are less likely to get ruined by limescale, for various reasons. We live in a hard water area so this is something I always take notice of now! As the iron has a separate tank for the water there is less chance of limescale occurring inside the actual iron. The water tank also has a ‘descale’ option. With this, you can easily take care of your iron and not have to worry too much about limescale issues. 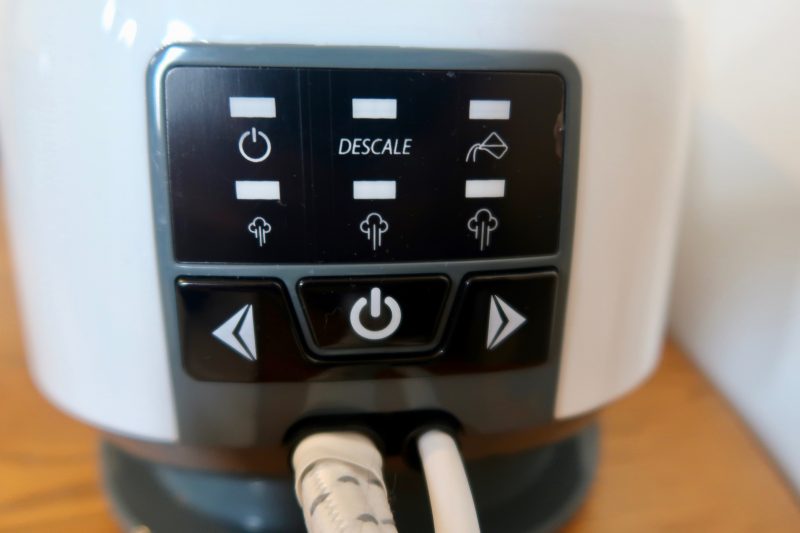 With the Morphy Richards Power Steam Elite Pressurised Steam Generator Iron you are ready to go in only 2 minutes as this is as long as it takes to heat up. The water tank does make a bit of noise when you turn it on but it stops after only a minute or so and doesn’t happen again the whole time you’re using the iron. The iron heats up really nicely and can work through a lot of creases on its own without even having to use the steam function. 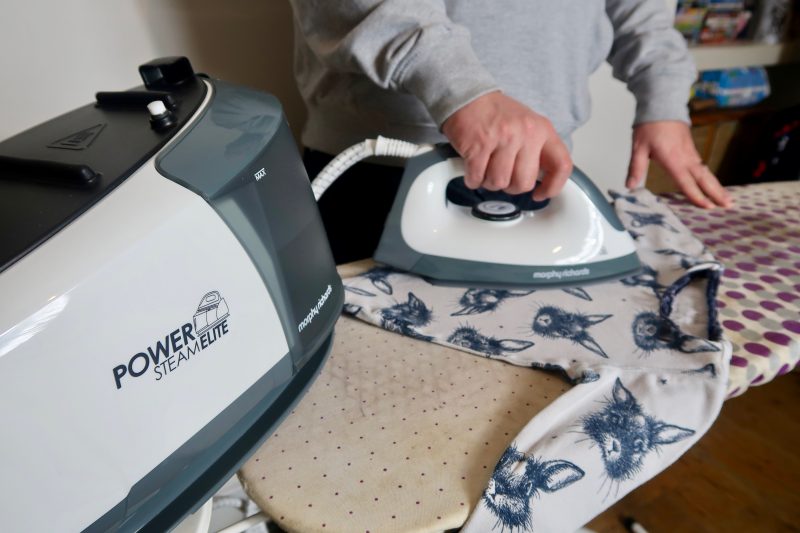 Obviously, the iron cannot get rid of all creases as some are a bit tougher than others and this is where the amazing steam function comes in. On the inside of the iron handle is a black button and this allows you to steam any clothes. The picture below isn’t the greatest but here you can see the steam function in use. Instead of having to go over a crease so many times before it would come out, now it’s gone in a matter of seconds. 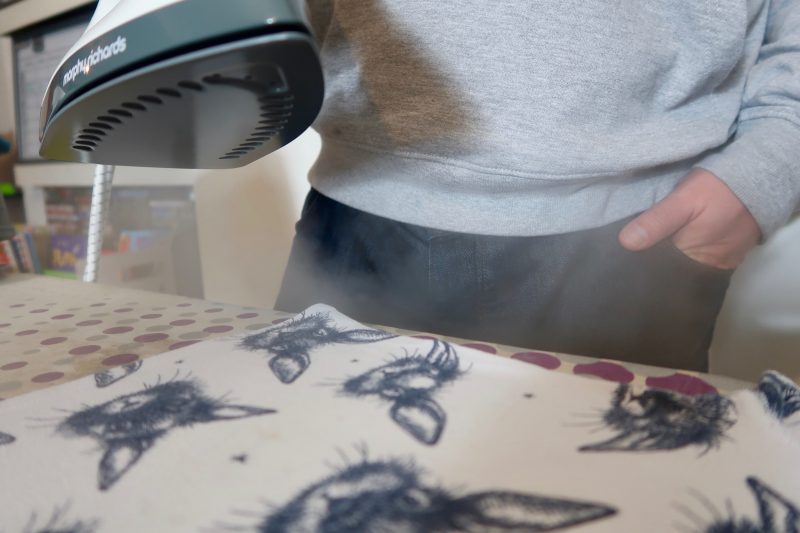 The Morphy Richards Power Steam Elite Pressurised Steam Generator Iron has really cut the amount of time John would spend ironing. He often does a big pile in one go and can spend such a long time doing it but not any more! This iron makes this annoying chore a breeze and a bit less hated that it was before.

At around £99, this is more than we would have paid before for an iron. However, now we have used it for a while we can see that it really is worth paying a bit more and I’m not sure we’d ever go back to a regular iron now! 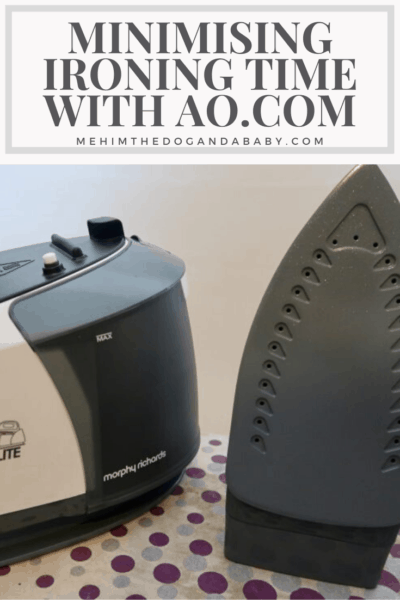