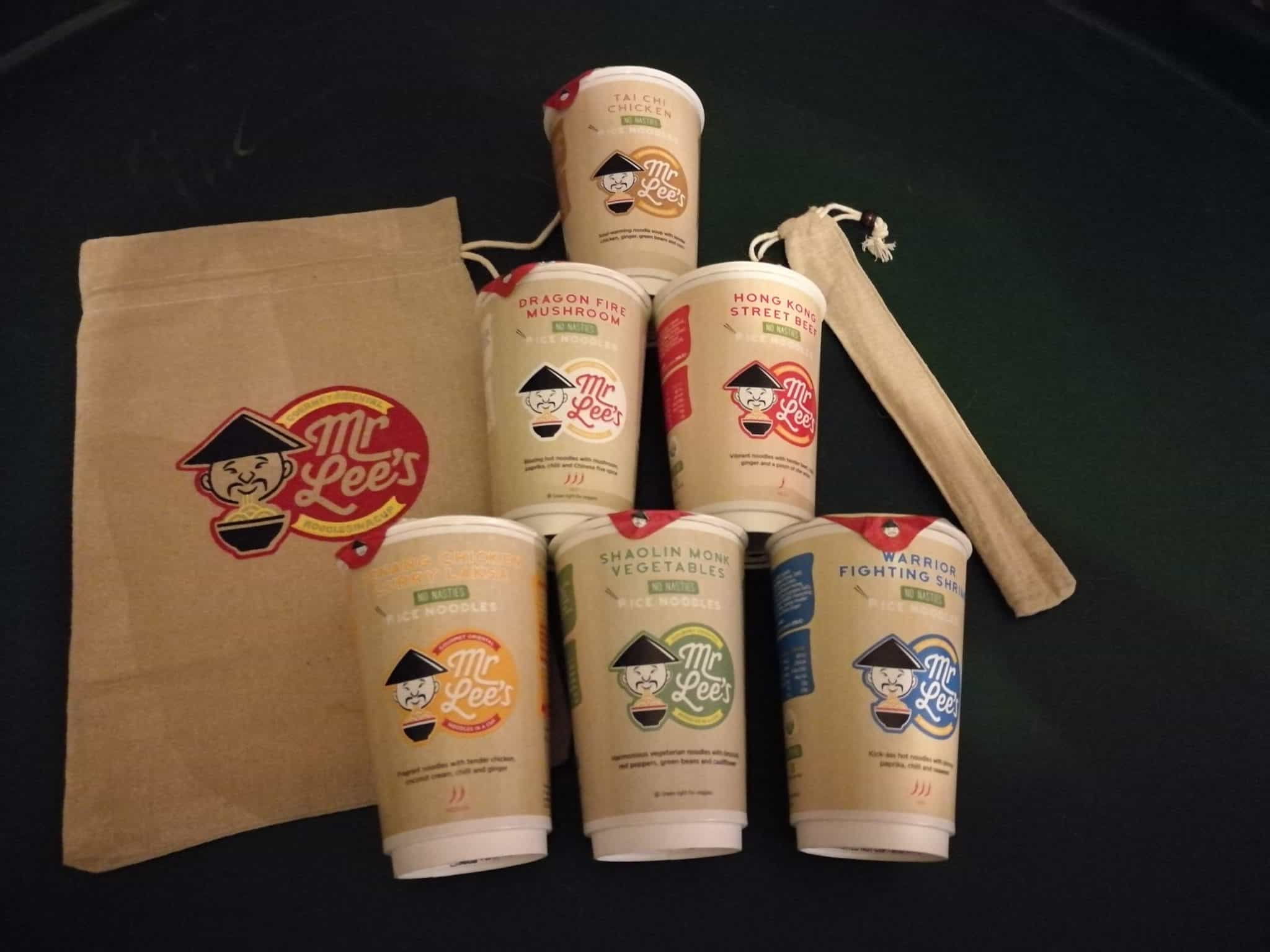 John works in an office where they’re not allowed a kettle or a microwave. This makes his lunches lacking in imagination and he tends to have a lot of the same; sandwiches or pasta. That’s all well and good in the summer but in the winter when it’s freezing, you want something warm and filling for lunch, not a cold sandwich. When Mr Lee’s Noodles got in touch to see if we wanted to try their range, I immediately said yes.

John has tried each of the six flavours available but for this review, we’ll be talking about the Dragon Fire Mushroom pot.

Mr Lee’s Noodles are extremely easy to prepare and cook, something important when you’re in a bit of a rush.

The metal lid needs to be partially pulled off and then boiling water poured into the cup up to the ridge line. Then, give everything inside a good stir, push the lid back down and leave for 3 minutes. The noodles are then ready to eat!

We first prepared the noodles in the pot as the pot directs you to. We then also served up in a dish seeing as we were at home! I think the noodles looked a hell of a lot more appetizing in a dish but that’s really only because you could see everything there was to eat!

The Dragon Fire Mushroom flavour is the hottest available in the range. This is indicated by the 3 chilli’s on the front of the pot and it does state that it is hot. John likes something with a bit of heat but I don’t think he was prepared for this one. After maybe 5 mouthfuls, he asked for a cup of milk to help cool his mouth down a bit.

One pot is more than enough for a really filling meal. As you can see from the pictures, there is a lot more than you would imagine there to be!

At £2.99 a pot (available in packs of 6) these are not cheap. However, compared to a Super Noodle or equivalent, the quality is a million times better. The noodles are also Gluten Free which is amazing and there are child friendly flavours such as Tai Chi Chicken and Shaolin Monk Vegetables available.

Have you tried Mr Lee’s Noodles yet? What did you think?