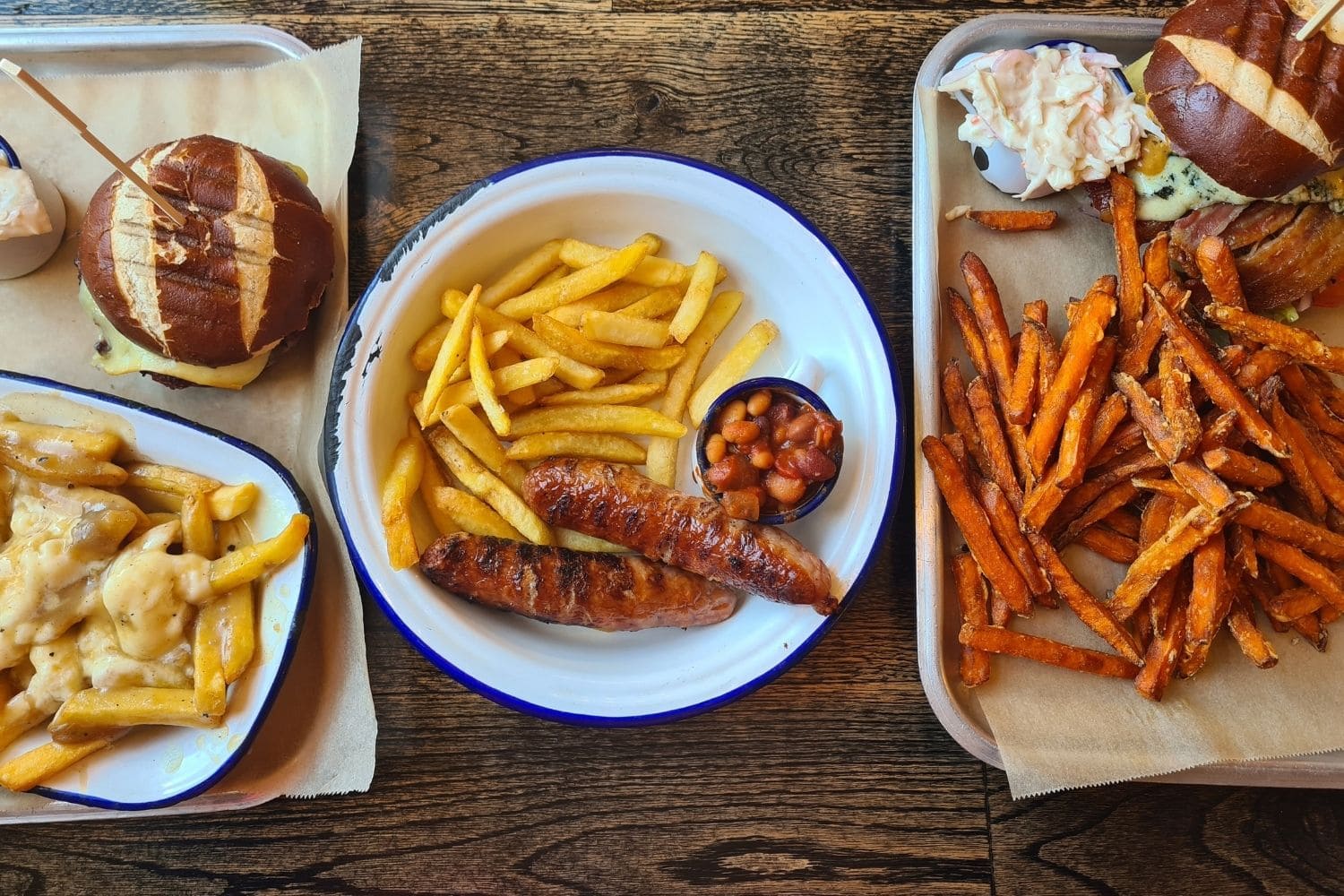 Sometimes, it can be easy to go to the same restaurants you know and love. This is exactl what me and a friend usually do when we go out for a meal. However, a couple of weeks ago we decided to try The Station Smokehouse in Wroxham as they had 50% off burgers on a Monday. I can’t resist a discount.

Where to find The Station Smokehouse

The Station Smokehouse is in such a great location as it’s right at Hoveton and Wroxham train station. This is on the line that runs between Norwich and Sheringham and trains are generally every house. If you’re driving then there is some parking available or there are a couple of other car parks you can use in Wroxham.

With a name like ‘Station Smokehouse’ it’s quite obvious what kind of restaurant this is. You can expect a lot of meat on the menu for things such as burgers, ribs and steaks. The menu, available online, gives information at the bottom with labels for things like Gluten Free, Vegetarian etc. However, there only seemed to be a couple of vegetarian options and from what I could see, nothing vegan.

The menu labels offer an option saying V+* which should mean ‘can be made vegan’ although there are none of these signs near any of the food items. Either the menu is badly labelled or there just aren’t any options available. Even as a meaty kind of restaurant, I feel this really alienates some people. For instance, it’s not somewhere we could go for a family meal as my sister is vegan and there just isn’t an option for her.

For a starter, we chose the chick ’n’ dip, which was a portion of buttermilk chicken strips served with a dip. I always have high hopes for chicken if I order it in a restaurant and not very often does it blow me away. Luckily, this buttermilk chicken was absolutely amazing.

These chicken strips were very clearly homemade and with a fantastic coating. After the first bite I was in love. Sadly, I had to share the starter with my friend and her daughter but I won’t be making that mistake again. The BBQ sauce was also a really good choice to go with the chicken strips.

The menu offers 12 different burgers as well as a build your own option. On the Monday we visited all burgers and toppings were 50% off. A regular steak or chicken burger starts at around £15.75 so the prices are a bit higher than your average burger. I think this is what has put me off going in the past. Most burgers on the menu are around £17.50 with one, a double stacked burger, costing £21.

My friend went for the bacon blue burger with sweet potato fries and asked for it to be cooked as pink as they could make it. As you can see from the picture, the burger was pretty big and was loaded with toppings. The burger was cooked to perfection for my friend and it was pretty pink.

I chose a build your own burger, just adding cheese and being quite boring. I wanted to know what the burger was like without all of the toppings and this was a good way to do it. I asked for my burger to have no pink in it whatsoever as I like my meat cooked and brown all the way through and it was absolutely perfect for me. The burger itself was really thick and very juicy.

Instead of fries I asked for a poutine as a side. Having lived in Canada for a while a poutine was something I grew to love there. Some places say they do a poutine but really, it’s just cheese and gravy with chips. The big difference with a real poutine is the use of cheese curds. This poutine was pretty good but with a southern style gravy so there’s a bit of a twist.

We had my friend’s 2 year old with us and after demolishing a chicken strip, she had her own meal. Children’s meals cost £7 and included a choice from a burger, sausages, chicken strips, Mac and cheese, ribs and pulled pork nachos. Each meal comes with fries, pit beans, charred corn or slaw. The portion size was fantastic and it also came with a scoop of ice cream afterwards as well.

Another dessert option is the cheesecake which seems to change weekly. The menu says to ask what the flavour is during your visit so this could be different each time. The portion size of my friend’s cheesecake was really very generous, especially as it also came with a large scoop of ice cream.

We couldn’t have asked for better service during our visit. When we arrived there was only 1 other table eating but there was quite a few more as time went on and only 1 lady there to serve everyone. She was great at answering any questions we had about the food and was very knowledgable about what The Station Smokehouse served.

I have to admit, I was very pleased with our meal and it was a lot better than I expected it to be. However, I do still think the burgers are quite pricey. Yes, the meat is a better quality compared to other places but it’s not somewhere I could afford to go unless it was a special occasion or there was an offer on. I will be back for those chicken strips at some point though! 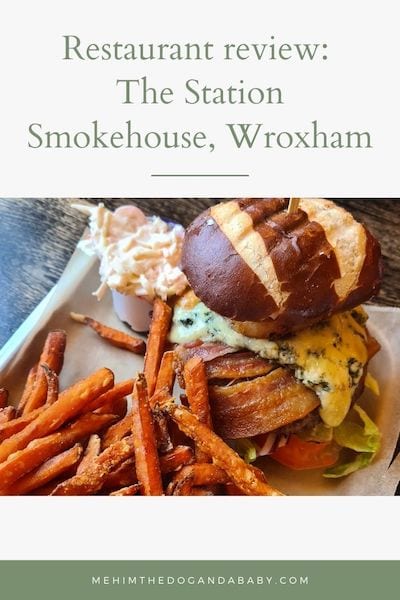