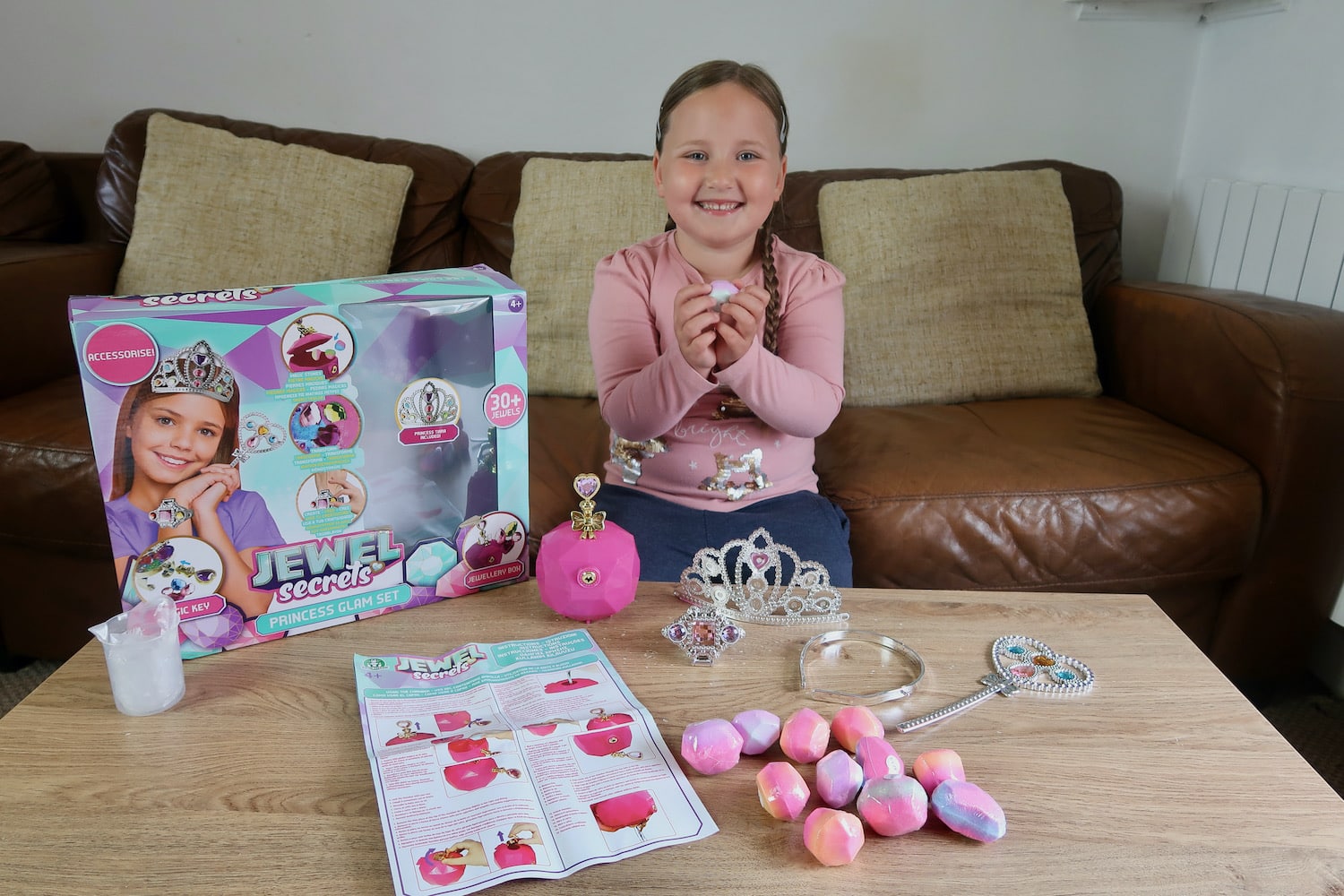 Like a lot of 5 year olds, Erin loves anything to do with gems, jewels and jewellery! She couldn’t wait to get started when we were sent the Jewel Secrets Princess Glam Set!

There are a few different sets available in the Jewel Secrets range such as this one, the Princess Glam Set (£29.99) but also a Royal Jewellery Set (£19.99) and a Ring Set (£9.99), each at varying price points. I like this as it means there is something for most budgets and you can move up to more expensive sets if your children like the others.

Instead of being your average dress up kit or role play items, the Jewel Secrets Princess Glam Set is designed to let your children design their own items and create their own gems using the magic stones and chamber which are included. The set also comes with a tiara, wand and bracelet, some of which already have gems in but they can all be swapped and changed to be personalised by your child.

In order to create some gems you need to use the chamber with the magic stones. Once you have placed a stone inside and locked the chamber with the key you can add water from a hole in the top. The set comes with a little jug and protective gloves and I’d advise you to use these just to stop anything getting stained in the process.

Once the magic stone has been inside the chamber for a few minutes (the larger stones may take a bit longer) you can empty out the water to reveal the gems that were inside. The set contains enough magic stones to let you create 30 different gems and these come in both different colours and different sizes.

It’s important to rinse off the gems with fresh water after they have come out of the chamber to ensure that there is no left over residue on them.

Once you have gone through all of the magic stones you’ll be left with 30 beautiful gems and you can then create the jewellery. Although some of the pieces come with gems already in them, they can be changed quite easily by popping them out and replacing with another one.

The chamber can be used after the gems have all been revealed as well as it can be turned into a great pot for gem storage, especially as it can be locked and kept safe with the key.

If your child is anything like Erin then they might want to lay all of the gems out in front of them and make a plan before putting them in the jewellery. Erin loves symmetry and wanted to see if she could make everything match. She ended up making some beautiful jewellery and loved pretending to be a queen for the rest of the afternoon!

Jewel Secrets toys are available to buy from Smyths 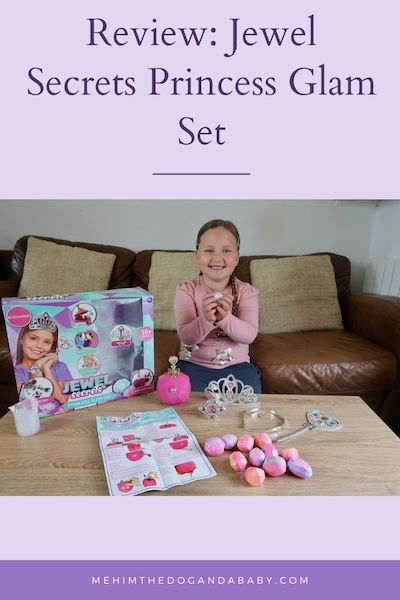