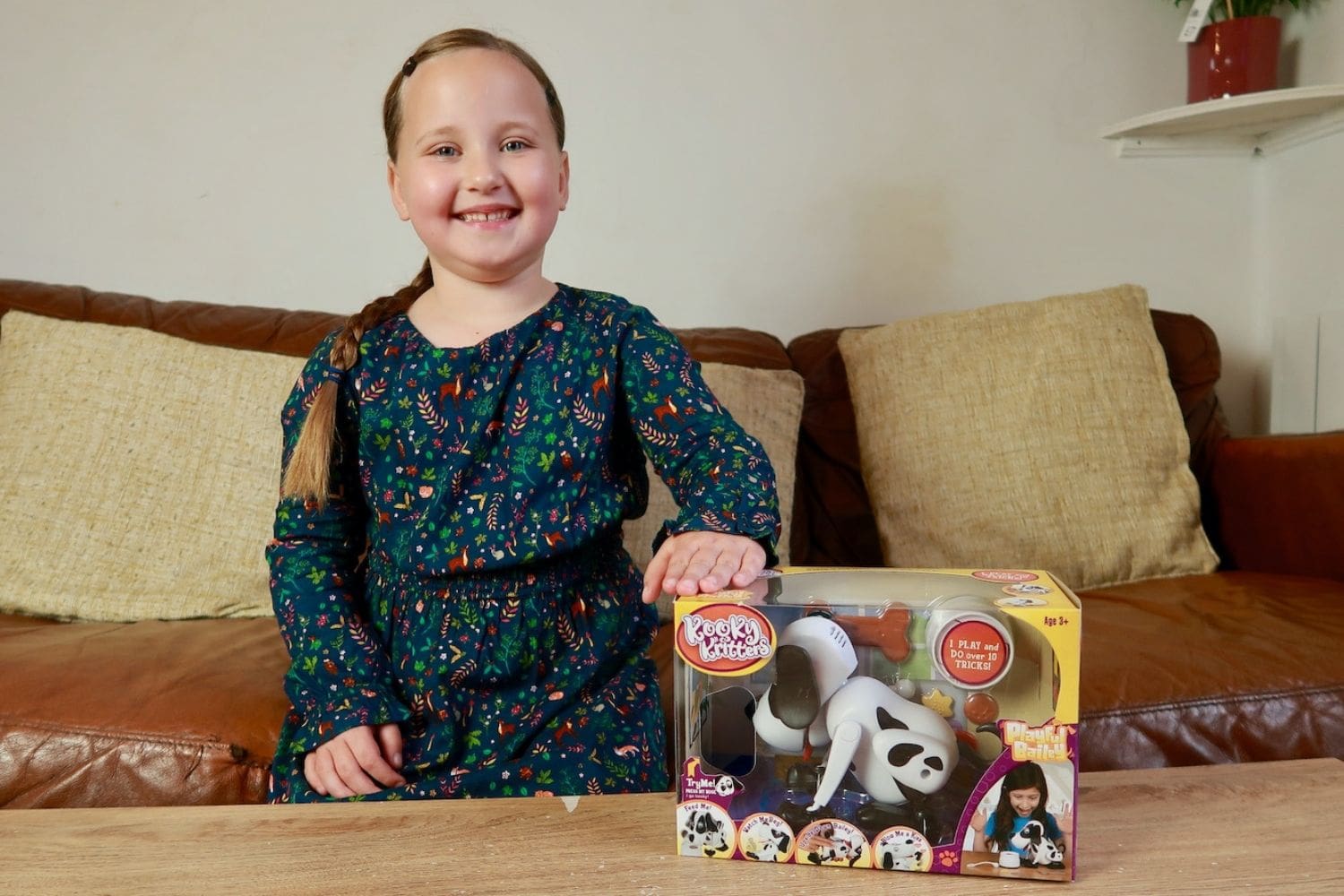 I’m sure there are so many children out there who are desperate for a dog but for one reason or another they might not be able to have one. Erin is definitely one of those children and we have no plans to get another dog any time soon. However, it’s obviously fun to be able to play with a dog and in toy form the Kooky Kritters Playful Bailey is a great option.

Playful Bailey comes with so many great features and children will be bursting to get him out of the box. There are quite a few wires to unwind in order to get Bailey out of the box and then it’s recommended that you change the 2x AA batteries before playing with him. Batteries are included but as there is a ‘try me’ feature, the might not work quite as well as a brand new pair. All in all, I think it probably took us only 5-10 minutes to get Bailey set up and ready to play with which wasn’t really that long.

Along with Bailey the box includes some fun activities for you to use to play and engage with him. Accessories include a bone, tug of war toy, bowl and snacks as well as a mat to help you position Bailey when it’s time for his dinner! The instructions explain how to use each of the accessories and what they do.

Bailey himself is absolutely adorable. I’m not sure what kind of dog he’s supposed to be but Bailey is mostly white with black ears, paws and patches around his eyes and bits of his body. Although he’s made from a hard plastic you can also move a lot of him around which makes him seem a bit more realistic.

Once you are ready to play with Bailey, and have changed the batteries, you need to make sure you move the switch from try me to on. To begin with, press Bailey’s nose and that will wake him up and make sure he is ready to play. However, if you leave him alone for a little while then he will stop barking etc. and sort of go to sleep.

One of Bailey’s really fun features is that you can feed him. He comes with a special mat so you can place him in the right place and position for everything to work properly. Bailey’s feet have sticky pads on them so they can be stuck down to surfaces such as tables to help to keep him steady.

When playing with Bailey children can do so many different things with him. You can talk to Bailey and have him bark to you or maybe you’d like Bailey to sing (bark) you a song… because he does that too. It’s really fun to go through the included instructions and figure out all of Bailey’s tricks.

Other features and tricks include getting Bailey to beg by pushing down his tail, playing tug of war with him and also talking to him where he will bark in response or maybe even blow you a kiss. The things that need to be done to get Bailey to do these actions are quite basic and easy so children will be able to pick it up quickly. The only one we struggled with a bit was the feeding bowl but it just takes some practice.

Playful Bailey is such a fun interactive toy and one I’m sure will be on a lot of Christmas lists this year.

Kooky Kritters Playful Bailey is available from Smiths Toys Superstores with an RRP of £24.99 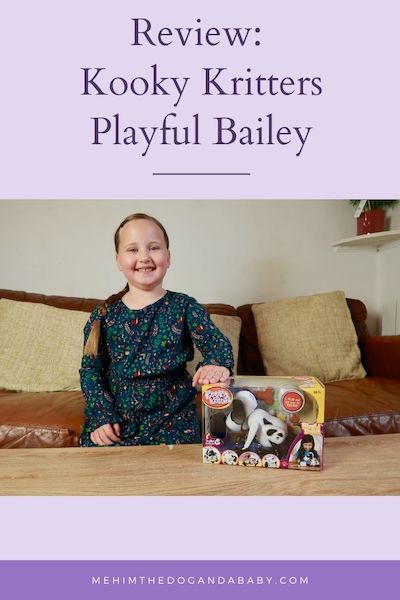