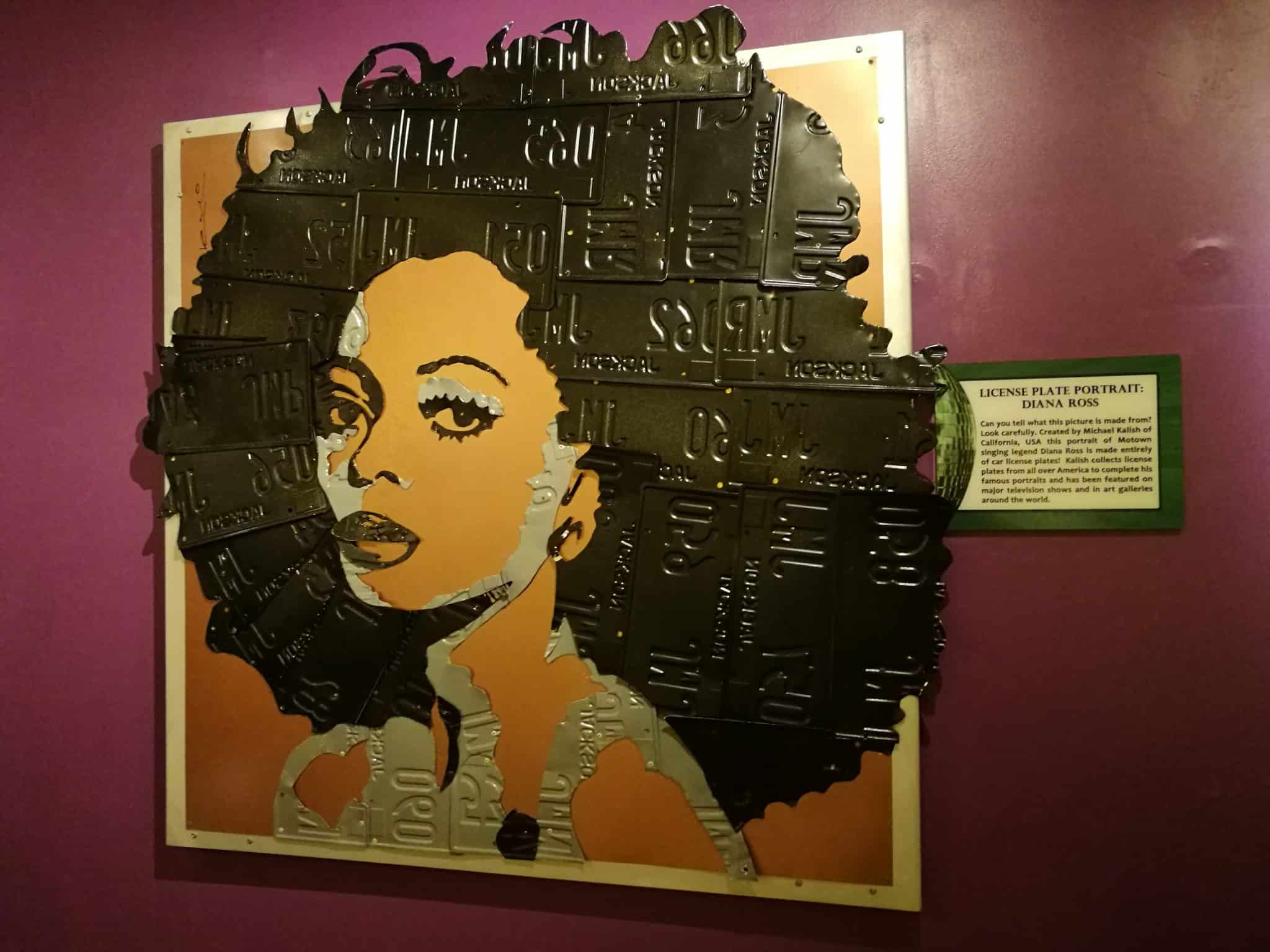 John and I got married in Florida in 2013. While we were there we went to Ripley’s Believe It Or Not and it was so much fun. We recently had the opportunity to visit Ripley’s London and we couldn’t wait!

Ripley’s London can be found smack bang in the middle of Piccadilly Circus. When we arrived Erin had just fallen asleep! Typical and very bad timing. However, we were heading home that day so we couldn’t wait for her to wake up and it’s a good job we didn’t as she ended up sleeping through our whole visit to Ripley’s!

For those who don’t already know, Ripley’s is a place showcasing the weird, wonderful and seriously strange. You’re bound to discover something you’ve never seen before and there is loads to learn!

One of my favourite parts was right at the beginning and that was The Gallery. Here you will find loads of different pictures, mostly of famous people but they’re all made from something a bit strange or different; coins, matchsticks, ash from a fire… you’ll really find all sorts here!

I think both mine and John’s favourite part of Ripley’s London was the Mirror Maze! We’d been told that it was a lot of fun but we didn’t really know what to expect! We were shown to the start of the maze and opened the door. As we went inside we were told to find the exit and the door shut behind us. We didn’t have much choice!

The Mirror Maze is so disorientating! You can’t tell one mirror from the next and passages look like they’re there but they’re not really. I was sure we were going the right way a couple of times and got met with a dead end. However, I was quite proud that it didn’t take it TOO long to find our way out.

John absolutely loved all of the cool picture ops as we worked our way through Ripley’s. I think the picture with the huge, silver gorilla is my favourite and probably his as well!

I don’t want to add too many photos to this post because there is so much to discover and I wouldn’t want to ruin that! Ripley’s has a whopping 5 floors so it’s a great activity for the whole family. I know if Erin had been awake for at least some of the exhibits she’d have really enjoyed them, such as the moving fish floor!

Having been to another Ripley’s already, I have to say that Ripley’s London was so much better than the one in Orlando! There was a lot more to see and a lot more do to! I’d love to take Erin again when she’s a bit older, and a bit more awake!!

8 thoughts on “Ripley’s Believe It Or Not: London”