Sometimes we are asked to review certain products that are super exciting and different. Recently, we were asked to review the ROXI music streaming system by Electric Jukebox. ROXI is the only UK based music streaming system and it currently costs £199 and comes with a full year’s music subscription. There are three colours available; Red, Black and Blue.

The ROXI is probably one of the easiest things we’ve ever had to set up. Once the base unit is plugged in to your television, all you need to do is connect to your WiFi using the microphone as a remote and you’re good to go! The microphone is very much like the controller for a Wii and they take a bit of getting used to if you’re not used to them. 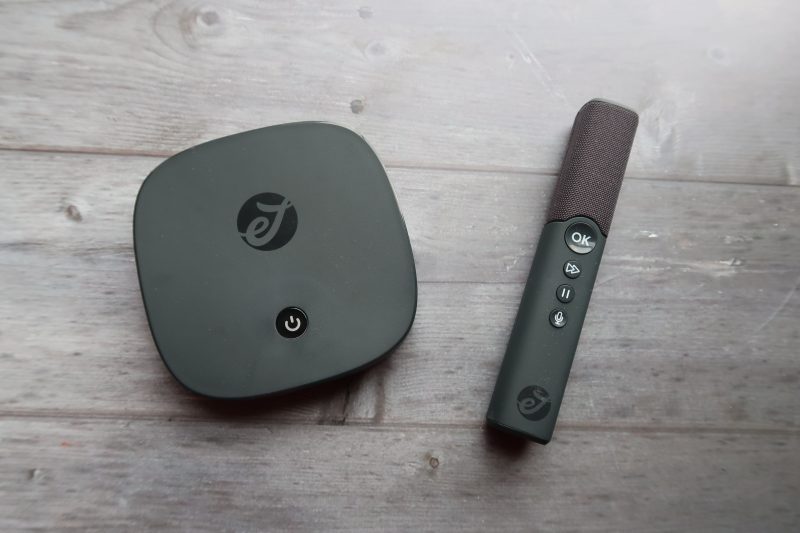 ROXI has more features than I was expecting and it is more than just a streaming service. On the main screen you can pick from listening to music by searching, using a pre-made playlist from Electric Jukebox or one you have made yourself. You can also listen to party playlists and play games! 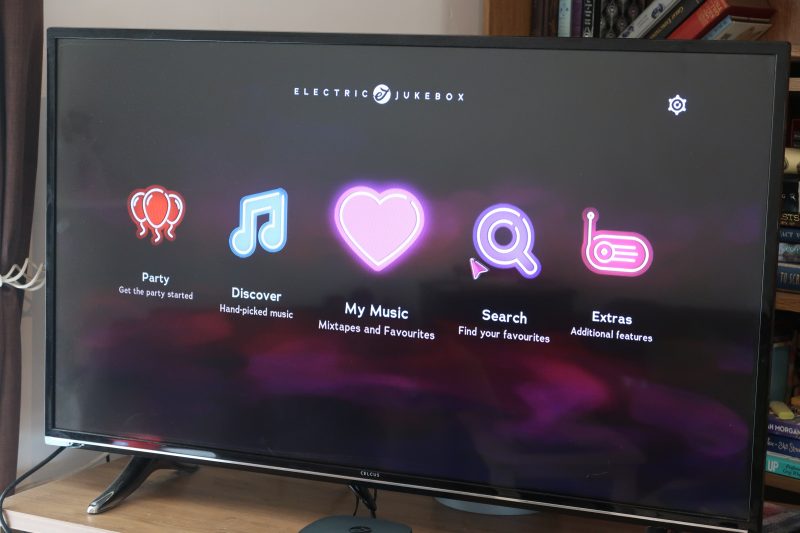 To search, you use the microphone and honestly, it’s a bit hit and miss. Sometimes it picked up what we were saying no problem while others it just didn’t get anywhere close. Maybe it was our accents, maybe it was because something isn’t in the library of music… I don’t know! I think you have to be extremely clear when searching to get it right. Also, some songs such as Disney songs we searched for came up as covers so I assume this has something to do with licensing. Hopefully, this is something that gets worked on as the system is still quite new.

While listening to music on ROXI is okay, it’s not the best thing about the system. ROXI has some fantastic family friendly games and ones that you can also play on your own. 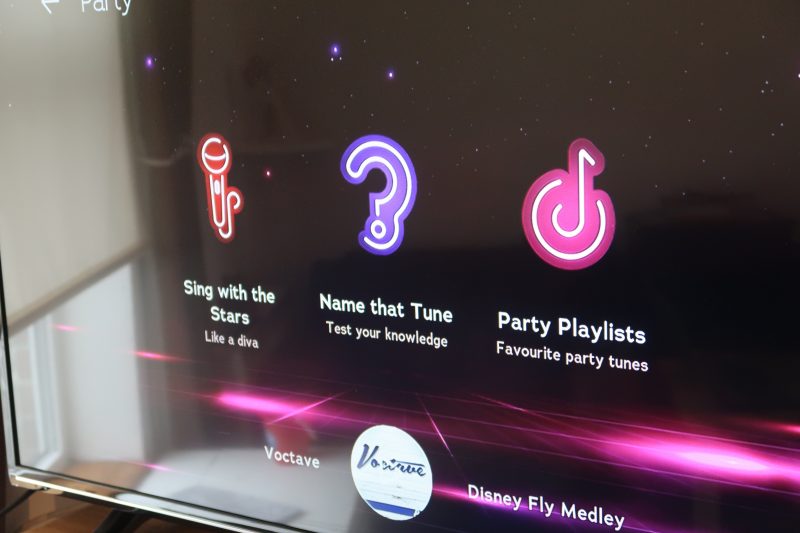 John was pretty quick to try out ‘Sing with the Stars’ and picked a very old Britney Spears song to sing! He’s a strange one sometimes! We found that the microphone was quite sensitive and squeaked a fair bit if we were too close to the TV. There is a volume up/ down button for the microphone but if you have it too low, you might as well not use it because it doesn’t do anything. 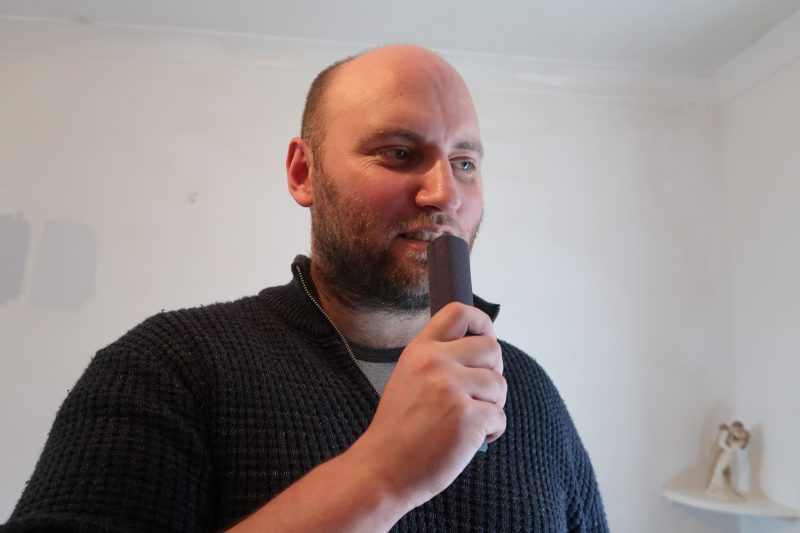 One of the other games is Name that Tune and there are so many categories to choose from. 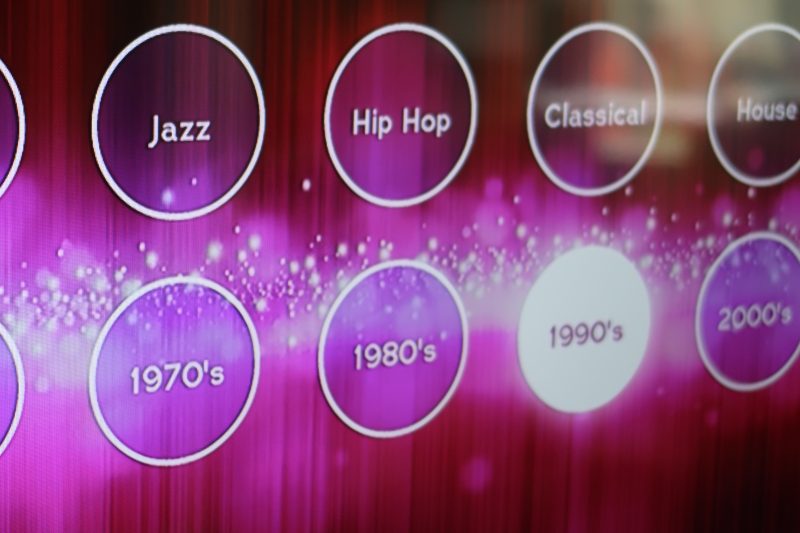 I thought we’d do really well with the 1990’s section but there are some tricky songs in there. You score points based on how quickly you get the right answer and how many you can get right. You get three lives and once you get three wrong, that’s game over! You can add scores and names to a leader board which is fantastic for a bit of family rivalry.

Erin may only be 2 but as soon as she saw/ heard us singing and playing games she wanted to join in too and quickly stole the microphone from us. While she couldn’t really play herself, she did really enjoy dancing around the the music and copying up with the microphone. 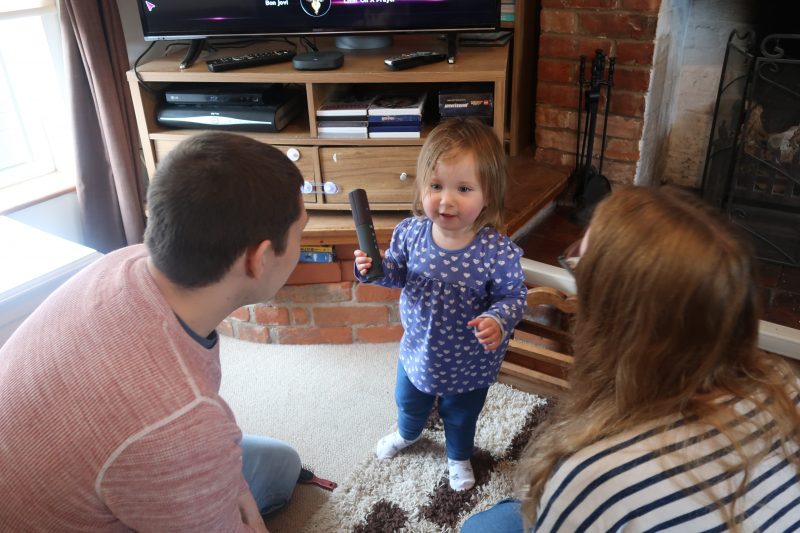 If you’re the kind of family with more children and older children, or have family and friends round quite often then I think this would be a fantastic thing to have. For competition alone on the games, I love the ROXI and we’ll be playing it quite a lot over the coming months.

Disclaimer: We were sent this item for the purpose of this review. All opinions are our own.