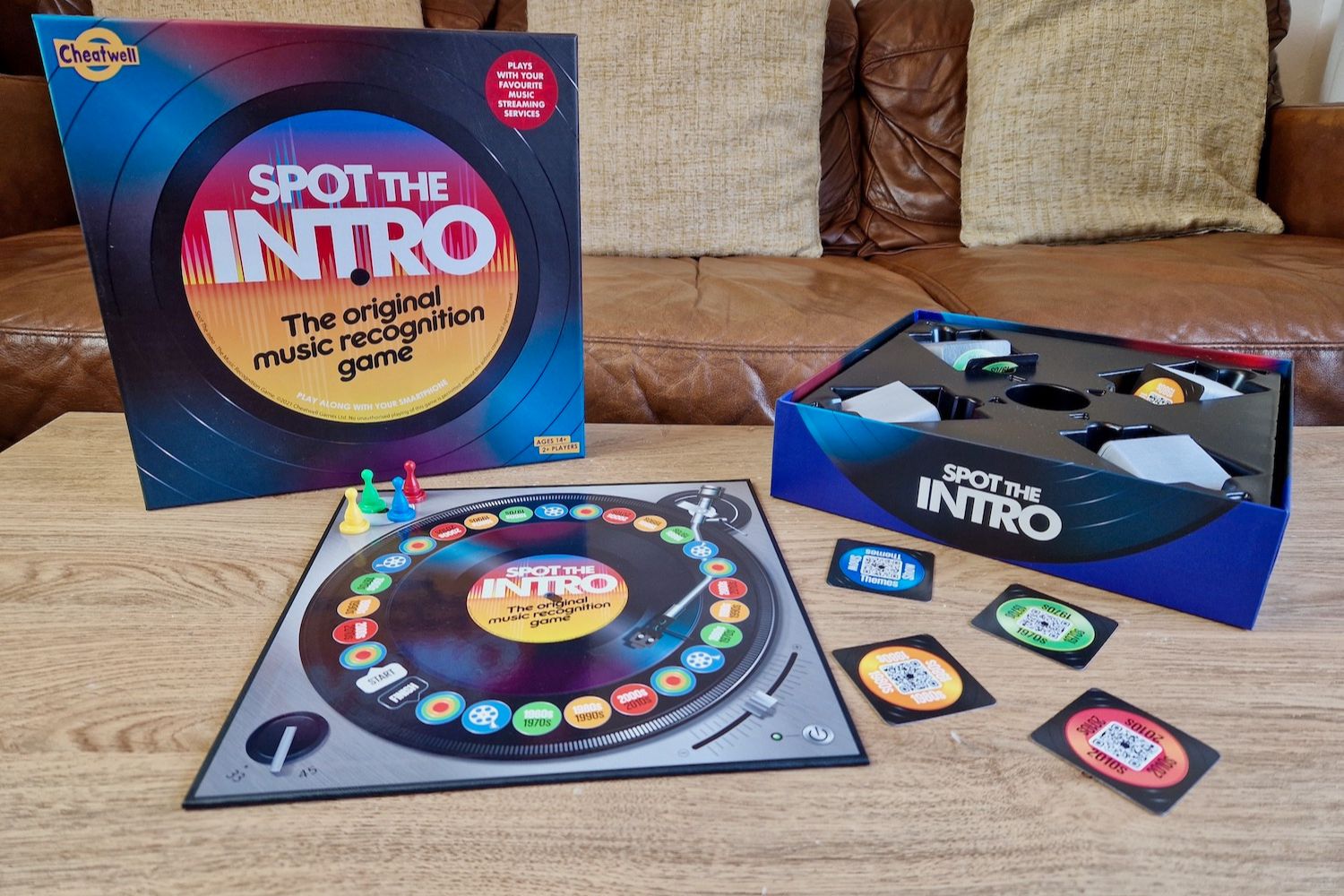 One of our favourite game shows to watch on TV is The Hit List, a game where you have to guess the song just from the intros. When I found out there was a similar game, Spot the Intro, I couldn’t wait to give it a go.

Setting up the game is really simple of really only takes a couple of minutes. Inside the box you’ll find all of the playing cards, set up into categories/ decades. The box is a great way to keep these organised and it also means you don’t need to have lots of pieces out while you play.

Players will choose a coloured playing piece and put it on the start position on the board. From here, players race to guess as many correct song intros as possible, moving around the board until they reach the end.

When it comes to the categories, they are as follows:

Around there board there are category spots, so players can usually choose from 1 of 2 decades for their song. Other spots include a movie/ TV theme song or a spot where you can choose whichever category you want.

Once you’ve chosen your category it’s time to get your song.

Part of the issue is that getting to the actual song is quite long-winded. Not only do you have to scan the card with your phone but you’ll then need to copy a code, open the right app and then search for the song (this was how Spotify worked for us). I was expecting to be able to scan the card, press a button and then the app open with the right song.

Using Youtube is a little bit easier but again, there are plenty of steps you need to take before you get there. All of this makes the game take a lot longer than it could. If you’re looking for a quick game to play, this is not it.

Aimed at people aged 14+, this wasn’t really a game that Erin could play well. However, she’s always determined to try so we let her be on a team, rather than play on her own. Instead of only allowing Erin 10 seconds of a song, we left some of them longer so she might be able to guess the title from some of the words.

When trying to guess the song, you can also guess the singer/ band as well as a bonus trivia question, which if guessed correctly, can get you more points.

Although we have some issues with how you get to hear the music, it is a fun game. You’ll really be able to rest your music knowledge and get to add to it with songs you might now know as well. The game would be much better if the way to play it was a bit smoother.