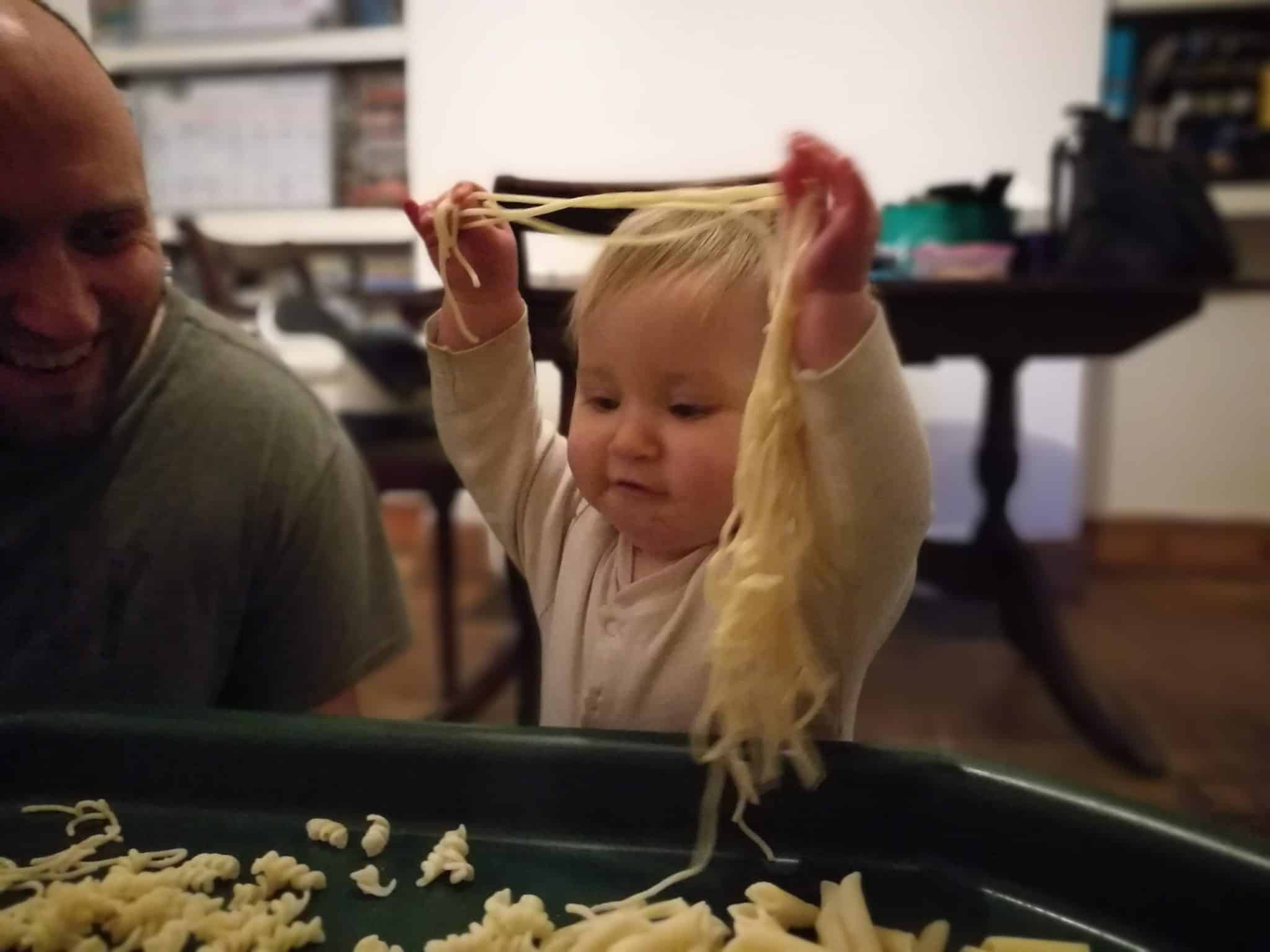 Erin’s fabulous Auntie got her a Tuff Tray for her 1st birthday. I had wanted one for Erin for such a long time. I don’t want Erin to grow up being one of those children that never get messy. I want her to play in muddles, jump in mud and get food in her hair. The nursery she’ll be going to in January really promotes messy play as well so I wanted to get Erin used to it ASAP.

It took us a good month or so to use the Tuff Tray for the first time. I didn’t really know what I wanted to use it for first. I finally decided on doing some spaghetti play as it was probably going to be one of the less messy activities and I also had the bits for it at home already. 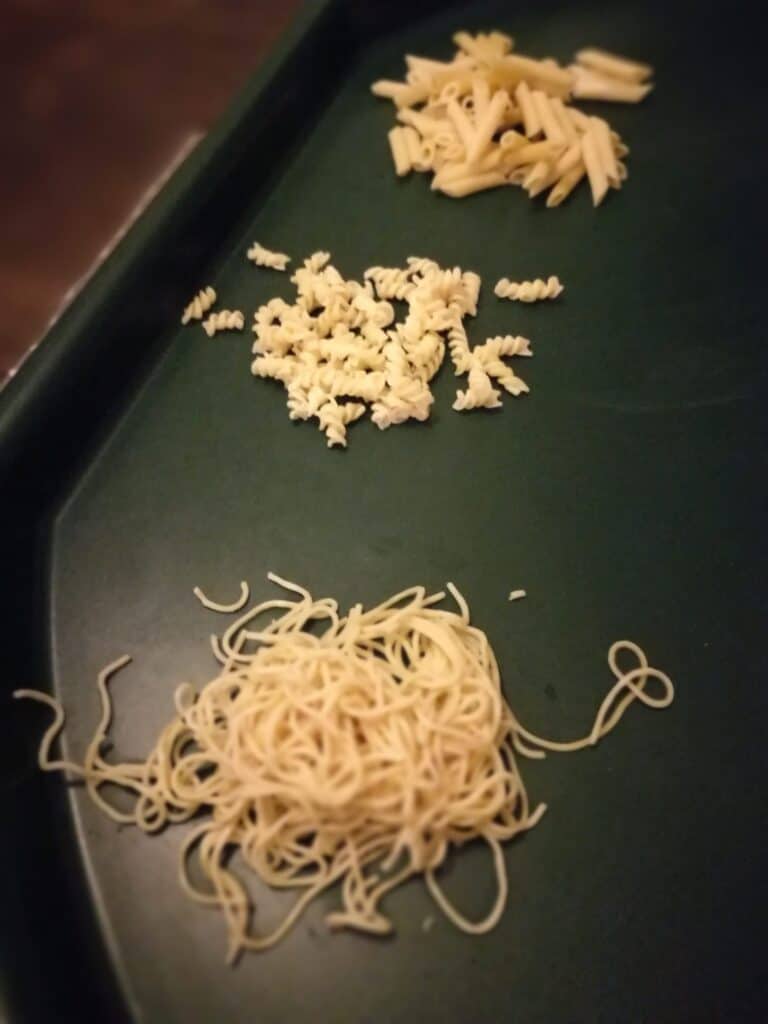 I only used three different kinds of pasta for this; spaghetti, penne and pasta twirls. I wanted to make sure Erin could feel the different textures and figure out if she liked any of them more than the others. 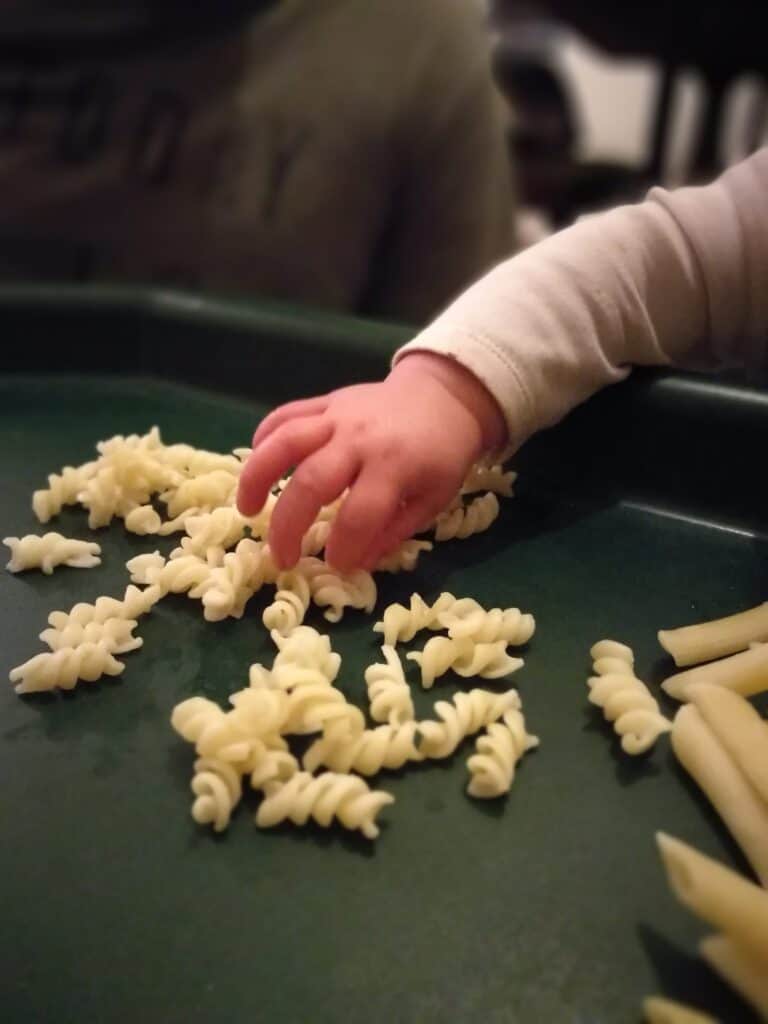 Erin was very unsure to begin with. Up until this, she had been using the Tuff Tray as something to hold on to to get somewhere else in the dining room. It had never been something she played with.

With the help of both me and her dad, Erin soon got over being shy with the pasta. It didn’t take long at all for her to start throwing it around, especially the spaghetti. It made a particularly great hair accessory! She was trying to see what it would be like when hers grew a bit more! 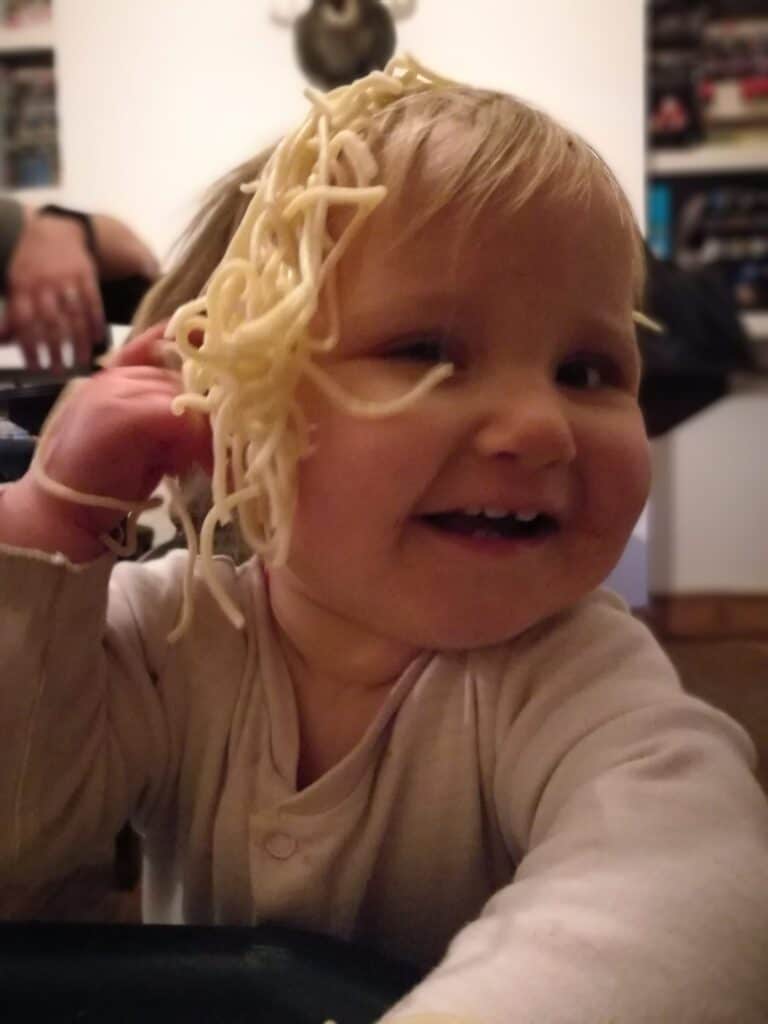 Although the pasta and the playing was really fun, towards the end Erin had other ideas! She realised that she could get underneath the Tuff Tray and that was a lot more fun. I can see this becoming a den at some point! 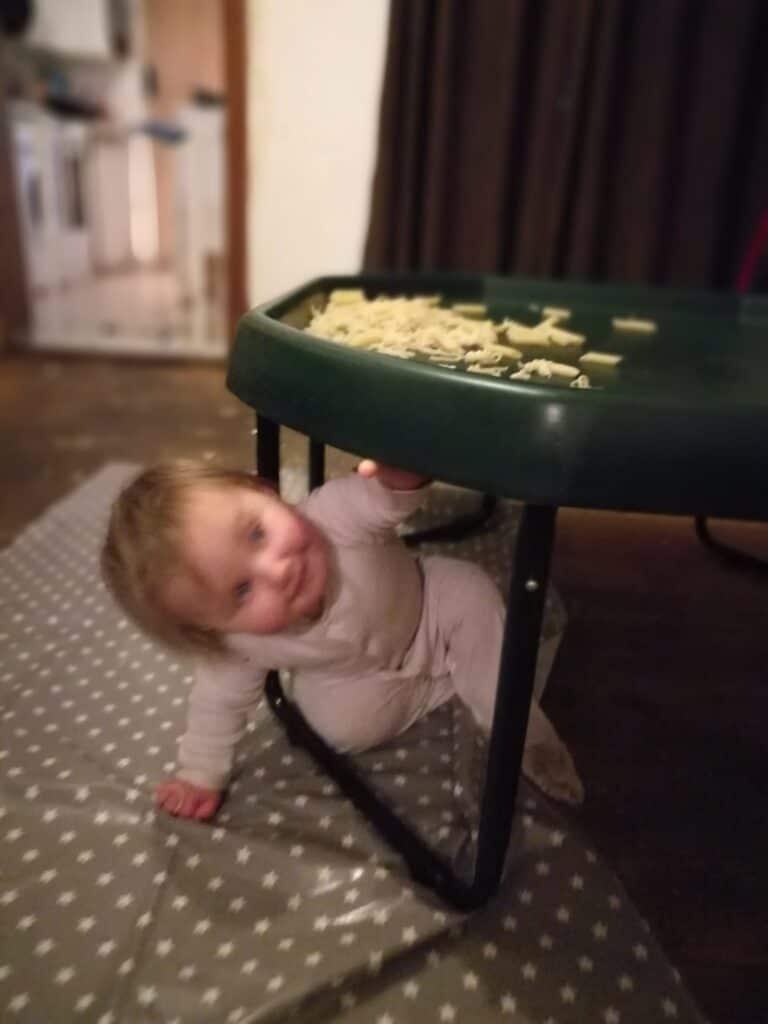 Erin also realised that she could eat the pasta and spaghetti. It wasn’t that long after she’d had dinner but she didn’t care. In went to pasta and she quite happily munched on it while she played. 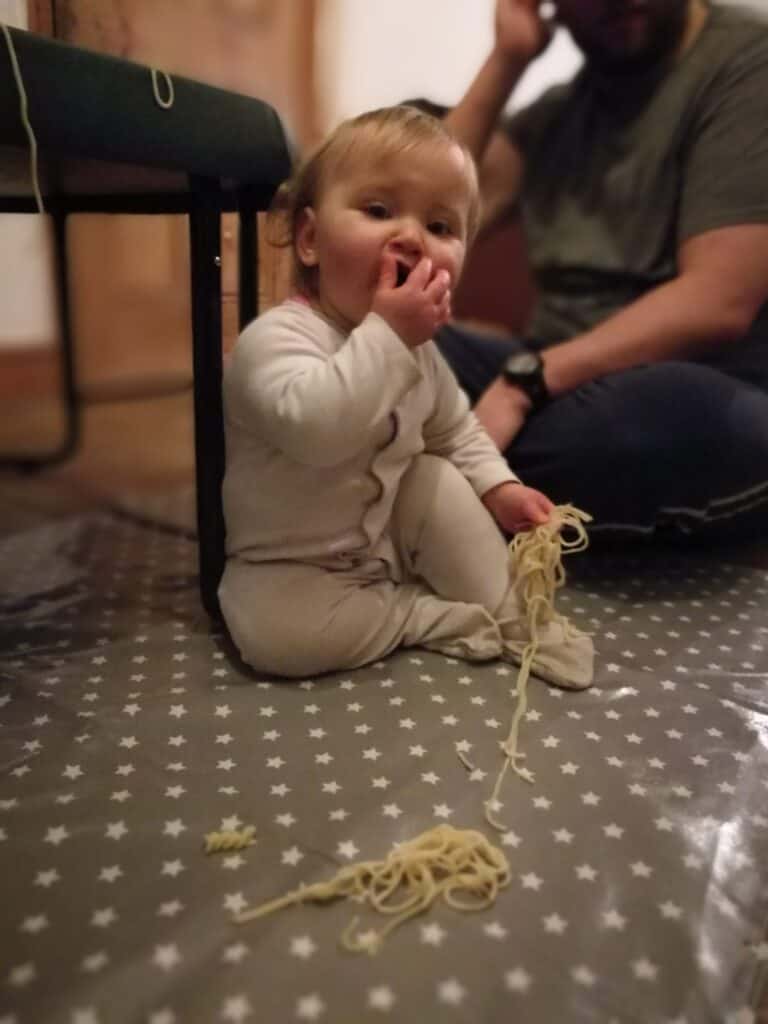 Cleaning up after our spaghetti messy play was luckily, very easy! We have a fantastic mat from Messy Me (review coming soon) which we used for where Erin was standing. Most of the pasta ended up on the mat so we only have to get it off there. However, Erin did run around a bit with spaghetti on her feet so we also had to sweep the wooden floor. It wasn’t too bad though!

As first attempts at messy play go, this was really fun! I’d love to hear some more ideas if you have one of these yourself.