So this month has been so different compared with January. Instead of only watching a coupe of things we have watched loads and it’s been a nice change.

Not a month goes by without us watching some series of Drag Race. All Stars 3 has been on for a few weeks now and it’s one of my favourites. I think this series has been absolutely fantastic so far and it has been so entertaining! BenDeLaCreme has been a stand out for me this series and her lip syncs have just been absolutely hilarious. She has surprised me most weeks and really gave it everything in those challenges!

Unfortunately, who I really wanted to win got eliminated but she sort of deserved it.

We started Black Mirror at the beginning of the month but haven’t watched it all yet. My sister has seen all of the episodes so has been picking out ones she thought I would like… and she wasn’t wrong. I have stayed away from some for now just because my sister doesn’t want to watch them again but I will get round to watching all of the episodes eventually.

We started watching The Good Doctor when we were at a bit of a loss for what new series to pick. Honestly, we started watching it with absolutely no intention to carry on with it. After the first episode I was a bit unsure but it really grew on me after that and we soon found ourselves having watched the first half of the series that has been shown. Freddie Highmore is fantastic as the lead, Doctor Shaun Murphy. The show is really interesting, funny and a bit different to everything else we’ve been watching recently.

I’m a sucker for anything to do with crime or prisons. I find shows like this so interesting because it’s so far away from everything I know. ITV’s Crime and Punishment Season has been really interesting and I managed to watch 3 of the episodes which were:

The James Bulger episodes was by far the one that hit me the most. I had sort of known about the story but never really knew what happened. Watching something where the child was the same age as Erin is now was just awful. Some of the information was quite graphic and it was so upsetting to think what was done to that poor little boy. Sometimes, I think it’s important to watch things outside of your comfort zone but it doesn’t make watching them any easier.

I wasn’t planning on watching this but I happened to come across it on Netflix by accident and I’ve actually wanted to watch it for quite a long time. I’m a massive fan of anything by Brad Falchuk and Ryan Murphy who are more well-known for things like American Horror Story and Glee. I was certainly not disappointed with American Crime Story. The OJ Simpson story is again, something I sort of knew a bit about but not the whole story.

I loved the cast in this one and it had me hooked from the very first episode. It’s quite a short series so it only took me 3 days to finish and I watched this one on my own while everyone else was in bed! 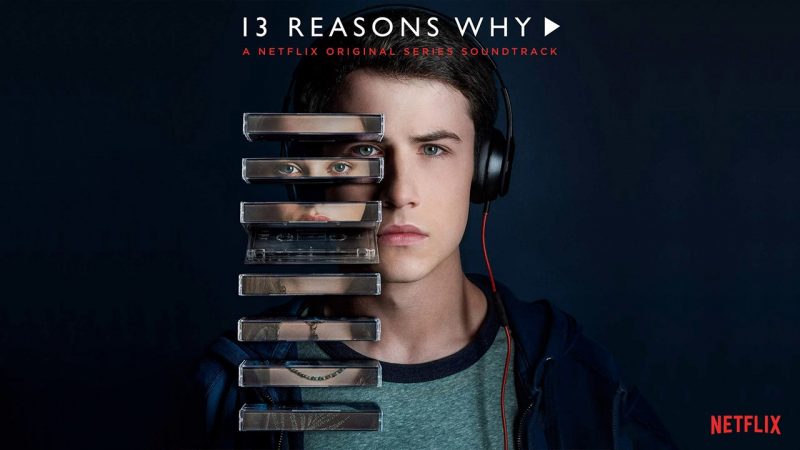 All of us, me, John and my sister, all wanted to watch this. John unfortunately got a bit behind due to a very busy time at work so my sister and I watched it together instead. This was a really strange one for me. I liked it but it annoyed the hell out of me. Still, I couldn’t seem to stop watching. The main character Hannah was not all that likable and some of the ‘reasons’ I just didn’t really agree with. However, the last couple of episodes really got to me and now I’m looking forward to the second series.

Fancy listening to me chat about these shows instead? Watch the video below: