Ever since John and I went to America for the first time 3 years ago I have been desperate to find somewhere local that does comparable food. I tried one American Diner chain a few years ago and have since never tried anywhere else because it was so bad. All I wanted was some nice American pancakes and instead I got scotch pancakes from a packet.

Anyway, I had heard really good things about Zaks in Norwich and just recently I went for dinner with a friend to see what all of the fuss was about. To start with, we went to the Waterside location on a Friday evening and arrived at about 6:30. The tiny car park was packed already so we had to go and find a street to park down and walk to the restaurant. I’m glad it wasn’t raining!

Not only was there very little parking but the restaurant also wasn’t accessible. The Zaks website gives directions and info about each location and I really feel like this is something that should be mentioned. Luckily, it wasn’t an issue for us but it would be for a lot of people.

Once we were seated we ordered a couple of cokes and set to work on deciding what we both wanted to eat. The menu is quite extensive and everything sounded amazing. I decided to go for something I would never normally pick and that was the sticky BBQ chicken wings. My friend had the loaded potato skins.

I couldn’t believe what was put in front of me when the starters arrived (quickly, I might add). My chicken wings were huge! I was so glad to have been given a finger bowl with this starter as it was super messy. These were some of the best BBQ wings I have ever had and I want to go back for more just writing this post! 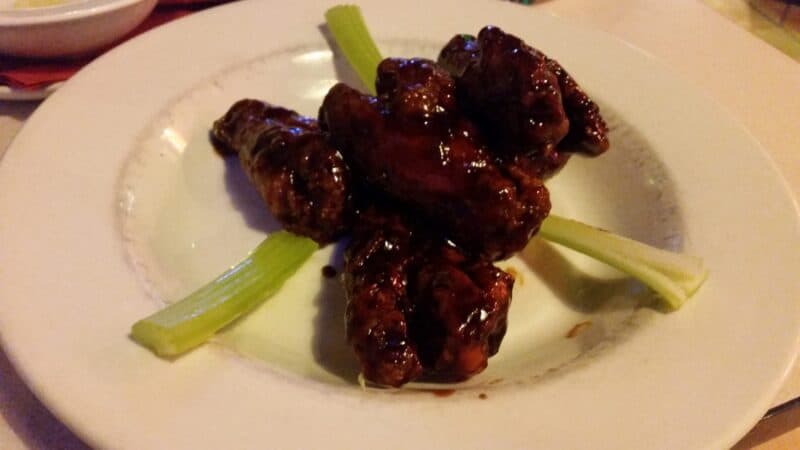 As my chicken wing starter was so big I wondered how I would carry on eating. I did manage it though. My friend and I couldn’t decide what we wanted so we decided to share mains. I went for the Southern Fried Chicken with Curly Fries while she had a Cheeseburger with Sweet Potato Fries and we halved everything! We were also quite bad and had Mac & Cheese and Corn on the Cob as sides as well.

Do not ask how we managed all of this food, but we did! However, some of it wasn’t as good as the rest of it. The Southern Fried Chicken was a bit dry and the coating was a bit bland while the Mac & Cheese was super sweet and sickly. On the other hand, the cheeseburger was AMAZING, as were both lots of fries. I could have eaten this all over again. I know next time, because there will be a next time, I wouldn’t know which option of fries to choose! They were just so good and I’m really glad we shared.

You would think that after all of this food we wouldn’t have been able to manage dessert. My whole thing about American Diners here in the UK is the crap pancakes so I couldn’t really leave Zaks without trying theirs could I?

Oh the pancakes! I was in absolute heaven. These buttermilk pancakes were exactly what I was hoping to get and they’re as close to proper American pancakes as I’m ever going to get here I think. Unfortunately, I was so full that I only managed half but I did take the rest home with me!

I had such a fun (baby free) evening out at Zaks. The service was fantastic and even though the restaurant was really busy, we were never waiting too long for anything. Each staff member was very approachable and did whatever they could when we asked any questions. We were also quite the awkward customers at times too, asking for no sauce on this, plain something else etc. Nothing was too much trouble and it wasn’t a problem at all.

If you’re ever in Norwich I would highly recommend going to Zaks. I know I’ll be back and I won’t be waiting too long to go! 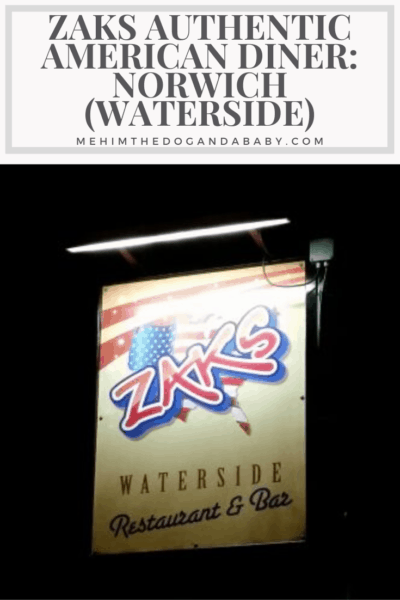