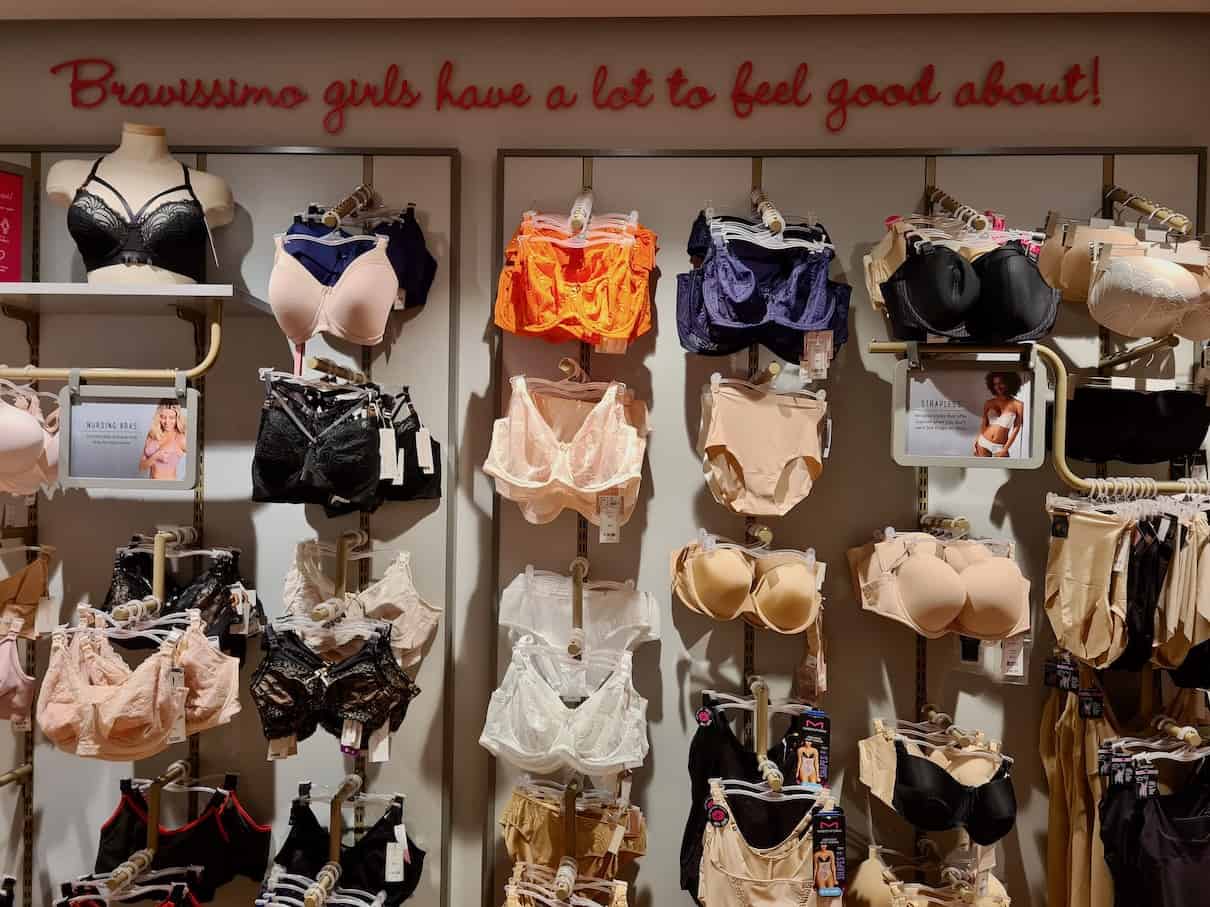 I’m 34 and until recently I had never been for a proper bra fitting. I’ll be honest, the thought of it terrified me. I was nervous, I didn’t want to show someone else my body and I was worried there would be nothing that fitted me. I had been wearing a very comfortable non-wired bra for a while but I knew it wasn’t a good fit. I had booked a fitting at M&S but after a recommendation I headed to Bravissimo first to see if they could help. 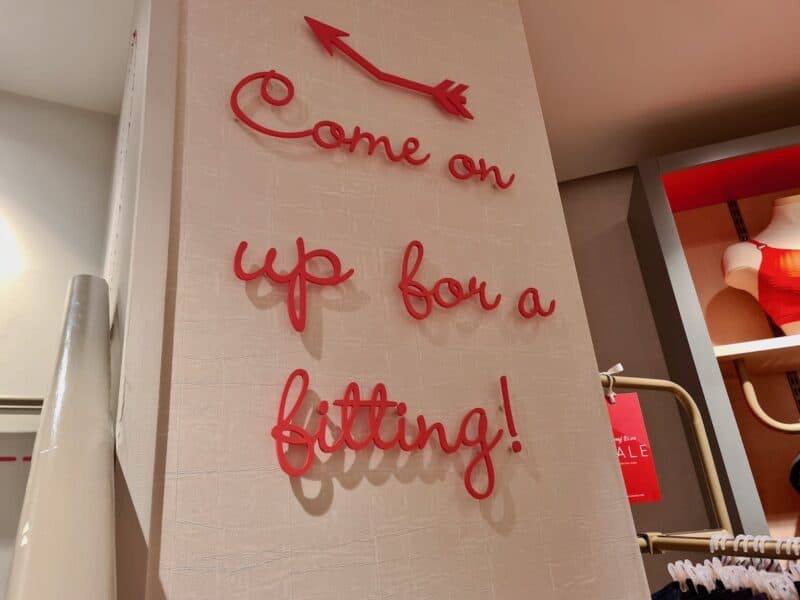 I turned up to the Norwich store at 9:30am, right at opening and asked for a fitting. I was expecting to have to come back later but instead they got me right in. I didn’t have time to be nervous as I was shown to a fitting room upstairs where Julie was going to help me. She explained about how it was going to work and what they could and couldn’t do because of Covid. I immediately felt at ease and was quite looking forward to trying on some bras. 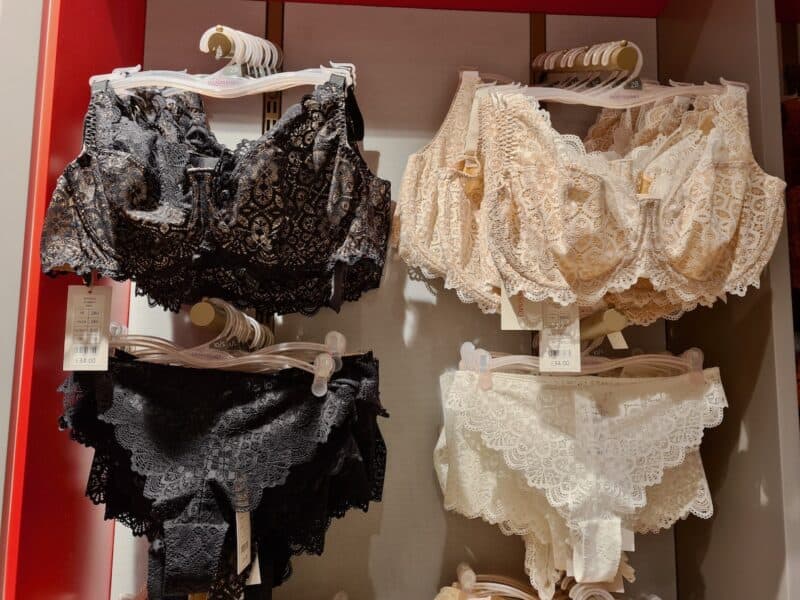 Unlike other places Bravissimo don’t measure with tape measures, which I thought was pretty impressive. Julie took one look at me and said my bra was completely wrong and went off to find me something to try on. The first bra was pretty close to the size I needed but wasn’t quite right. The second bra was a much better fit, even if it felt a bit strange to me at first. 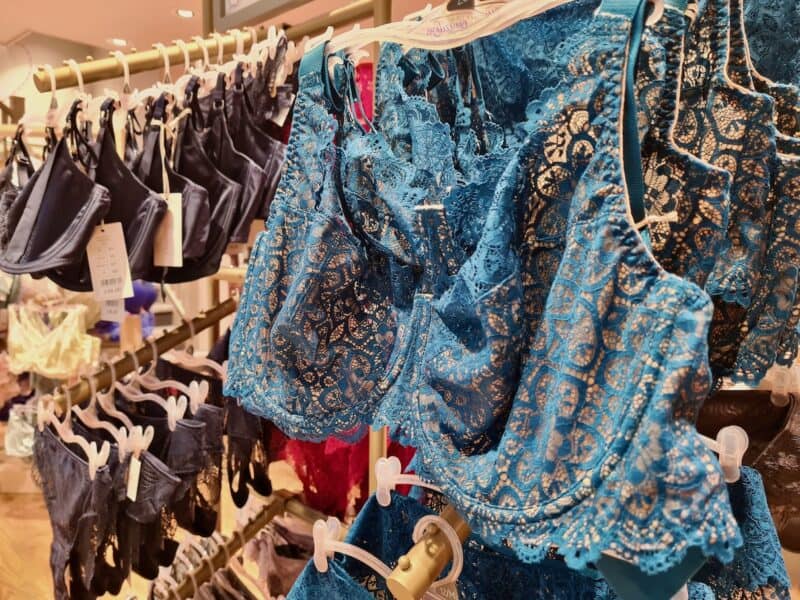 Having spent so long wearing ill fitting bras that did nothing for me has meant that going back to underwired bras, in the right fit, feels very strange and I know that will take a bit of getting used to.

Julie had asked me what I was looking for and honestly, I wanted a bit of an overhaul so I asked for black and nude and a bit of a surprise. She was fantastic at picking out styles that suited me and once I’d said no to one bra because of the colour, she really got an idea of what I would like. I was made to feel at absolute ease and it was okay for me to say no to things or if I didn’t feel quite right in any bra. 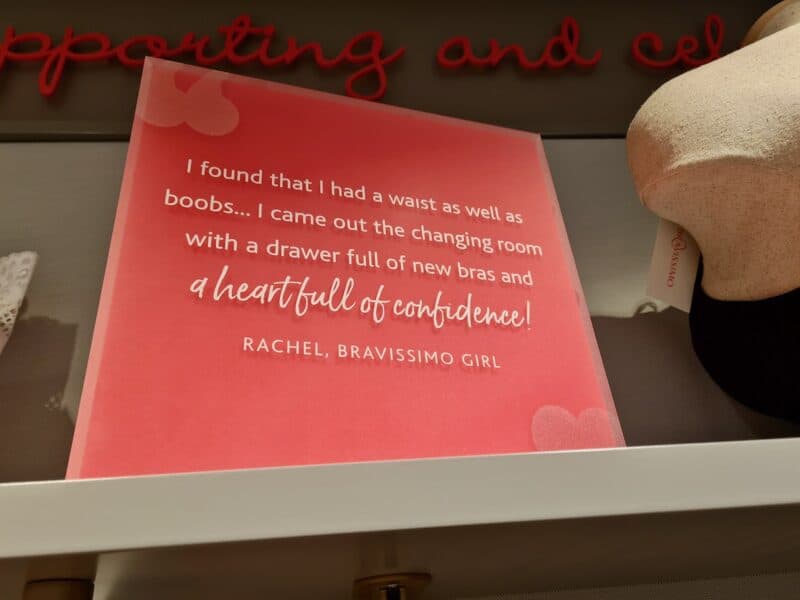 I went into Bravissimo wearing a 46DD but the bras I was trying was a 40FF or 40G (1 was a 38G). It really goes to show just how important a proper bra fitting is. Also, not all bras fit the same so it was nice to be able to try on different sizes and be advised about the fit. Julie also showed me how to have a bit of a jiggle or how to position the bra to get the best fit. I did get slightly told off for fiddling around with the back strap immediately after putting on a bra. As I said, I’d gone from a quite loose fitting 46DD to a 40FF/G so the fit was very different. 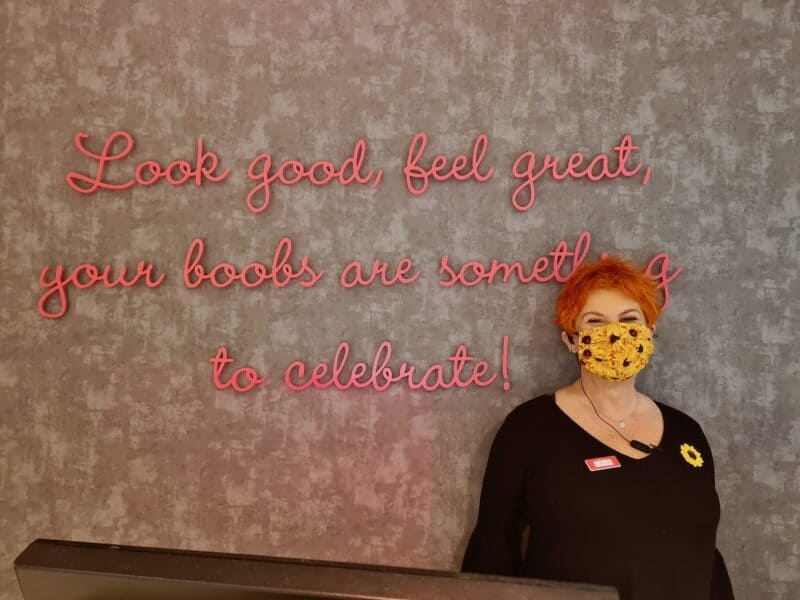 I ended up choosing 5 bras and 1 pair of knickers and I was so happy with what I got. 1 of the bras wasn’t available in the size I needed so they ordered it there and then for me in the shop and arranged the delivery, with postage paid by Bravissimo. This arrived on the Monday after my fitting on the Friday.

Although I ended spending a small fortune on new bras I was under no pressure at all to actually buy anything there. However, I really fell in love with some of the bras and the most important thing was that I felt amazing in them. Having bras that fit properly was like having a new found confidence and boobs that looked like how they were when I was 18!

The customer service at the Norwich store was absolutely amazing. Before I left my sizes were written down on a card so that I knew what to try if I needed more bras and I was also given a size in the clothes that they sell too which was really helpful. I still have no idea how they decide on a size just by looking but I was certainly impressed.

I cannot recommend a bra fitting at Bravissimo enough, especially if you are nervous about it like I was! 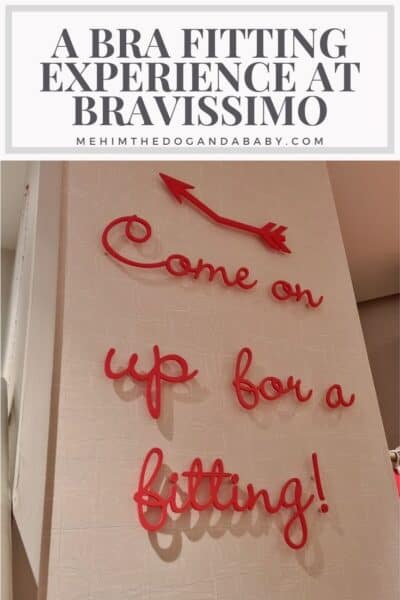