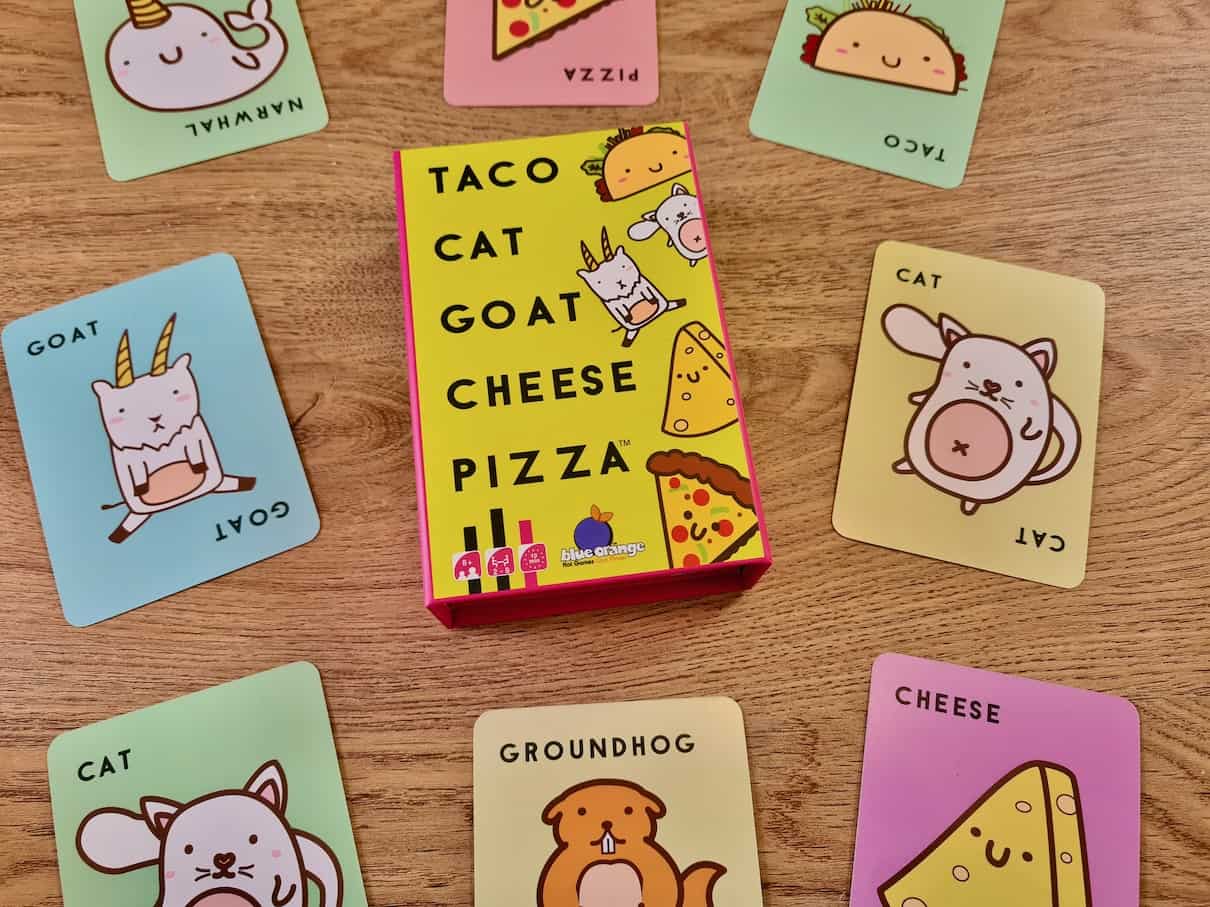 This month, as part of the Asmodee Blogger Board Game Club we have been playing Taco, Cat, Goat, Cheese, Pizza*. 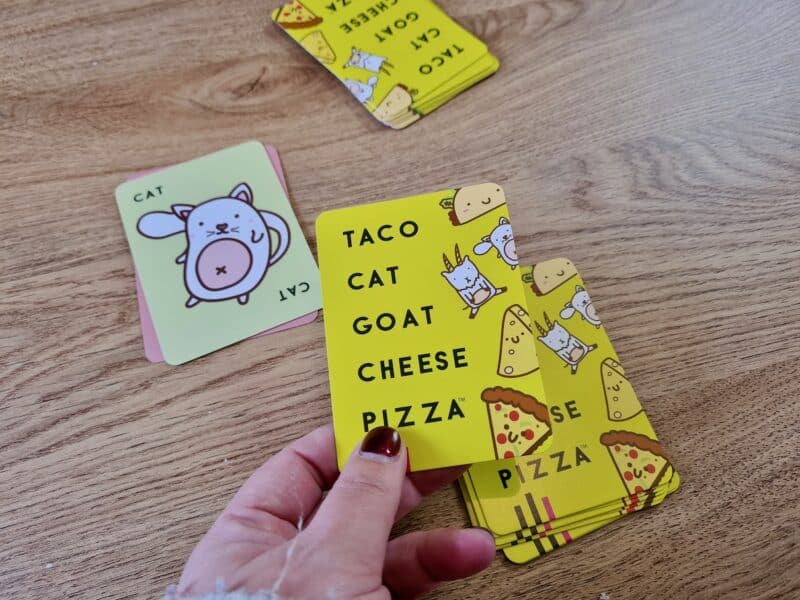 As much as we love big board games that take quite a while to play we sometimes want something we can play when we only have a little bit of time free. Taco, Cat, Goat, Cheese, Pizza is a great game that is both quick and fun. 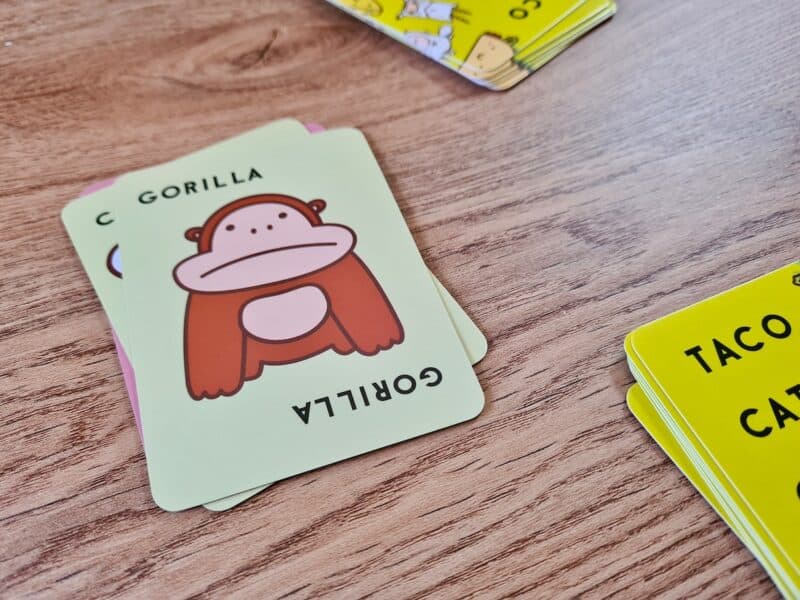 The game is basically a pack of cards, each of which has a different picture on it. These pictures are Taco, Cat, Goat, Cheese, Pizza, Gorilla, Narwhal and Groundhog. One of the best things about this game is that it literally only takes a minute to learn the rules and you can get playing straight away. 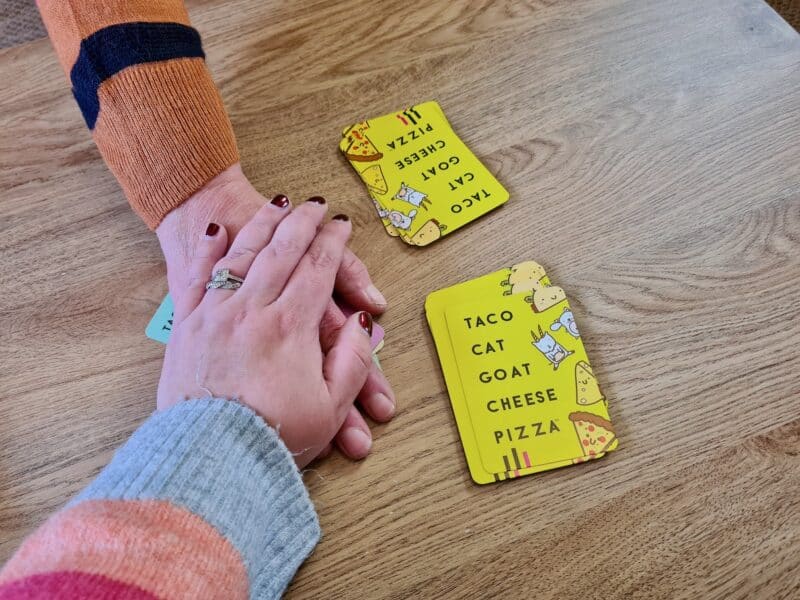 Each player gets dealt a certain number of cards and they are then laid down picture up on the table (or wherever you are playing) Each player takes it in turn and as the cards are placed, the words Taco, Cat, Goat, Cheese, Pizza need to be said in that order, no matter which card is laid. So first player says Taco, second player says Cat etc.

As the images on the cards may not match the words this can really mess with your head! If a player does put down a card matching the word they say then it becomes a race for players to put their hands down on the card. The player who does this last must pick up the pile of cards and add them to their own. 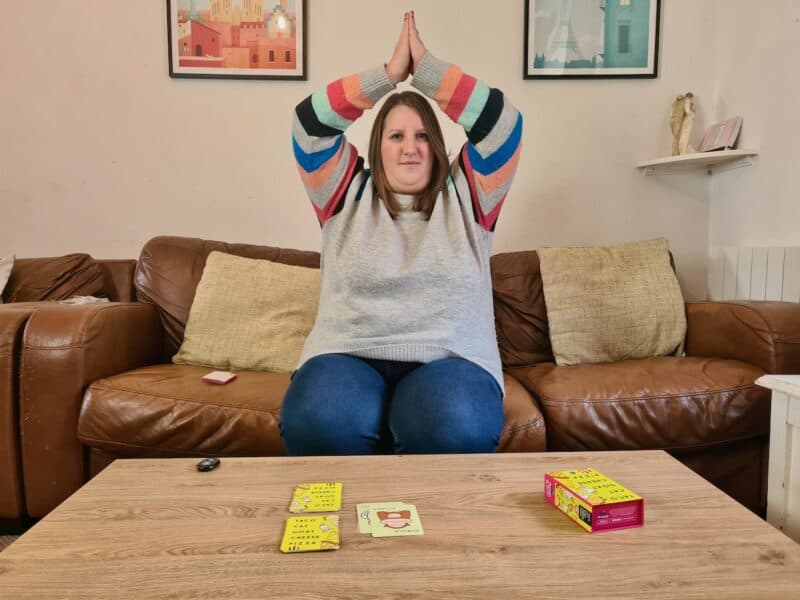 There are also some cards in the pack that aren’t Taco, Cat, Goat, Cheese, Pizza. The 3 different cards, Gorilla, Narwhal and Groundhog, are action cards. You have to either put your hands up like a horn, beat your chest or rap your knuckles on the table! These action cards add something really different to the game and make it so you really have to think about what action you’re doing. All players must do the action and then put hands down on the card to determine who picks them up.

We’ve had so much fun playing Taco, Cat, Goat, Cheese, Pizza. This one is really great for playing with friends and family and would be perfect for a party. It will have you crying with laughter!