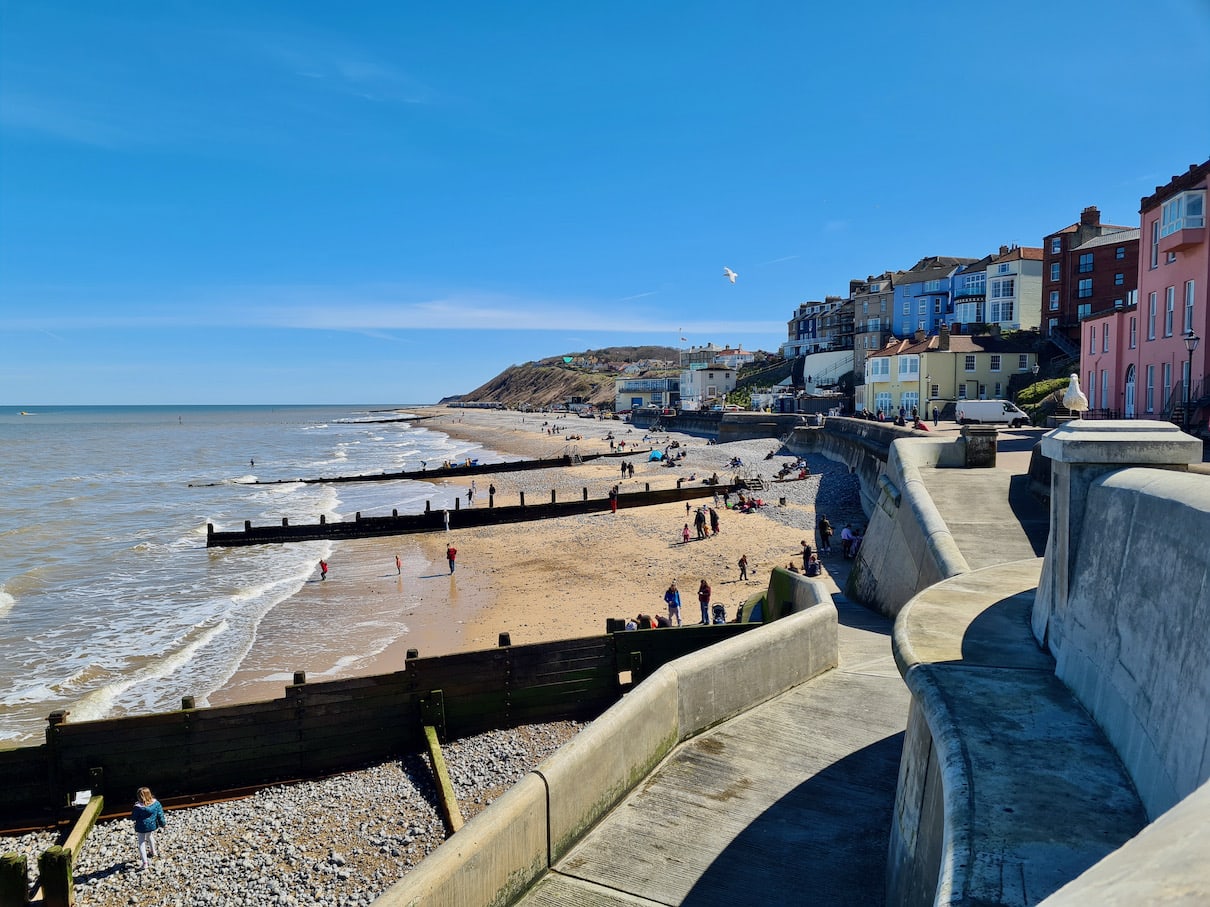 One thing I have missed so much about being in lockdown is not being able to see family. We don’t actually have a lot of family that we do see so that makes us want to see them even more. Last weekend we were finally able to get to the beach and spend some time with family.

We started our day with me, John and Erin heading to Cromer to have a picnic lunch and some ice cream. We found a beautiful garden to sit in which was lovely because it was shaded from the wind right on the seafront. We only had sandwiches, crisps and some cookies but Erin really enjoyed us all having the same lunch and just sitting peacefully to eat. 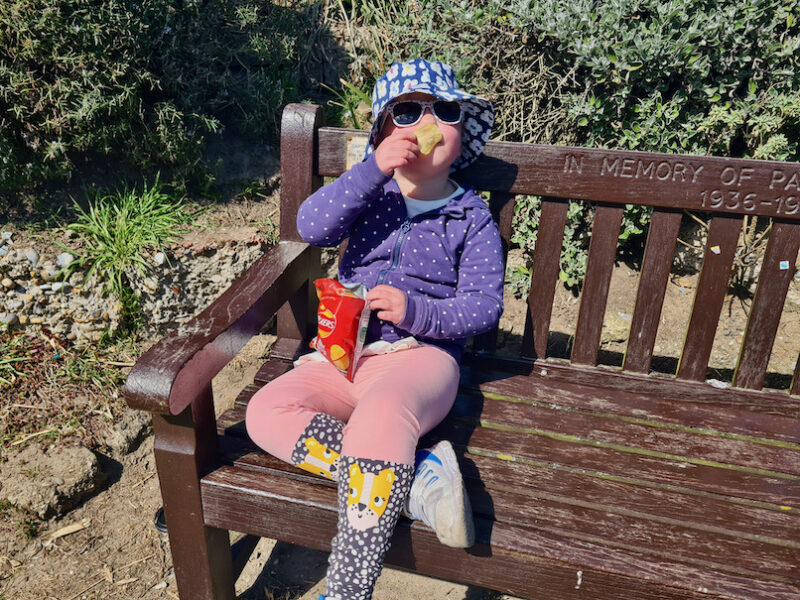 We took a slow stroll down to a section of beach where there is always sand, as the tide was in on other areas of the beach. We’re lucky that there is a section like this and we only actually discovered it a couple of years ago. It was a nice warm day as well so Erin was able to play nicely without wind being an issue. 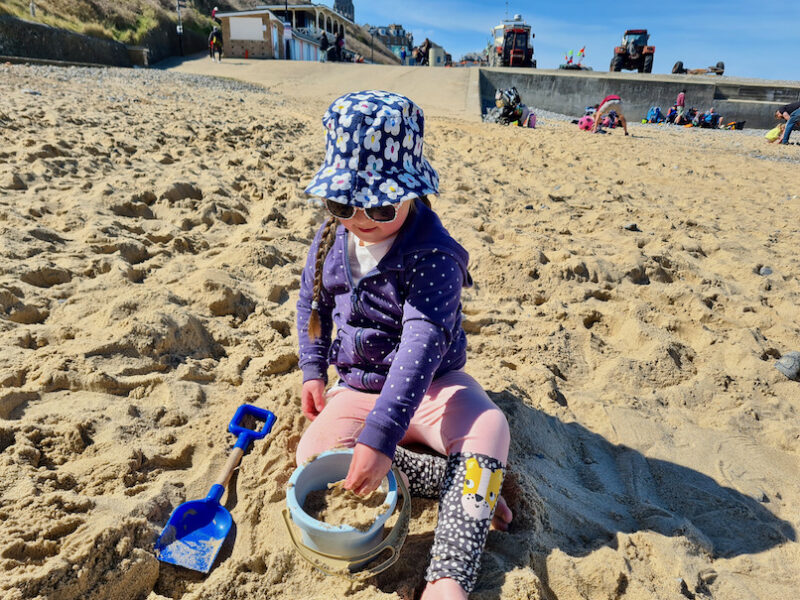 Not long after we got ourselves sorted we were joined by John’s brother, his fiancé and our two nephews. The plan had been to go up to the lighthouse and then to play at the park but we spent a lot more time at the beach than planned. That didn’t matter though because the kids were playing so nicely together (most of the time). 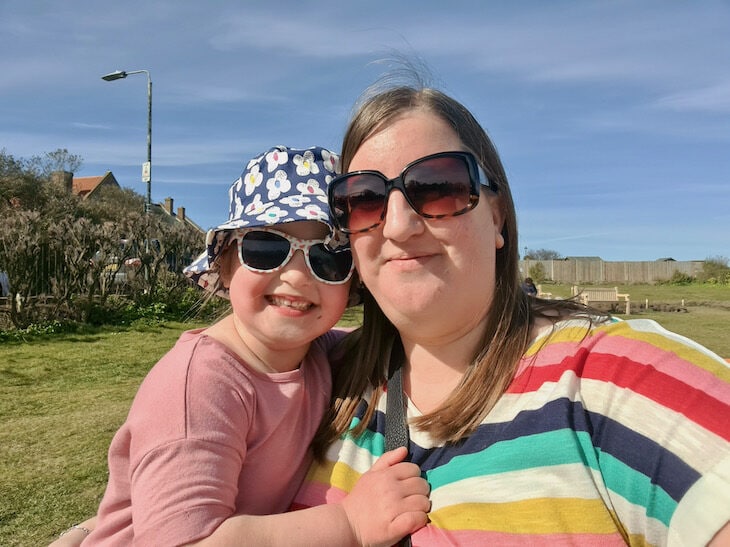 We did get some time at the park but when we decided to go and get chips for dinner Erin had a bit of a tantrum about something and it took us ages to get her calmed down. It was not a fun half a hour! Finally, we were able to walk down to the seafront to get chips, after a detour passed the boating lake. 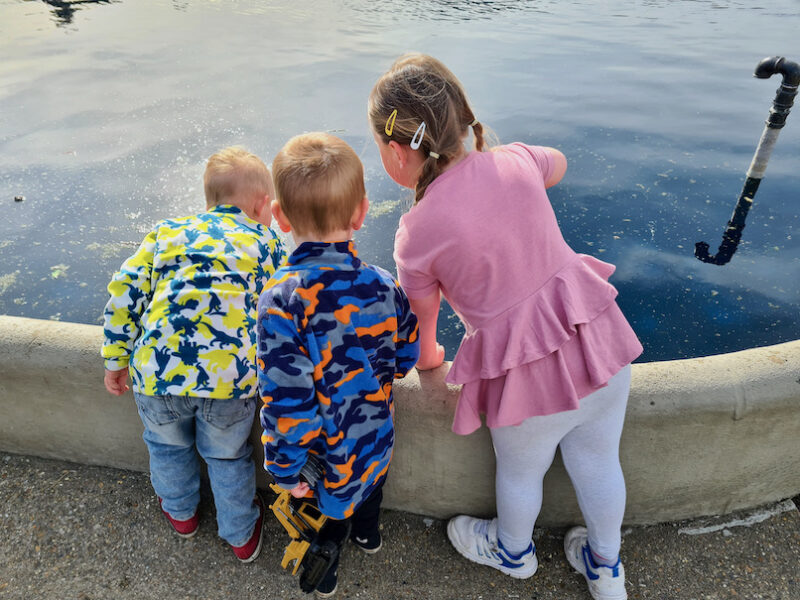 Unfortunately for Erin, as we were heading down she was running with her cousin and fell over, really scraping up her face and arm. Erin’s pretty tough though so she cried for a little while and after I’d cleaned her up a bit she was up and off playing again while we waited for food.

We stayed out later than we normally would with Erin but she was having so much fun and we didn’t want to cut that’s short. It had been months and months since she saw her cousins and auntie and uncle and she loved spending time with them so much. We already can’t wait to see them again. 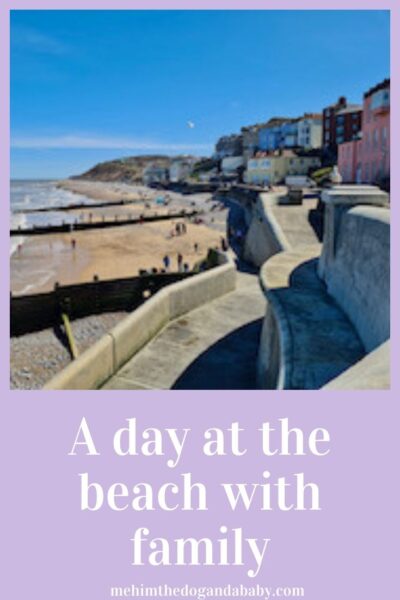