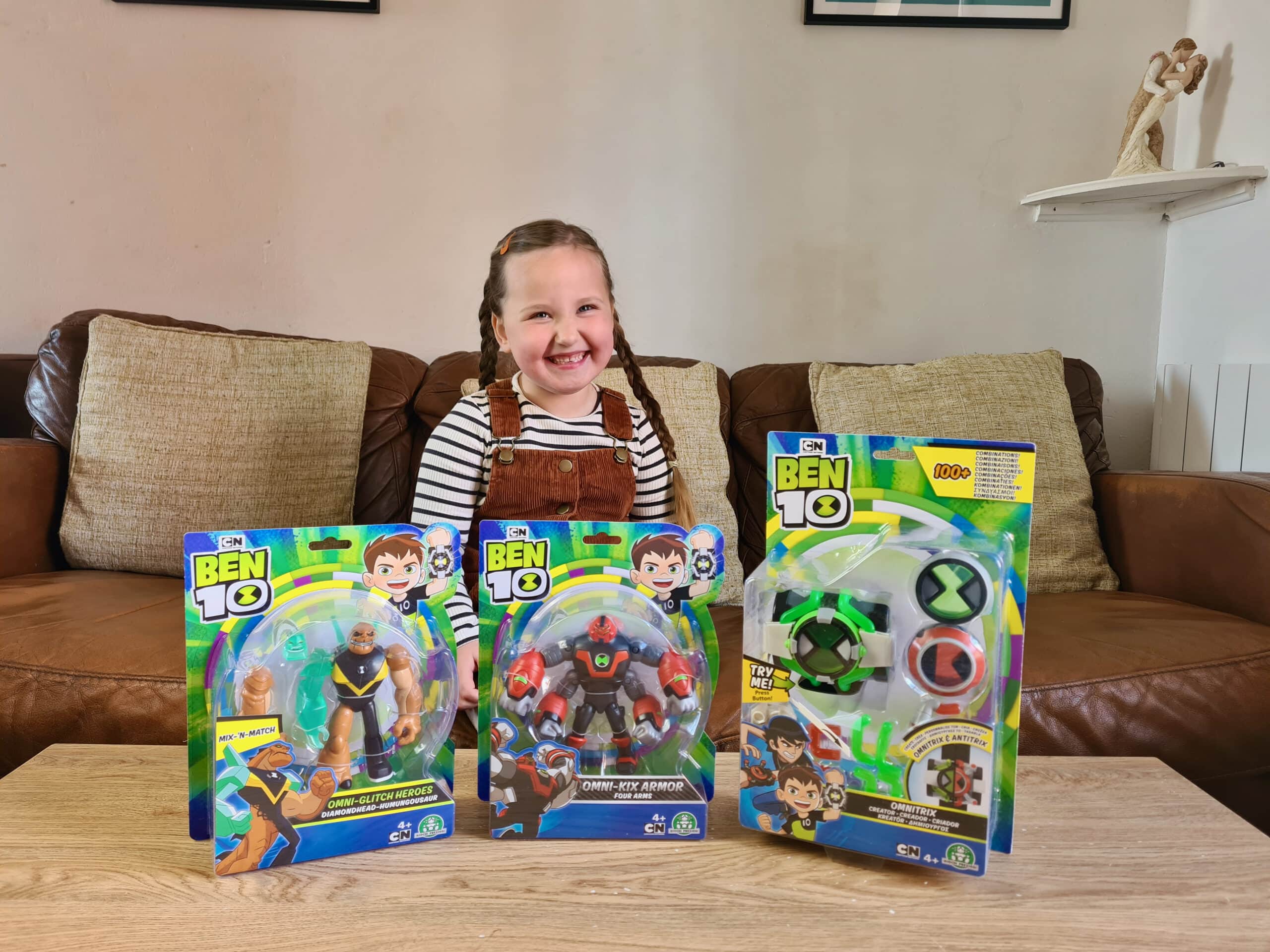 If you was asked what kind of superpower you would have, what would it be? Well, in Ben 10, thanks to a super special watch from another galaxy called the Omnitrix Ben Tennyson has the ability to turn into different kinds of alien heroes. Once Ben activates the Omnitrix, it’s hero time! 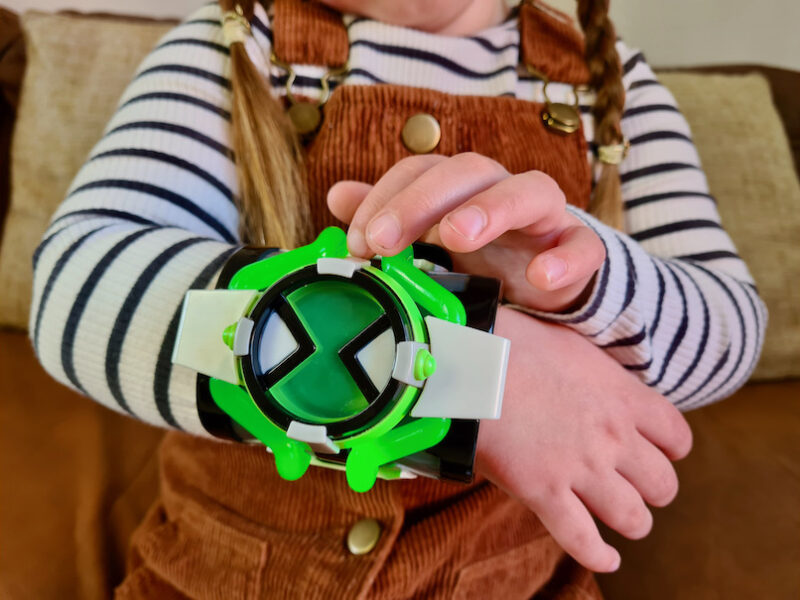 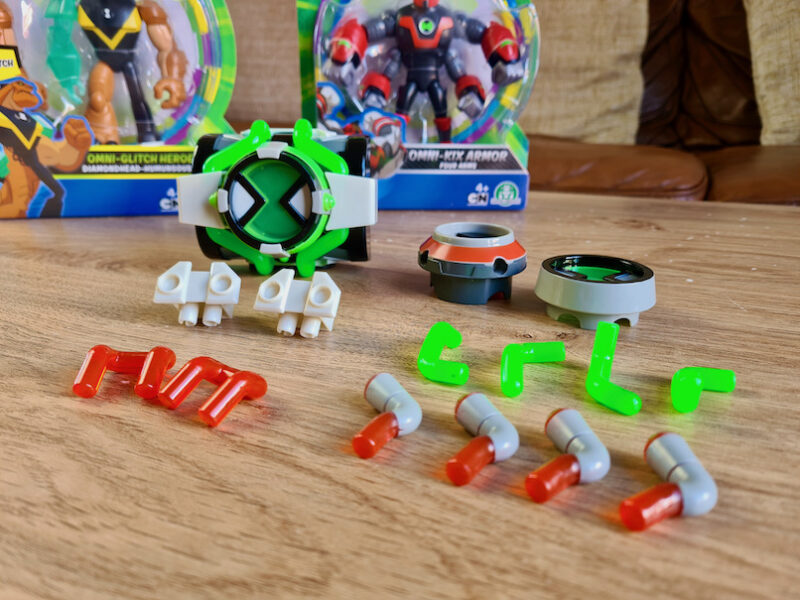 The Ben 10 Deluxe Omnitrix Creator Set is such a cool toy and it comes with so many different possibilities. It comes with loads of different bits so you can make your own personalised Omnitrix and design it exactly how you want to. Erin has so much fun starting from scratch and being very specific about which bit she wanted to go where. 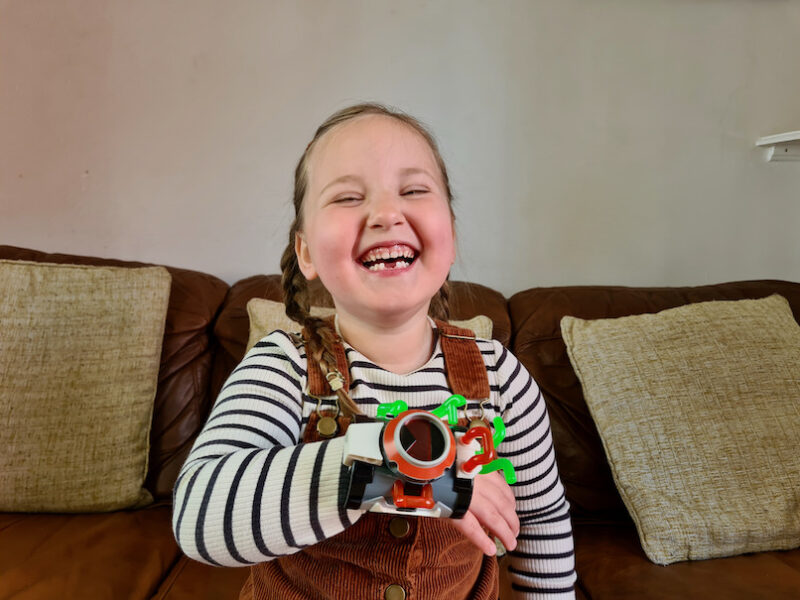 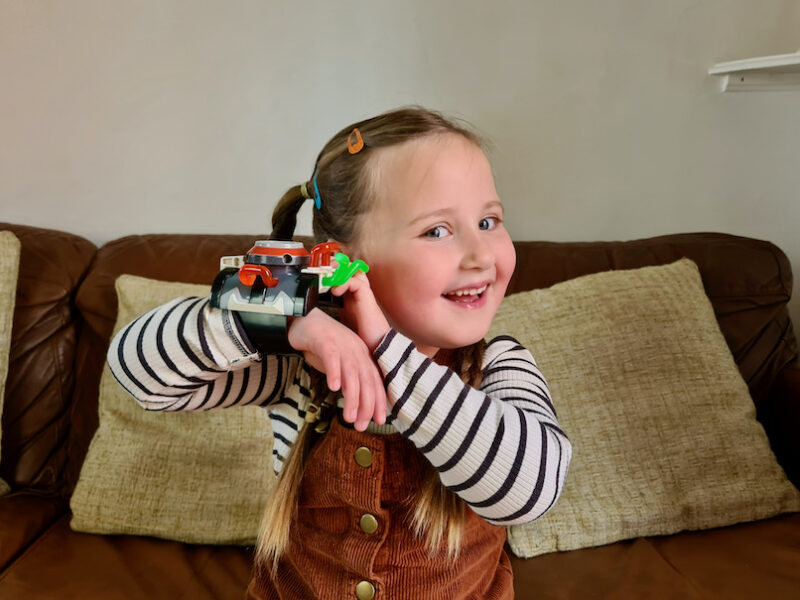 Not only does the Ben 10 Deluxe Omnitrix Creator Set have loads of customisable pieces but it also comes with three face dials, each of which has different SFX, voices and lights. The red face dial and pieces can be used to make the Antitrix so you can also battle as Kevin 11 if you want to.

As soon as Erin had the Omnitrix set up and on her arm, she transformed herself into Ben 10 and set out to go on an adventure to save the world. 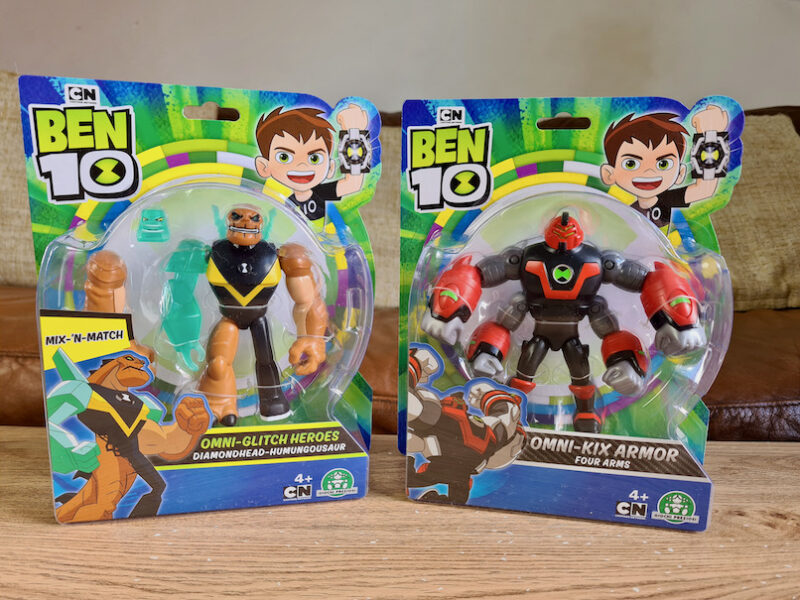 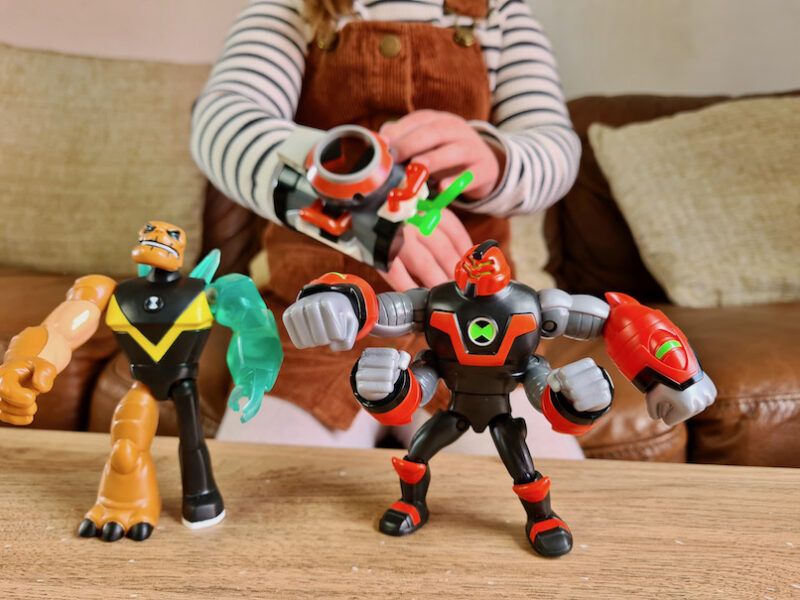 Not only can you be Ben 10 with the help of the Omnitrix but you can also play with some of the alien figures. Pictured above are Omni-Glitch Heroes Dimondhead-Humungousaur and Omni-Kix Armor Four Arms (left to right). Each figure is 10cm tall so they’re a really good size to be able to play with properly. The figures come with moving arms and legs, meaning they can be posed in any way that you want! 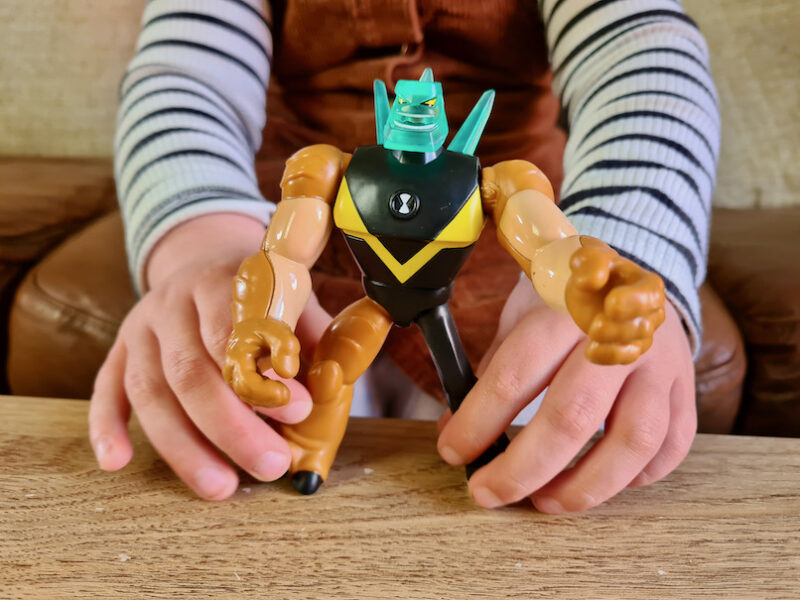 Erin’s favourite of the two figures was the Omni-Glitch Heroes Dimondhead-Humungousaur. There are a few different Omni-Glitch heroes and each comes with interchangeable body parts! This particular figure has two different heads and a spare, diamond coloured arm. Each arm and leg, as well as the head can be removed and changed with any compatible piece though. There are even Omni-Glitch Ben figures you can mix it up with.

The Ben 10 toys are really so much fun and there’s a lot that you can do with them, especially with a little bit of added imagination. 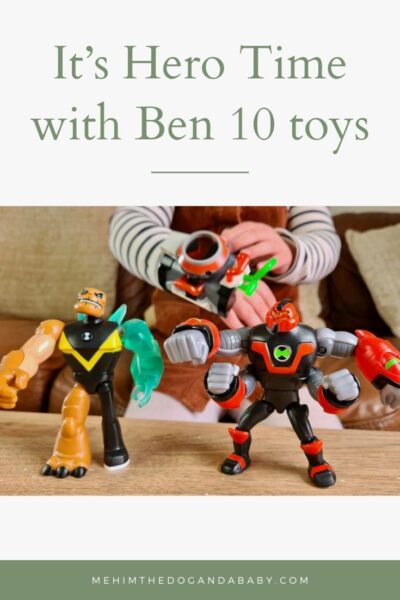