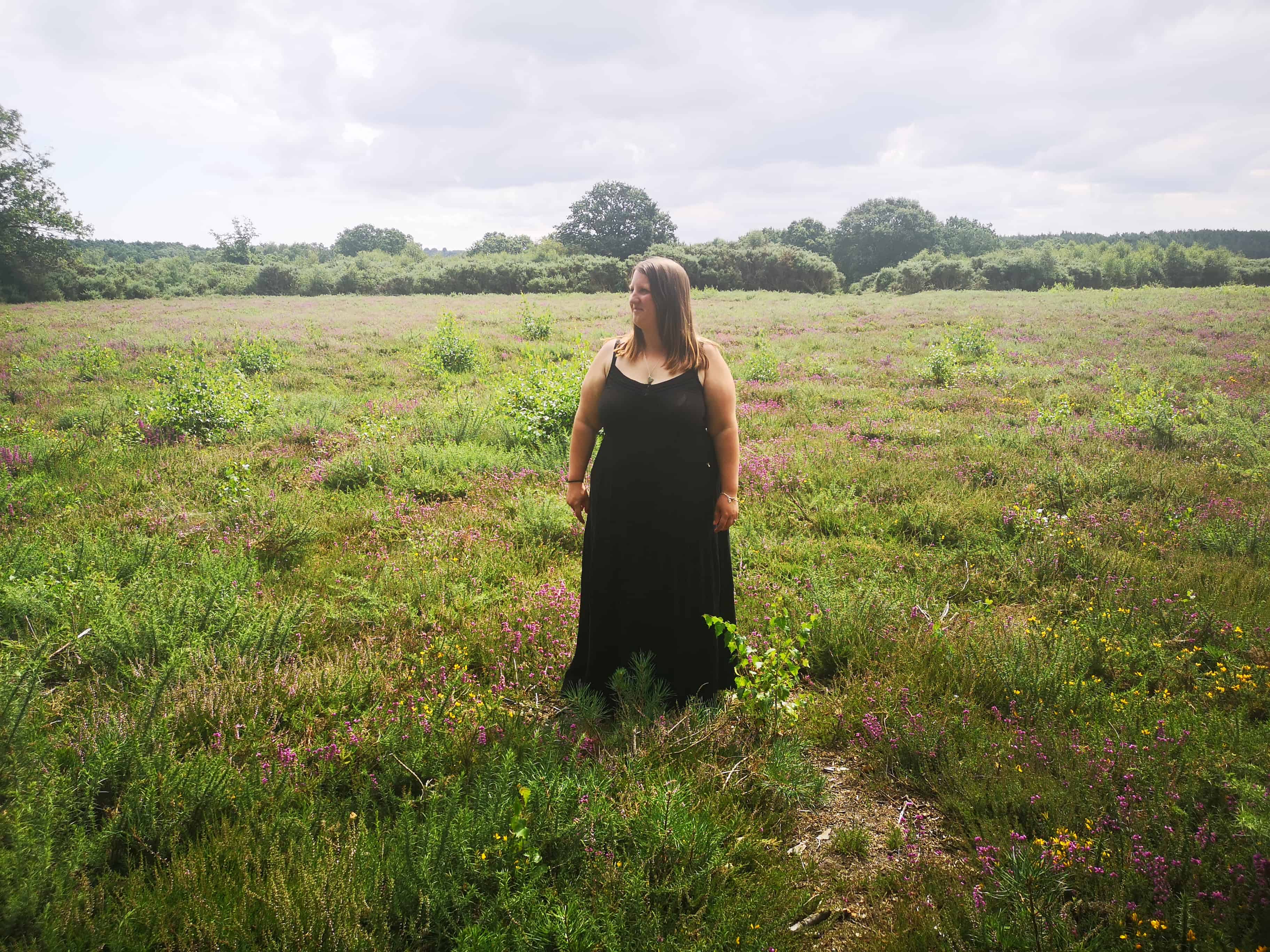 Living in Norfolk we are really spoiled with a huge list of places that we could visit for a day out. However, as we don’t drive a lot of the places are extremely hard for us to get to. Luckily, we go for days out with my sister and her fiance around once a month so we always tend to pick somewhere that we couldn’t get to otherwise. This time our visit was to Holt Country Park, which is about a 30 minute drive away from where we live.

At the entrance to Holt Country Park there is plenty of parking, where it only costs £2 per day. There is also a visitor centre, toilets and a small tea room along with a sheltered picnic area. Here, you can also pick up a map of Holt Country Park which shows various different walks that you can go on and where things are. 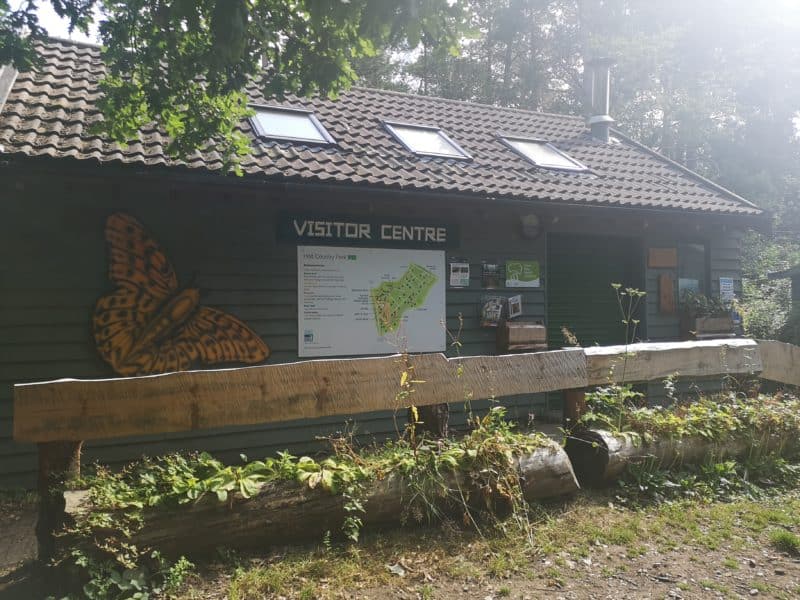 We decided to go on the red walk as it wasn’t the shortest but also not the longest. We didn’t bring a pushchair with us on this trip so we didn’t want to go so far that would end in Erin being unbearably miserable and grumpy. However, a lot of the terrain is quite flat and walking a pushchair around wouldn’t really be much of a problem. 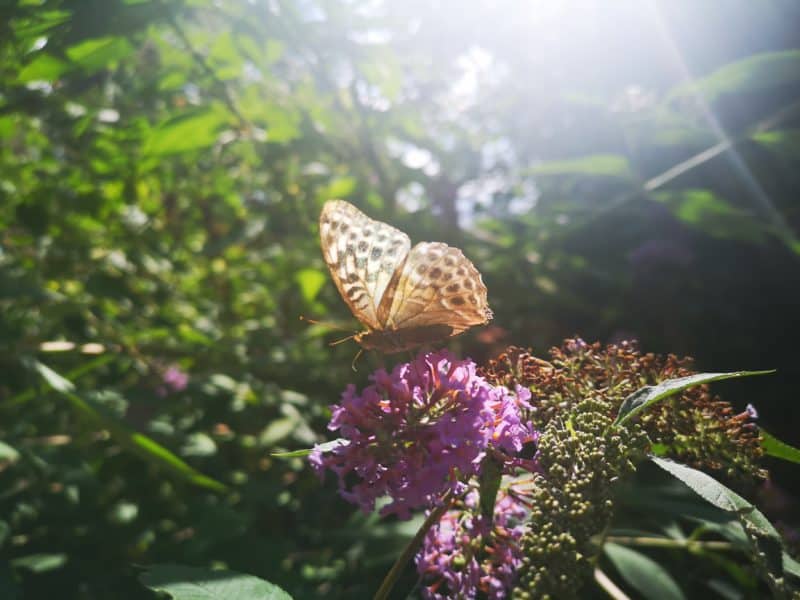 Just outside the visitor centre was the most beautiful buddleia plant and due to it being summer when we visited, it was swarming with butterflies and bees. I could have spent hours trying to take some photographs and I did end up taking a lot. There was quite a few different kinds of butterflies and they stayed still for so long so it was a lovely way to spend some time. 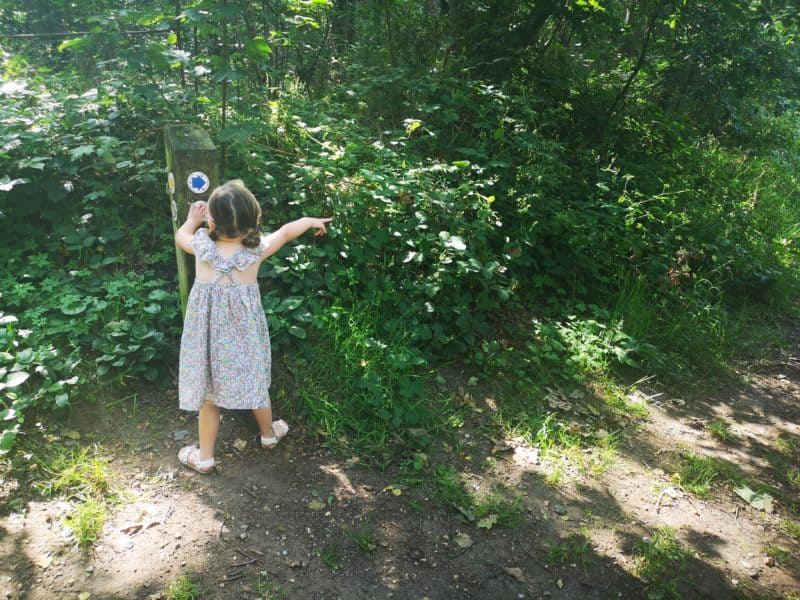 As we set off on our adventure we gave Erin the task of keeping an eye out for the red arrows on the marking posts so she could show us where we needed to go. I think she really liked having a job to do and it gave her something to look out for as we walked around. 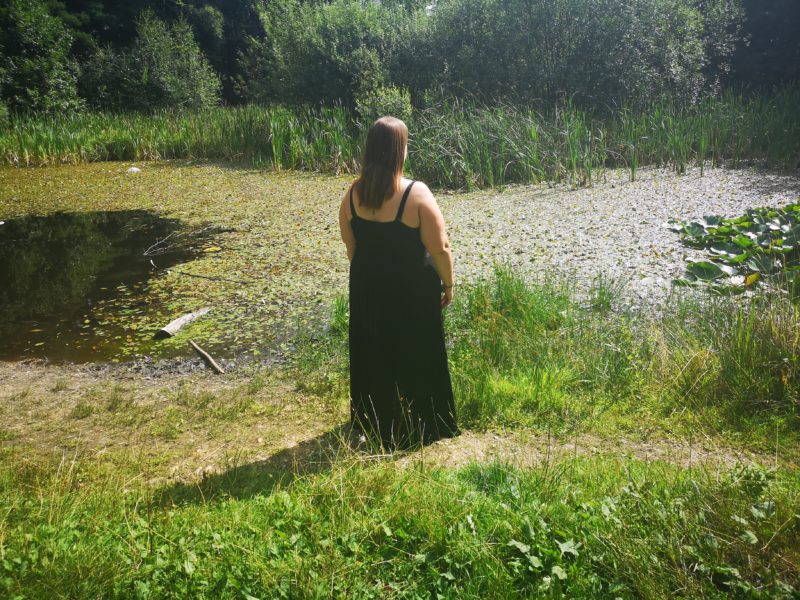 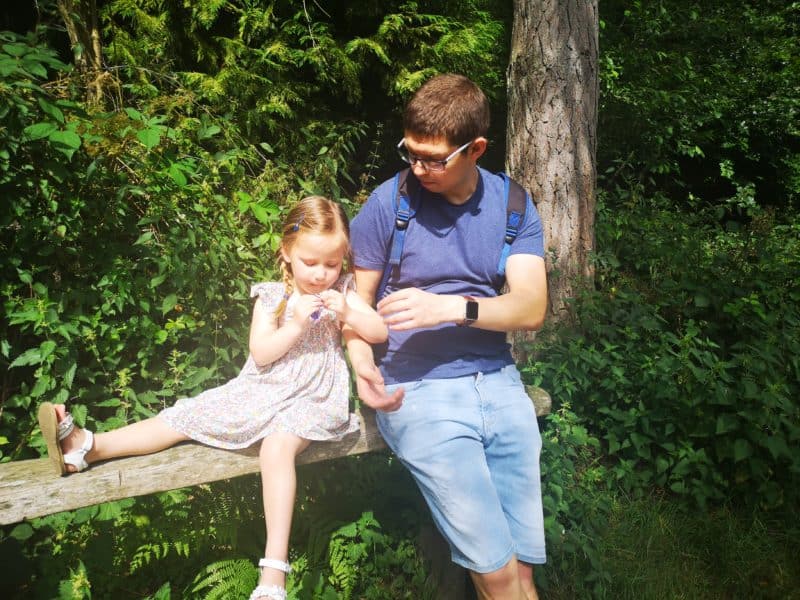 One of the first places we stopped at was a really big pond, which was filled with lily pads. There was only one flower out on this day but I imagine it to be so beautiful when there are more that are open. We took this opportunity to get Erin a snack and a little sit down while I roped John into taking some photos for me. 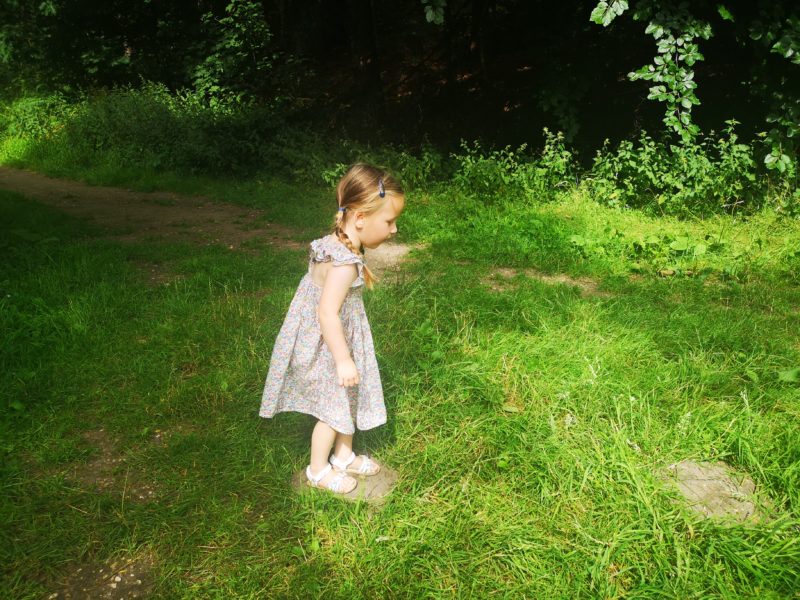 Around half way around the red walk there is a fire lookout tower. I think this was one of Erin’s favourite parts and she was super brave and went all the way to the top. I only went up the first set of steps, where the picture below was taken from, and even that was a bit too high for me! Erin wanted to stay up on the tower for ages and I think she would have spent hours there if we’d let her. 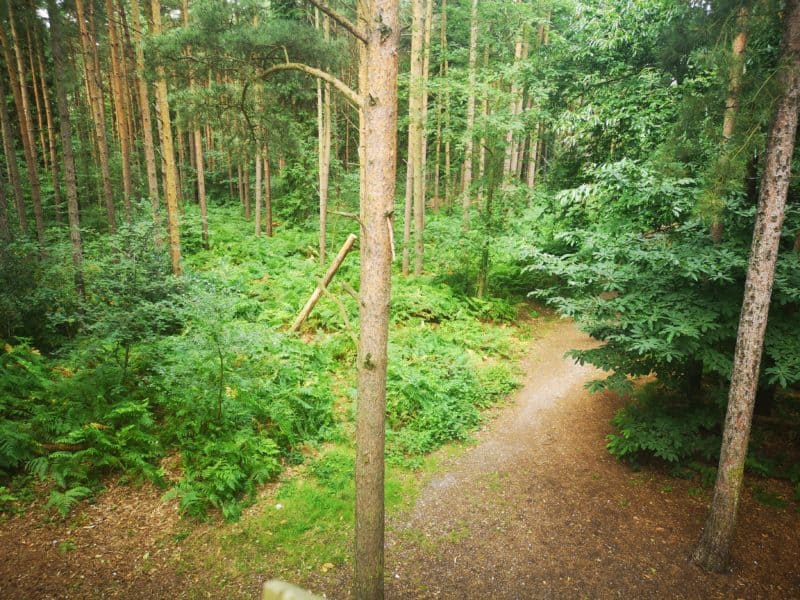 As we wandered around in the woods we found loads of things for Erin to do. There was bits of wood to walk along, patches to hop across and so many great sticks to play with. I love that Erin can find something fun in something so simple. There are also things like wooden people in the woods and Erin really enjoyed it when we came across something new. 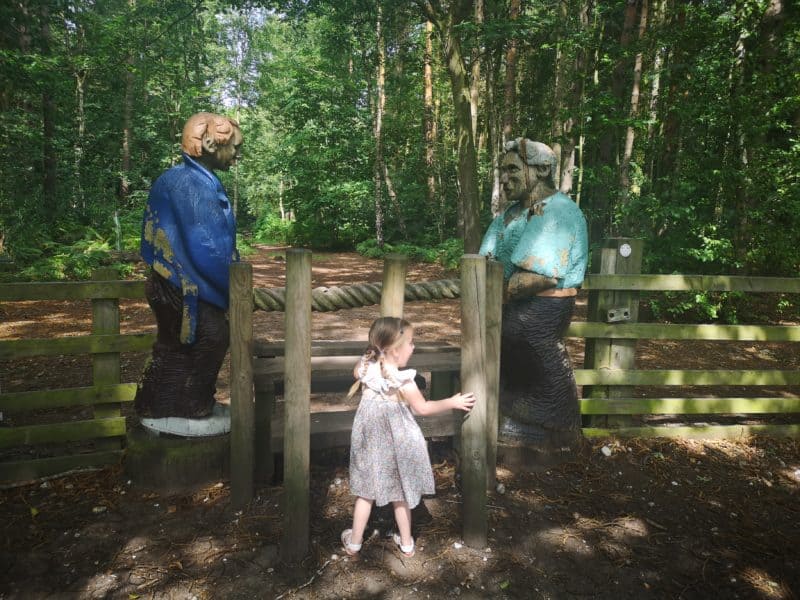 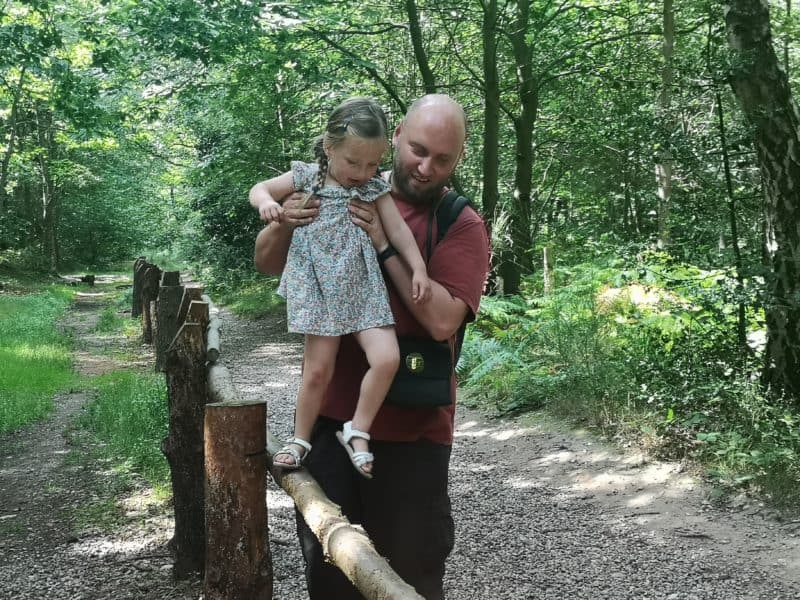 One of my personal favourite spots was an archway near the end of the route. I couldn’t help but to get John to take some photos while we were there. 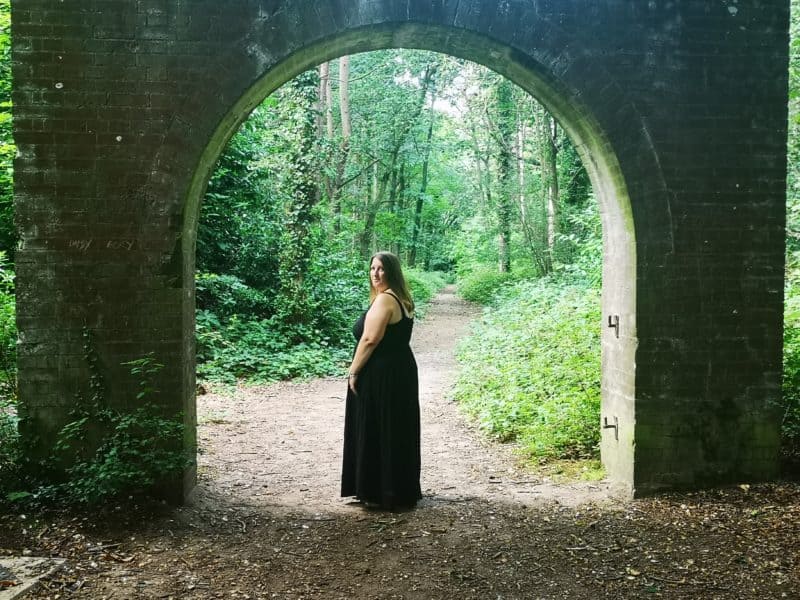 Right back at the beginning of the park there is a really lovely play area and Erin obviously wanted to play for a while. There are quite a few picnic tables dotted around this area too so not only can the children play but there is somewhere nice to sit for a break and a snack afterwards. 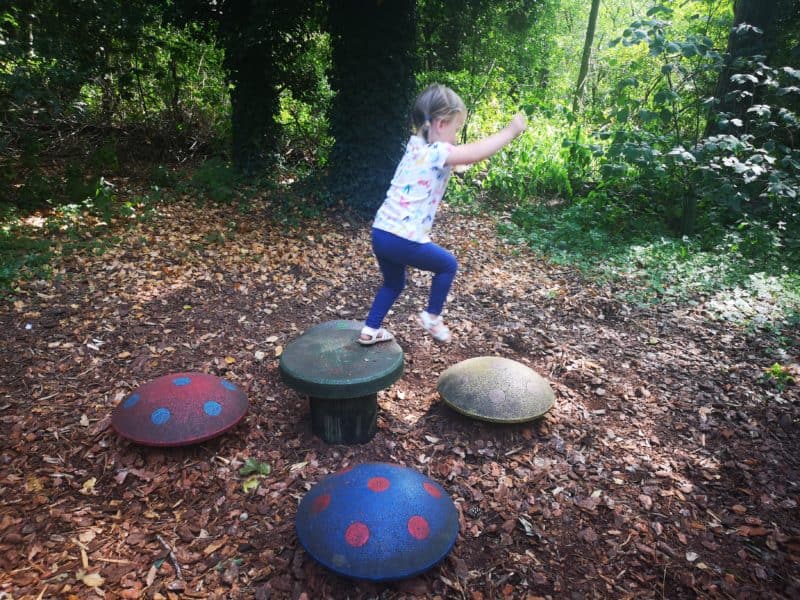 Holt Country Park is such a beautiful area of Norfolk to visit. I love finding somewhere for us all to have a great time as a family, enjoy being outside and to have an adventure. We’ll definitely be back! 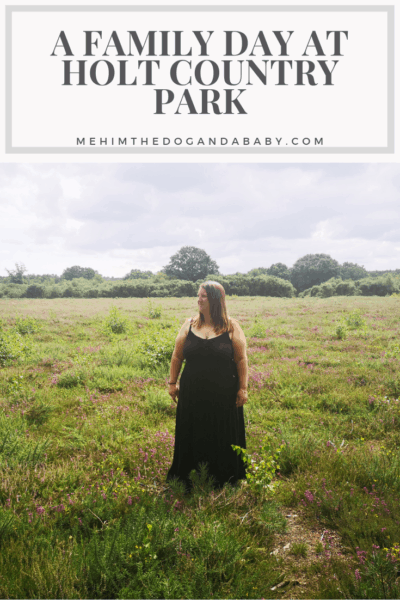 9 thoughts on “A Family Day At Holt Country Park”