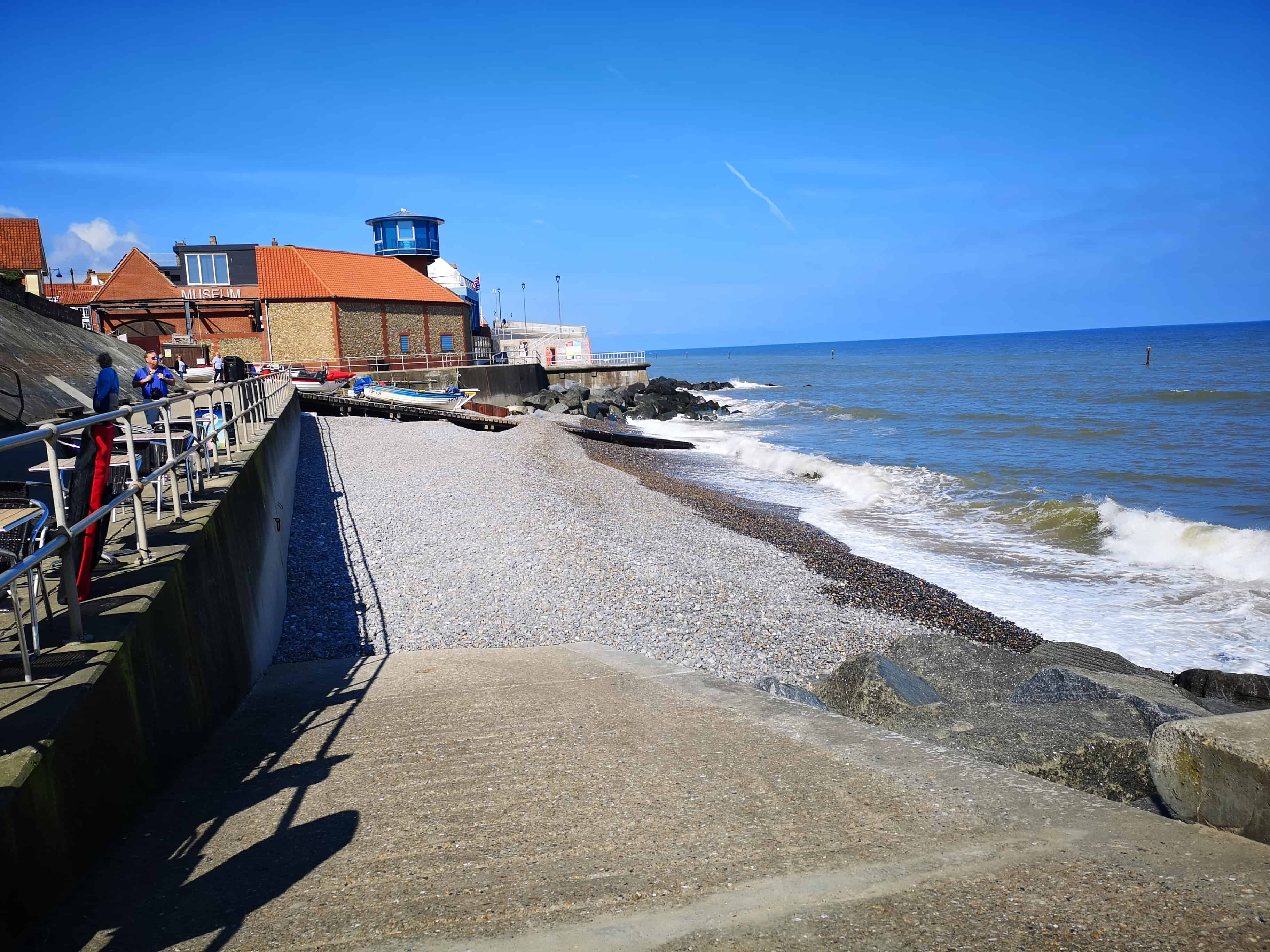 This past weekend was a very rare one where John didn’t have to work on the Saturday and we had some extra money put aside so we could go out for the day as a family. It’s not very often we do this just the three of us so we wanted to do something really fun and go somewhere sort of new. Even though I have lived in Norfolk now for six years now but somewhere I had never really been (apart from passing through) was Sheringham. We decided to make the most of the nice weather and have a beach day. 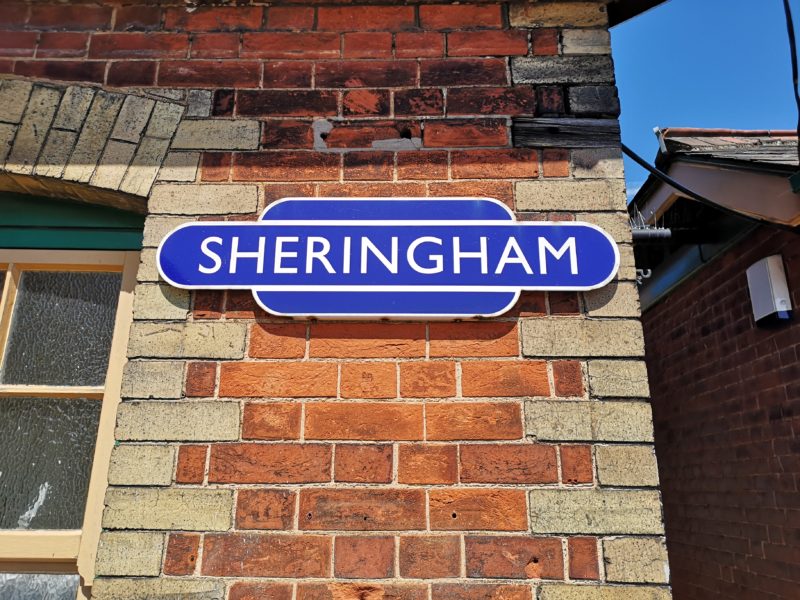 Sheringham is 30 minutes away from where we live by train and with our railcard it doesn’t cost much for us to get there. I really don’t know why we haven’t chosen it for a day out before.

We started our day with a walk down the sea front. The plan had actually been to go to the beach to make sandcastles but I didn’t realise that Sheringham’s beach is a pebble beach! So, we walked around, played between the beach huts and then went back to play with the pebbles. Erin actually had way more fun doing this than I thought. She would have happily stayed there for hours if we’d let her. It wasn’t the most comfortable of places to sit but we made the most of it and I loved watching Erin have so much fun. 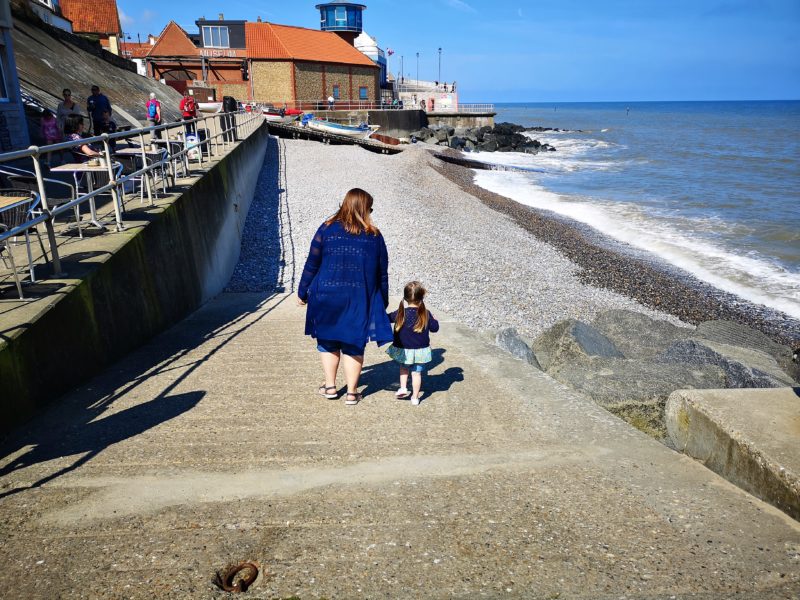 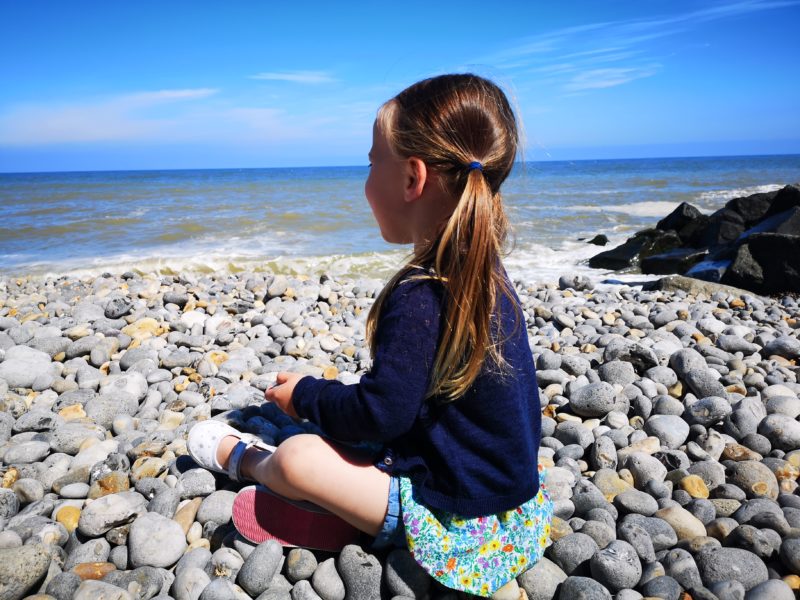 After the beach we had to drag Erin back into town so we could get some lunch. We wanted something really simple and something I hoped Erin would eat so we just went for some chips. I actually can’t remember the name of the place we chose in the end but they had tables inside so we could eat in and the prices for this were the same as the take away prices. Erin actually happy ate some chips and a bread roll. We were able to have quite a cheap lunch and a relaxed one too which I think helped Erin to want to eat. 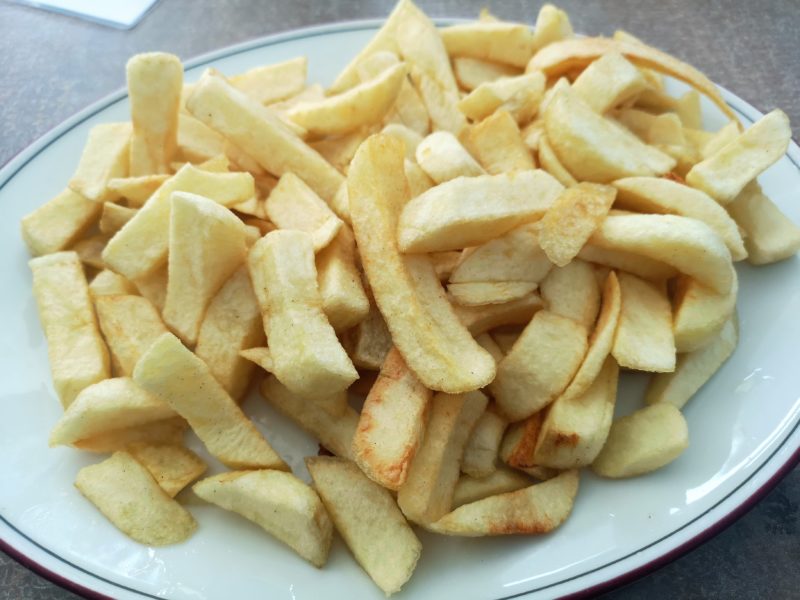 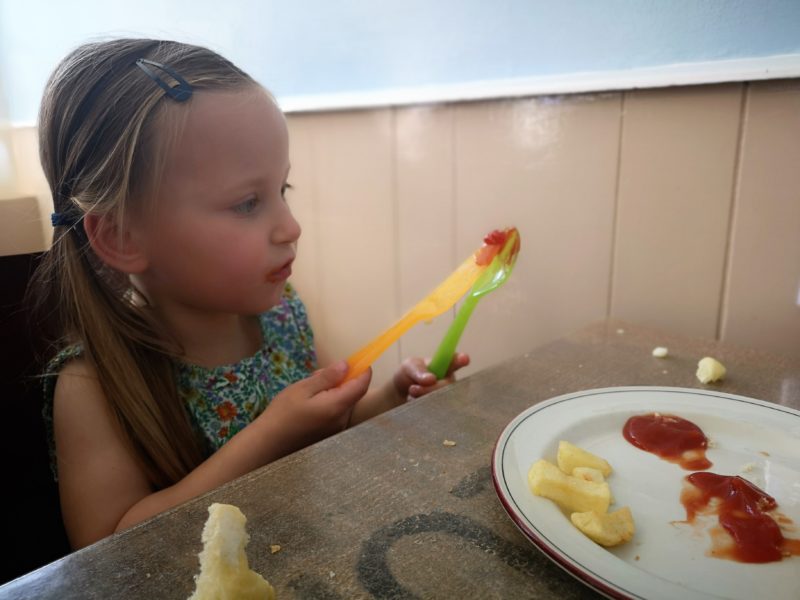 I think the whole point in us going to Sheringham for the day (in Erin’s mind) was for ice-cream. Before we actually got there Erin declared that she would have ice-cream before lunch and the beach and then she might do the other things afterwards. Luckily, we did manage to do things the right way round. Of course though, Erin gave her up on her ice-cream very quickly and stole mine instead. Somehow, she manages to do this no matter what food I have. 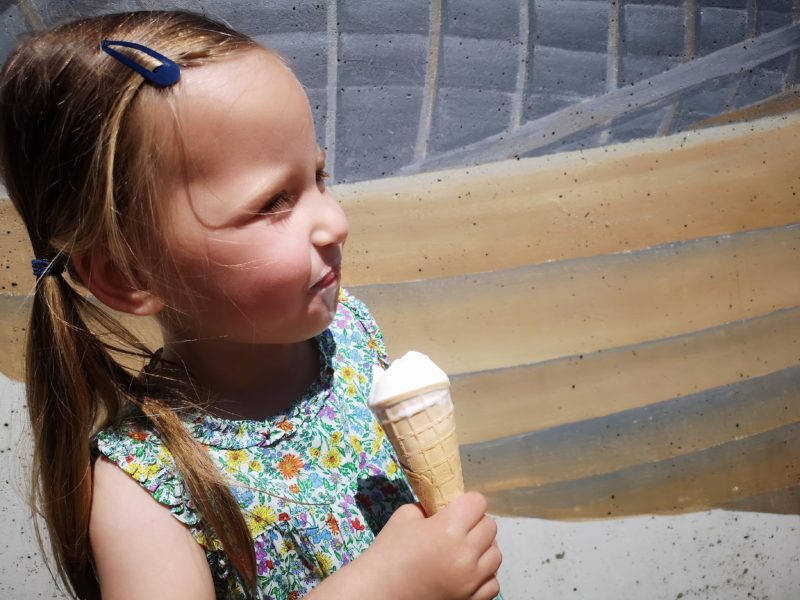 Erin was getting pretty tired at this point as she’d woken up at 4am that morning! I was surprised she was still awake really. Erin had seen the arcades though and they’re one of her favourite places to go so we had to. Armed with some 2ps, Erin played for a little while before we went for another walk down the high street. 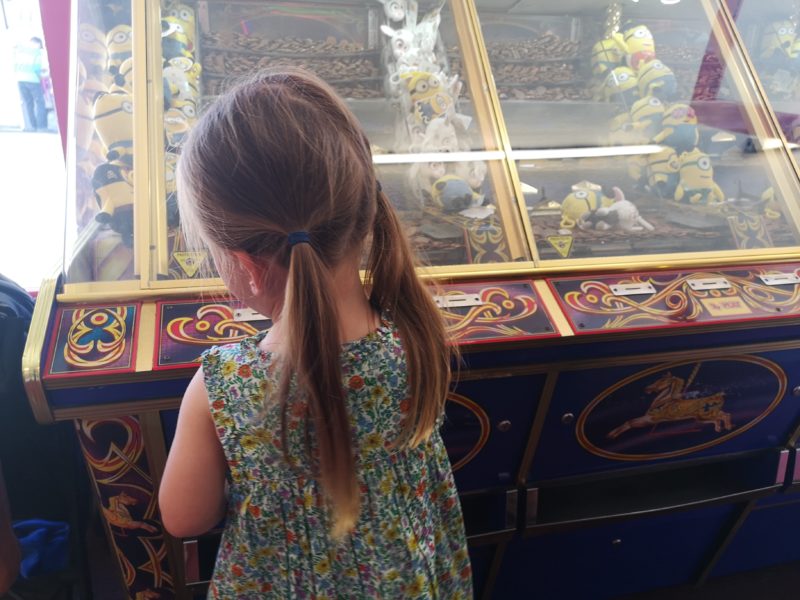 Erin managed to get to around 1pm before falling asleep in her pushchair! John and I took this time to have a slow wander around, nip to Tesco for a drink and then wait for our train home. There is much more we’d like to do in Sheringham so I can’t wait to go back for another visit this summer! 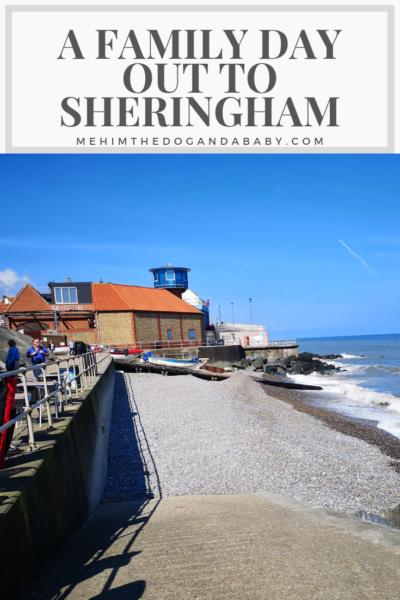 8 thoughts on “A Family Day Out To Sheringham”