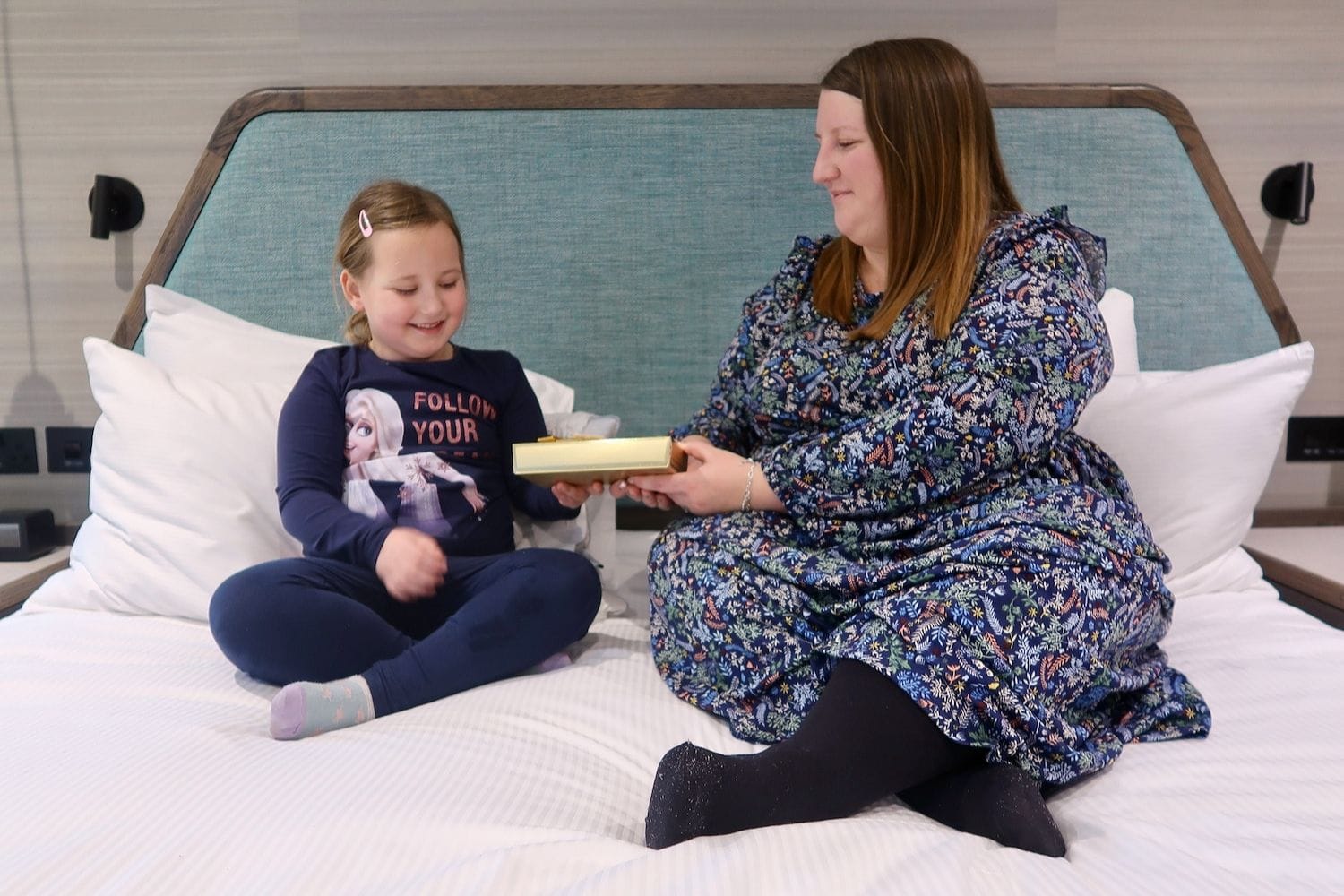 To make Erin’s birthday extra special this year we planned a trip to London between Christmas and New Year. With Erin’s birthday being on New Year’s Day it can be hard to do something really fun so we wanted to try going away this year. We were very kindly given a stay at the DoubleTree by Hilton London West End.

The DoubleTree by Hilton London West End is in a really great area of London. You’ll find the hotel in London’s historic district of Bloomsbury, between Holborn and Russell Square Tube stations. The British Museum is less than a 5 minute walk away and it’s only a 15 minute walk to Covent Garden. Between so close to tube stations and central London means that you can get anywhere really easily.

Our booking confirmation said that check in was available from 3pm. We arrived in London earlier than this, at around 10:15 and wanted to make the most of our time so we headed to the hotel early to see if we could store our luggage until later in the day.

We had a lovely welcome to the hotel and were told that our room was actually ready and we could get checked in now. This was ideal as it meant we could sort ourselves out a bit before heading out for the rest of the day. Check in only took around 5 minutes but we did need to show valid ID and have £50 authorised on a card, which is sort of put into limbo during the stay in case of any damages etc. I guess. These are both things that are really important to know before your stay.

We were originally booked into a King Studio Suite but when we arrived at our room, on the 6th floor, we realised we had been upgraded to the King Junior Suite.

Our room consisted of a large bedroom with king bed and single bed for Erin, a seating area with table and a desk with mirror and lamp as well as a TV on the wall. The room was so spacious and even with the additional bed put in there, we had plenty of space to move around, leave our things out and still be really comfortable.

Something I was very appreciative of was the separate space for making drinks. This area was along the wall near the door to the room and also had a hidden mini fridge and safe as well as storage in the cupboards. The mini fridge was well stocked with Coca Cola, Diet Coke, Pringles, Kit Kats, white wine, red wine and orange juice. We had also been given a few bottles of still water when checking in. The contents were complimentary which was a really nice touch and it meant not having to think about going out to get drinks for the room from somewhere else.

After being in the room for about 15 minutes we were brought a lovely fresh fruit platter and a couple of boxes of delicious chocolates. This really helped to make our stay that bit more extra special compared to other hotels, especially as the fruit was topped up again the next day. These little extras were something we all took notice of and something that Erin was especially impressed with. Other extras included bathrobes and slippers and a Nespresso machine.

No hotel room is complete without a bathroom and the King Junior Suite’s was fantastic. Being well stocked with shampoo, conditioner, shower gel and body lotion meant we wouldn’t have needed our own toiletries if we hadn’t wanted to take any. The large mirror and sink area was very spacious and there was also storage underneath the sink and next to the toilet if needed. The bathroom also had a large walk in shower with both a handheld option as well as another overhead (both work at the same time if you want). The shower could get quite slippery, as most walk in showers, so this is something to be aware of.

With the help of the adjustable thermostat, heavenly feather pillows (non allergenic) and huge bed, I slept so well during our stay, as did John and Erin.

I’ve stayed in a lot of hotels and by far the DoubleTree by Hilton London West End has had one of the best breakfasts. Firstly, the two men working on both morning were fantastic and the service was impeccable. We absolutely could not have asked more better.

The hotel had a great selection available for breakfast including a range of different eggs, sausages, bacon and hash browns etc. I love a proper cooked breakfast when staying in a hotel as it really helps to set you up for the day. On top of this there was a selection of meats, cheeses and smoked fish, options of pastries and muffins and fresh fruit and yoghurts. There was also the obvious choice of cereals which came in individual boxes or packets.

Something we all loved about breakfast at the DoubleTree by Hilton London West End was the pancake machine, bringing back memories of being away in America. These were some of the best pancakes we’ve had in a UK hotel and even better that they were fresh and hot. Erin found a new love for Maple syrup and ate pancakes each morning that we were there.

I think we were all sad to not be staying another night, mainly because we wanted breakfast again.

A few things we didn’t use during our stay but I wanted to mention was dining options. The hotel has a restaurant on the ground floor and room service is available 24 hours a day. You could also hire bikes from the front desk and there was a concierge if you needed anything else.

We all honestly loved our stay at this hotel, with it being mostly perfect. Something I do have to mention though is the price. Being a luxury hotel you will be paying a premium price but the service, standard and what’s included make it somewhere special to stay. The suite we stayed in was the most expensive room for us but there are quite a lot of other options too. 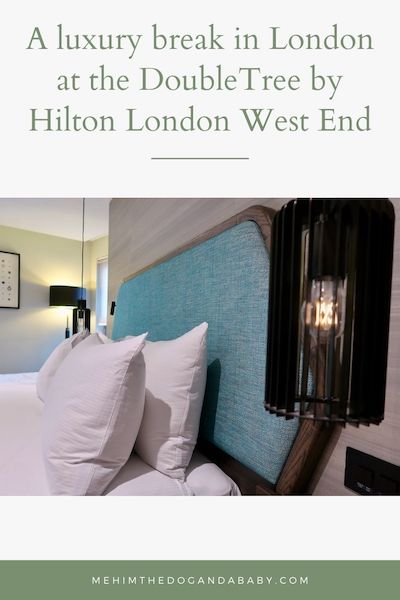