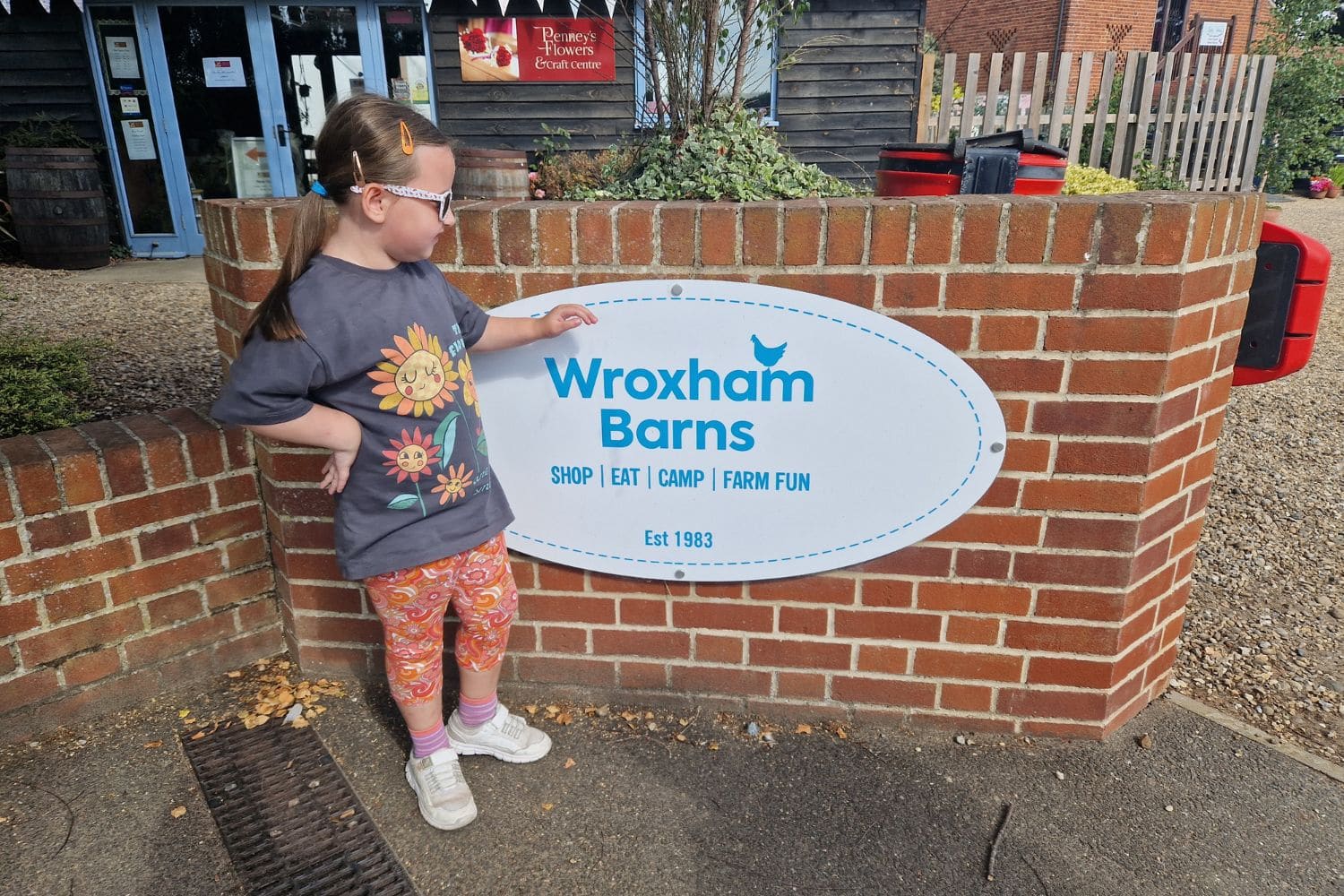 We’re very lucky here in Norfolk that we have some really amazing attractions for families and one of our personal favourites is Wroxham Barns. Since our last visit there have been some new additions and we couldn’t wait to check them out.

If you are planning a trip to Wroxham Barns then it’s important to know that tickets must be booked online in advance. You will need to choose a time slot for arrival too and this is done so that guests aren’t all arriving at the same time. It’s really great to see that Wroxham Barns have chosen to keep some of the safety ideas that were put in due to Covid even though they don’t have to. It definitely makes me feel safer and valued as a customer.

We chose to arrive at 10am, right when Wroxham Barns opened. For us, this means we get to go around the Junior Farm before it gets too busy and we don’t have to wait to be able to feed any of the animals. If you want to feed animals then you can buy this from the entrance kiosk before you go through to the farm.

The Junior Farm had a few new additions last year such as the platform walkway and den building. Previously, we found that we would sometimes get through the Junior Farm quite quickly and these new features mean that we were able to stay a bit longer and do other things.

We were also happy to see some other great features back as well such as pony grooming and small animal handling. These aren’t things we’ve ever been able to do before but the board near the entrance detailing all of the times were really helpful and it meant we could plan our day around what we wanted to do. There was queues for both of these activities so I would recommend getting to the area about 10-15 minutes beforehand if you want to be near the front of the queue.

The Junior Farm also has a soft play area, albeit a small one. This soft play area is for children under 10 with two sort of separate areas. There are little ride on animals and these would be perfect for smaller children while there’s a slide and an area to climb around which was great for Erin’s age.

What we love the most about a trip to Wroxham Barns is that entrance to the Fun Park is also included. This is by far Erin’s favourite area and we spent the majority of our day in this area.

In the Fun Park you’ll find some rides such as the Pirate Ships, Train and Jumping Frogs. At age 5 these are all rides that Erin still really enjoys but they’re also great for younger children as well. Parents can go on the rides too with children so if they’re not sure about them it’s great to know they don’t have to go on their own.

Erin’s absolute favourite in the Fun Park is the jumping pillow. There are actually two jumping pillows; one for children 5 and under and another for children 6 and over. Although Erin is 5 she much prefers the bigger jumping pillow as it seems to bounce that bit higher than the one for smaller children. I think if we let her, Erin would stay on this all day.

Wroxham Barns are always trying to add new and exciting things for you to do during your visit and I think they’ve excelled themselves in 2022. At the back of the Junior Farm, and next to the camp site (which was new in 2021) is the Field of Fun. Here, you’ll find a maize maze, sunflower field and foam party!

Before entering the maize maze you can pick up a map which has the stamp trail on the back. The map is really handy for finding your way around and to find the 7 stamps that are dotted around. Erin began just by running off though and it took us a little while to figure out where we were on the map but finding a stamp really helped us with this.

The maze isn’t too big so you won’t be spending hours getting lost in there. I think we were there for about 25-30 minutes but you could easily take a bit longer if you don’t want to follow the map. You could also do it quicker if your map reading skills are better than ours.

I was really excited about the sunflower field, as they’re really popular right now and I’d never seen one. Unfortunately, the weather hasn’t been great for flowers this summer and because of the lack of rain, the sunflowers hadn’t thrived as well as they could have done.

However, there was plenty and just big enough for us to take nice photos. Wroxham Barns have also added some great photo props around the sunflower field so we had a great time finding these and taking pictures. Something that might seem obvious, is that there are going to be lots of bees and wasps around and on the sunflowers. There are paths so you don’t have to get too close if you want to but that’s something to keep in mind if you’re with children who might get a little bit nervous around the bees.

The foam party was on at 3pm so this was something we had to go back for. It’s advised that children either wear old clothes or swimwear because of the foam. Loads of children just kept the same clothes on while we had decided to change Erin into a swimming costume.

The foam party is sectioned off with an area marked out by wrapped hay bales with an entrance and exit. Having never done anything like this before Erin didn’t know what to expect. There was a little warm up of songs and dancing before the foam started and things got messy!

This only lasted around 20 minutes or so but it was about the right length of time I thought. The foam cannon moved around so that it covered a larger area, meaning children (and adults) can spread out a bit if they want to. I was a bit worried about it being too busy but there was lots of space for everyone.

Afterwards, we were able to get Erin dry and changed just on the field, as lots of other parents did. I was so glad we took a swimming costume though because Erin was so wet and slimy afterwards so it was nice for her to put dry clothes back on.

A trip to Wroxham Barns is a great day for the whole family and there’s so much to do. We were there from 10am until 5pm which was only 30 minutes before closing time. We made the absolute most of our day and packed in as much as possible but even then Erin would have been happy to stay longer.

Although summer is over, you can still visit the Junior Farm and Fun Park at Wroxham Barns on weekends until October. 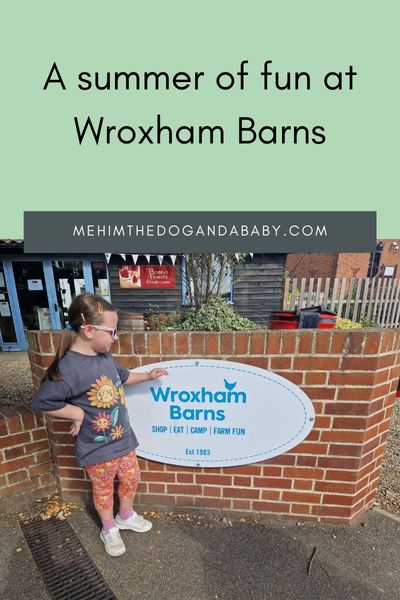