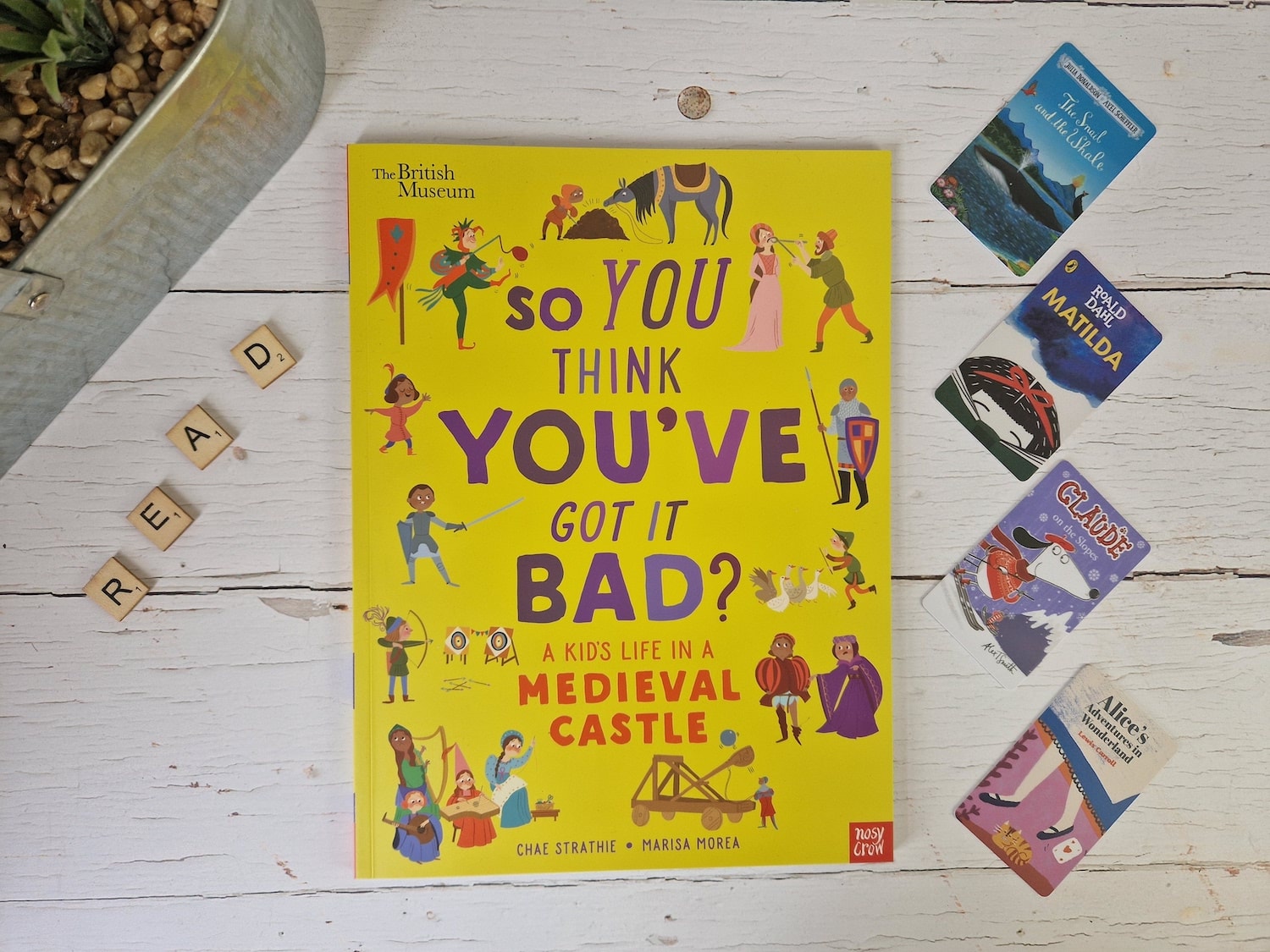 This week’s children’s book review is all about ‘So you think you’ve got it bad? A kid’s life in a Medieval Castle’ by Chae Strathie and Marisa Morea. It was published by Nosy Crow and can be purchased on Amazon.

A kid’s life in a medieval castle might sound like fun, what with all those cool battles and massive feasts, but actually life for kids could be pretty hard. In this hilarious book, written by award-winning author Chae Strathie, children will learn just how tough life really was, from getting stuck in a siege and living next to a poo-filled moat to having teeth yanked out with pliers… and even eating live blackbird pie!

Probably the first book about medieval times to feature talking cats and bottom burps, this is a must read for kids with a passion for horrible history!

Growing up, History was my favourite lesson at school and I still personally enjoy learning about it now. What I think is even better is that I can do it with Erin and there are some really amazing books out now, especially through Nosy Crow.

Our next thing to learn about is living in a Medieval Castle! I’ve visited a few castles in my time but I’ve never really learned about what it would be like to live in one.

What I love about the So you think you’ve got it bad? series is that it’s made to be really easy for children to compare their own lives with what they are reading about. A great start is by explaining that the medieval period, or the Middle Ages, lasted from around 500-1500, which is a lot longer (and not as long ago) as I thought it was.

Throughout the book there are repeated features such as ‘Do you ever wish…’ and ‘Fancy that!’. This is great for children being able to flick through and find out smaller bits of information if they want to, or, being able to single out a particular feature in the book.

As this book is about the medieval period, there’s a lot about some really gross and smelly things… which I’m sure children will love to read about. Imagine sleeping on itchy straw beds on the floor or being surrounded by a moat that stunk because of all the poo that was in it!

Pages are laid out really well with a good mix of large and smaller illustrations, surrounded by sections of text. I think this kind of layout can stop children being overwhelmed by there being so much text on a page. Instead, it’s broken up really nicely into manageable sections.

I can’t wait to see what time period this series will cover next. 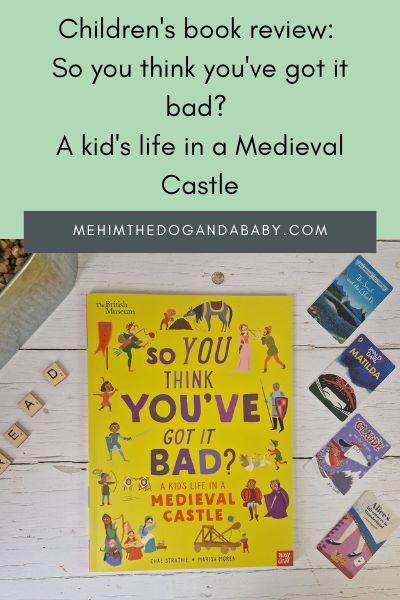