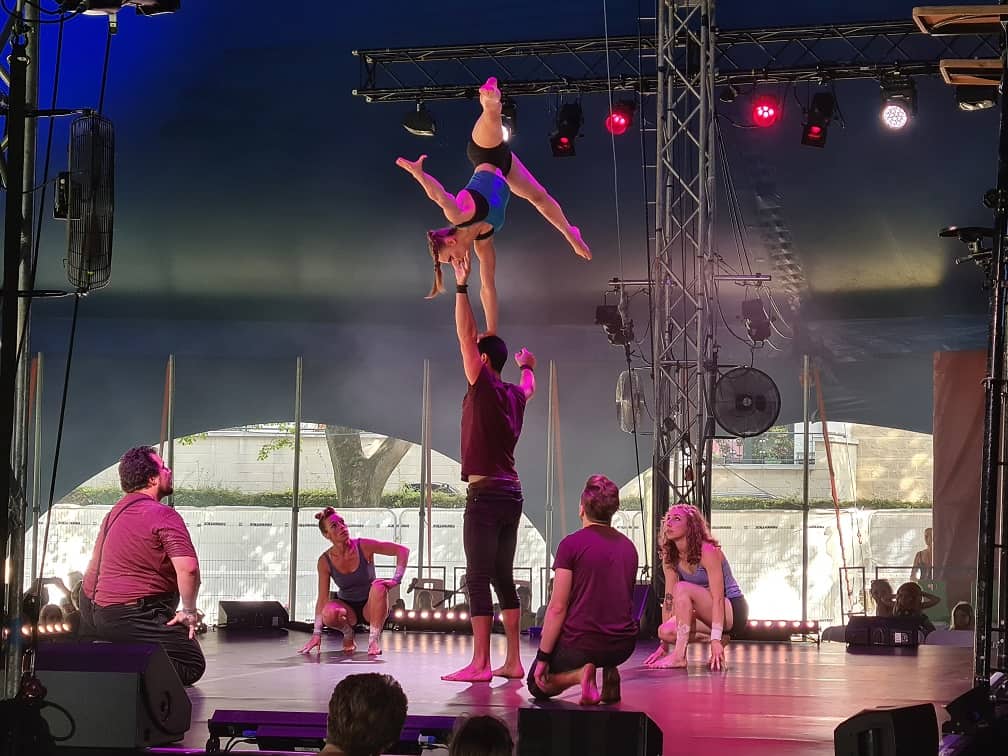 I honestly can’t remember the last time we went to see a show. It must have been last year and this year, COVID-19 has affected theatres so much. This summer, between Monday 10th August and Sunday 20th September 2020, Norwich Theatre Royal and Lost In Translation Circus teamed up to present INTERLUDE in Chapelfield Gardens. We were invited to check out a show suitable for age 5+ called Circus Treats. 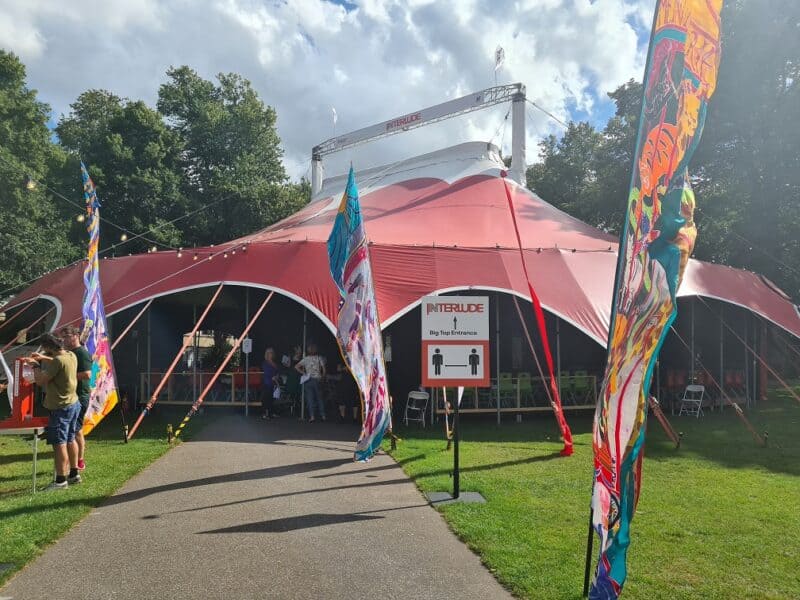 Seats inside are set up into groups of 2, 3, 4, 5 and 6 in order to maintain good social distancing. You can see the layout when you book tickets online so it’s easy to choose where is best to sit for your group. We found that there was plenty of space around each set of seats and it was all really quite spacious and well laid out. 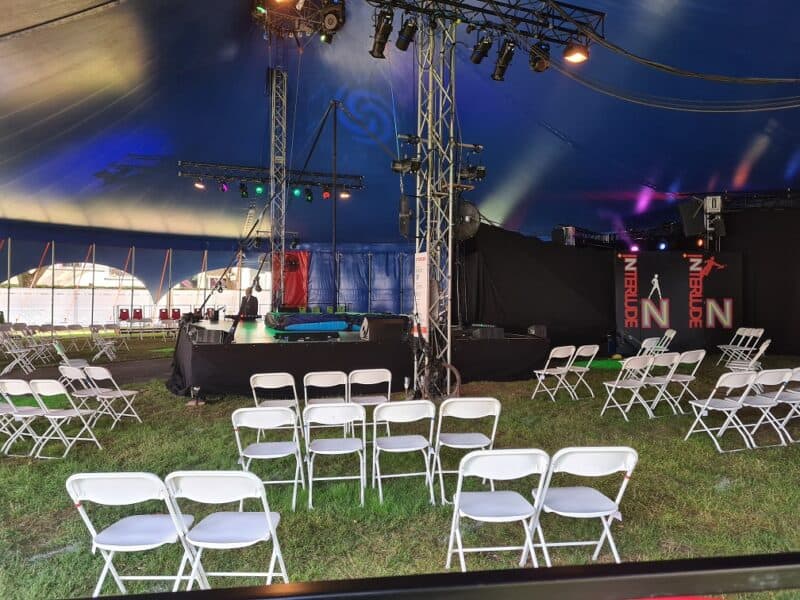 Sadly our seats weren’t in the best of positions. We had an area suitable for 6 people which is at the back of the area and at the side of the stage. Our view was obstructed quite a lot by equipment and both Erin and I had to keep moving around to be able to see properly. As a show put on in a venue with seats on either side I think this could have been thought of better.

The equipment at the side of the stage might not have been as big of an issue as it was had the show been designed a little better. Not once did the performers address the audience at the sides of the stage and instead focused everything on the front of the stage. Tickets are all the same price and we felt really quite ignored and not as important as the rest of the audience. 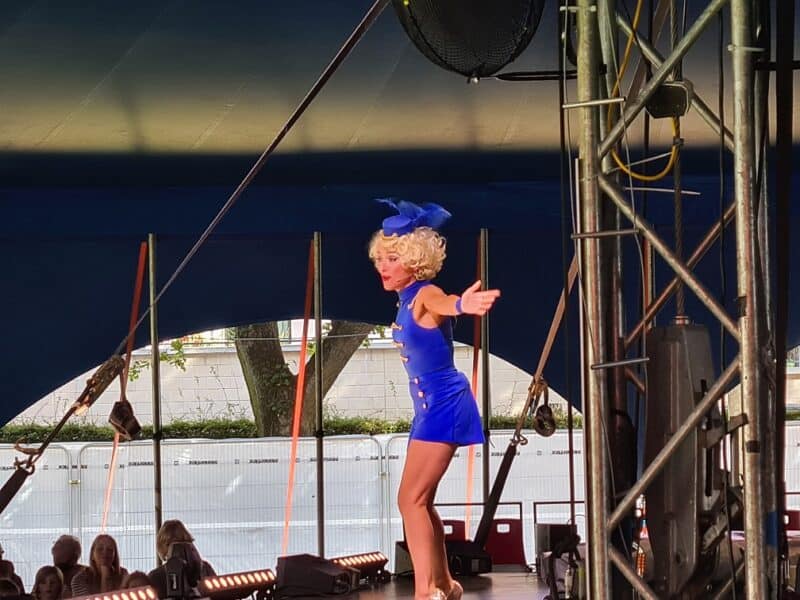 Although a show aimed at age 5+ there was a fair bit of comedy aimed at the adults. Obviously this kind of thing goes over children’s heads but it was appreciated that adults were involved in the show too. Acts were announced before they came on the stage there wasn’t much waiting time between them so this kept Erin quite happy. 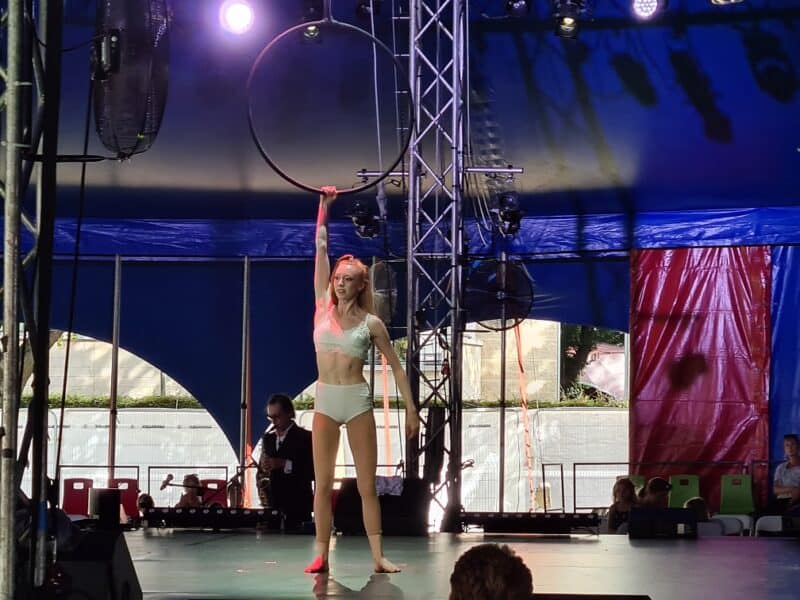 There was around 5 or 6 different acts and Erin was so excited by each of them. From comedy, to aerial work to tricks on a unicycle there was really quite a lot packed into the show, which lasted just over an hour (without an interval). When the lady come out wearing all white Erin did a bit of a squeal and shouted quite loudly in shock that she was naked! It took her a few minutes to realise she wasn’t but it was a funny thing for her to say.

I think we all really enjoyed each of the acts although some more than others. I personally loved the guy on the unicycle who attempted to get himself dressed as he cycled around the stage. This was one of the acts that we actually got a really good view of thanks to the way he had to move around. The crowd really cheered him on and applauded so loud when he finally got all of his clothes back on. 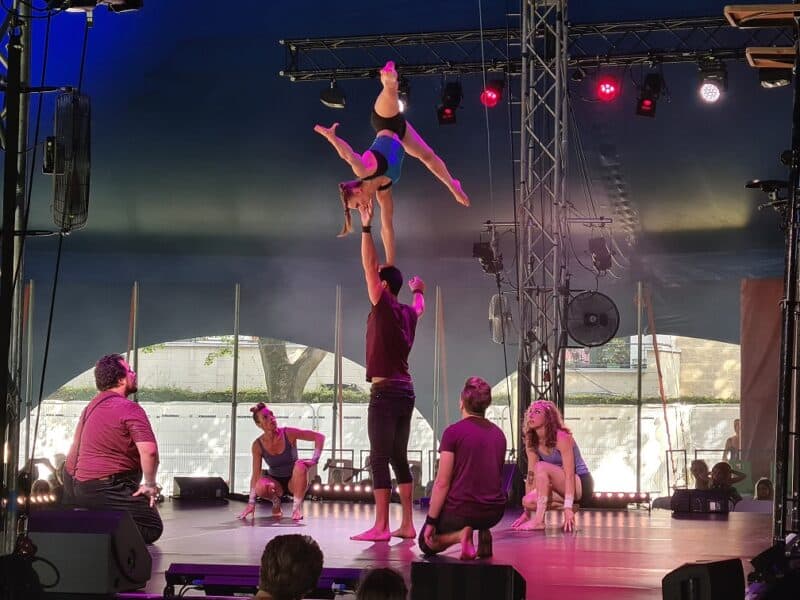 Aside from the slight seating issue, we did all have a good time. Circus Treats is fun, a bit silly and perfectly aimed at families with children. It was so nice to see something live on stage again and I think it’s great that the Lost In Translation Circus has put on something for all ages. You can catch Circus Treats again on Saturday 19th September. 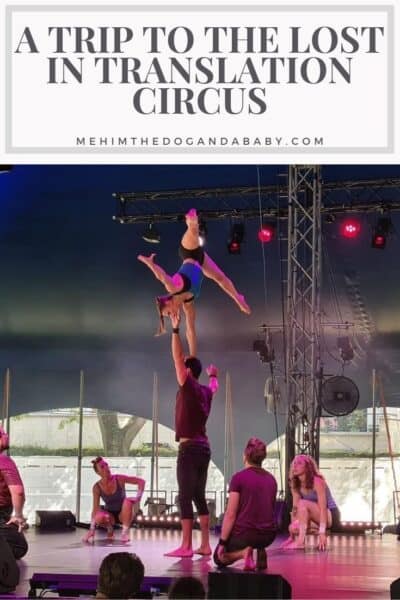