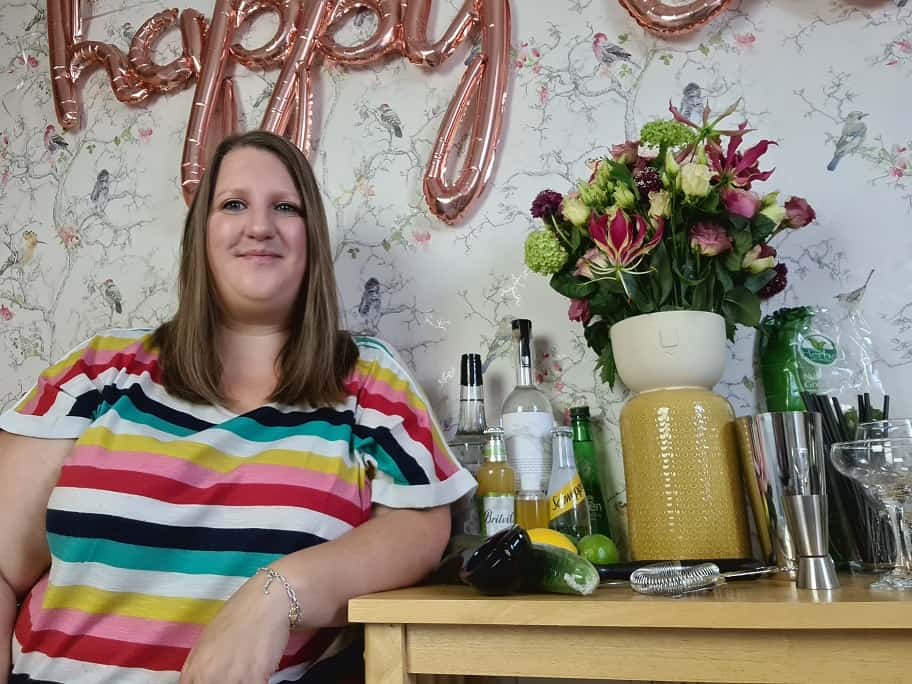 Earlier this week I attended my first ever virtual blogging event. Moonpig very kindly invited me to celebrate their birthday with them and to discover some of they things that they offer. Having never attended a virtual event like this before I really wasn’t sure what to expect and to be honest, I was a little nervous about it. However, I really want to push myself and try new things and also, it sounded so different and fun.

On the run up to the event, over the course of a few days, Moonpig kept us busy with deliveries of things like flowers, a gift, balloons and all of the ingredients we would need to make some cocktails. As each delivery arrived it got me more and more excited for the event. 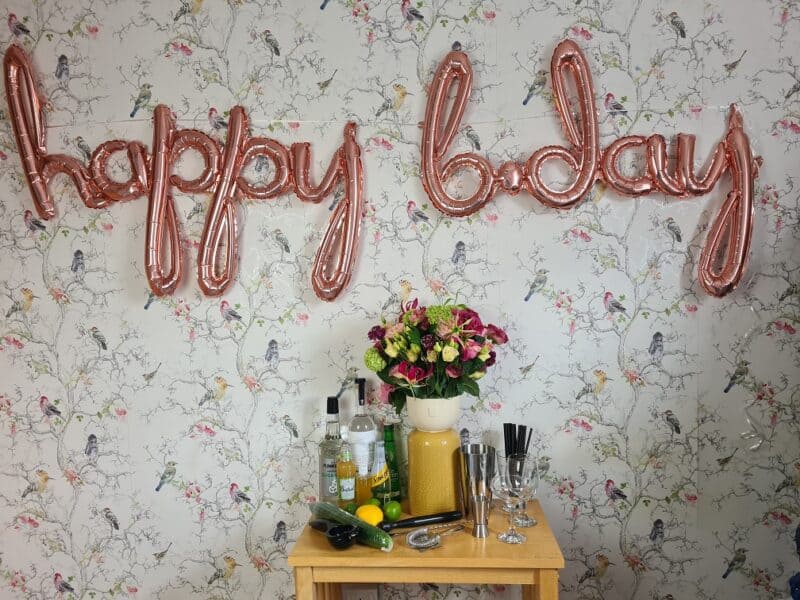 Getting started with Moonpig

Our evening started with some introductions and a run through of what we would be getting up to during the event. There was a lot more people attending the event than I had imagined but there wasn’t much time for nerves as we quickly got into a demo of the Moonpig app with Jasper!

Jasper shared so much information with us about the app and was able to show us how to do different things on both Android and iphone apps. One of the things that Moonpig is most well-known for is their celebration cards and Jasper showed us loads of ways to search for different things, how to personalise cards and some other really cool features.

Something I am terrible for is forgetting to send people’s birthday cards on time but the Moonpig app lets you set up reminders. If you’re on iPhone then you can import special dates from your calendar and I wish the Android app had this feature. I love anything that makes life easier and this is definitely one of those things.

We were also told about another fun iPhone feature where you can upload pictures of your own handwritten words to include inside a card. I worry a little that sending cards bought online seem a little impersonal but Moonpig has found a way around that. Again, this is iPhone only. If this was on the Android app it’s definitely something I would use as I’m sure Erin would love to include pictures or drawings for people.

I have a couple of birthdays coming up and I know where I’ll be ordering some cards from now.

Next up was a flower arranging masterclass with Roxanne. Everyone attending the event had been sent the Luxury Summer Garden Bouquet in advance and honestly, it’s the nicest bunch of flowers that I have ever seen. The bouquet contains: 8 x Roses, 7 x Scabiosa, 8 x Lisianthus, 3 x Gloriosa and 5 x Viburnum. The bouquet was so big that I actually had to go and buy a new vase as I didn’t have one big enough. 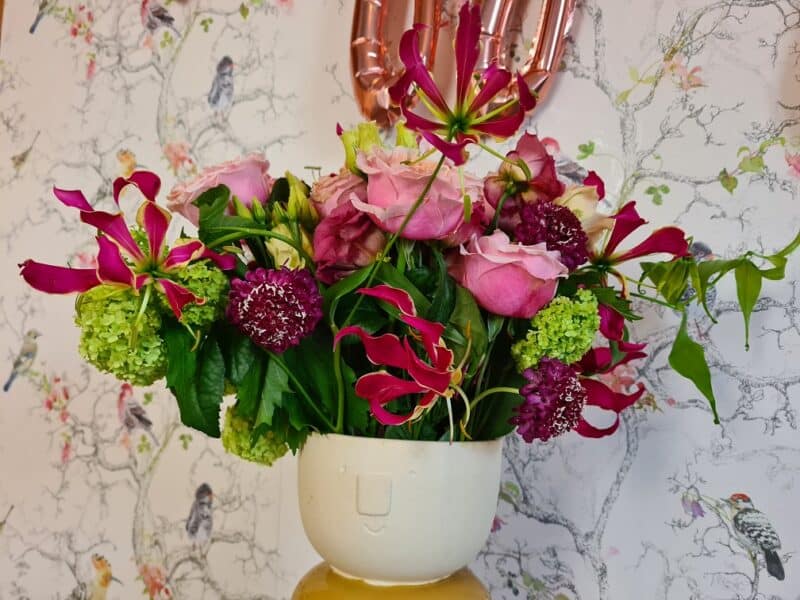 Roxanne talked us through some of Moonpig’s birthday flowers collections and some of the different flowers that they offered. It was especially nice to know that they have some pollen free options for anyone who suffers with hay fever.

The Luxury Summer Garden Bouquet arrived in a really big box, to make sure the flowers travelled safely and were not damaged in transit. They were wrapped quite tightly, again, to protect them. Erin loved that the box was big enough for her to fit in as well. 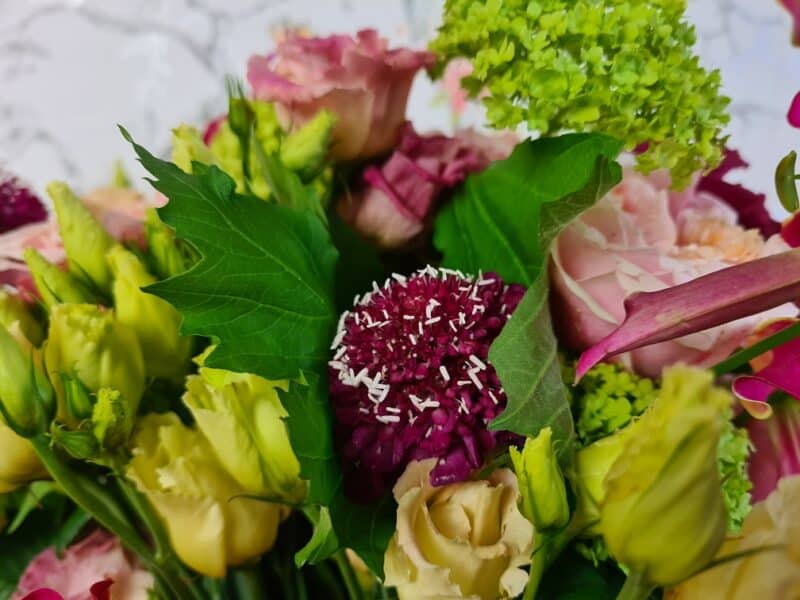 Roxanne explained that it’s important to cut the stems properly, to remove any leaves below half way down and then how to arrange the flowers. There is an easy way of doing this, which is explained in the care leaflet, but you can do it a fancier way too. I really learned a lot from Roxanne and I know that I’ll be looking after my flowers better from now on!

Flowers are not just for birthdays though and I’m sure anyone would be left with a huge smile on their face after receiving flowers like these.

Last up was a cocktail masterclass with Mix & Twist. We were sent everything we needed to make 3 cocktails on the night of the event and as you can see in the picture below, there was quite a lot! Sadly, I had other commitments at this time so I wasn’t able to stay for the cocktail making but I will definitely be trying them out another night! 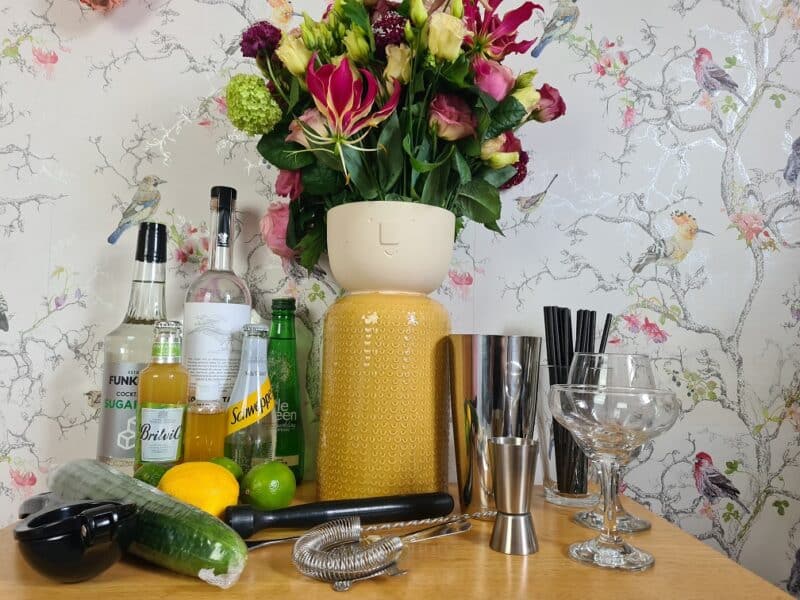 I had such a fun time at the Moonpig virtual event and I learned so much about what Moonpig can offer. You can get 30% off a card and a gift when buying together if you use the code APP30ORDER (only available on the app. Promotion ends 26th August). You can download the app here if you don’t already have it.

Thanks again for inviting me to such a fun event Moonpig! 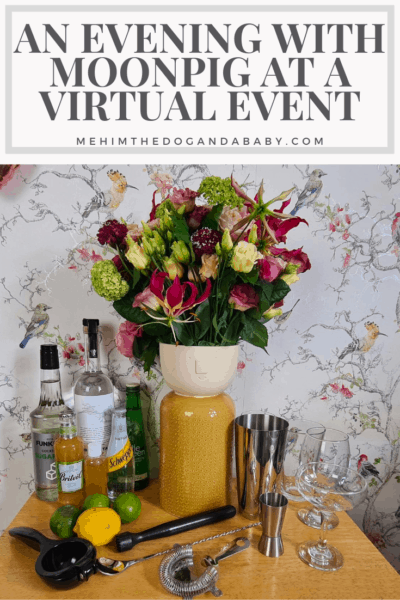 4 thoughts on “An Evening With Moonpig At A Virtual Event”