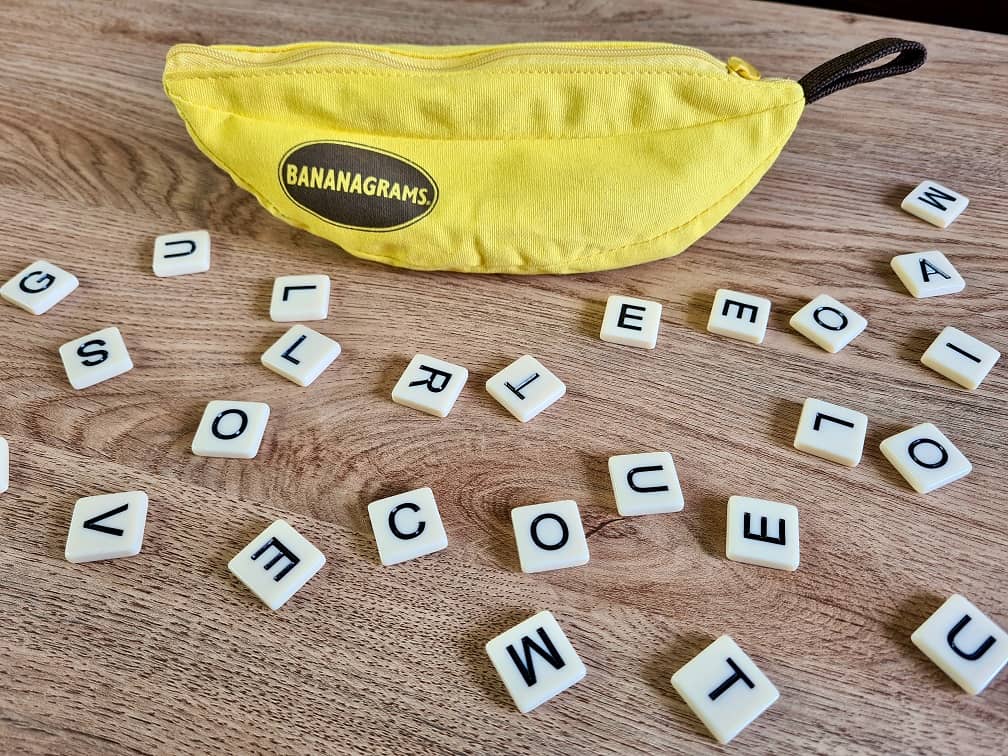 Over the past few (maybe more than that) months we have started to play a lot more games together as a family and being part of the Asmodee Blogger Board Game Club means that we get to try some new games! This month we have been playing Bananagrams.* 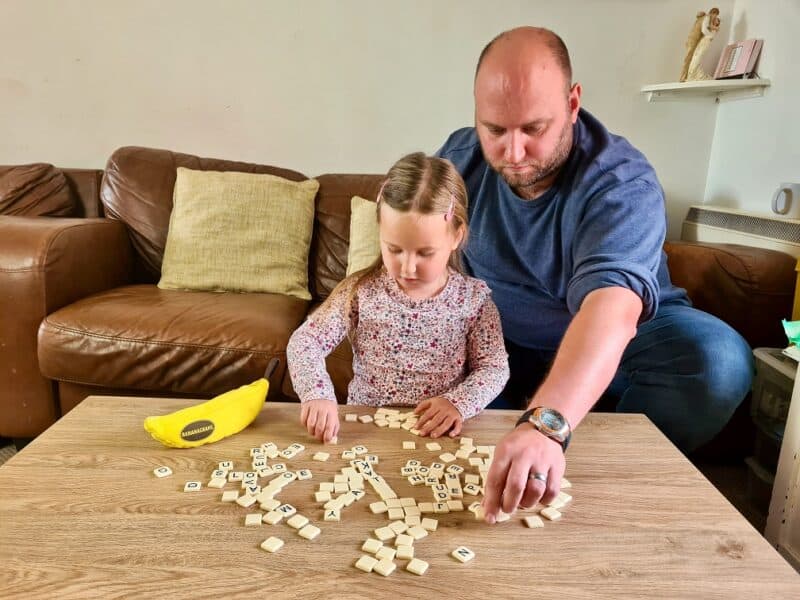 Bananagrams comes really nicely packaged in a banana! As I’m sure you can imagine, Erin thought this was great and we thought it was a fun way to store the game. Inside you will find 144 letter tiles and a small set of instructions. The rules are really quite simple and the aim of the game is to get rid of all of your letter tiles in a word grid. 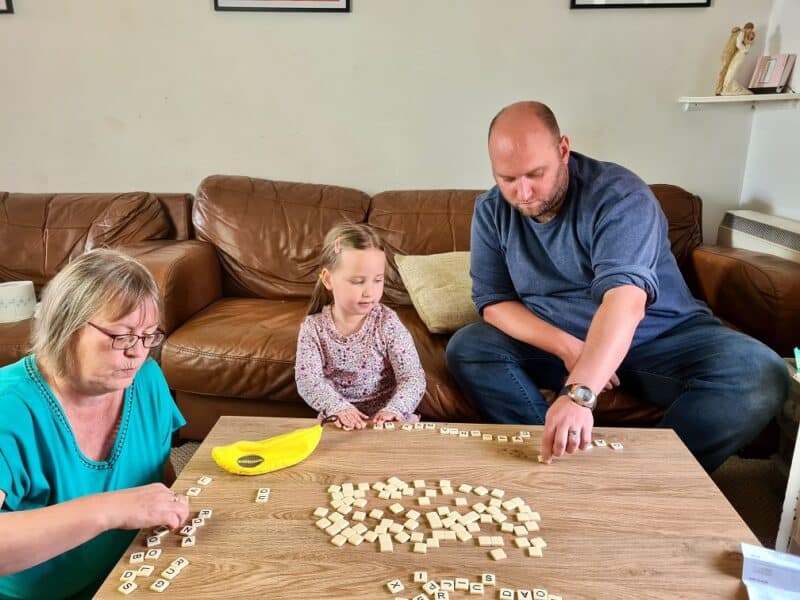 To start the game each player takes a certain number of letter tiles. This amount depends on how many players there are; as we were playing as a 4 we took 21 each. The rest of the letters go in the middle which is called the Bunch. Any player can call Split and this then starts the game. Players need to form words in a grid with their pile of letters. 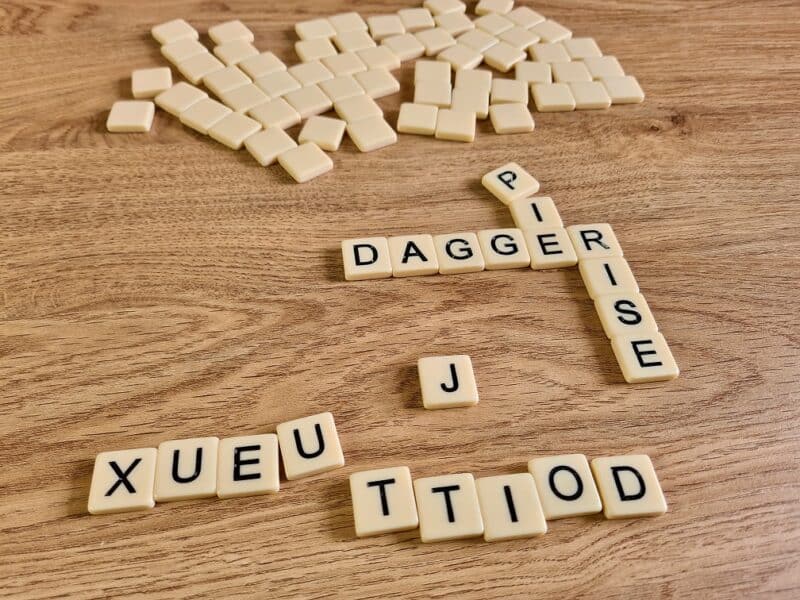 During the game, you can call Dump and this means you put 1 tile back and collect 3 from the Bunch. This is really helpful if you get stuck or end up with hard letters like X or Q. If a player gets rid of all of their tiles in their word grid they will call out Peel, and this means every player takes an additional tile from the Bunch.

When the Bunch ends up with less tiles than players the first person to use up all of their tiles calls our Banana! Other players get to check the words for misspellings etc, and if there are any, all of the tiles return to the Bunch and remaining players carry on! 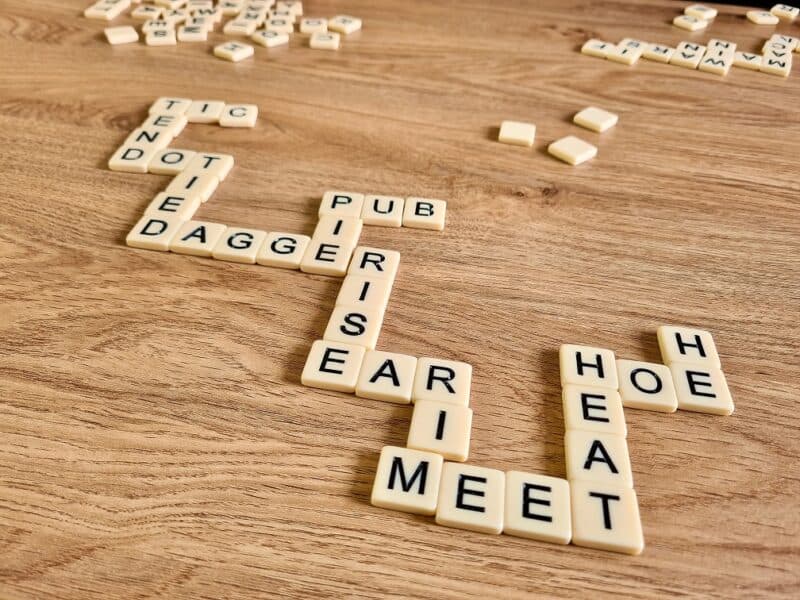 We had so much fun playing Bananagrams and it wasn’t as easy as I thought it would be. It all depends on which letters you get and how quickly you can make them into words. Erin obviously couldn’t play properly with us but we let her have her own tiles and she did what she wanted with them.

Bananagrams is a great game to get you thinking, to keep your brain going and of course, to be a bit competitive with the other players! 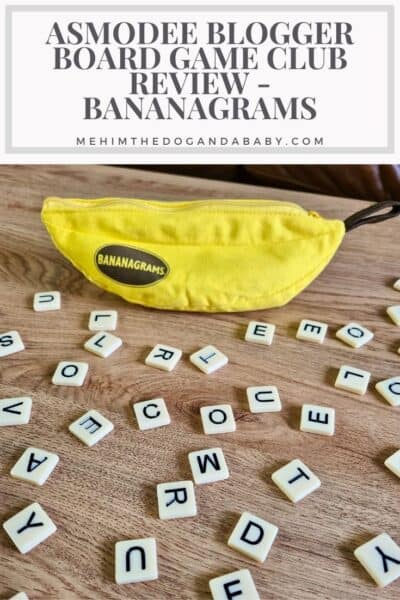