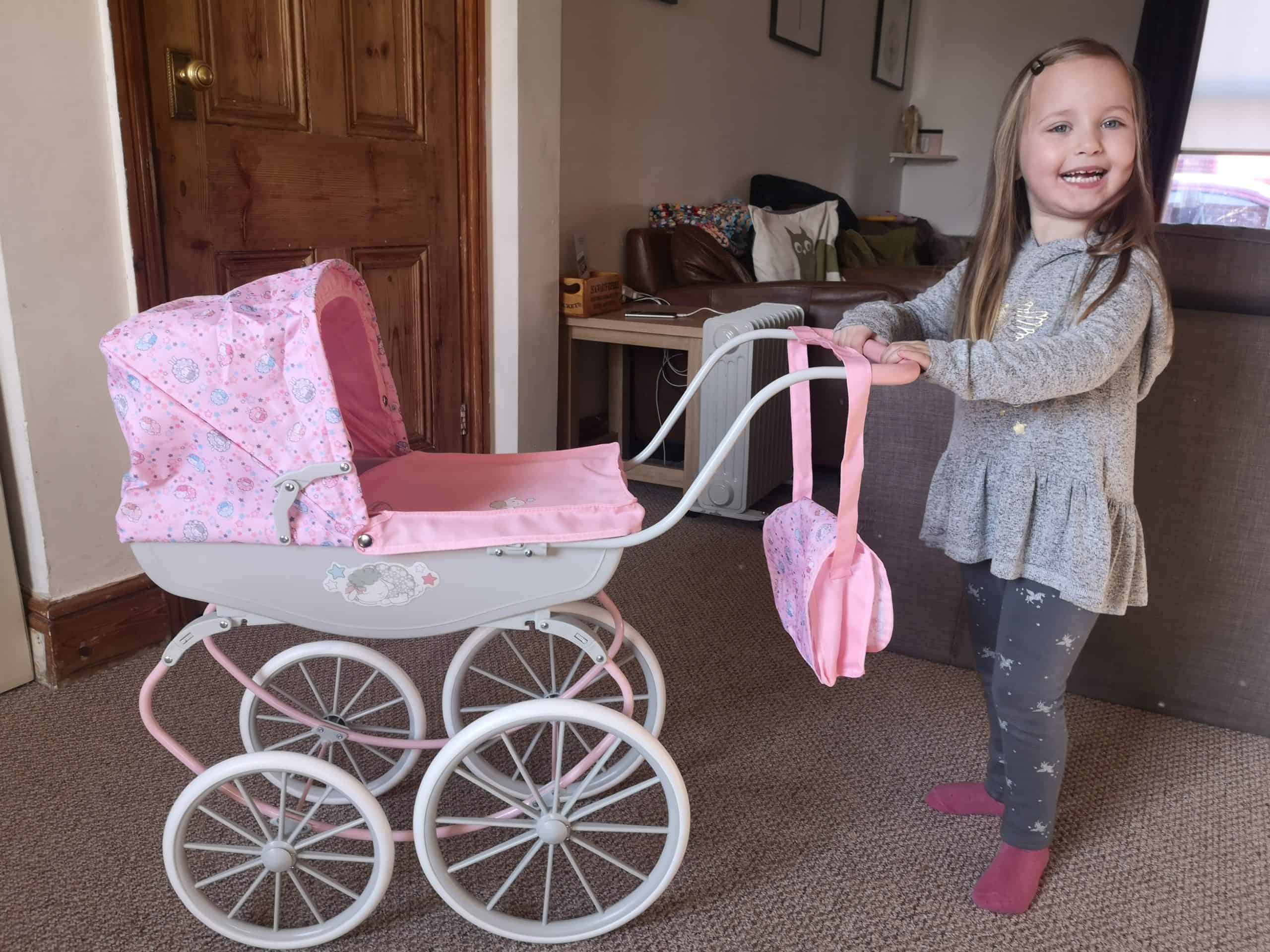 I think it was from Erin staring nursery that she started to show an interest in doll and babies and it wasn’t long before she was asking for one of her own. Over the past couple of years Erin has changed how she plays with her dolls and she loves the accessories that go with them.

Erin was recently sent a pretty big accessory and that was the Baby Annabell Carriage Pram. A new pram or pushchair is something Erin had wanted for a while so when she first saw it saying she was excited would be a huge understatement. 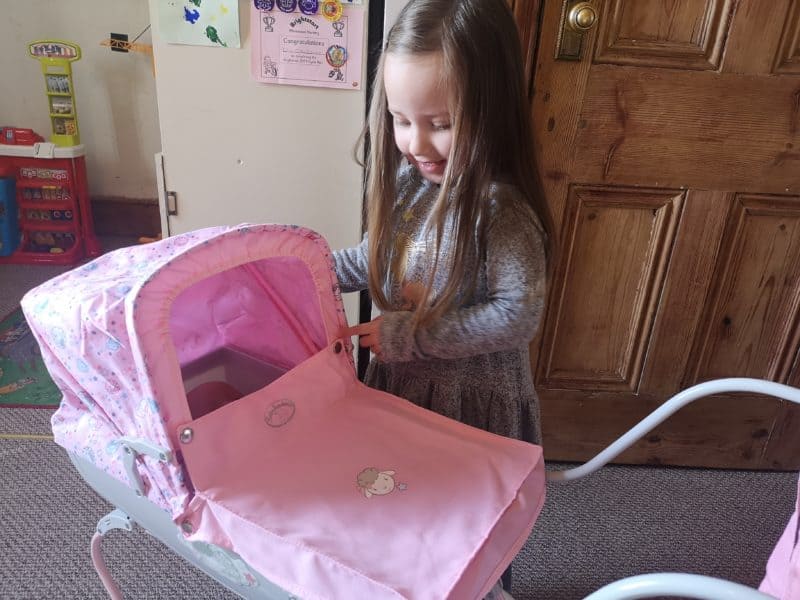 We put the pram together before giving it to Erin; there’s nothing worse than an impatient child when you’re trying to build something. The instructions were unfortunately not that easy to follow. Certain parts have to be put on one way round but the diagrams make it really hard to tell which way that is. We ended up with bits back to front a few times and had to take things apart and start over. It would be nice if there was a mark or little sticker to help show what bit went where. 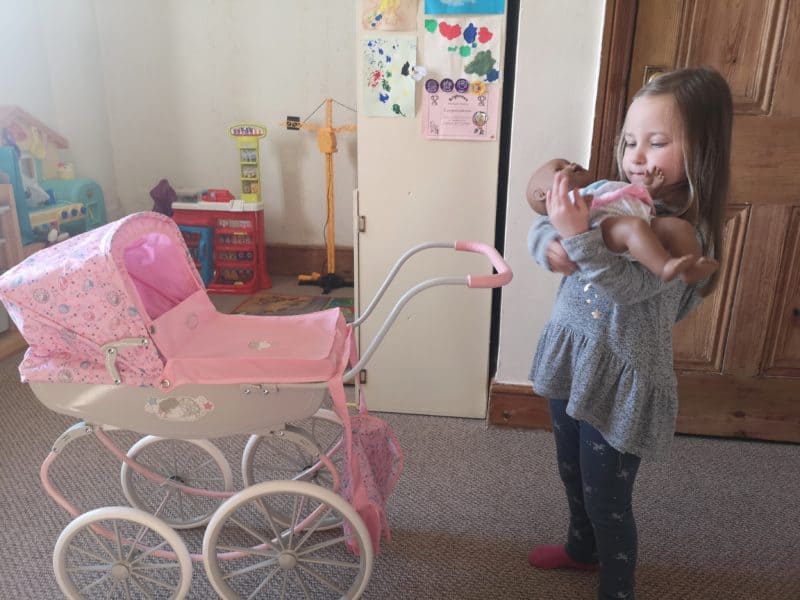 The pram has a really beautiful vintage look to it and I would call it a classic pram style. The wheels are gorgeous and the base looks really stylish. The Baby Annabell Carriage Pram comes with some wonderful features such as the moveable hood, large handle, changing bag and soft pram ‘bedding’ for the dolls to lay on. 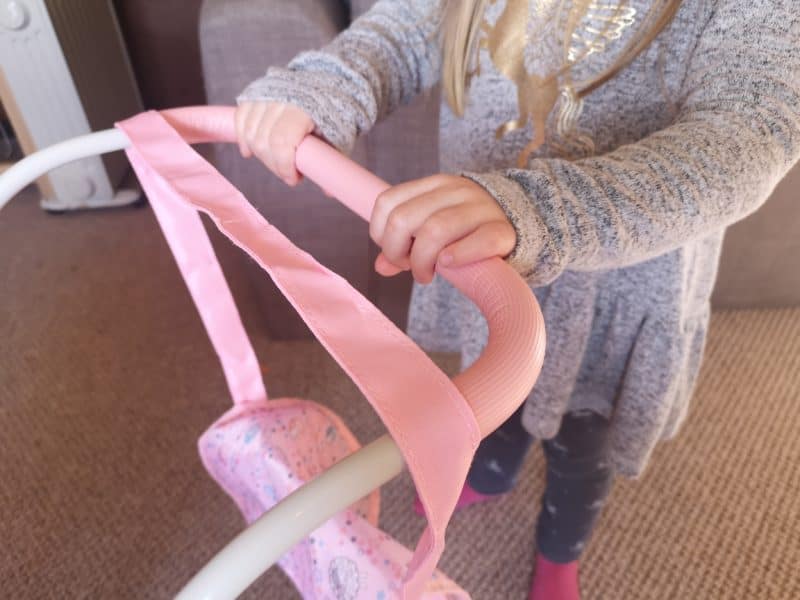 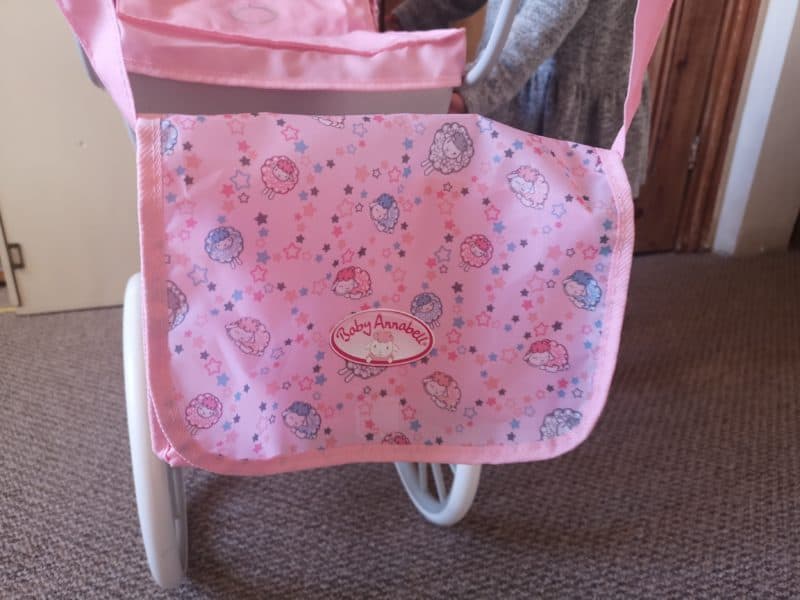 At age 4 Erin is just tall enough to push the pram comfortably. The handle is quite high but Erin loves taking her dolls for a walk and trying to get them to sleep. She especially likes that the changing bag hangs on the handle like it did on our pushchair. The handle is a little long though and does easily fall back to rest on the wheels which can get a bit annoying. 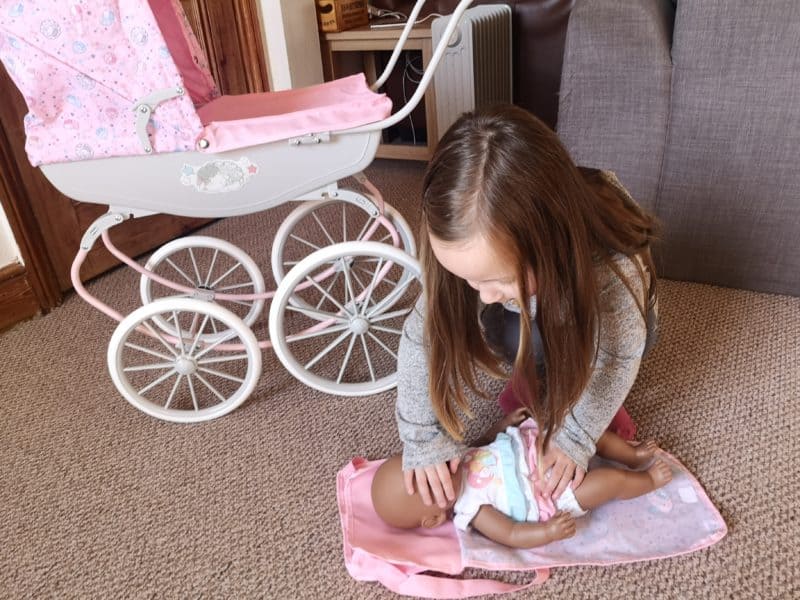 Having the addition of the changing bag/ roll out mat adds another fun element to the pram. Erin has always loved that I have a bag on the pushchair near the handle that has everything we need in it. Erin knows that babies need to be fed and their nappy changing and she has really enjoyed stopping in the middle of playing to make sure these things are done. 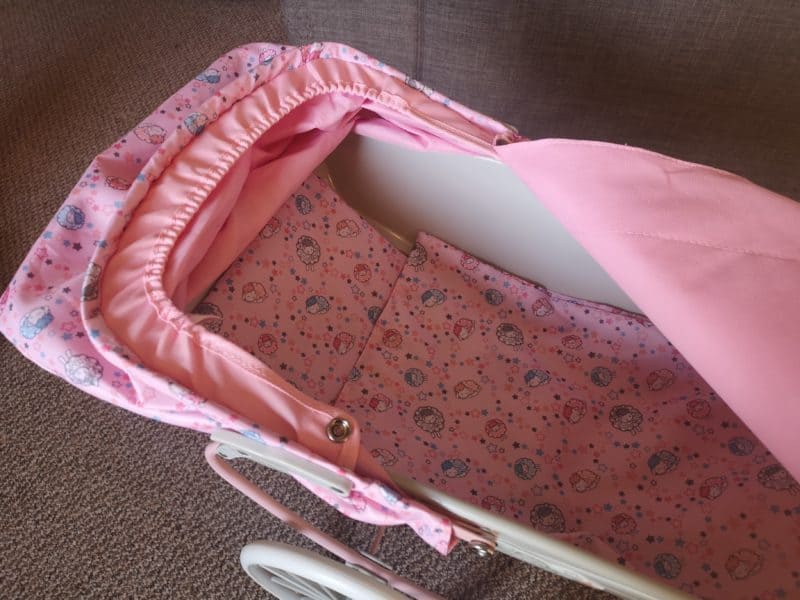 Although I personally have a few niggles about the Baby Annabell Carriage Pram Erin does not! It’s such a lovely addition to the time she spends playing with her dolls and she will get a lot of use out of it, especially as you can fit two dolls in if you want to! 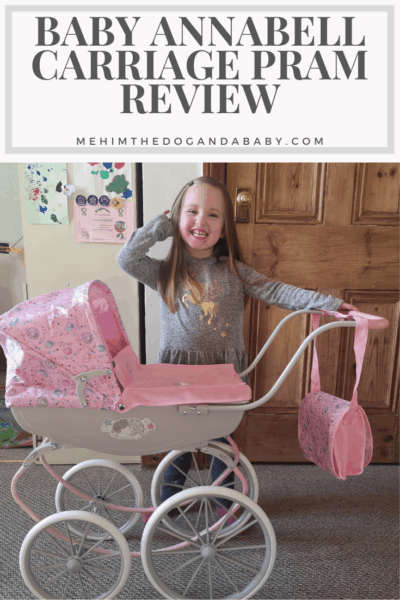