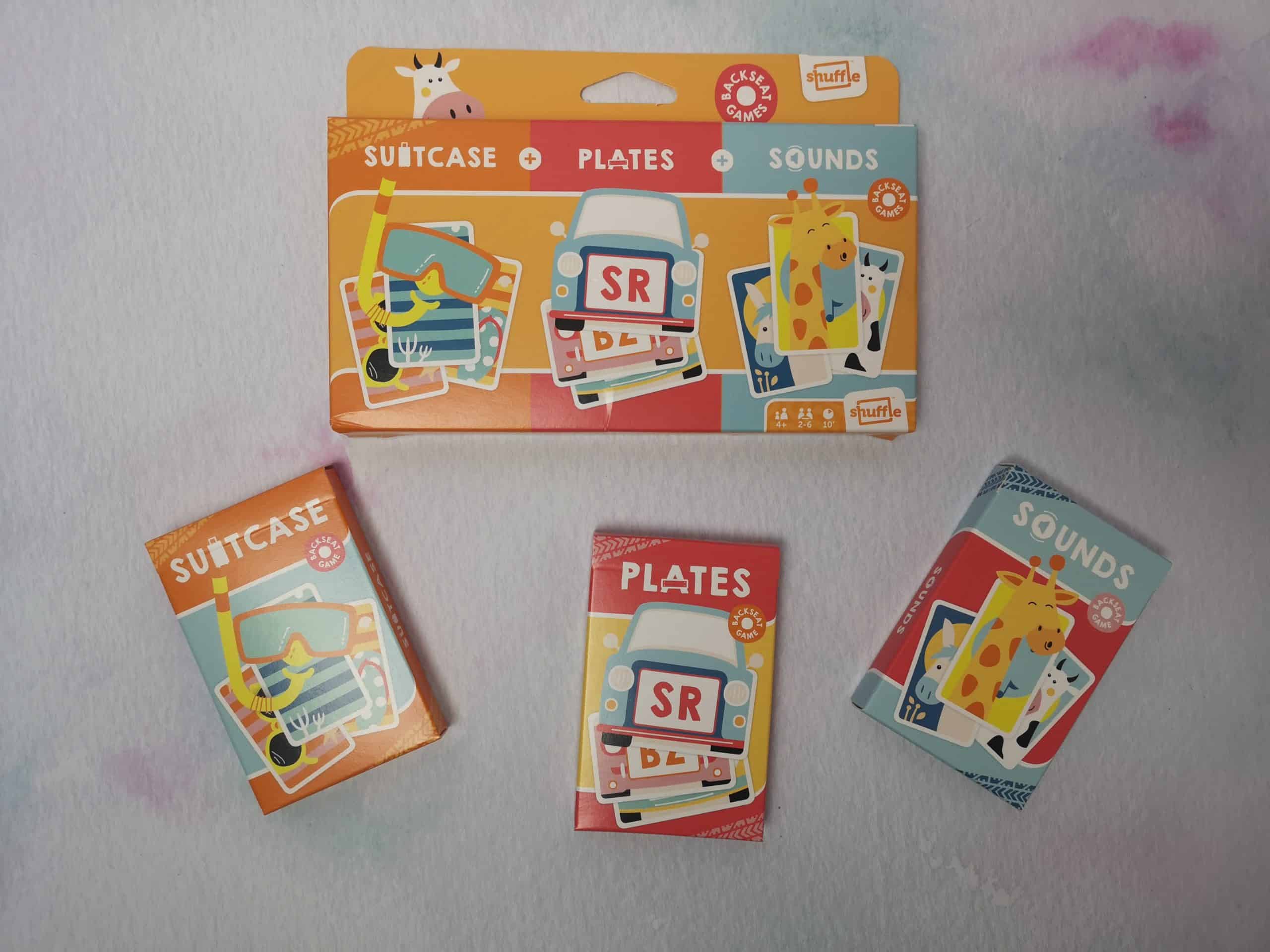 Erin doesn’t always have the best concentration and usually doesn’t want to sit down to play long, complicated games with us. This is even worse at the minute thanks to being stuck in the house a lot and not being able to go out and have adventures. We’ve been looking for smaller activities to do with Erin and we were recently sent a Backseat Games Tripack which includes Suitcase, Plates and Sounds. As we don’t drive, and couldn’t really go anywhere at the minute anyway, we can’t play one of the games so I won’t be writing about this one.

Erin loves to go on holiday and although we have had a few cancelled this year now, it’s still a fun thing to talk about. Suitcase is a card game based on things you associate with a holiday and it is also a memory game. 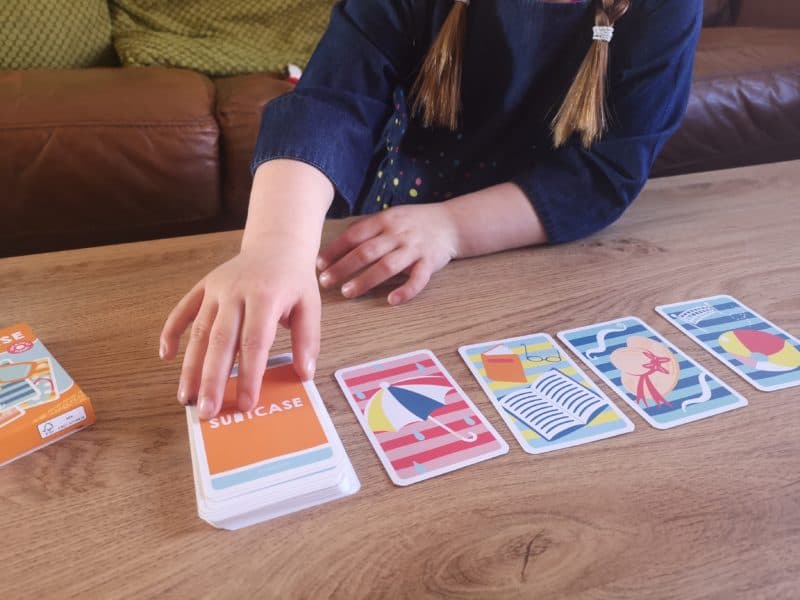 The game starts with 1 card being turned over and the player saying ‘I go on holiday with…’ and saying the item on the card. The card then gets turn picture down and it’s another player’s turn. This time, the player should say the item on their card as well as the one before it, if they can remember. 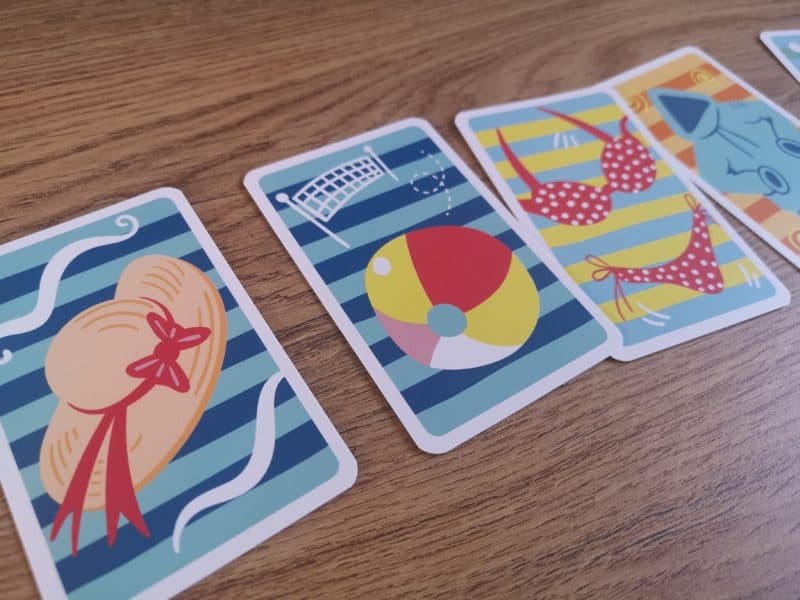 This is quite complicated for Erin as she is only just 4 really so we played slightly differently. Instead of having the cards picture down and having to remember each one, we played by getting everyone to say each item instead on their turn. Erin didn’t know what some of the items were so we spent time going over each one to help her remember the sequence.

The next game in the pack is all about sounds. Much like Suitcase, this is a game of sequence and memory. The pack has various different pictures of things that make sounds such as animals or vehicles. Instead of being youngest player etc. to start this time, it’s the one who can make the funniest sound! The game became fun immediately and Erin wanted to see what other silly noises we could all make. 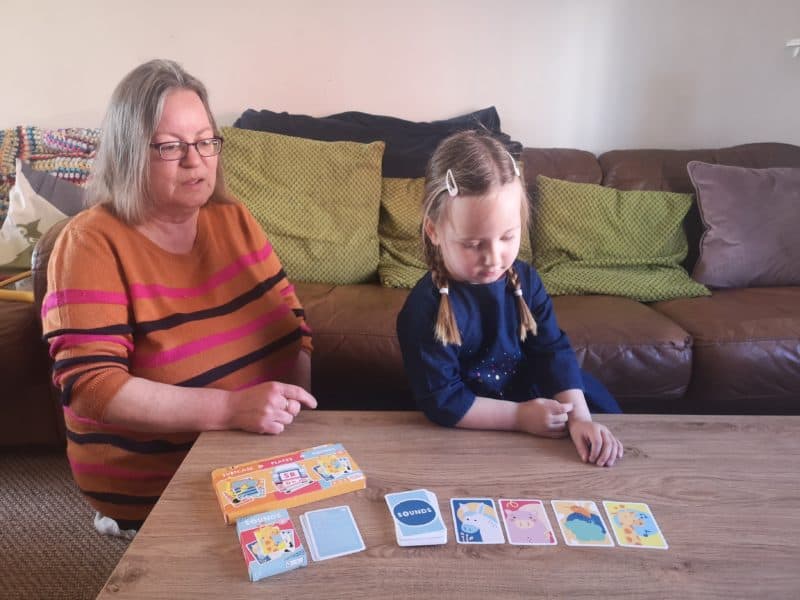 Again, this is a game where the cards are supposed to be face down after each turn and each player is supposed to remember the noises from the previous cards. Doing too many of these was too hard for Erin so just like before, we kept the pictures face up to make it easier.

Erin did really well playing Sounds this way instead and we all had a lot of fun playing it. We will change the rules as Erin gets older, maybe turning over one or two cards to see if she can remember. 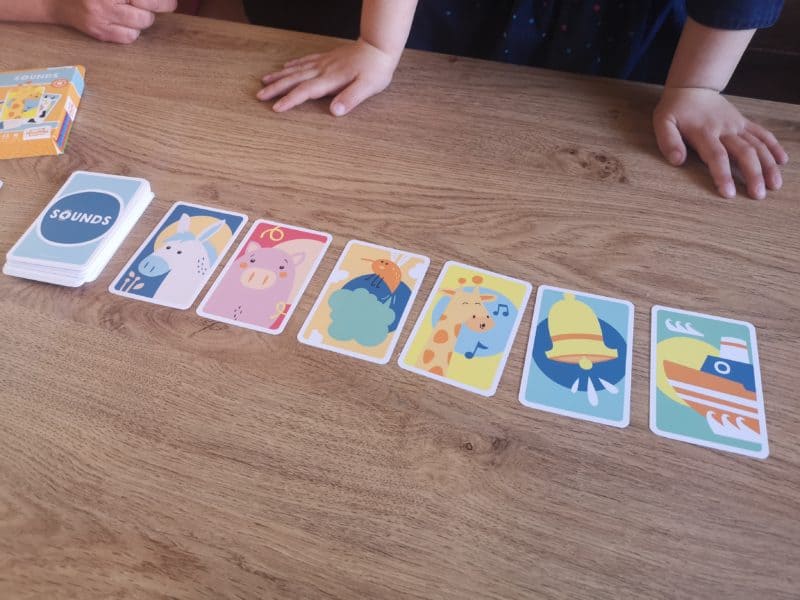 These two games have brought a lot of fun into our house and they’re really different from any others we have played with Erin. The other great thing is that although these come in a pack of three, the come in individual packs so you could take them away with you if you wanted. 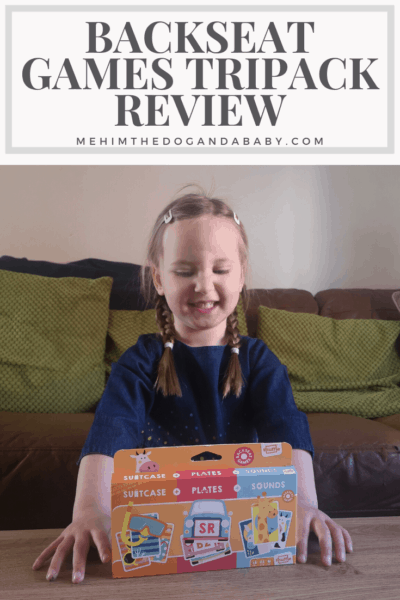