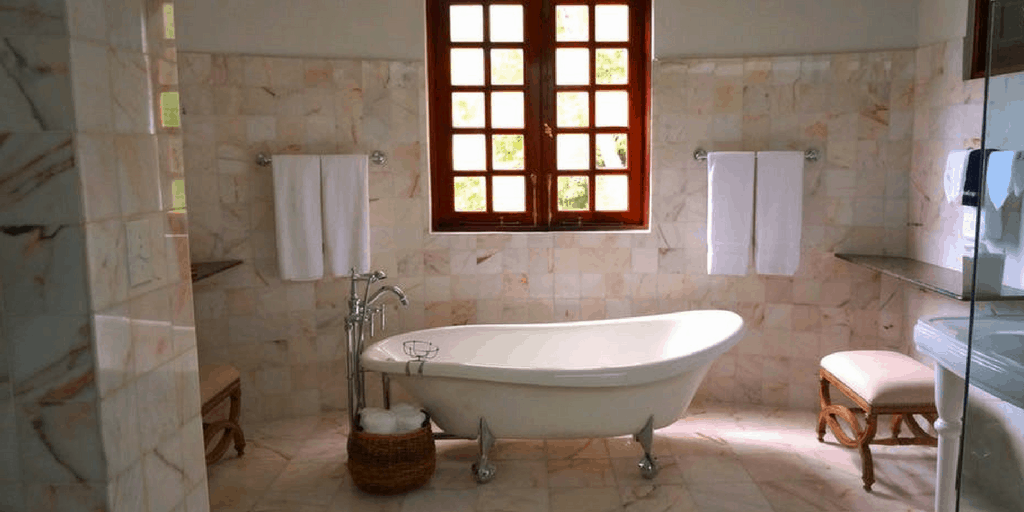 Earlier in the week you may have read my post about ideas for modernising an old house. After writing that it got me thinking about what my bathroom renovation dreams would be.

Before we could really do anything major to our bathroom we would first have to upgrade our boiler. At the moment we have a really old style boiler and it cuts out quite often. We’re constantly having to re-boot it to make sure we have enough hot water for baths. It is a massive pain and it drives me mad. A new boiler is right at the top of the list for a new bathroom!

Not only do we have a boiler that doesn’t work for us but the whole bathroom is badly designed. Nothing really fits where it is supposed to and there is a lot of extra space that could be used in a better way. A large part of the bathroom is taken up by a homemade airing cupboard that also extends to cover the massive boiler. There is loads of wasted space and it just gets grubby inside which makes it really hard to clean.

If we were to renovate our bathroom it would be quite a big job as everything, and I mean everything, would have to come out and we would need a whole redesign. We’d certainly have to look around for cheap skip prices to get rid of everything because there’s no way I would want to lug all of the rubbish to the recycling centre. We’d have so much to get rid of a skip seems like the only feasible option because I doubt anyone else would want these useless materials.

Right now I hate our bath. It’s an old enamel bath and it is marked with all sorts! It wasn’t the cleanest of baths when we moved in so this was yet another thing the previous owners failed to look after properly. Enamel baths can be fixed when they’re a bit worse for wear but it would just be a whole lot easier, and more sensible, to replace the bath altogether. Personally, I would love a roll top bath but it’s not exactly practical with a small child.

Something I have missed since moving in is a shower. We have tried to have a shower installed but certain things have meant not being able to do this. Our water pressure isn’t good enough at the moment with the boiler we have and an electric shower means a lot of work with the electrics. After having a combi boiler fitted we would have more options for a shower to be fitted! Ideally, we would have a bath as well as a walk-in shower to make things easier as a family.

If we got rid of the huge boiler and airing cupboard we would have a lot more space to think about storage. If the bathroom was designed better and moved around we could have some really nice storage. I would love some new built in storage space so we had somewhere to keep things like towels and laundry, without it being on show. We also have quite an old bathroom cabinet so I would like somewhere bigger with more space to keep our toiletries. I hate that they spill out everywhere and we ave no where nice to keep them out of the way.

If you could have a completely new bathroom, what would be on your wishlist?