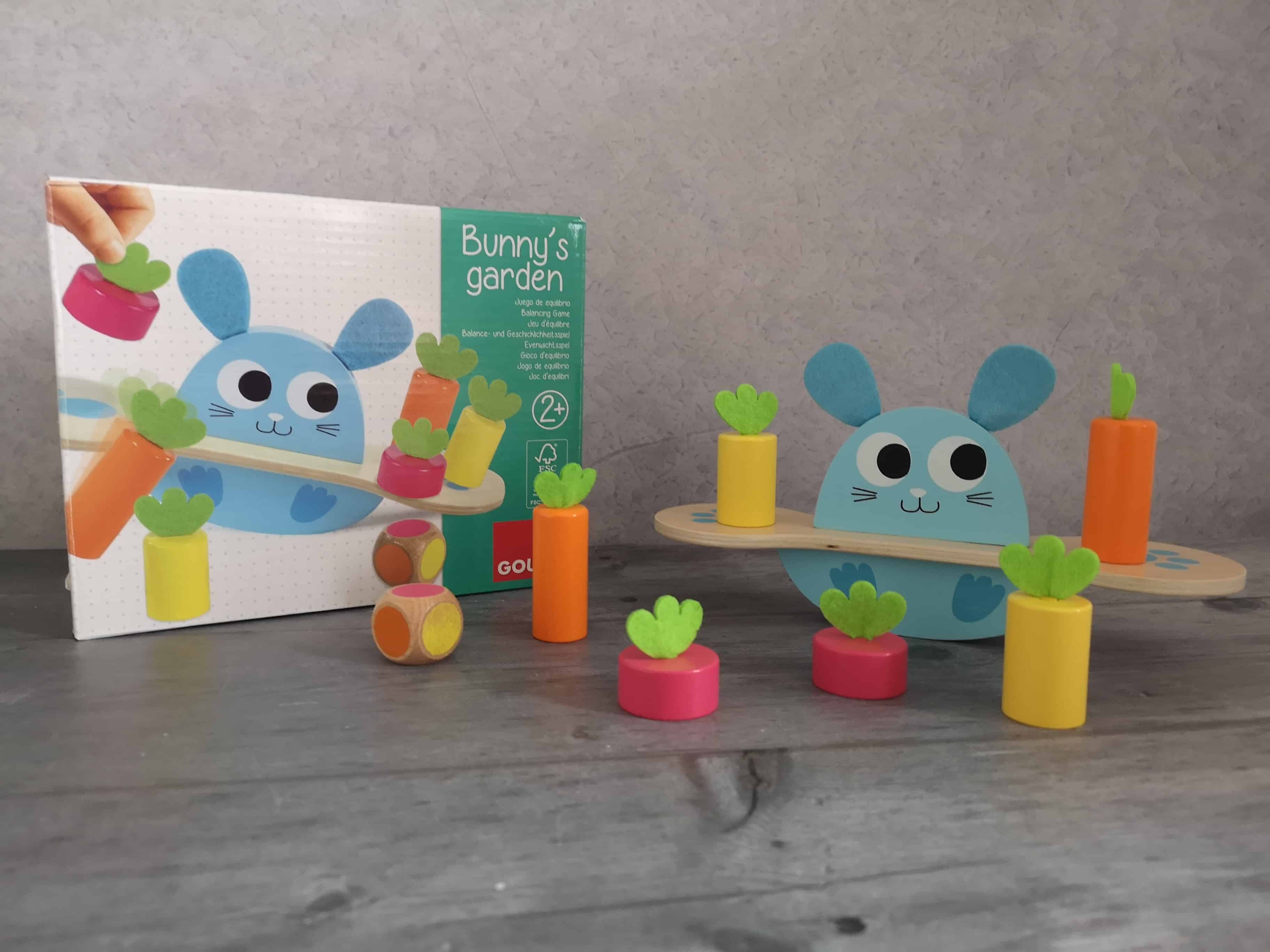 When I look for new games or toys for Erin I now try to look for something that she will not only have fun with but also something that will challenge her a little bit. Something we haven’t done a lot of is balancing so when we were offered Bunny’s Garden from Goula I was hoping it would be something Erin would enjoy. 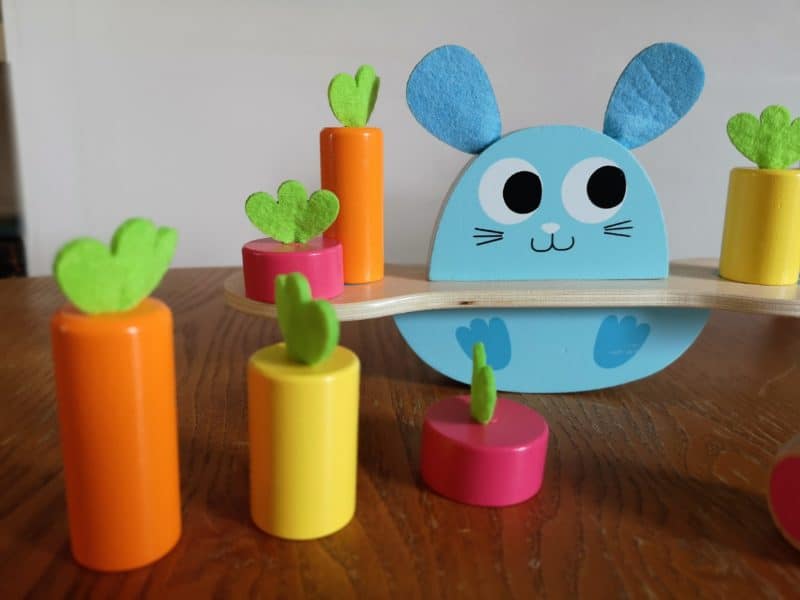 Inside the box you get a wooden bunny seesaw, 6 food pieces and 1 dice. The aim of the game is quite simple; each time the dice is rolled you add that coloured piece to the bunny without them weighing too much on one side and falling off. If you roll the dice and you roll a colour where both pieces have already been added, you take that one off again! 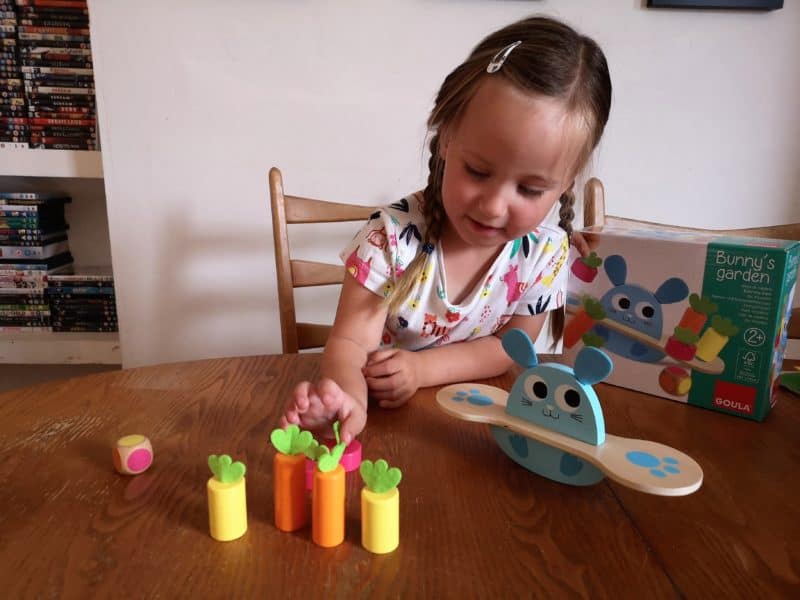 Although this isn’t really a two player game, Erin and I played together for the first few times. We took it in turns to add pieces to the bunny see saw so that she could get the idea of the game and work out what she had to do. Erin usually rushes into trying to do something herself with even giving me time to explain what she needs to do so this was a great way of explaining the game to her. 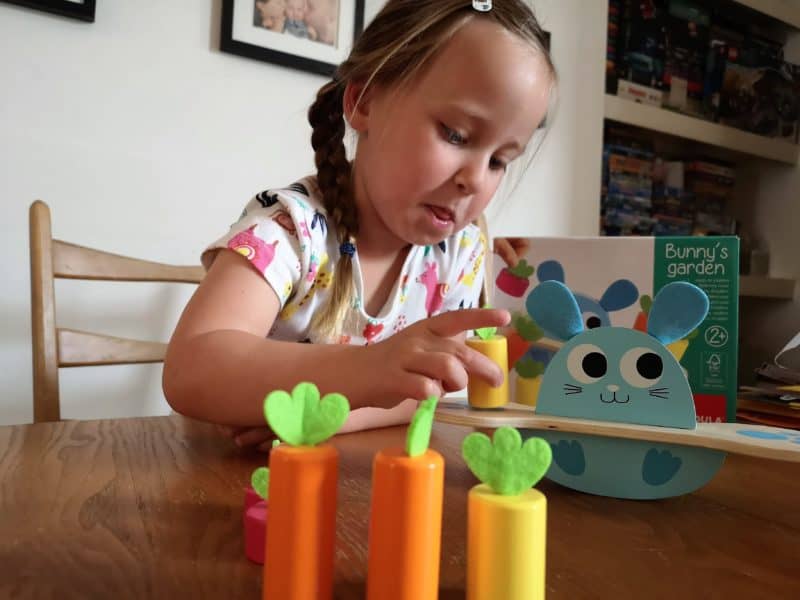 Erin went from putting the pieces on the bunny seesaw quite a heavy hand to placing them on carefully and gently quite quickly. It didn’t take Erin long to realise that if she put the pieces on too hard then others would either fall off or they wouldn’t balance at all. I loved watching Erin realise that there was the wrong amount on one side when everything fell off. We got to have some good conversations about balance and making sure the pieces were evenly distributed. 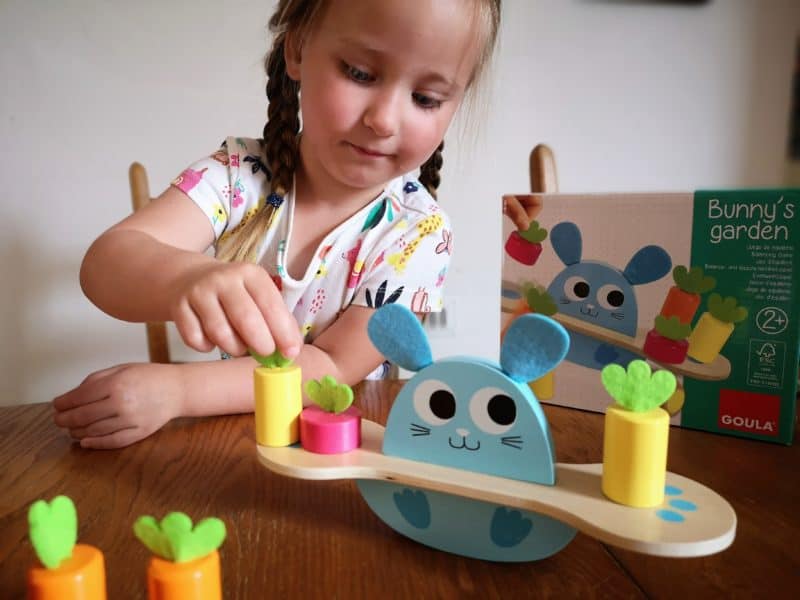 Not only is Bunny’s Garden a really fun game to help children learn about balance and hand-eye coordination but it’s well made too. The majority of the game is wooden with the exception of the bunny’s ears and the tops of the other pieces which are felt. Each of the food pieces are chunky enough that children younger than Erin would be able to pick them up and this means they are super easy for Erin to use while playing. 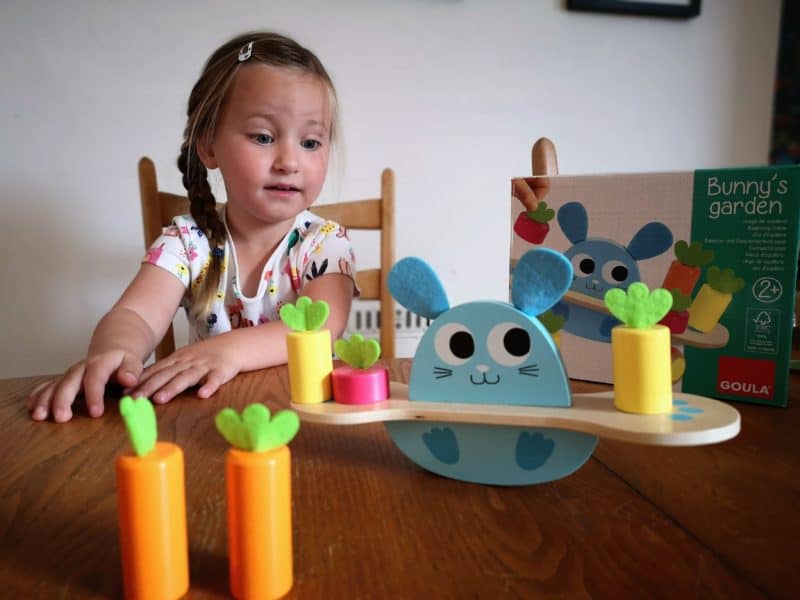 Since receiving this game Erin and I have played it numerous times. We don’t exactly play to the rules that came with the game as Erin doesn’t really have the patience for taking the pieces on and off again but we still enjoy playing. I think when Erin is a little bit older she will be able to follow the ‘real’ rules a bit better and this will then give us another way to play. 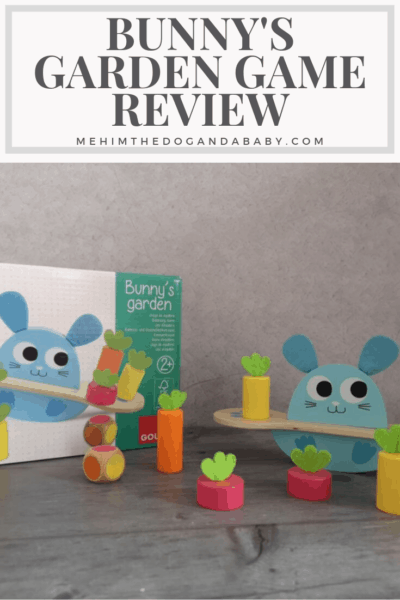