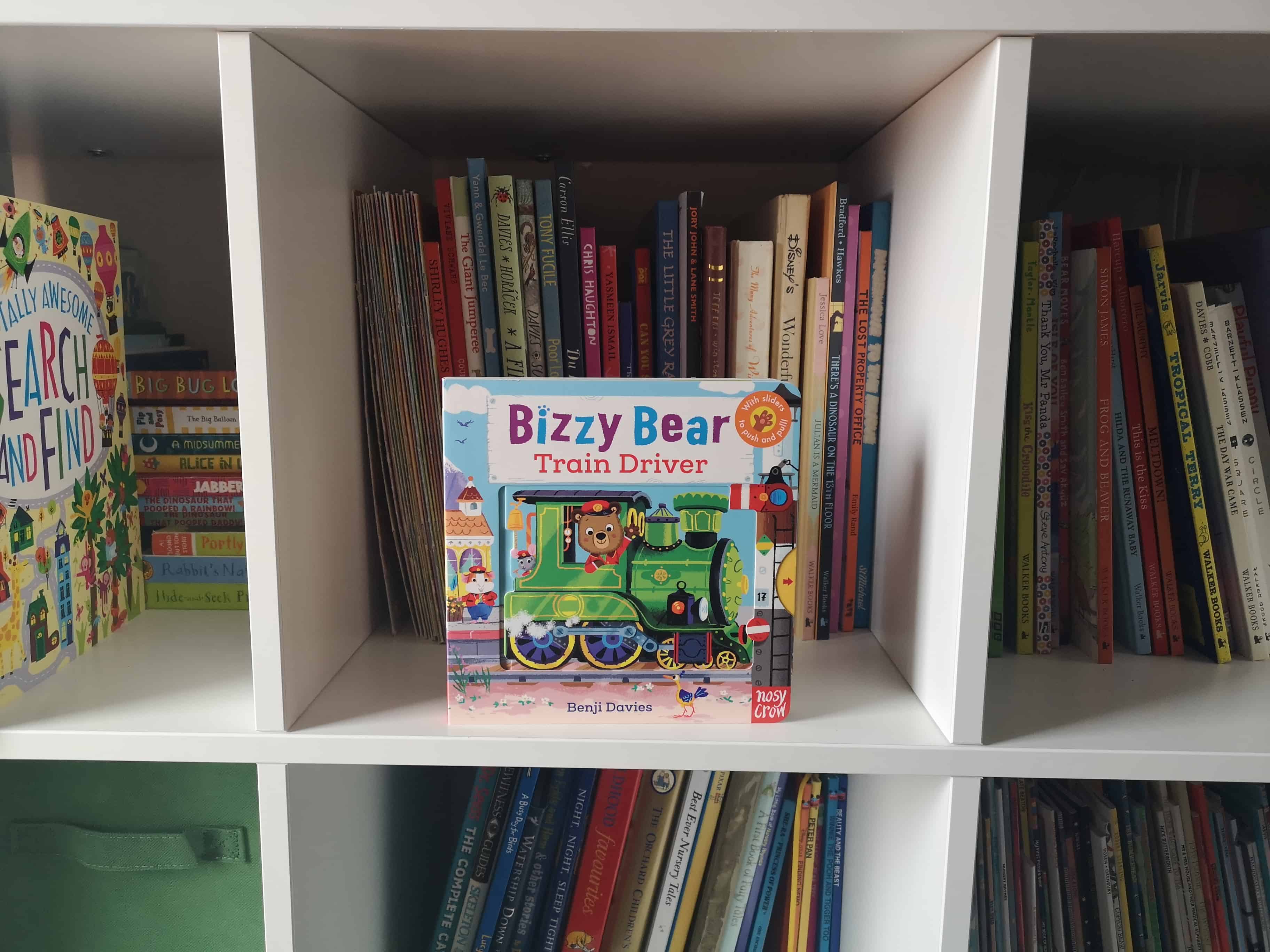 Today’s book review is all about Bizzy Bear Train Driver by Benji Davies. The book was published by Nosy Crow on 5th September 2019 and can be purchased on Amazon. 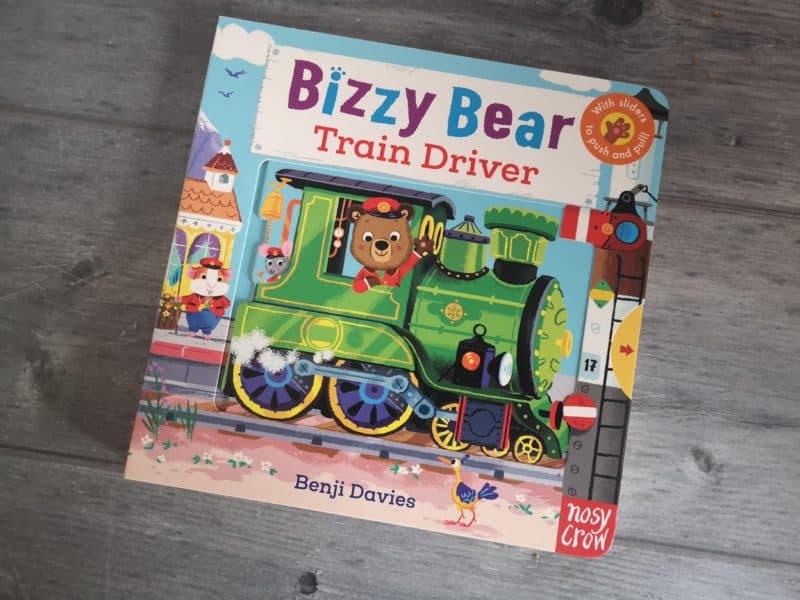 Bizzy Bear arrives at the station just in time to start his exciting new job – as a train driver! Join him as he guides the big green steam engine through the city, across the level crossing, and then up into the high mountains. But where are he and his passengers going, and will they get there on time? 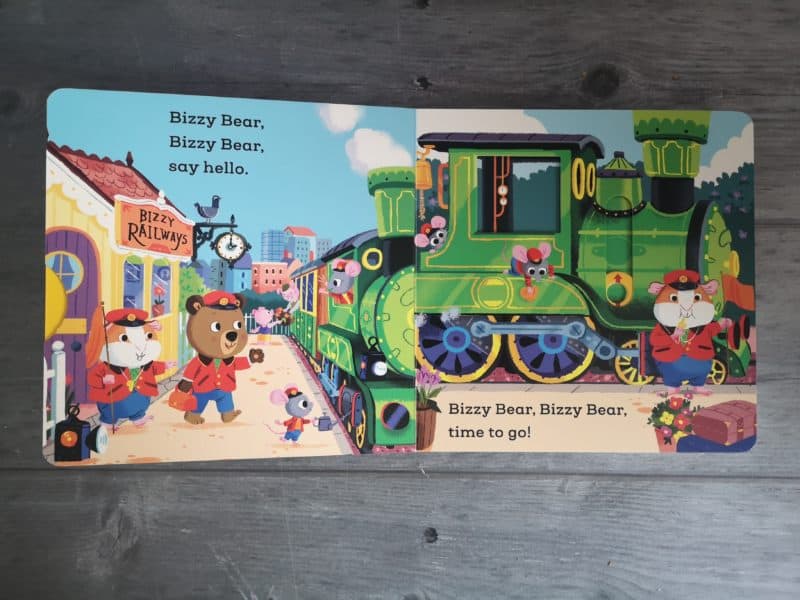 Being a non-driving family means that we get public transport if we want to go anywhere. We purposely chose where we live as it’s on a train line to both Norwich and the Norfolk coast. Erin has been going on the train with me since she was a couple of months old and she still loves it now that she’s nearly 4. As she loves anything to do with trains, I thought that this book would be a good fit for her. 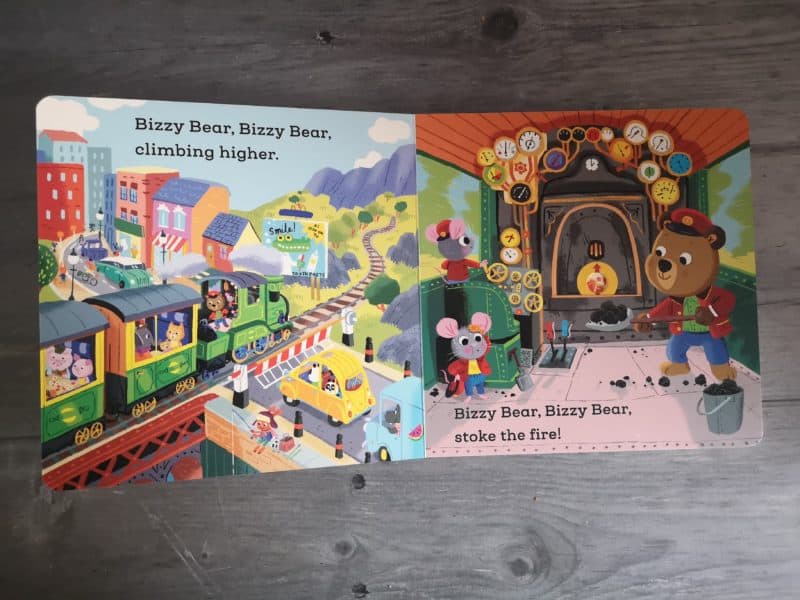 This book follows Bizzy Bear on his journey as a train driver and where he is going to go! Bizzy Bear books have loads to do on the pages and it really helps to engage the child reading the book. As you can see above, the fire on the train moves up and down. Each action can be easily done by a child and there are different ways to look at things throughout the book. 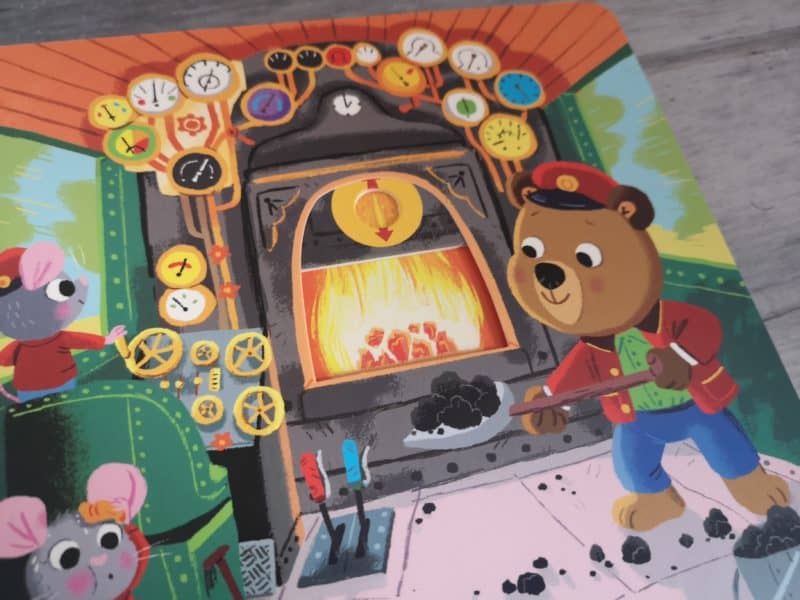 From the start of Bizzy Bear’s adventure to his final destination, the book is fun as well as bright and colourful. While the actions on each page are really fun on their own, there are also some fantastic pictures to look at and plenty going on. Each page offers something to talk about with your child such as where the train might be going, how it works and what other characters are doing on the page. 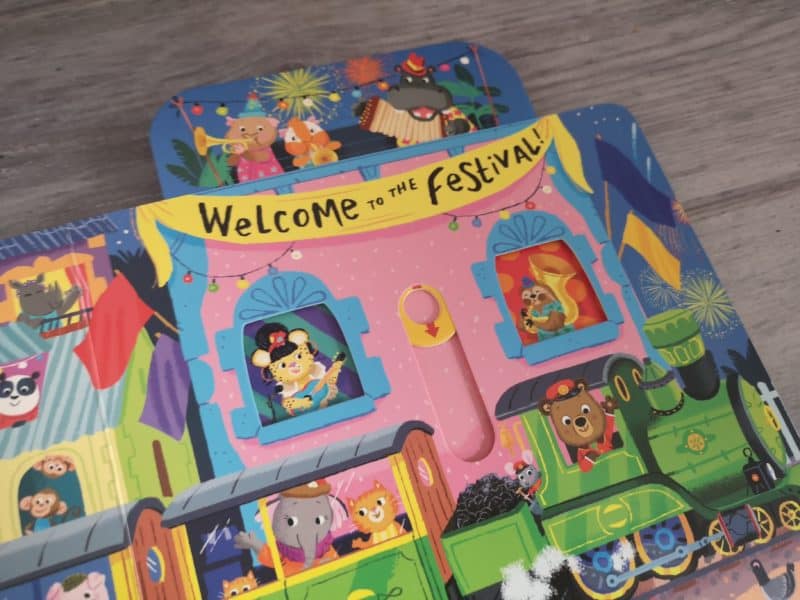 Bizzy Bear Train Driver is such a lovey addition to the Bizzy Bear series and it’s a fantastic choice for anyone who loves trains.

Take a look at another Bizzy Bear review here! 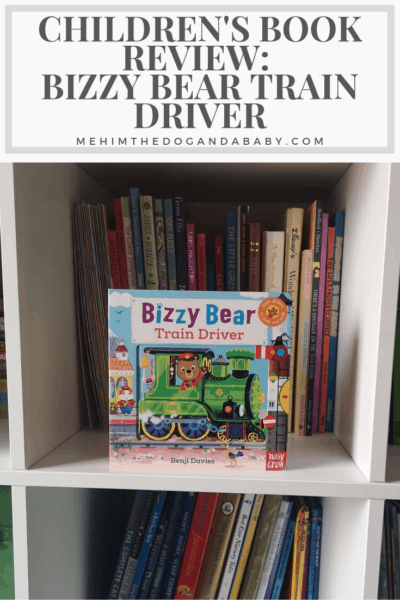