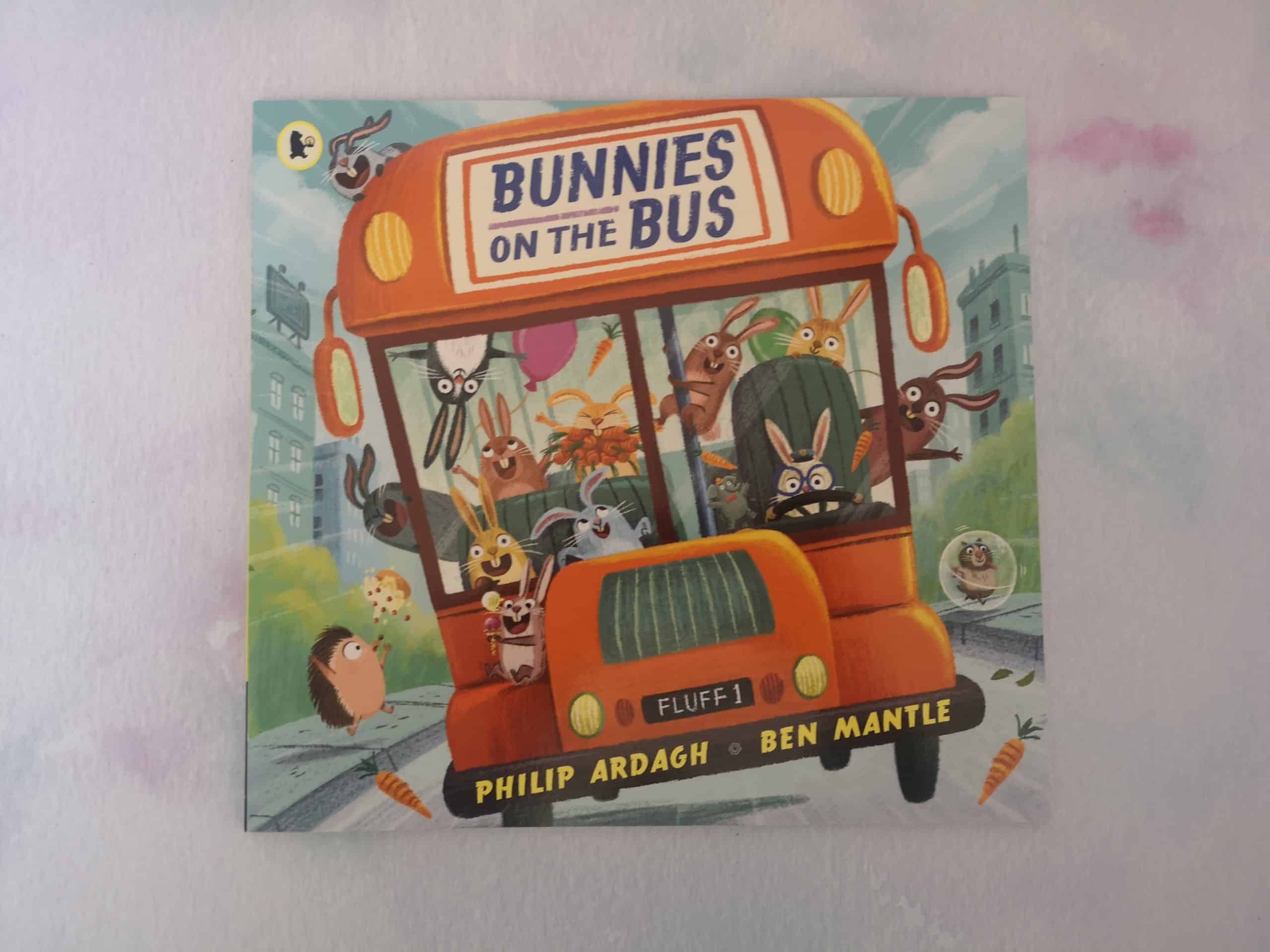 This week’s book review is all about Bunnies on the Bus by Philip Ardagh and Ben Mantle. It was published by Walker Books on 5th March and it can be purchased on Amazon (AD). 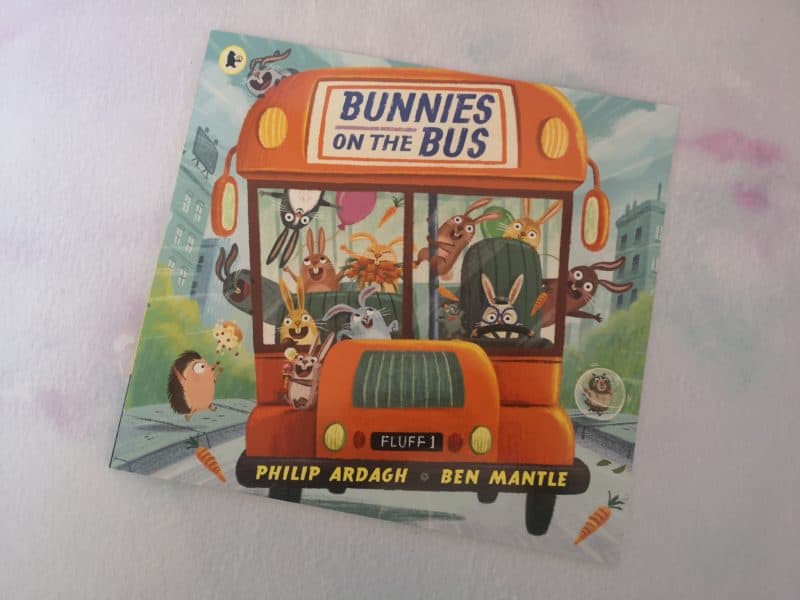 Watch out! Move out of the way! Hold onto your tails! There are … BUNNIES ON THE BUS! And they aren’t stopping for ANYONE!

The bunnies have taken over the bus and they’re on a wild ride across the streets of Sunnytown! They whizz past the bus stop, swerve around corners and zoom over crossings on a non-stop roller coaster adventure! There are bunnies on the roof! Bunnies in the aisle! DO sit down, bunnies, or you’ll end up in a pile! Eventually, they come to a stop … at the train station. And what’s that they’ve spotted? A TRAIN! Uh-oh, here we go again… 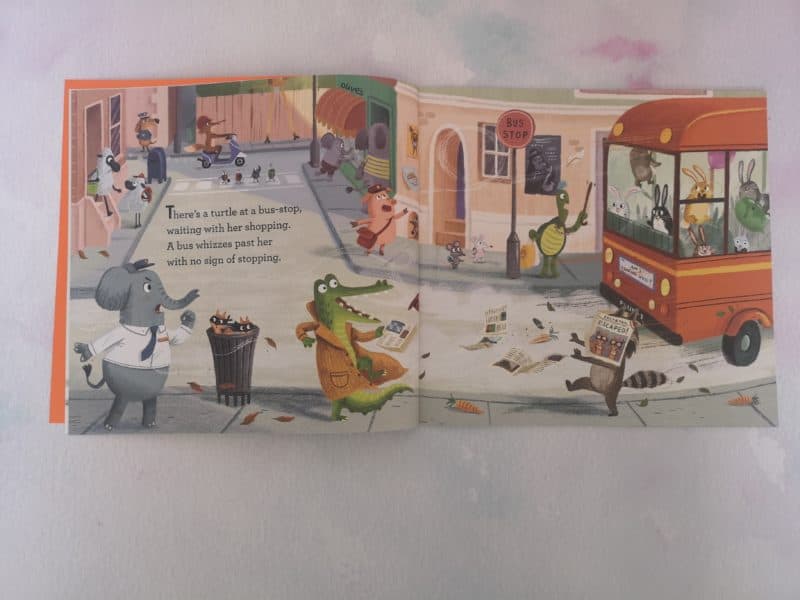 From the very first page there are loads of fun things to spot on each page. The bunnies from the title are on the bus, zooming down the road, but there are other characters dotted about trying to get out of the way! We spent some time talking about what other animals there was on the page. Although reading the story is obviously lots of fun, it’s great if you can get something else out of the book as well. 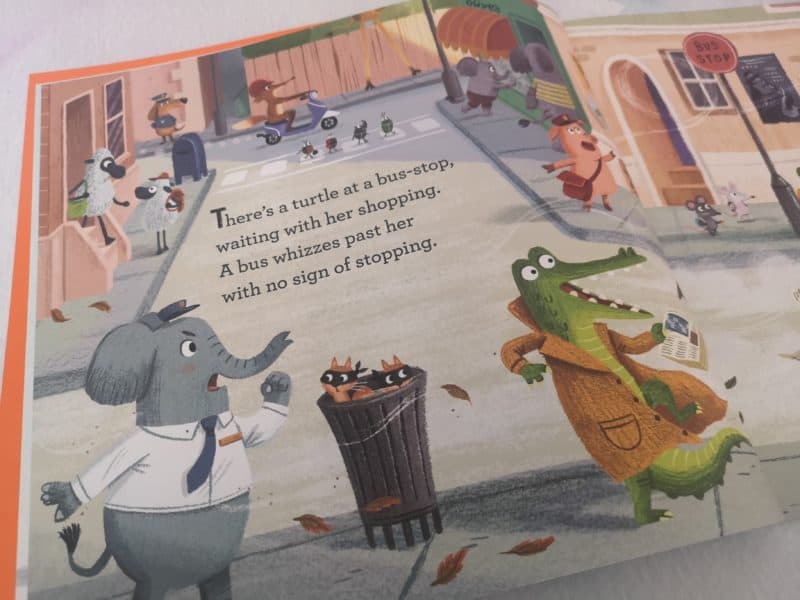 The story is quite a short one, with there not being a lot of text on each page. However, there are lots of rhymes throughout making it quick and fun to read. I always think that rhyme adds a nice pace to a story and it was quite fitting for this one considering there are some crazy bunnies driving around really fast on a bus. 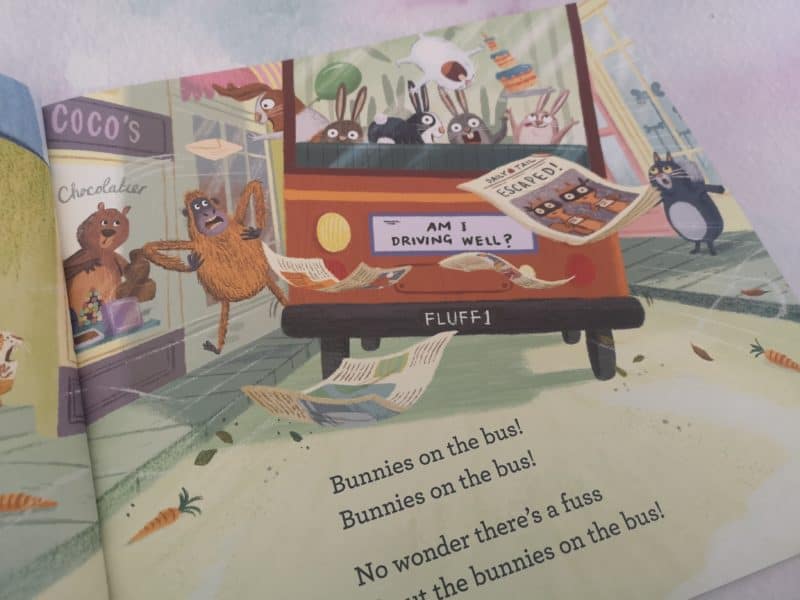 I can’t write this review without mentioning the stars of the story, the bunnies on the bus. The bunnies themselves are a right bunch of characters and it’s great that you can clearly see their different personalities through the images. There’s a mum bunny with her baby along with crazier younger bunnies all wanting an adventure! 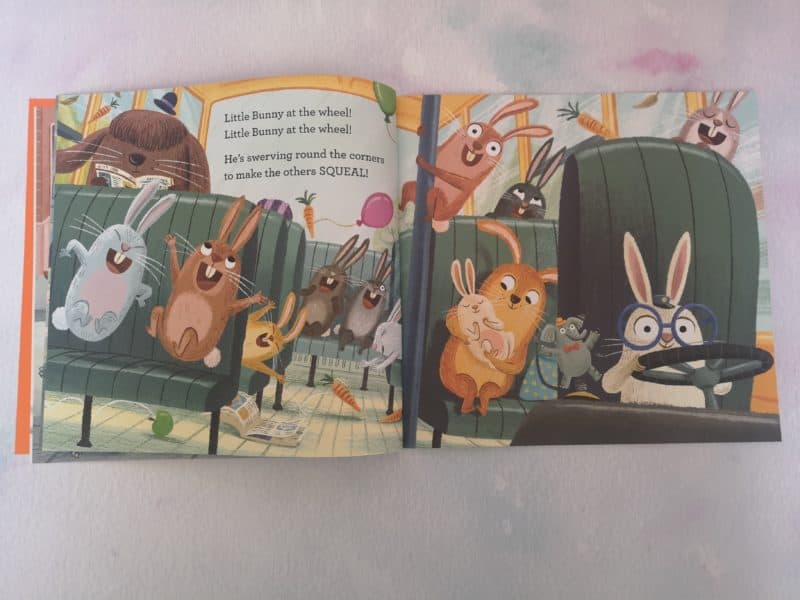 We had so much fun following Bunnies on the Bus, and seeing what would happen! When you get to the end you’re definitely going to want to know what happens next! 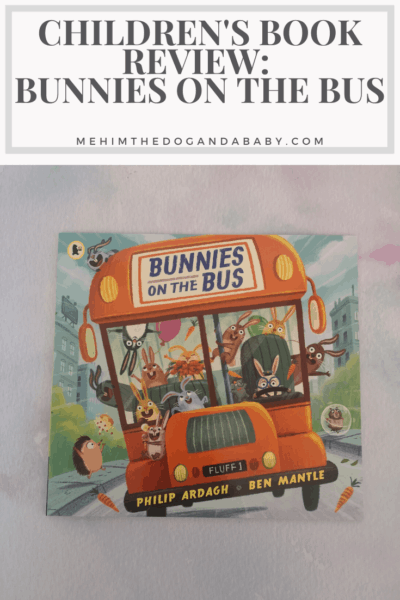