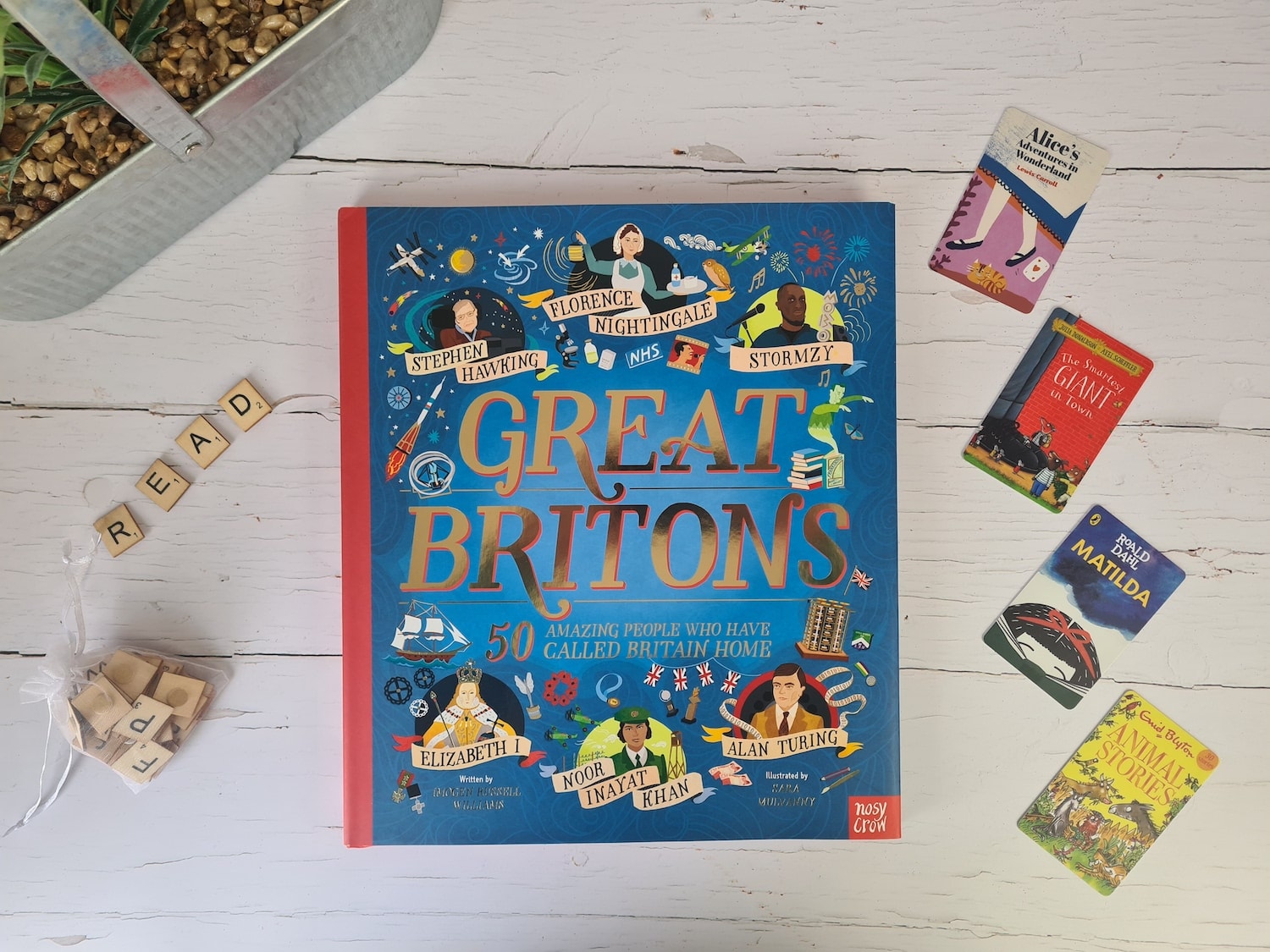 This week’s children’s book review is all about Great Britons: 50 Amazing People Who Have Called Britain Home by Imogen Russell Williams. It was published by Nosy Crow and available to purchase on Amazon.

The inspiring stories of 50 key figures in Great Britain’s history, who had an impact on the ways we live, think and feel today.

Throughout the centuries, the history of this small island nation has been shaped by the people who were born in Britain or arrived on its shores. From early Britons to modern pioneers, leaders, writers, athletes and activists, this country has contained a wealth of incredible talent, only made ‘greater’ by our history of immigration, integration and innovation.

This beautiful large-format gift hardback features stunning full-colour artwork throughout. Each page spread is devoted to a tale of an incredible Briton, told by talented writer and children’s book critic Imogen Russell Williams and brought to life by Sara Mulvanny’s vivid illustration.

Discover the enthralling and diverse stories of 50 brilliant Britons through the ages, from the warrior queen Boudicca of early Britain, who rose in revolt against the Romans, to activist Malala Yousafzai, who fights for every girl’s right to an education today. The gripping tales include key figures from all areas of British life – science, medicine, entertainment, sports, activism and more.

Featuring the inspirational lives and achievements of amazing people such as Florence Nightingale, Alan Turing, Mary Prince, Stormzy, Charles Darwin and Noor Inayat Khan, Great Britons is not only a celebration of our history as an island, but also as part of a far larger and greater world.

We are a country full of history and there are so many people for us to learn about. However, a lot of books only concentrate on maybe one person or a period of time. This book from Nosy Crow showcases 50 different people from Britain from throughout history as well as some more modern names.

Unlike many other books, this one is not in date order and that’s something I really liked. It means that if you want to just flick through the book you’ll find out about a real variety of people. You’ll find Stormzy next to Alan Turing and Stephen Hawking next to Kelly Holmes. It’s the kind of book where you’ll find out something really interesting about someone you’d never heard of before.

Each person gets a double page spread in the book and they’re set out really well. Quite importantly, there is an illustration of the person at the very top of the first page so you at least know what they looked liked. Then, there are images of what the person is known for or what they are known for doing. The visual aids along with the informative text are a really great mix.

Information books can be quite overwhelming for children but this one is set up so there isn’t too much to read in one go. On each double page spread there are a couple of different sections to read about that person but they’re never more than a couple of paragraphs long. This, along with the illustrations, make the pages manageable for everyone! There is also a ribbon bookmark so you can save a page you like or maybe the one you want to read next. 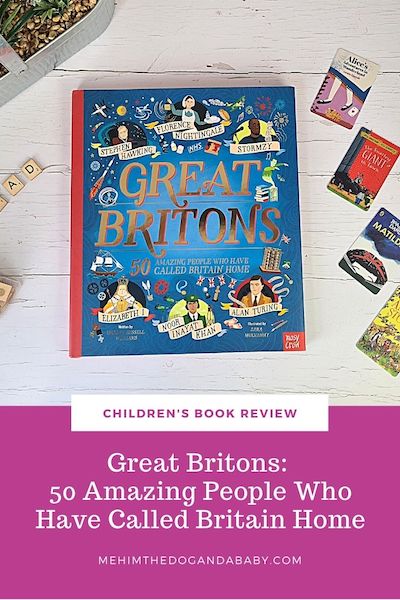