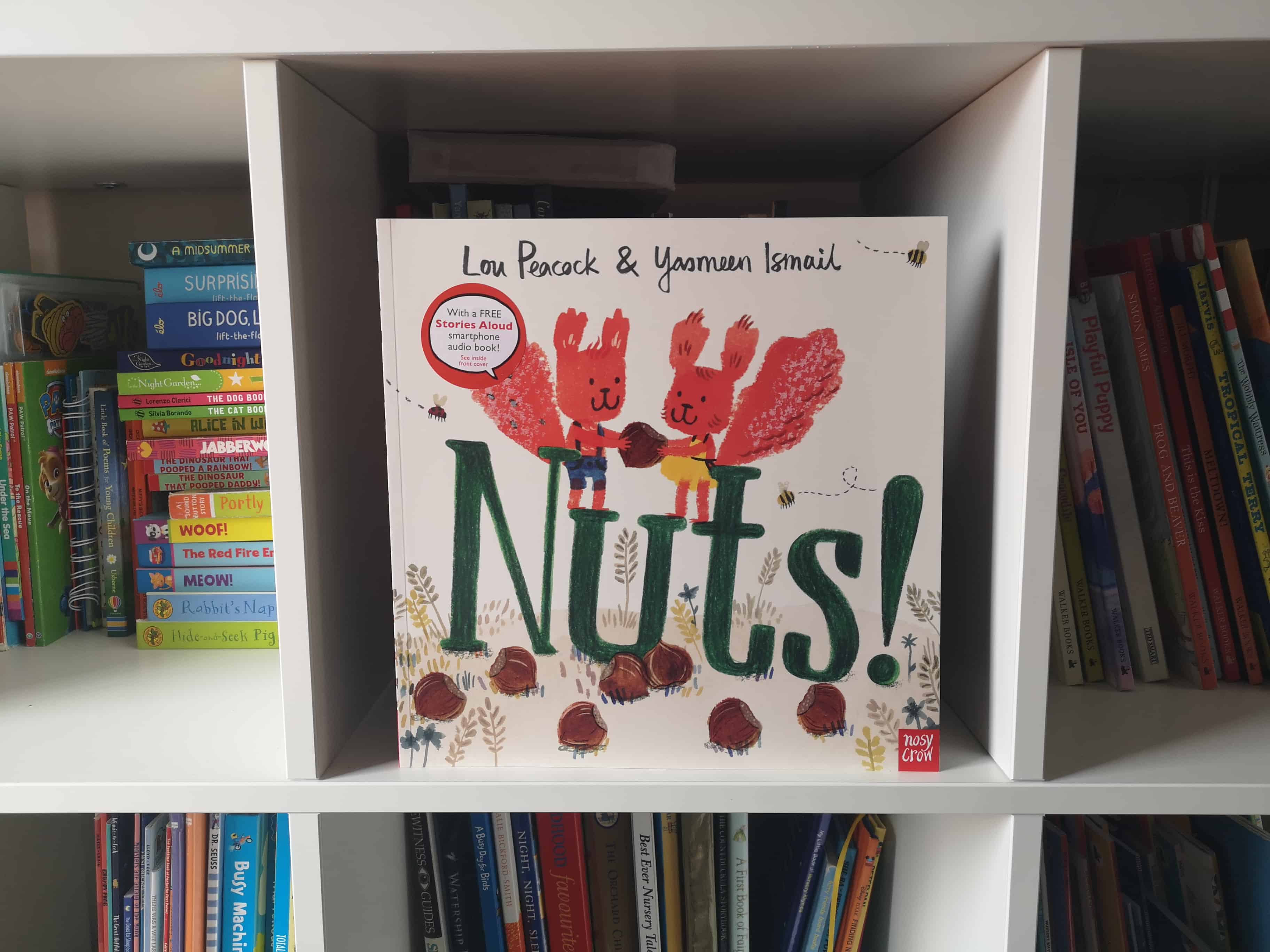 Nuts! by Lou Peacock and Yasmeen Ismail was published by Nosy Crow on 1st August 2019. It can be purchased on Amazon. 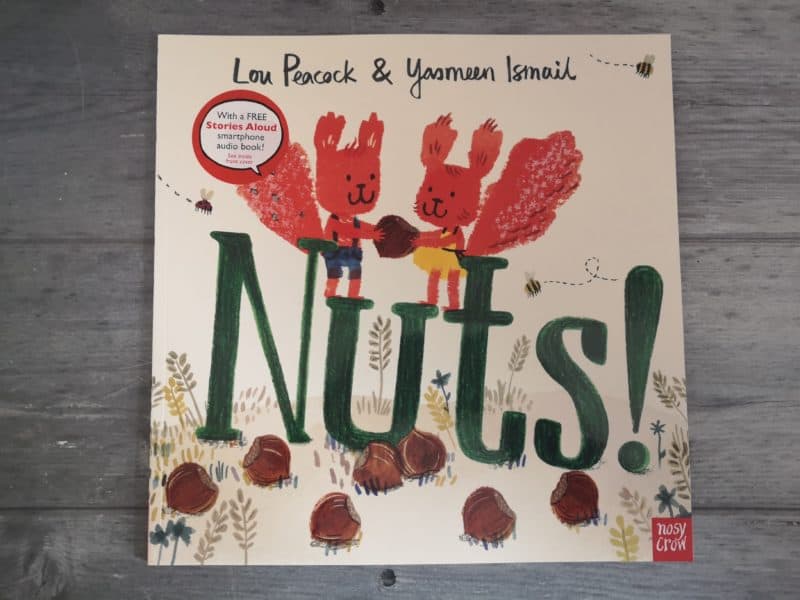 When a little squirrel finds a big pile of nuts, he is VERY excited! But soon he is joined by another squirrel . . . and this squirrel thinks the nuts belong to HER. And when Mouse, Bear, Badger and Rabbit get involved, well, things get VERY confusing indeed! They won’t even listen to wise Rabbit. Will the quarrelsome squirrels ever learn to share? 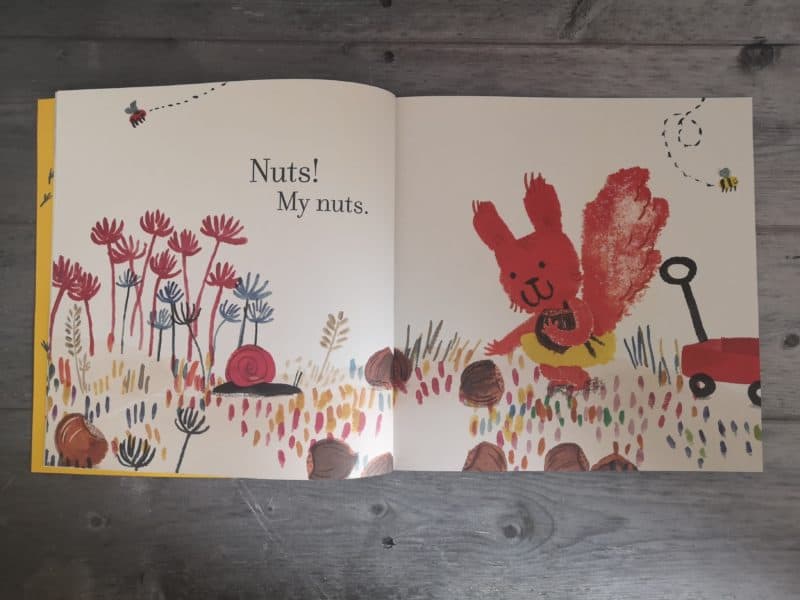 Ever since Erin was really little she has been fantastic at sharing certain things. If she has some nice food like chocolate she make sure she gives some to me and John (or whoever else is around) and she even makes sure we bring back cake from the cafe to share with John when he gets home from work. However, as an only child there are certain things that Erin isn’t very good at sharing. 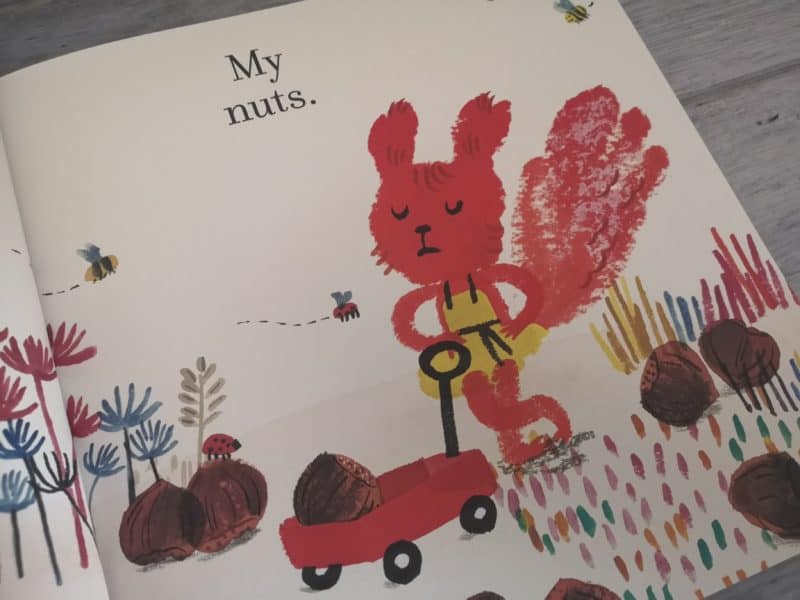 Nuts! follows a couple of young squirrels as they go around collecting nuts. Each of them collects a lovely looking pile and are happy with their nuts. Unfortunately, when the two squirrels bump into each other they get very territorial over their own pile of nuts and desperately want to protect them. 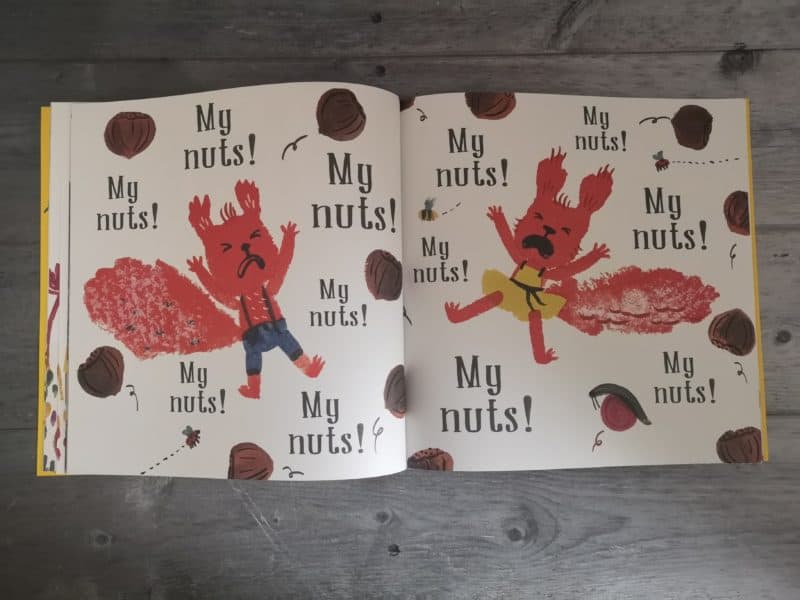 Neither squirrel wants to give up any of their own nuts for the other squirrel and they both end up quite sad and angry at the whole situation. Even though Erin is great at sharing her food with us and will play with us at home, if we have other children over to play she does not want to share her toys at all. She gets quite upset when anyone else tries to play with anything and then decides she wants to play with it herself. 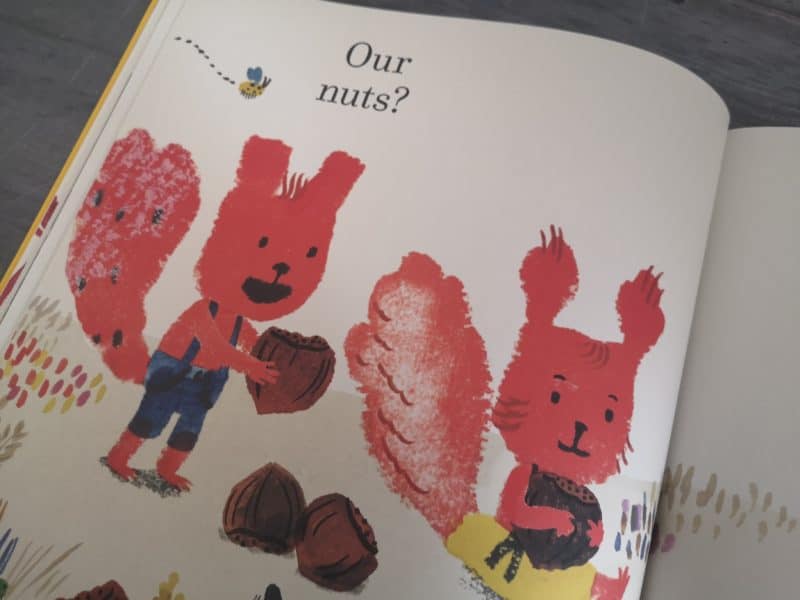 The illustrations throughout are bright and colourful but quite simple which will help younger children understand what’s going on. Nuts! is a really lovely book that shows that even though it might be difficult, sharing is a really nice thing to do and it could also mean making new friends at the same time.