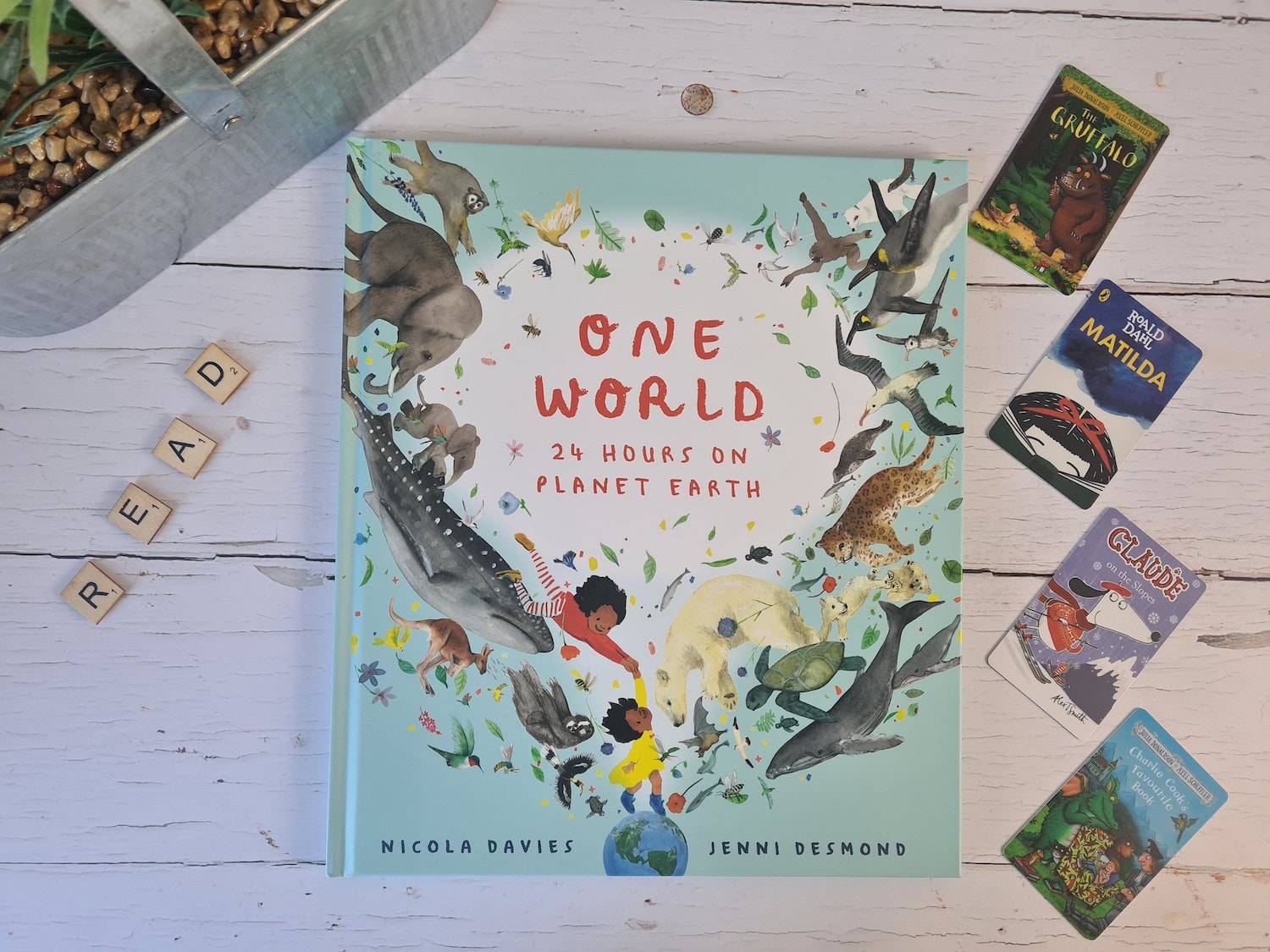 This week, with Earth Day being on 22nd April, our children’s book review is all about One World. 24 Hours on Planet Earth by Nicola Davies and Jenni Desmond. It was published by Walker Books and can be purchased on Amazon.

Where on Earth are you, right now? It’s late where I am and almost everyone’s asleep, but I’m awake, looking out into the night. Wondering… As the clock strikes midnight, a little girl and her sister visit animals of every shape and size, all around the world – discovering that, in some places, creatures have just started their day, where in others they’re already busy hunting for food. Turning the popular concept of time-zones on its head and combining it with a powerful climate message and delightful illustrations, this book is narrative non-fiction at its most spellbinding.

At the minute, Erin has lots of questions about different places in the world and is just starting to understand that there are different time zones. Although we’ve tried to explain that when it’s one time here, it could be a different time somewhere else, but it’s easier to explain with something physical.

One World. 24 Hours on Planet Earth begins at midnight in London, with children looking out of the window late at night, wondering what else is going on in the world. The book then moves around the world, through different time zones, to show what else is going on at exactly the same time. This is such a good way for children to see how different places are to where we live.

Some places in the book include the Arctic Circle, Zambia, India and China, just to name a few places. Each double page spread comes with a short description but it’s the illustrations that really make the impact. Think kangaroos in Australia at 10am, Penguins in Antarctica at 12 noon and a jaguar in Brazil at 8pm.

One World. 24 Hours on Planet Earth is an absolutely fascinating book, showing that there is so much going on in the world that we either don’t know about or don’t think about. We can be in the moment of our own lives at whatever time it might be but there is something going on everywhere else as well.

This is a really different idea for a book, and one we really enjoyed. It’s a great way to learn about our planet, as well as teaching children about time zones. 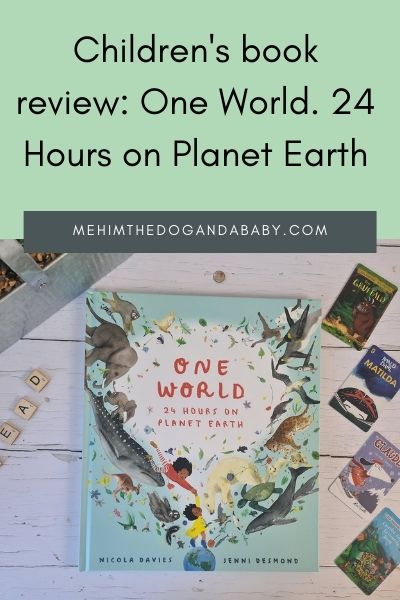