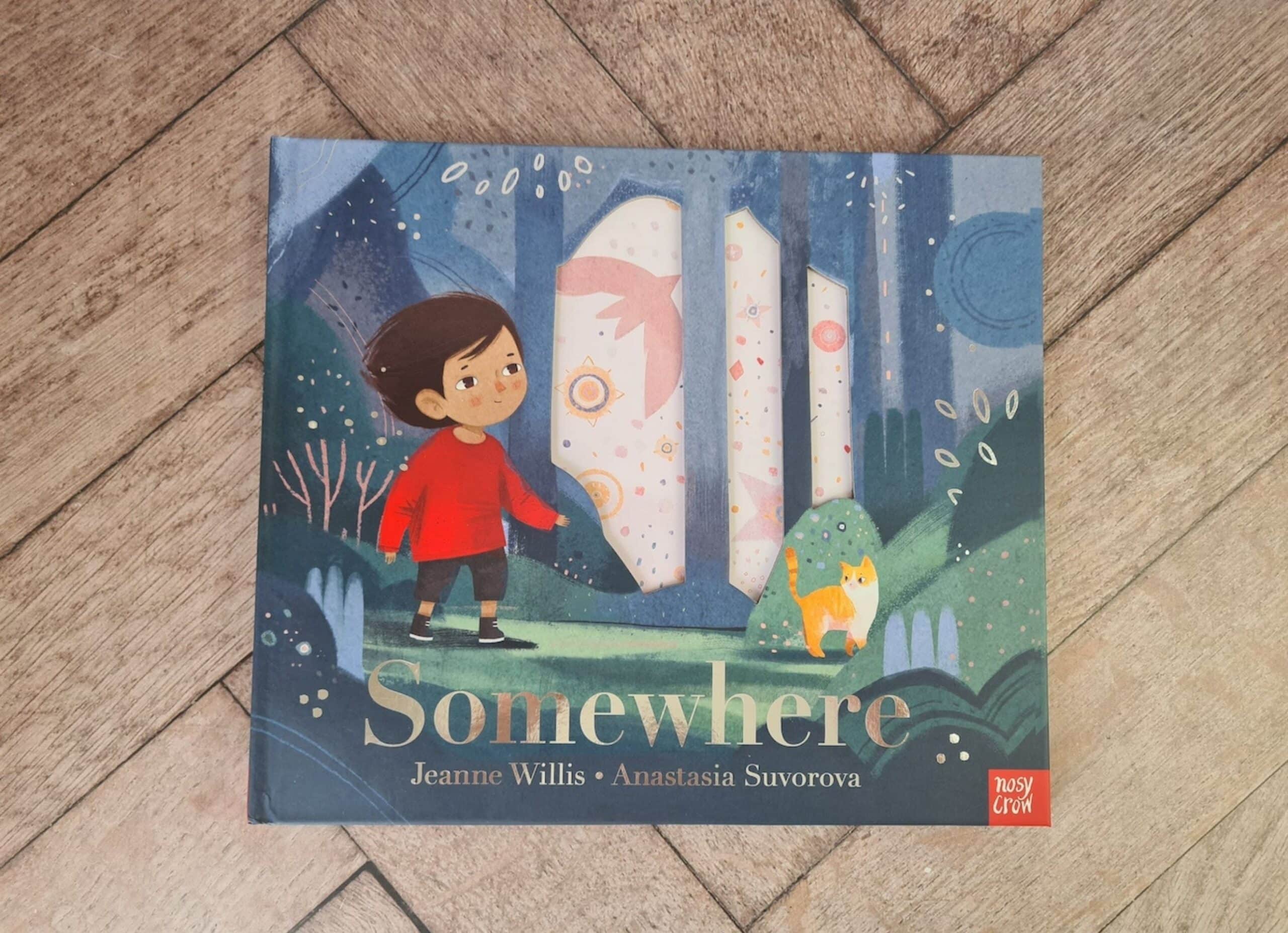 This week’s children’s book review focuses on Somewhere by Jeanne Willis and Anastasia Suvorova. It was published by Nosy Crow and can be purchased on Amazon*.

At the bottom of Oscar’s garden is a magical place called Nowhere, where extraordinary things can happen. Oscar can fly an incredible kite, build an enchanted castle and even set sail in a pirate ship! He can do just what he likes, and there are no grown-ups asking questions.

But when Nowhere begins to feel a little lonely, will Oscar find himself wishing for Somewhere that feels more like home?

With ingenious diecuts throughout that give a captivating and magical appeal.

You know sometimes when you see a book on a shelf and it’s just so beautiful that you have to pick it up and buy it? That’s this book! Straight away, the cover of Somewhere pulls you in and makes you want to know what it’s about. The book has beautiful cut outs throughout, including right there on the front page.

In the book, Oscar gets a bit sick of his grown ups asking so many questions. Erin is 5 so I totally get this as sometimes she gets a bit frustrated with us too and asks us to just leave her alone for a bit. When he’s had enough, Oscar just wants to be ‘nowhere’.

But, the longer that Oscar spends in Nowhere, the lonelier he gets and the more he actually misses those questions from him grown ups. Sometimes, being totally on your own isn’t all it’s cracked up to be and Oscar really just wants to go home in the end.

Somewhere is a really lovely book for children who might be going through something similar but are unsure about how to deal with their feelings. I know Erin can get frustrated sometimes and struggles to express herself and I think a book like this is a big help. It’s okay for children to need a little break but also important for them to know that their grown ups will also be there for them when they need them. 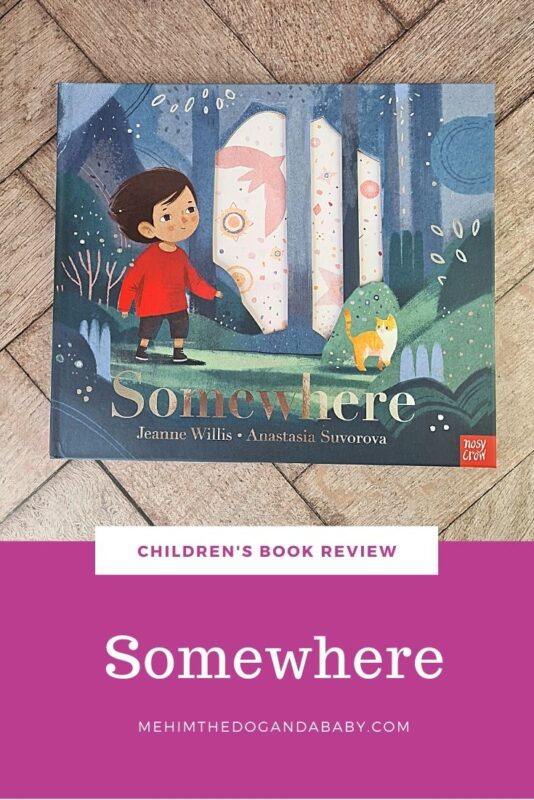