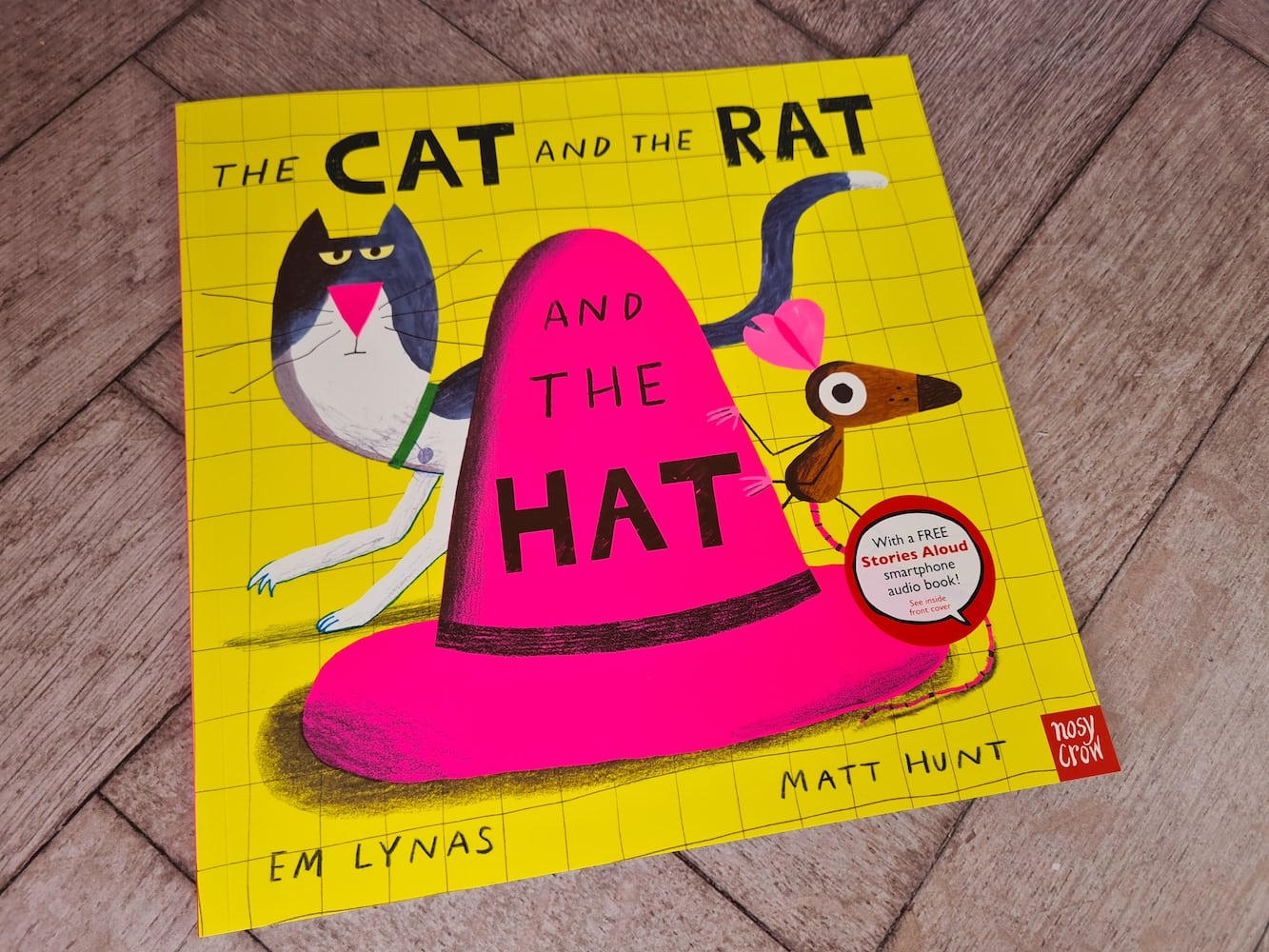 This week’s children’s book review is all about The Cat and the Rat and the Hat by Em Lynas and Matt Hunt. The book was published by Nosy Crow and can be purchased on Amazon*.

Cat is sitting on his favourite mat, when who should come along but Rat with a very nice hat? Cat wants Rat’s hat and will stop at NOTHING to get it. But when Bat arrives wearing a fancy cravat, well, what could be better than that? Chaos ensues as both Cat and Rat decide they MUST have Bat’s fancy cravat for themselves!

Sometimes, children’s books don’t need to be really complicated and instead a really simple idea works really well. This is exactly the case with The Cat and the Rat and the Hat. Sometimes all you need is a bit of fun and a lot of rhyming.

The Cat and the Rat and the Hat is a really fast paced read thanks to the short sentence structure and the rhyming words throughout. I really like that a lot of the words in this book are short and ones Erin already knows so she would actually be able to give reading this herself a go.

The Cat and the Rat and the Hat is really silly and really funny! The comedy throughout is fantastic and absolutely perfect for young readers… and the adults reading the book too of course! It’s such a fun book to read with your child and I’m sure you both will be laughing so much through the whole book.

Not only is The Cat and the Rat and the Hat so much fun but it’s also brilliantly illustrated. The colours are bright and bold and the illustrations really fun. The same kinds of colours are used through the book so each page blends well with the next. There’s also quite a bit to see on some of the pages, such as the Cat in the hat or the Bat with the cravat!

We really loved this one and I know it’s one we’ll read over and over again. 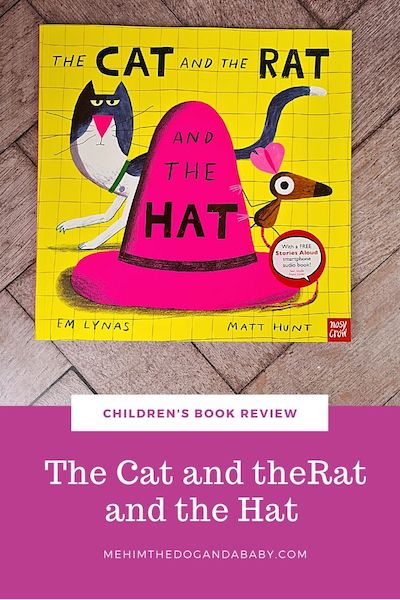