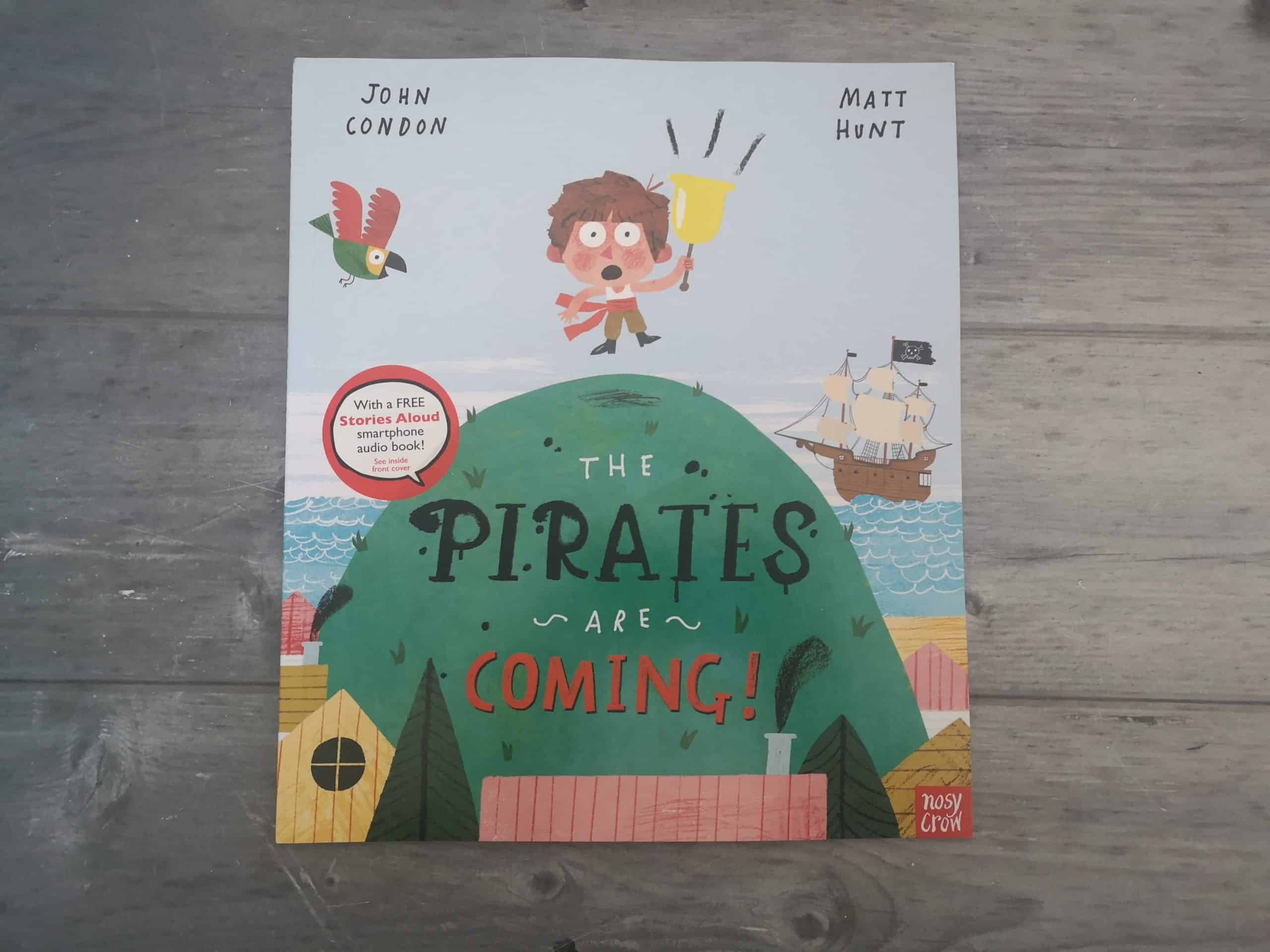 This week’s children’s book review is for The Pirates Are Coming by John Condon and Matt Hunt. The book was published by Nosy Crow and it can be purchased on Amazon (AD). 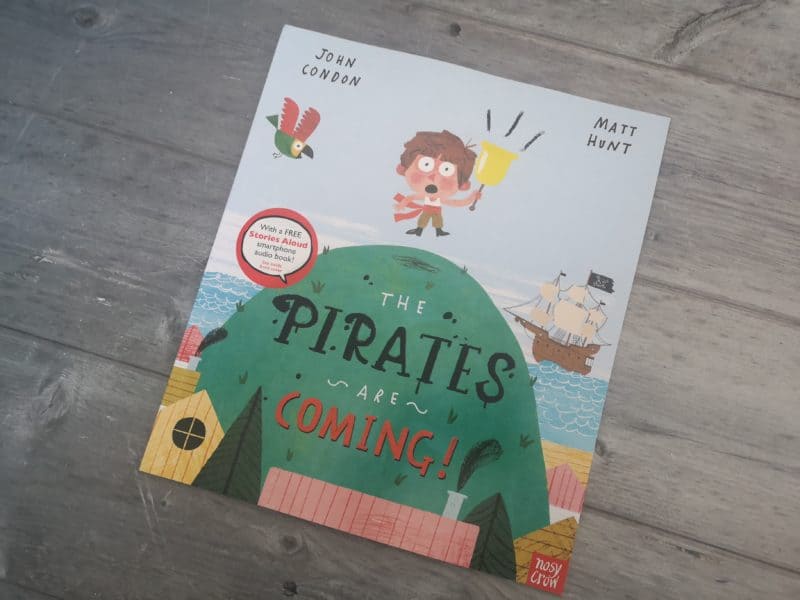 A hilarious retelling of The Boy Who Cried Wolf, with not one but TWO twists!

Tom has a VERY important job; every day he climbs to the top of the hill and watches for pirate ships. But when he rings his bell and shouts “PIRATES!” a few too many times – and there’s NO pirate ship – the villagers begin to get tired of hiding. So what will happen when the pirates really do show up? 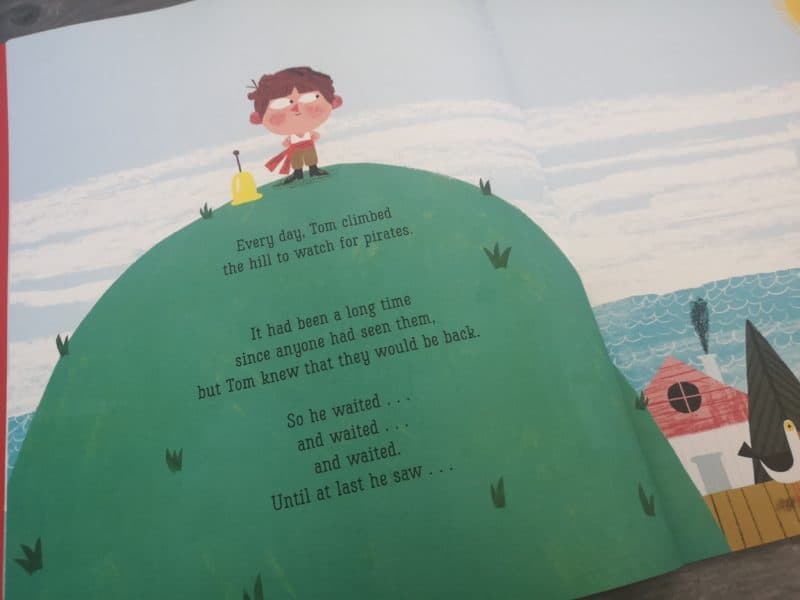 We’ve all heard the story of the boy who cried wolf and it’s such a classic. It’s a popular story to tell children and to help them to learn that it’s not good to lie. However, as classic as it is, the story is quite outdated and children need a newer way to hear the story. The Pirates Are Coming is a fun new way of telling the story but in a way that might be a bit more fun for children. 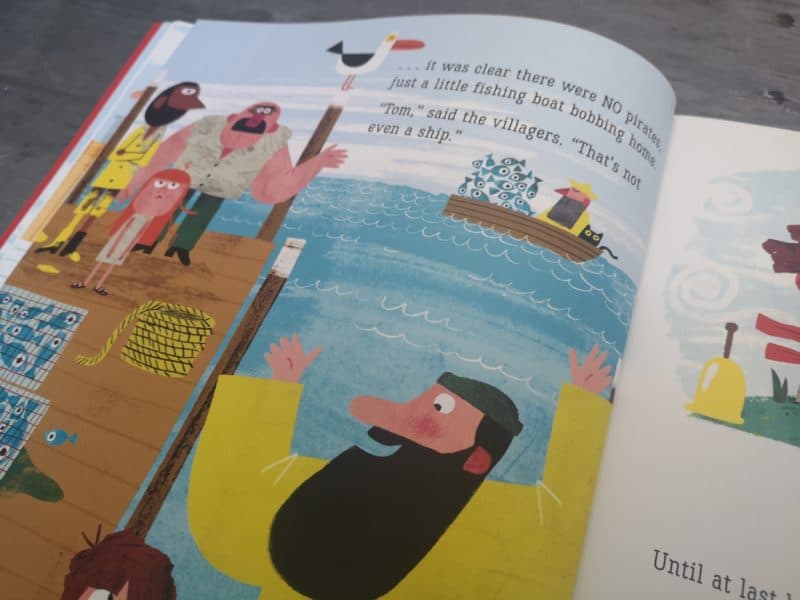 Main character Tom has the job of watching out for pirates. He stands watching and lets the villagers know when he thinks this is happening. Even though Tom is very wrong on numerous occasions I liked seeing that the people in the village didn’t really get angry with him or tell him off. Instead, we see Tom’s Dad trying to teach him what he needs to look out for. Tom wasn’t really lying of course, he really believed there was pirates every time. 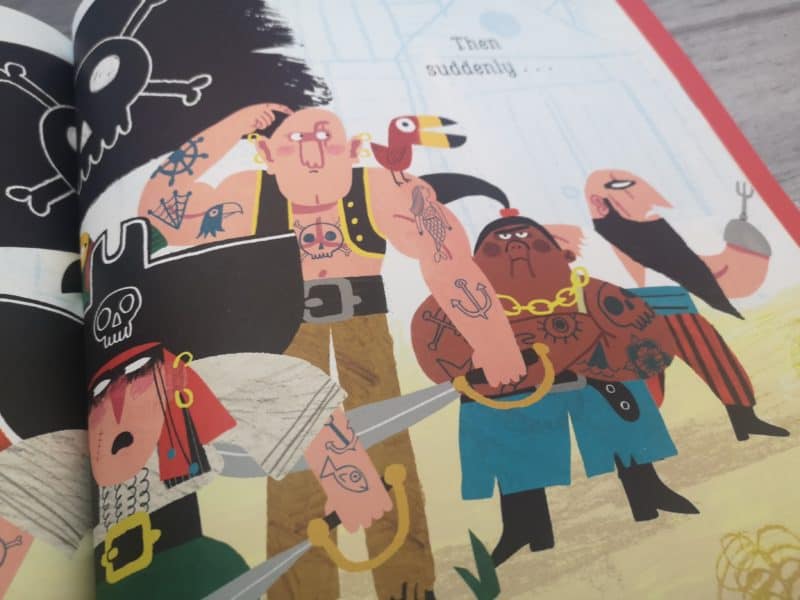 I really enjoyed the setting of this book and how colourful each page was. The illustrations of the village and the people are great and there are so many different things to pick out. For younger children who won’t be able to read the words this will definitely keep them entertained and interested in the story.

It’s to be expected that the pirates do actually turn up in the end and the villagers have stopped believing Tom. This book has a few fun twists though and it doesn’t really turn out in the same way that you’d expect. The language used throughout helps to build to an exciting ending and is fun throughout. 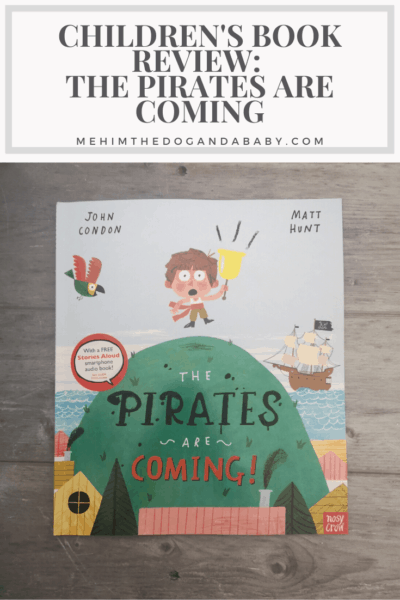