This year Erin has really begun to understand Christmas a lot more. However, unlike a lot of families, we aren’t bringing Erin up to believe in Santa in a traditional sense. While Erin will know that St. Nicholas gave out gifts to do nice things for others, she won’t believe that Santa brings her presents and certainly not down the chimney. Instead, we are very open with Erin about the fact that we buy her presents, as well as other family and friends.

With that in mind, we want Erin to learn about something that doesn’t seem to be done quite as much any more and that is sending thank you cards. I think it’s important to send proper thank you notes or cards after receiving gifts for Christmas. People might prefer to make a phone call or send an email now but I prefer the traditional way to say thank you.

Last year I made homemade thank you cards for the very first time and it was so easy. In fact, it took less than 10 minutes to make as many as I needed and they are so simple to make. I am not a crafty kind of person at all so if, like me, you have little experience in this department, then this is something you’ll definitely be able to do! 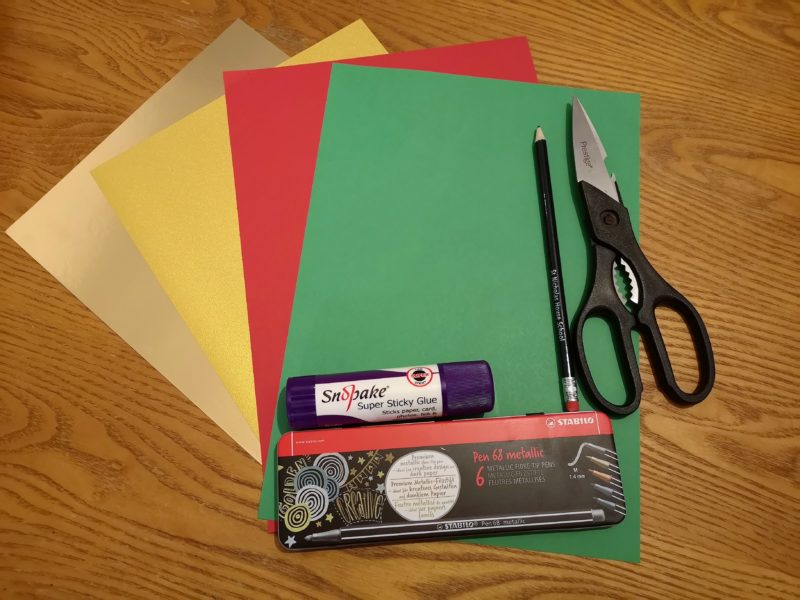 How To Make The Cards

On the green paper or cards, draw out the outline of a Christmas tree. Make sure the tree is sized to fit onto the red card. Cut out and repeat for as many cards as you need. Use the first tree as a stencil once you’ve cut it out to save time and to make sure they’re all about the same size.

For the presents, I chose gold and silver card just because they’re super shiny and fun. You can do these in whatever colour you want though. Also, I only added 2 presents to my cards but again, add however many you want to.

All you need is a strip of each colour and then cut them into squares of various sizes. 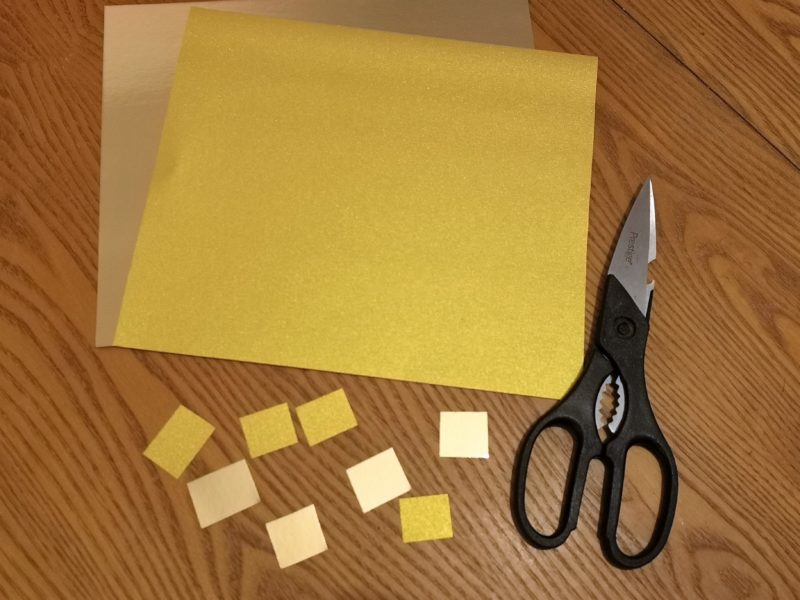 Once you have the trees and the presents cut out it’s time to arrange them on the card. I did all of mine with the same layout just for ease and quickness but you can change them up each time if you want to. Glue the pieces down once you have them where you want them.

The last step is just decoration. I added some lines for bows on the presents as well as tinsel on the Christmas tree. I like how plain my cards were but with a bit of sparkle for good measure. If you are more creative than me and wanted to spend more time on your cards, you could make your presents fancier or add additional items. I also added ‘Thank You’ in metallic pen to fill some of the spare space at the top.

So that’s really it! I would definitely make them again myself as I didn’t have to buy anything as Erin already had all of the supplies in her craft box. I made these as a quick thing to do while Erin was busy playing and I am so pleased with how they turned out.

10 thoughts on “Christmas Thank You Cards In 10 Minutes”