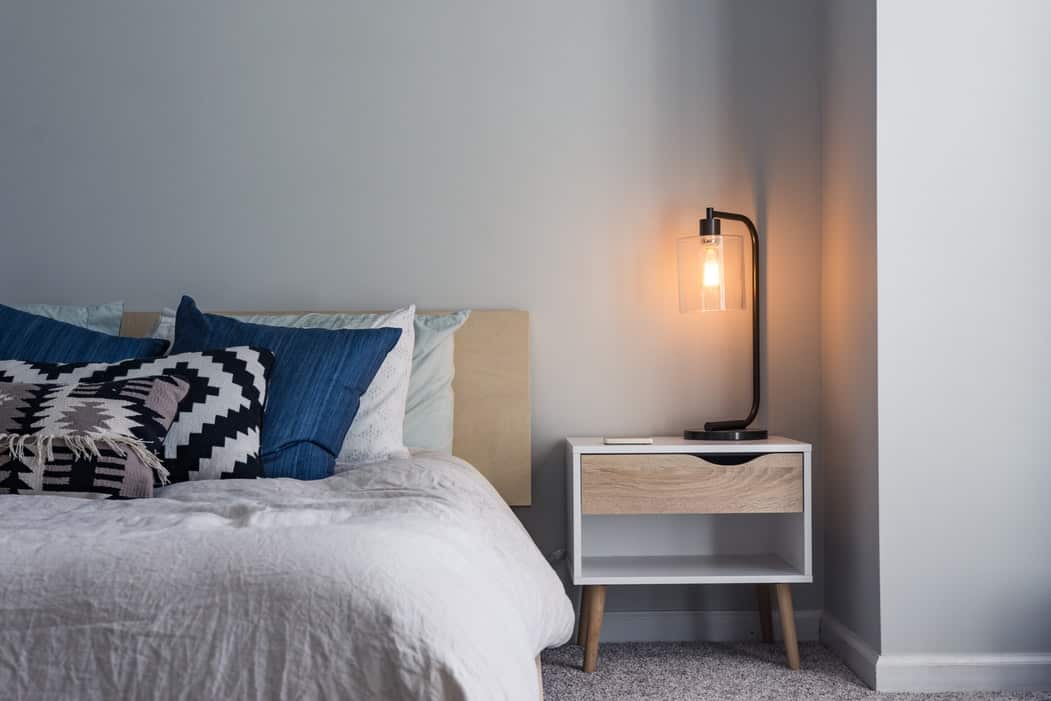 When we  bought our house we knew it was somewhere that really needed doing up. The previous owners hadn’t looked after it very well and there’s quite a lot of work to be done. We started off well, doing up the spare bedroom and Erin’s room. We also completely gutted the gardens and changed them completely. However, since being pregnant and having Erin, things sort of stopped. We ran out of time and money. Just recently though, I gave our bedroom a bit of a spruce up with some new bedding.

Our bedroom was actually the first that I painted when we moved in, although I just painted on top of what was there already. I painted the room lavender and cream as I needed to get rid of the hot pink the crazy people had it as before.

We’ve only ever had one set of bedding that actually matches the colour of the room. It has been driving me mad for ages. So, I bought some new reversible bedding and I am so happy with it!

We bought this as a king size set from Very.co.uk for £25. It also comes in red or grey and the matching fitted sheet is available too. Both the duvet cover and the fitted sheet are a lot thicker than I thought they’d be, making them perfect for autumn/ winter. We only have a thin duvet due to co-sleeping and this set really makes our bedroom warmer and very cosy.

Some bedding sets don’t feel very nice after sleeping in them for a few days but this one was still super soft and comfortable after a week. My only negative really is that the colour is not the same as the picture on the website.

I actually prefer that the bedding is darker than I’d expected but I know this won’t be the case for everyone. For not a lot of money we have managed to make our bedroom feel a lot nicer than it did before! Erin is also a fan! 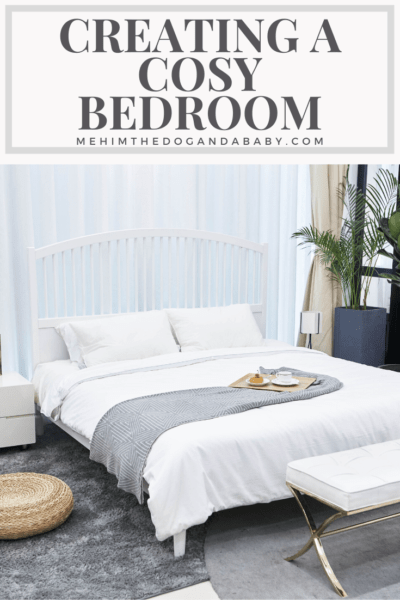 7 thoughts on “Creating A Cosy Bedroom”