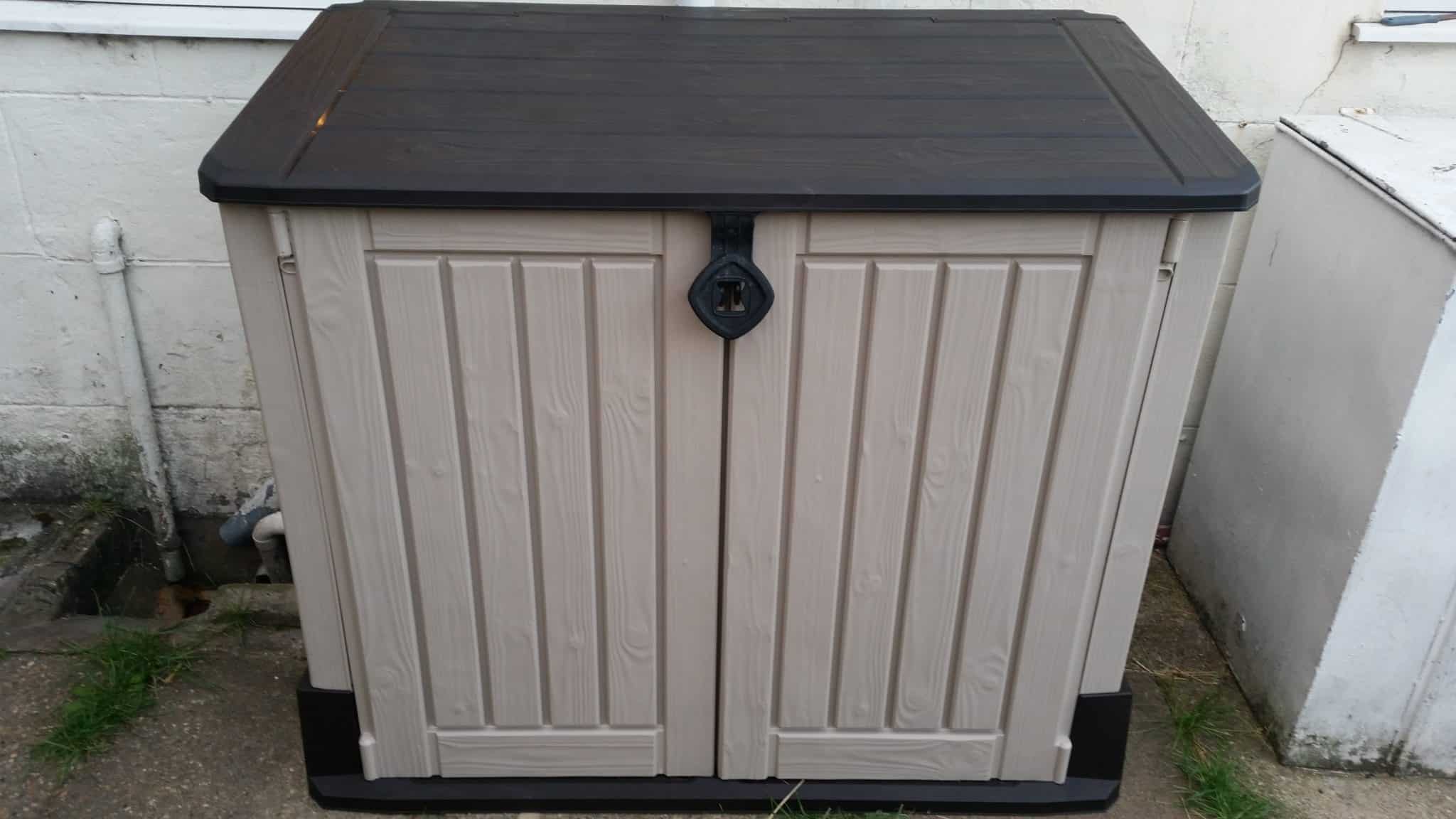 One of the first tasks when we bought our house was to tackle the garden. Last year we managed to finish clearing it all, get some decking laid and also get a pretty big big of lawn laid as well. It all looked beautiful until Jackson destroyed the grass with his poison pee. Anyway, the one thing we lacked was garden storage.

We have a shed at the bottom of the garden but it’s such a mess. It has woodworm, a rotten floor and a massive hole in the back where something keeps digging its way in or out. This is how it was when we moved in. We know it needs to go but we need a store for firewood at the minute.

Last month we splashed out a little bit and invested in a Keter Storage Box. Ideally, I really wanted a new shed and a wood store but we don’t have the money for that right now. This was the next best thing.

The Keter storage box is pretty much what you’d expect it to be; a storage box for outside. This box is actually made from plastic so it is weatherproof. This was the main selling point for me. I can’t be doing with more rotten wood.

The storage box took hardly any time at all to put together. John and I did it together because of how big it is. We managed it in less than half an hour. Most of the pieces slot together and there are only a few screws, even if a few are in awkward places.

The storage box is really sturdy and has so far survived some quite strong winds. Although we haven’t gotten round to it yet, you an add a lock if you want so the box is super secure. We only keep the dog food and rabbit hutch things like hay in there at the minute though.

There is also an option to add a shelf to the inside. However, all the instructions state is buy plank of wood and screw in. The wood is not supplied. We haven’t bothered with this.

I honestly love our garden storage box. It’s got so much room in it and holds loads. I can see this being used for Erin’s scooter, bike and other outdoor toys when she’s older.

Unfortunately, these aren’t cheap even though they’re made from plastic. Ours was about £90 I think when we bought it. I didn’t mind though because it’s something that will last ages and we can move it around when we want.

I’d actually like something else from Keter and maybe do away with the wooden shed altogether one day. This is the perfect garden storage for us, especially while the garden is a work in progress. 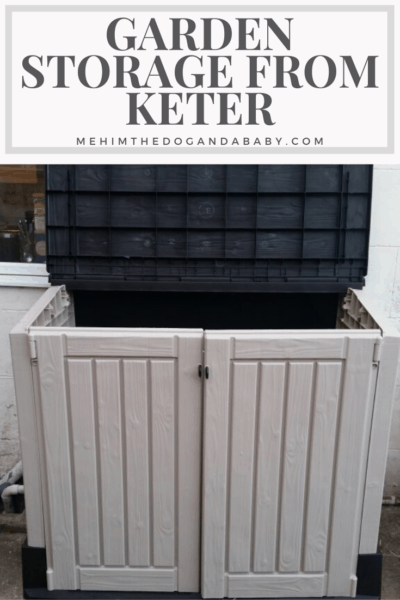 3 thoughts on “Garden Storage From Keter”