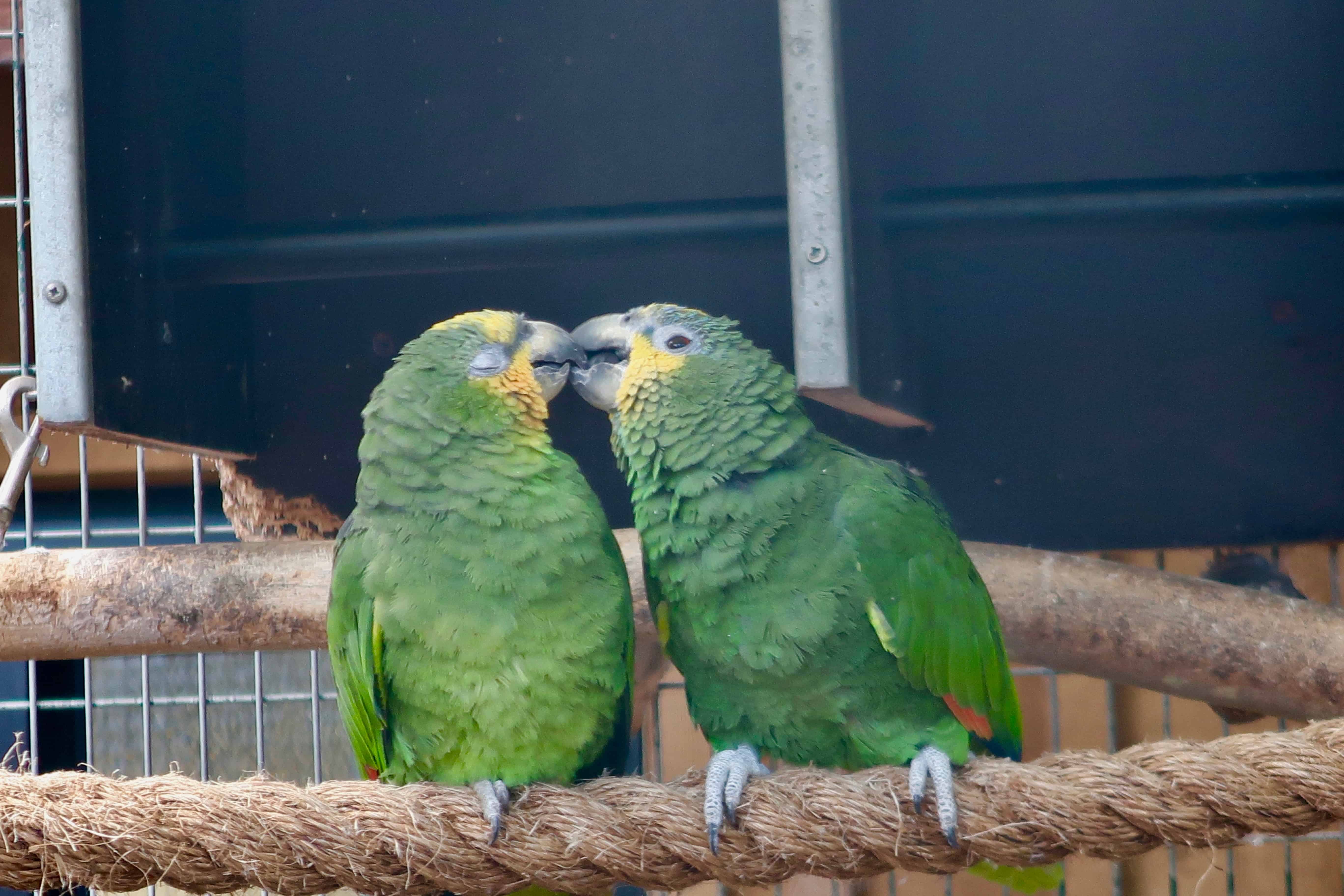 Lyndsey recently went to London for a couple of days and I took the time off work to spend with Erin.  It is such a rare occurrence that we get to spend time alone together that I knew I didn’t just want to sit around at home with her.

It just so happens that we have annual passes to the local zoo in Cromer.  Erin loves animals and so do I do it seemed like the perfect thing to do with her.

We caught the train and arrived at the zoo for when it opened at 10am.  I thought this was quite a late time to open but I don’t have a lot of scope for comparison!  Anyway it worked well for the time of the train we caught. It didn’t work well for Erin being awake as she managed to fall asleep 30 seconds before we arrived at the zoo.  Luckily we arrived a little early and Erin had time to have her power nap before the gates opened.

Erin woke up surprised that we were at the zoo and she showed particular interest in some of the animals that roam free at the zoo, particularly some rabbit kangaroo things that she tried to chase all over the place.

The first thing I tried to do with her was to sit her next to a stone tortoise so I could take a photo.  Everything was going fine until she turned and looked into that stony face of doom and screamed, jumped down and came running to me for a teary hug.  Needless to say I did not try again.

By far the thing she enjoyed the most were the big cats, particularly the jaguars.  There is a double fence with a good amount of space between them, so Erin was safe to walk around looking through at these majestic beasts.  She loved them and I was torn about which sound to teach her these cats make.  She was inclined towards ‘miaow’ and I thought it was so clever she made the association that I let her carry on.  After all, ‘roar’ isn’t really a sound at all.

After that we stopped at a picnic bench for lunch. We had great fun trying to take selfies pretending to be various cartoon animals with the space for our heads to look through.  It isn’t so easy to take a selfie whilst holding a toddler up and trying to get her to shove her head through a hole and smile for the camera!  I was in fits of hysterics and I think Erin was just confused but then started laughing at me.

We then took a leisurely stroll through the rest of the zoo.  Erin liked the monkeys, the parrots, the Guinea Pigs, the warthog, and the pumas as well.

By the time we reached the reptile house Erin was starting to get tired and we were running out of time as I had arranged to meet my brother for lunch.  It’s a shame she usually loves the alligators and snakes.

All in all we had a wonderful time at Amazona Zoo, Cromer.  Sadly they don’t have my favourite animals, Giraffes, but I suppose you can’t have everything.

15 thoughts on “Daddy and Erin’s Day at the Zoo”