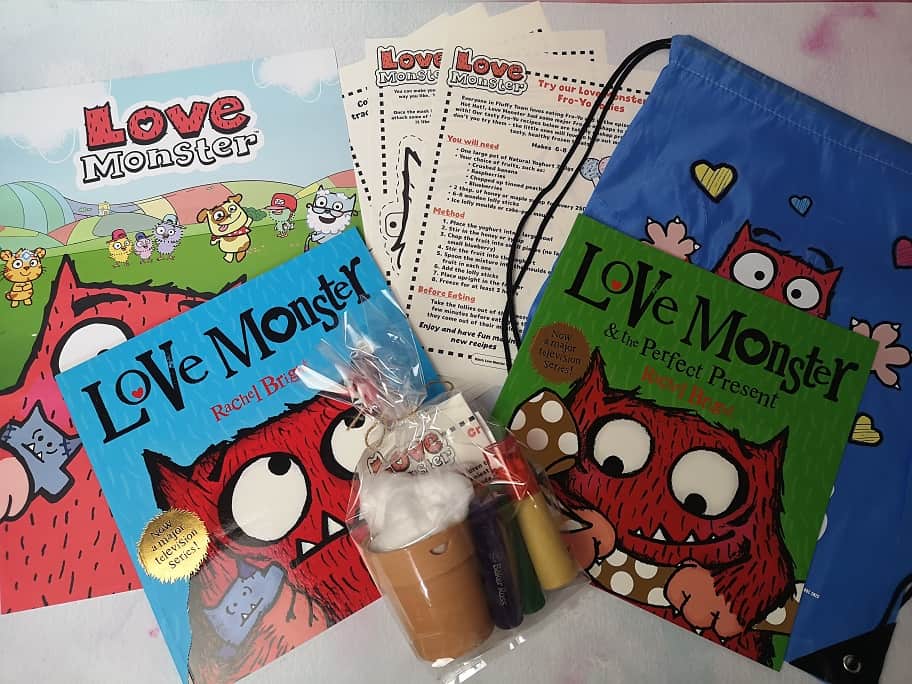 Like a lot of 4 year olds, Erin loves to chill out sometimes and watch cartoons but we obviously look for fun shows that are age appropriate. We were recently introduced to Love Monster, a cartoon based on the books by Rachel Bright. We were sent a really cool activity pack containing loads of different things to do as well as books to read. Of course, these things were to tie in with watching 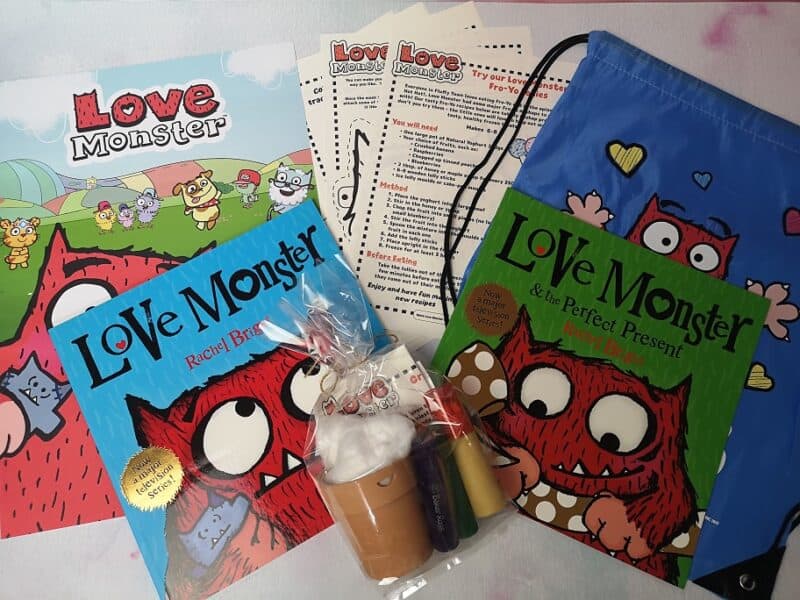 The great thing about Love Monster is that it really helps children to talk about and understand different things that they might be feeling. Love Monster is very different from everyone else where he lives and this makes a great talking point for why people are different and why these differences should be celebrated and embraced. Erin is just about to start school in September and there will be a lot more children than she is used to. I’m sure she will notice differences in people so watching Love Monster has been really helpful.

Sometimes it can be hard to talk to Erin about different feelings, because I struggle to find the right way to say things. I personally liked that some of the Love Monster episodes really showed why someone might be feeling certain things, such as nerves or sadness. The episodes do this in a fun way though, so to not make anything too scary or upsetting for the children watching. Erin was easily able to pick out when one of the characters needed some help and we were able to talk about what might happen together. 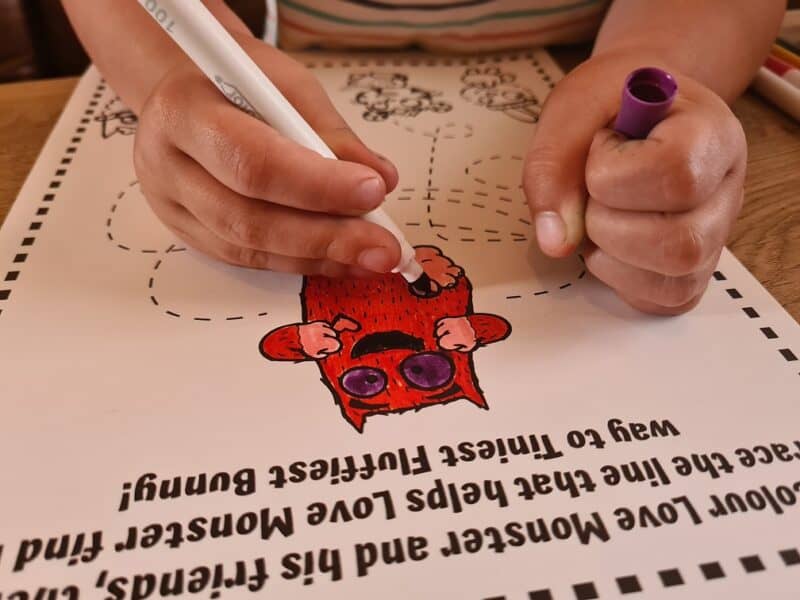 After watching some episodes of Love Monster Erin was really excited to see what was in our activity pack. There was loads for her to do, from colouring and making a mask to mazes and playing spot the difference. It was nice to be able to do the activities with the characters in mind and this definitely helped Erin to choose which colours she wanted to use. 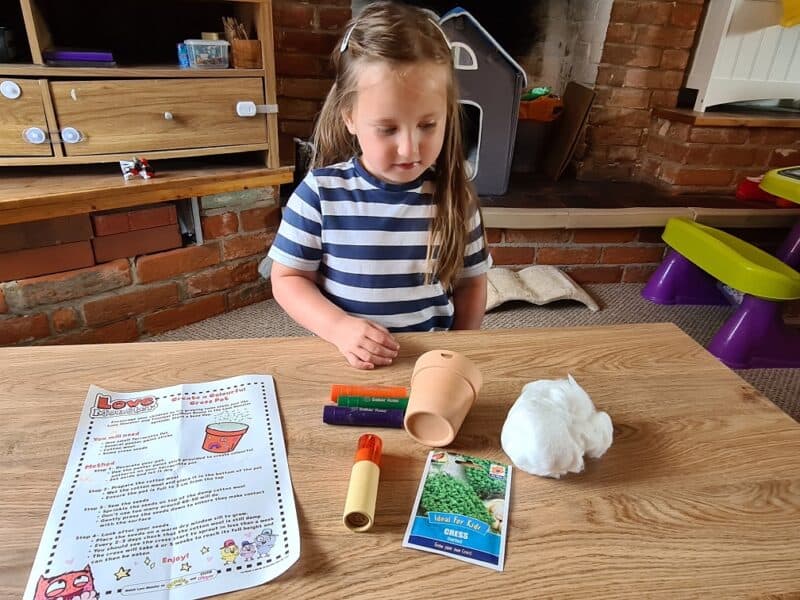 Erin’s favourite activity was being able to plant some seeds and to watch them grow. We decorated a plant pot first and let it dry for a while to make sure we didn’t get anything all over our hands later on. Next, we separated the cotton wool and soaked it in water. Leaving a good gap in the plant pot, we pushed the wet cotton wool in, making everything ready for the seeds. We’ve never planted anything to grow indoors before, or in cotton wool, so Erin was really excited to see what would happen. 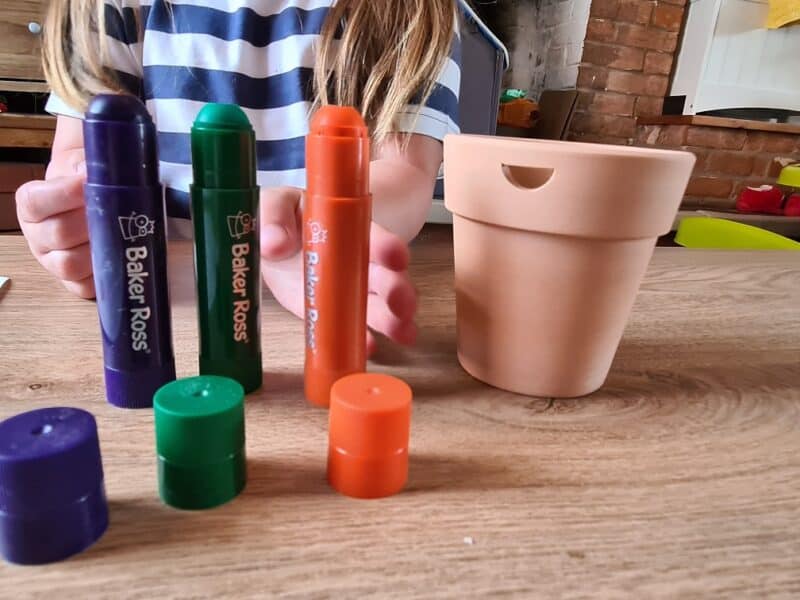 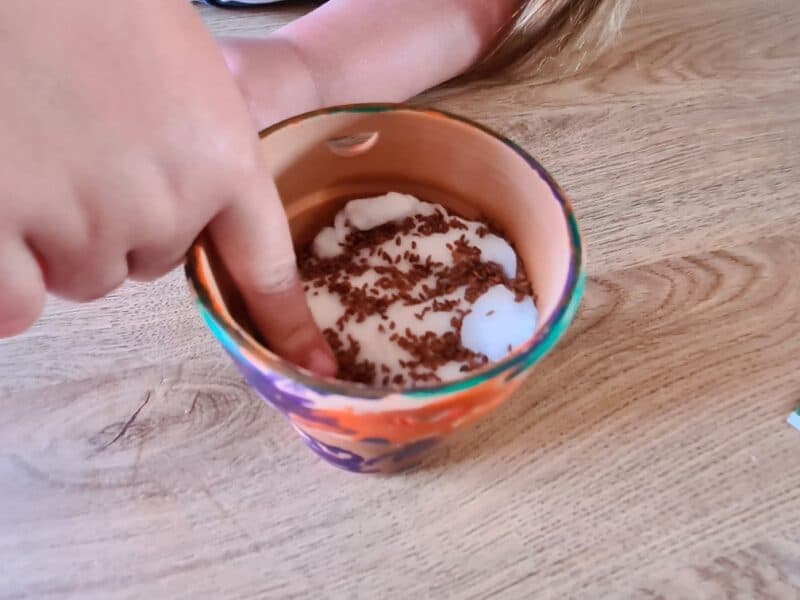 We might have gone a bit over board with the cress seeds but it’s only easy to only get a few of them into the pot at any one time. We must have had hundreds in there! Erin didn’t mind though! After a couple of days we saw that the cress had started to grow and after only about 5 days it was nearly fully grown. This was a really fun and easy activity that we could do over and over again without it costing a lot of money.

Love Monster is available to watch on BBC iPlayer!