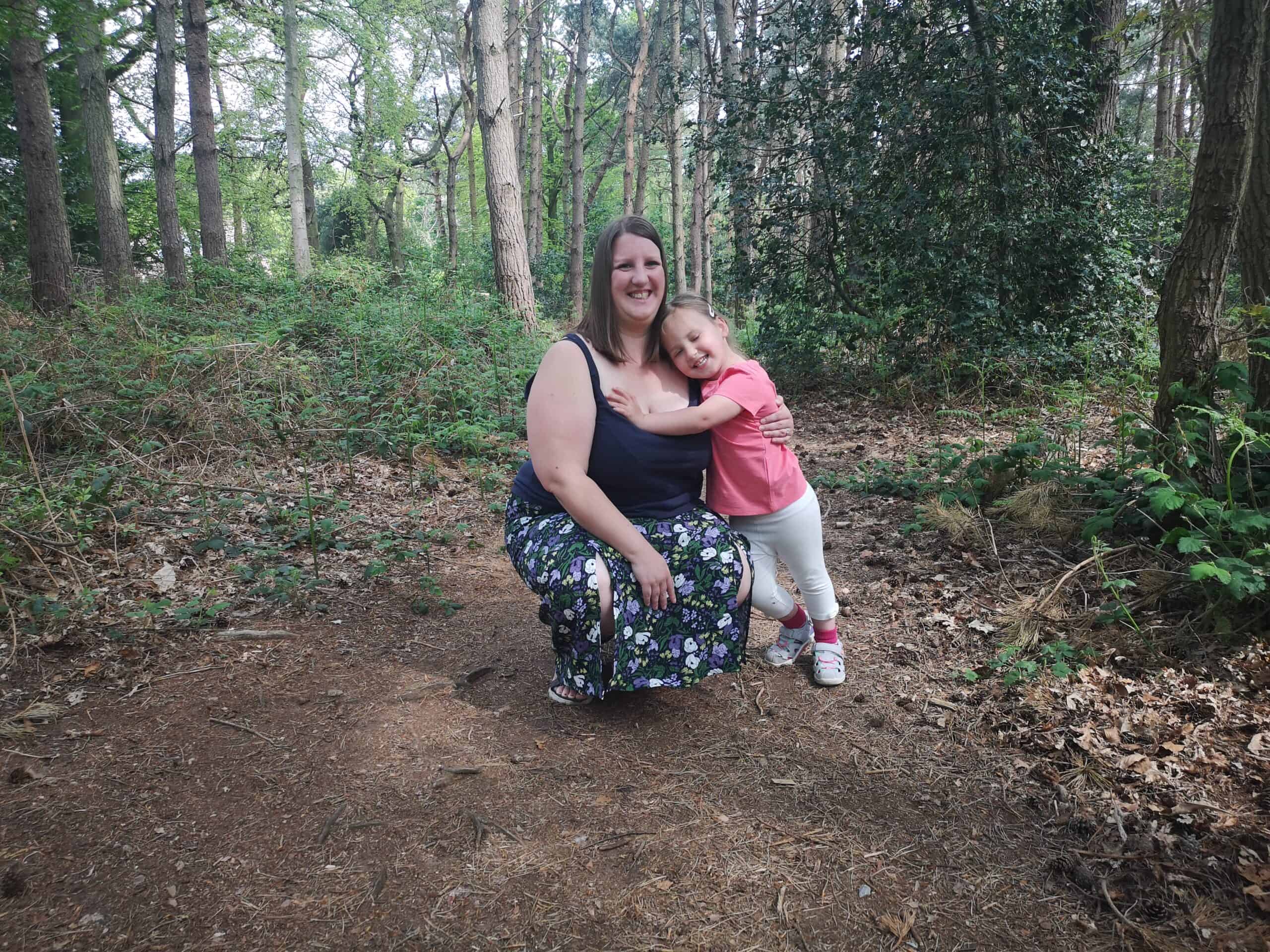 Since the beginning of lock down we haven’t really been making the most of being able to have daily exercise. We don’t drive and live in quite a small town so there hasn’t really been anywhere for us to go. I have to admit that I’ve been quite jealous seeing people on Instagram having walks in fields, woods and even super quiet walks along the beach. The most we have done is have 1 family walk with Erin and her bike.

I think we have been going a bit stir crazy though and we were really in need of really stretching our legs and going on a bit of an adventure. I remember a few years ago we accidentally came across a bit of a woodland path only 10 minutes away from home but for some reason we’d never gone back. I think mostly we forgot how we found it so couldn’t remember how to get back there. But, I managed to find it on a map so we planned for a family walk over the Bank Holiday weekend.

Saddler’s Woods really was only a 10 minute walk away from home and as soon as we passed the houses, coming to a big open field full of daisies I think we all felt better. It was like going somewhere completely different even though it really wasn’t very far away from home. Erin was so excited about finding a big area where she could run around and we definitely found that for her.

At the bottom of the field there was that magical path into the woods. Once Erin spied it she was off and she couldn’t wait to see where it would take us. It was such an Erin thing to do but she immediately found the biggest stick imaginable. 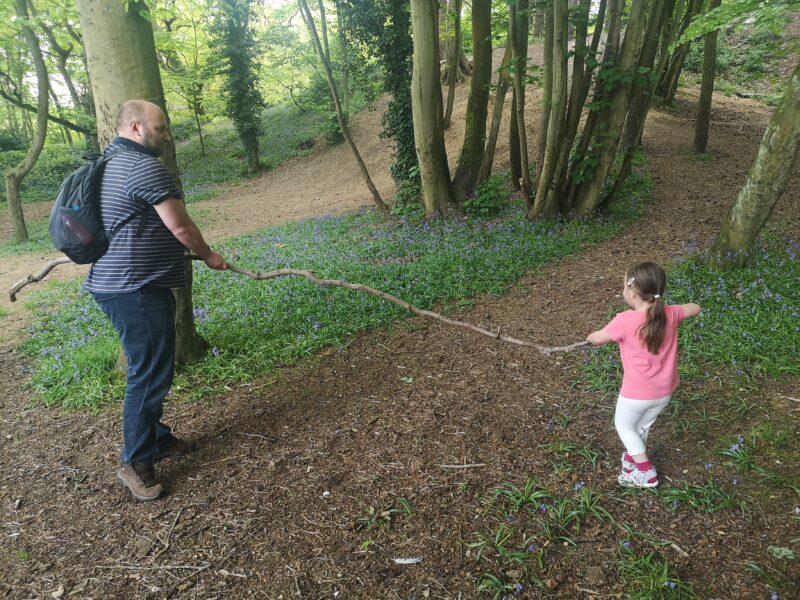 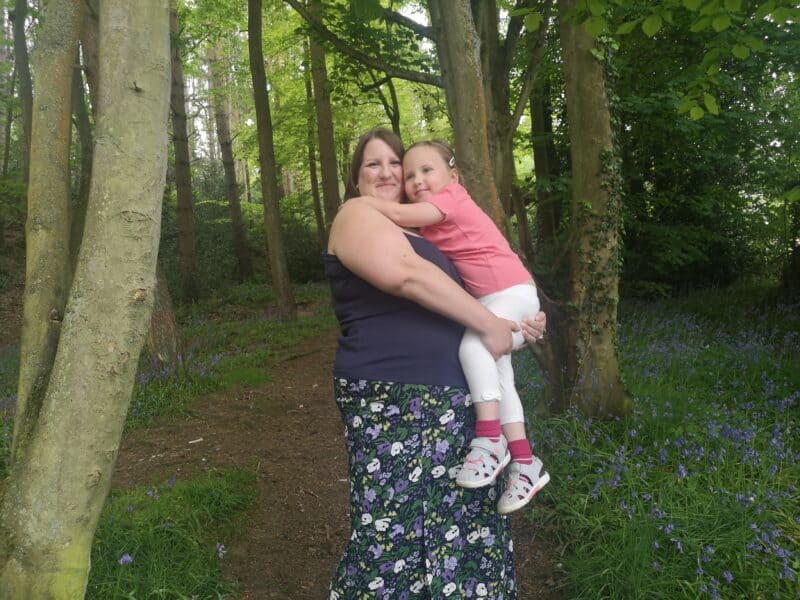 Something I have wanted to do for ages is to take Erin to some bluebell woods but I didn’t think that there was any near us. I couldn’t believe it when we found so many at Saddler’s Woods. Erin had never really seen bluebells before, especially not as many as there was here so close together. I’m a bit sad that this place has been there all of the time we’ve lived here and I’ve not been able to see the bluebells until now. It was really great to see Erin experience something new like that for the first time. 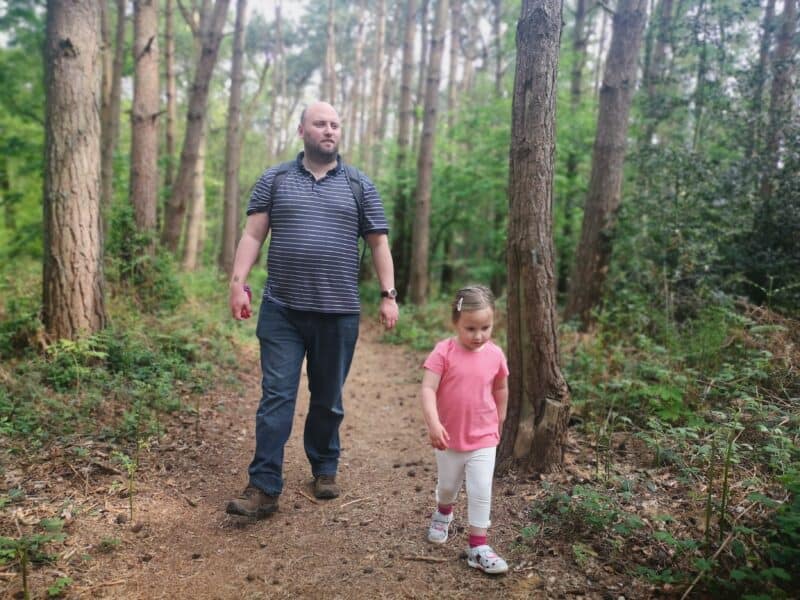 Sometimes when we go for days out Erin is so used to us having the pushchair with us because of us not driving so I was a little worried she would give up and want carrying on John’s shoulders most of the time. She really proved me wrong though and had an absolute blast finding new paths to follow and to see if she could climb up some of the higher bits. 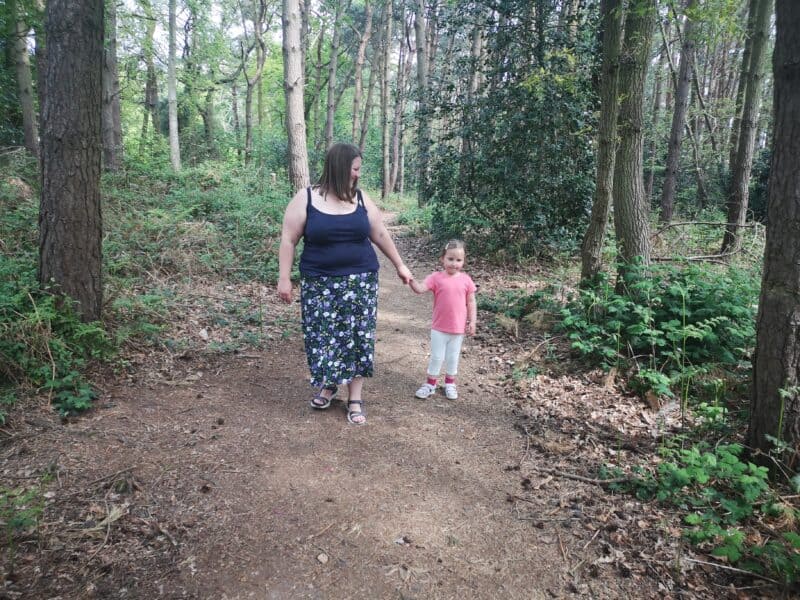 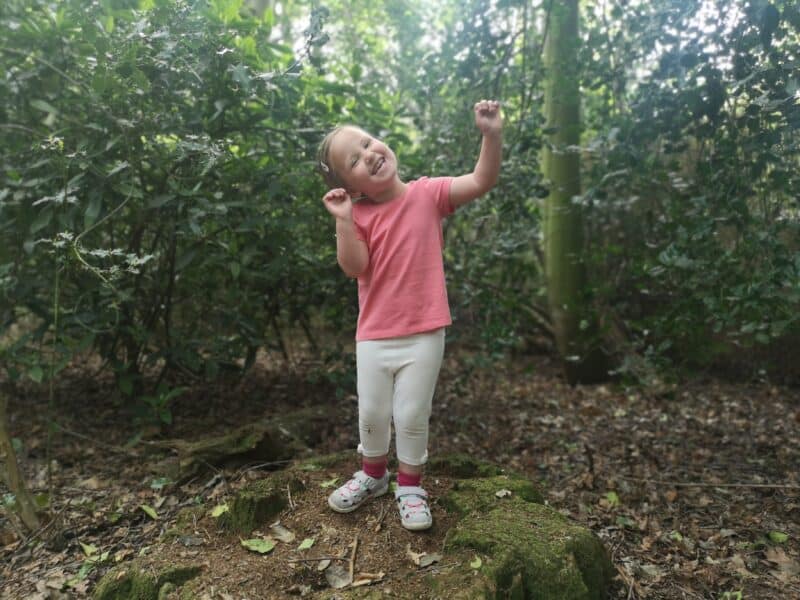 I think one of Erin’s favourite parts of being out in the woods was finding tree stumps and benches to stand on. It’s funny because this is something she has done for a really long time and so much on other days out we have had in the past. Every time we found one she just had to stand on it and asked me to take some photos of her. 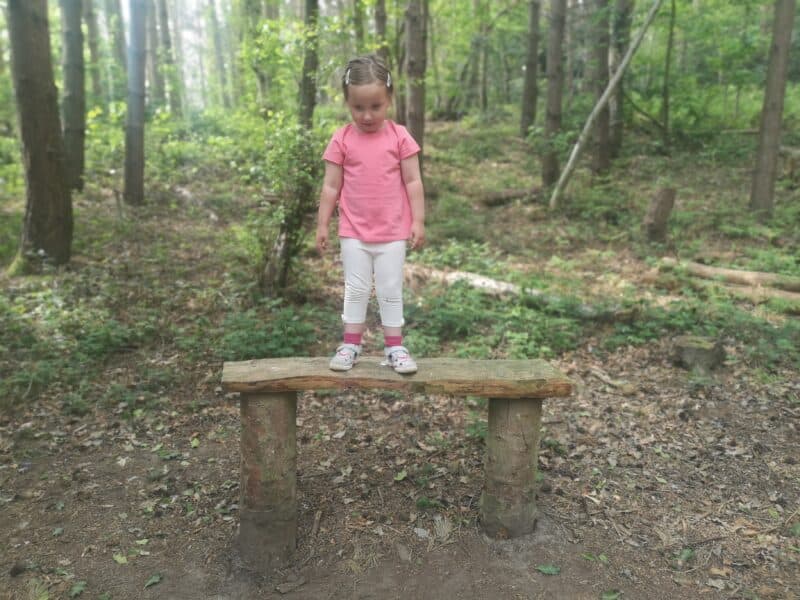 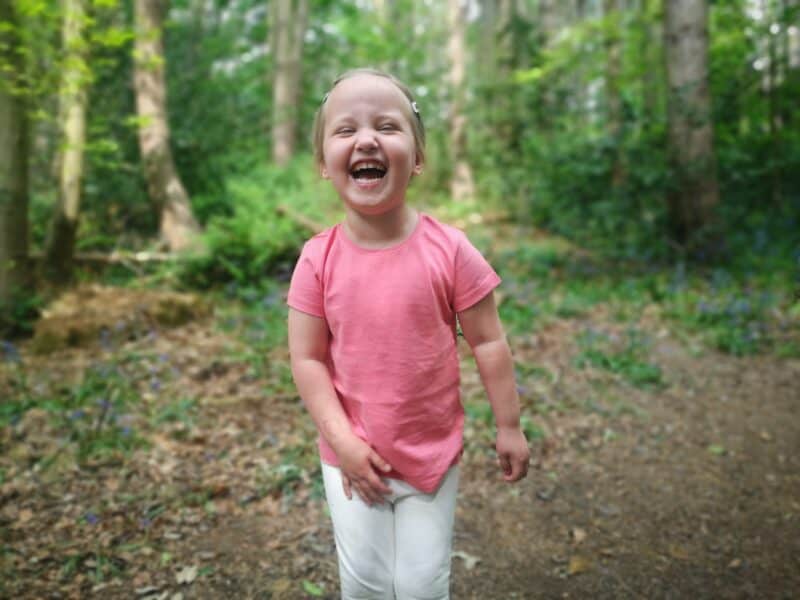 Although it took us years to find again I’m so glad we’ve found somewhere new to go in town. It’s a bit of a game changer really because it means we can now go and do something on John’s days off with Erin or maybe even just the two of us on an evening if the weather is nice. 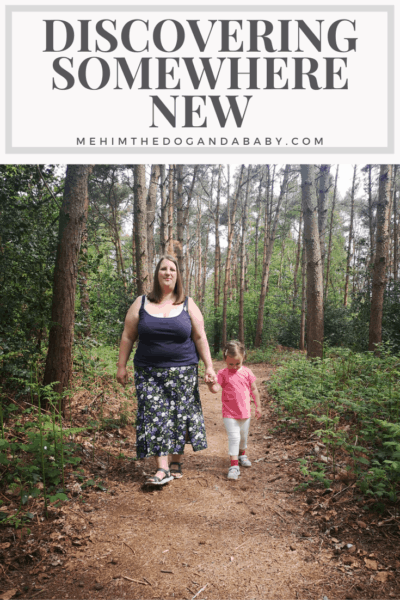