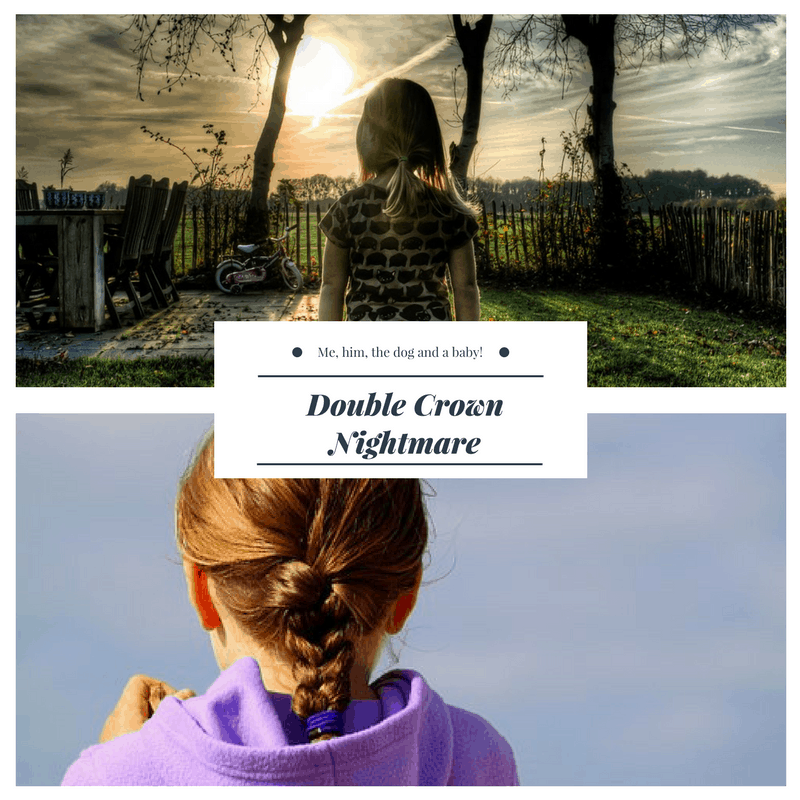 I have pretty shit hair and I have had for as long as I can remember. I have a double crown and a cow lick at the front of my hair. I’ve never been able to have a nice looking fringe because it’s always ended up with a strange parting in it and I’ve never been able to have a middle parting. I think when I found out we were having a girl I was quite excited at being able to do really fun hair styles for her because I can barely put my own in a pony tail.

Unfortunately, Erin was born was a bloody double crown! Now that her hair is getting longer it is growing in all kinds of crazy directions. She has no clear parting and instead it just wants to grow forward. I trimmed her fringe a few times months and months ago just to keep it out of her eyes but she was starting to look like she’d have a mullet if I carried on.

Erin has never really had anything on her hair or in her hair. She will not keep a hat on no matter how hard I try and headbands are a big no go. I have managed to get a use a grip most days now to sort of part her hair so that she can actually see. She doesn’t always keep this in though and getting her to keep still to do it again is a struggle! I think I have managed to get her hair in a pony tail for more than 10 minutes once and that was only because we were on a day out and she was distracted.

It’s bad enough that I don’t know what to do with hair normally but what am I supposed to do with Erin’s double crown!? I don’t want her to grow up having shit hair and boring pony tails.

Does anyone have any advice or posts to share about the subject?! 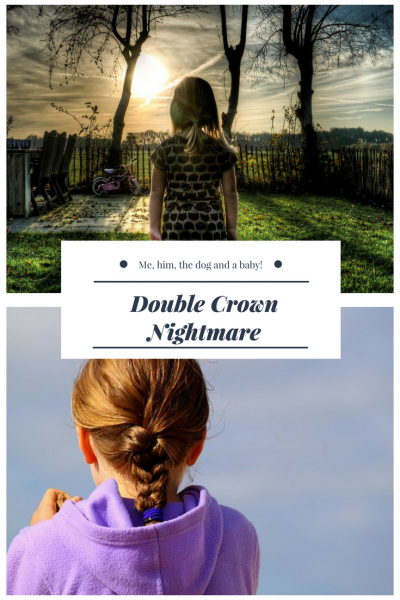