Welcome to Meal Plan Monday, our weekly feature where we talk all things Meal Plan. This week I’m handing over to Laura from Edinburgh Life with Kids! 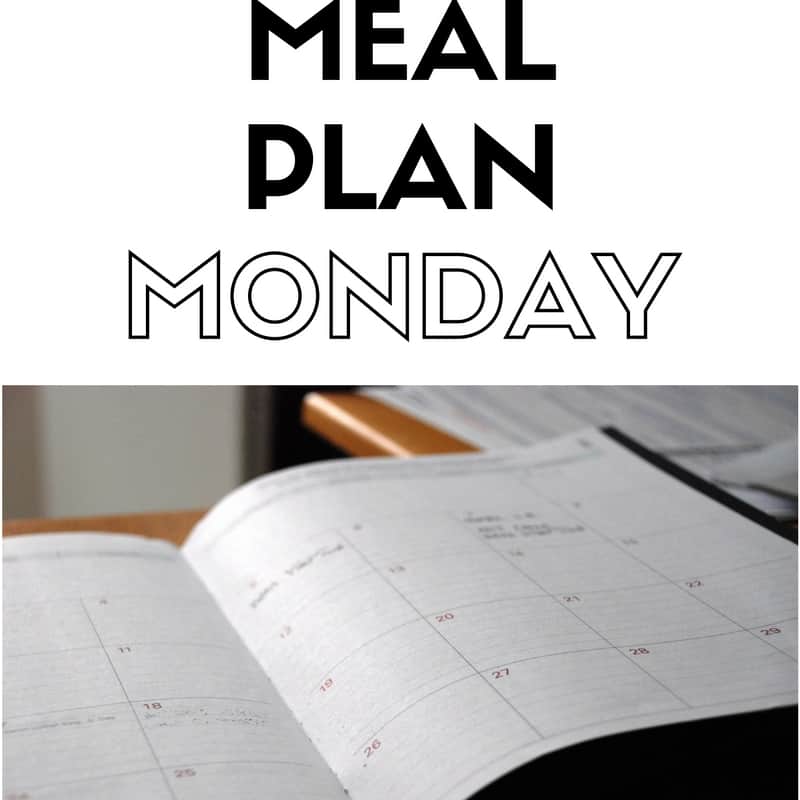 I’ve always been a fan of Meal Planning. Through working out what we eat in advance, I’ve found that we save money and end up with a lot less food waste. It also takes away the hassle of thinking what to cook each day – everything is always there ready to go. By heading to the supermarket once a week (instead of everyday) I also save time and energy – which is always a bonus!

In the past, I’ve always sat down and planned the week ahead. Whilst this has generally worked for us, there has been the occasional hiccup. On weekends that have been unusually busy we’ve sometimes just not had the time. This has resulted in weeks that are just chaos.So we decided to try something a bit different:

Instead of working on a week by week basis, we decided to plan the entire month at once. Writing the shopping lists for each week in one go. I was tempted to also just book online food deliveries as well, but actually quite like the half hour I spend in the store each week. But all the planning was completed a month in advance.

To start with, I decided that each week needed a pattern. We would have a type of soup on Monday, salad on Tuesday, Stir fry Wednesday, and so on. I’m sure you get the idea! This gave me a really clear framework and I found it made thinking of what to eat easier.

The problem was – we got fed up with this pattern after two weeks. Mondays were just a bit rubbish!

I also switched focus to try an include more protein in my diet rather than just losing weight (I want to increase my muscle to fat ratio). When a neighbour loaned us the ‘Lean in 15’ book by Joe Wicks – it was time for a change!

We decided that the initial idea had been a good one. We had saved time in the previous weeks so simple re-jigged the next two weeks just using the one recipe book. For those familiar with the format of the book, it’s actually divided into two types of meals so provides variety. I know what days I go to the gym (and need carbohydrate meals) so this made planning a lot easier too.

I had to work this past weekend but my shopping list had already been written. This has resulted in me feeling a lot less stressed about the week ahead as I haven’t really had to think about anything. My husband had a really clear shopping list – and thankfully, hasn’t diverted from it that much.

The downside I guess, is that it doesn’t really cater to whims. Last night, I really wanted to have a take out. Like really wanted one.

But we already had food in and this would’ve been a colossal waste. I suppose this could also be viewed as a good thing given that we didn’t then waste money on a take out. But I’d still quite like to have some crispy beef!

Overall, planning ahead has been successful. I think going ahead I’m more likely to plan two weeks ahead rather than four. But for people who know their routine, and have a good idea of what the month ahead holds. I’d really recommend this approach!

where to find me

Thanks so much Laura! We’ve tried the same meals for each day of the work but we got bored really easily too!