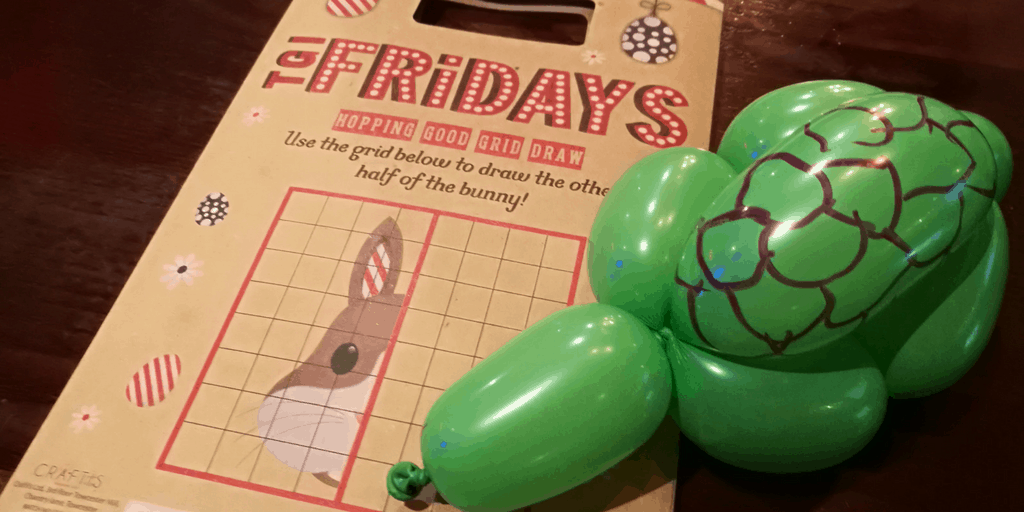 Whenever we go to London I always try to find somewhere family friendly for us to eat. I’m a pretty fussy eater in general, Erin… well, we can never really tell what kind of mood Erin will be in and luckily, John is happy with anything so we need somewhere that suits us all. Having been to a few different branches of TGI Friday’s I realised not too long ago that we had never been to one in London. On our visit just before our holiday we visited the TGI Friday’s Leicester Square. 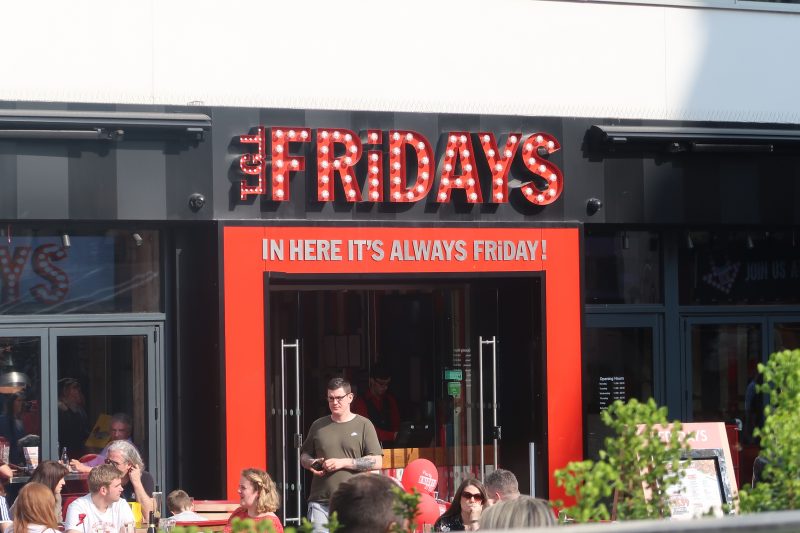 When we arrived the restaurant was pretty busy but we expected that from the location. Our server James was super friendly and immediately had a fan. Erin couldn’t stop smiling at him and loved it when he made her a turtle out of a balloon! 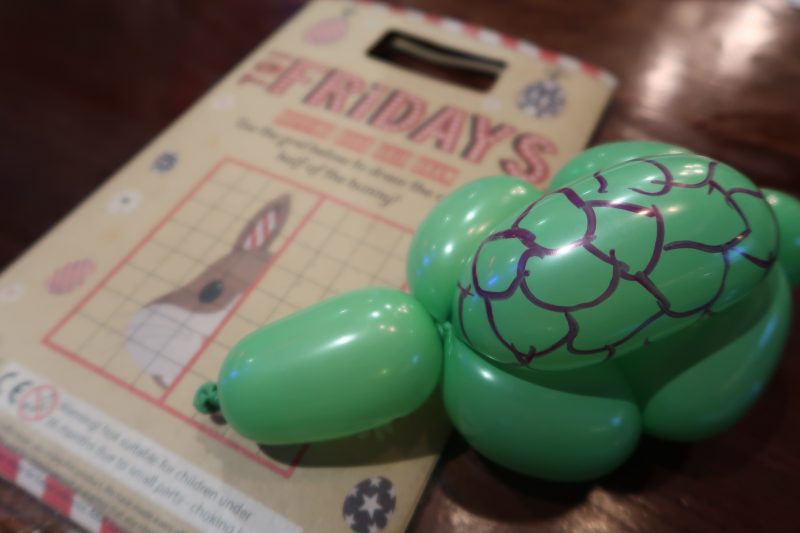 The great thing about TGI Friday’s is that there is so much choice on the menu. Even the pickiest of eaters like me will have more than a handful of options. There was a lot that I could have chosen but in the end I went with the chicken fingers. I’ve had this before from a different TGI Friday’s and really enjoyed it so I wanted it again! 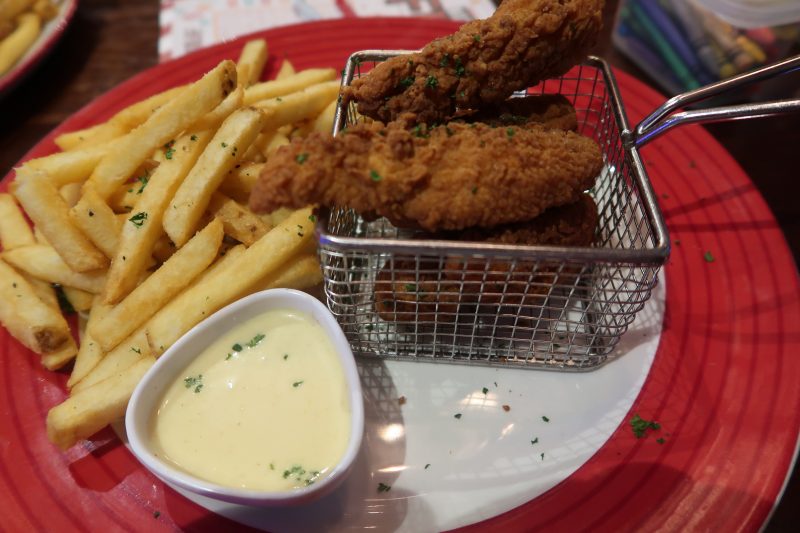 John had the Sizzling Vegetable Fajitas and although not pictured, he also got a selection of dips and also fajitas. As you can see from the picture below, there was a lot of food! That doesn’t mean any of it went to waste though! 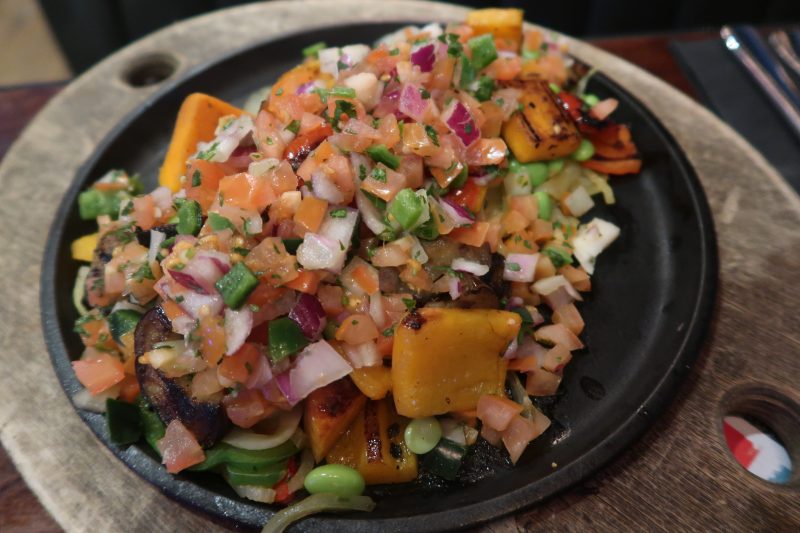 Erin had boneless bites (Golden chicken bites with crispy fries and baked beans.) This also comes with a pot of red pepper, cucumber sticks and apple slices. Some children’s menus can be quite expensive in chains, especially when it’s for a toddler but this was only £4.99 and it was a big portion! Erin was pretty happy to eat the fries and apple slices so I think she did well. This is also the first restaurant I have ever been to where toddler sized cutlery was brought out as well and I think that really deserves a special mention. 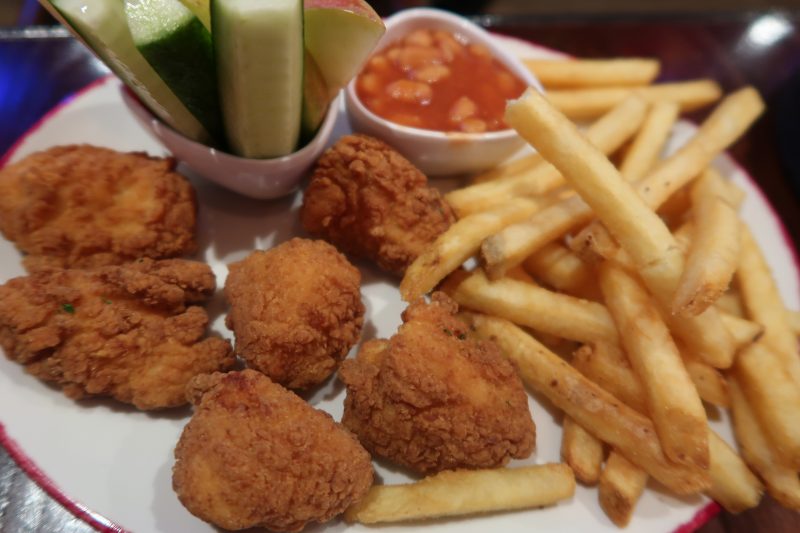 Our mains were all delicious and not much was left on any of the plates! Even though we were pretty full, Erin was asking for cake at this point so we figured we might as well. Erin had her own little chocolate brownie with strawberries while John and I had the chocolate brownie to share! 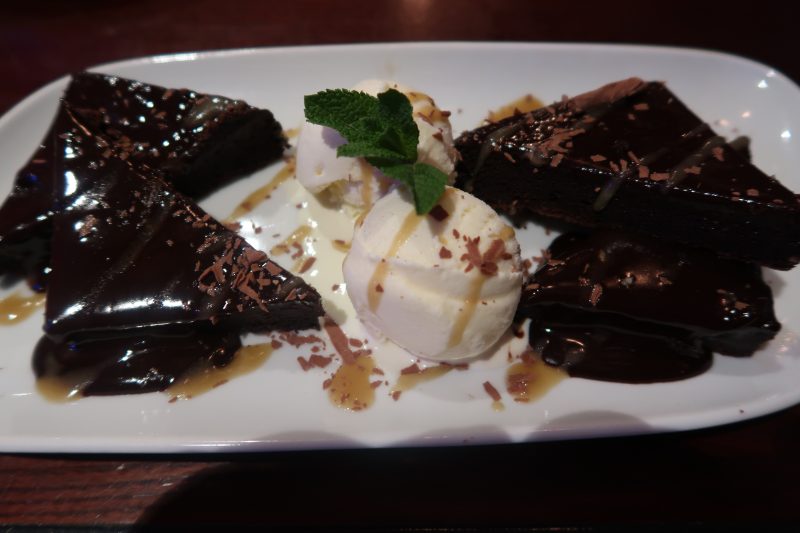 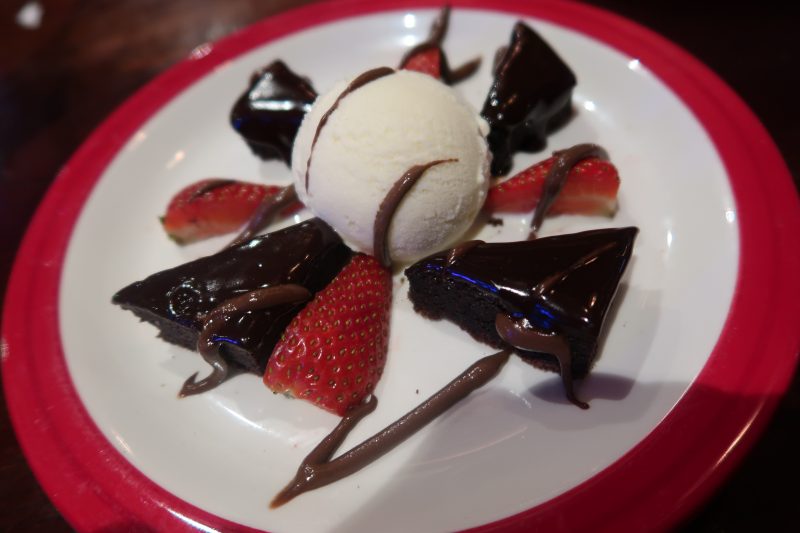 All in all, we spent about an hour and a half there for our meal and I couldn’t have faulted anything. As I said to start, our server James was amazing and made such a fuss of Erin. We never waited too long for anything and it never felt like we were being rushed or interrupted at the wrong times. Our meals, desserts and 2 drinks came to just under £50.

I used to think TGI Friday’s was quite expensive but I was really surprised at how much food we got for our money, especially right in the middle of London. I know I’ll be going back on our next visit!

Do you have a favourite dish at TGI Friday’s? Let me know in the comments!

Disclaimer: We received voucher as payment towards our meals. All opinions are our own. 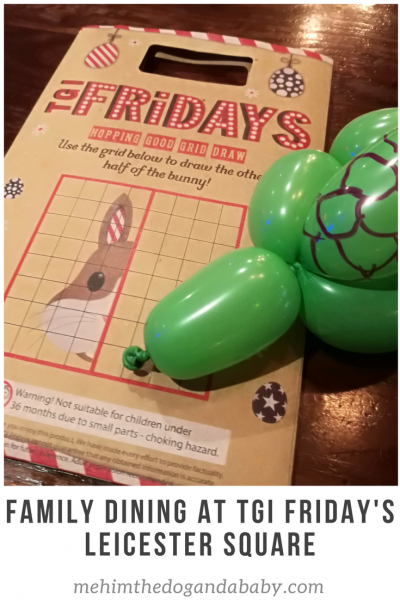